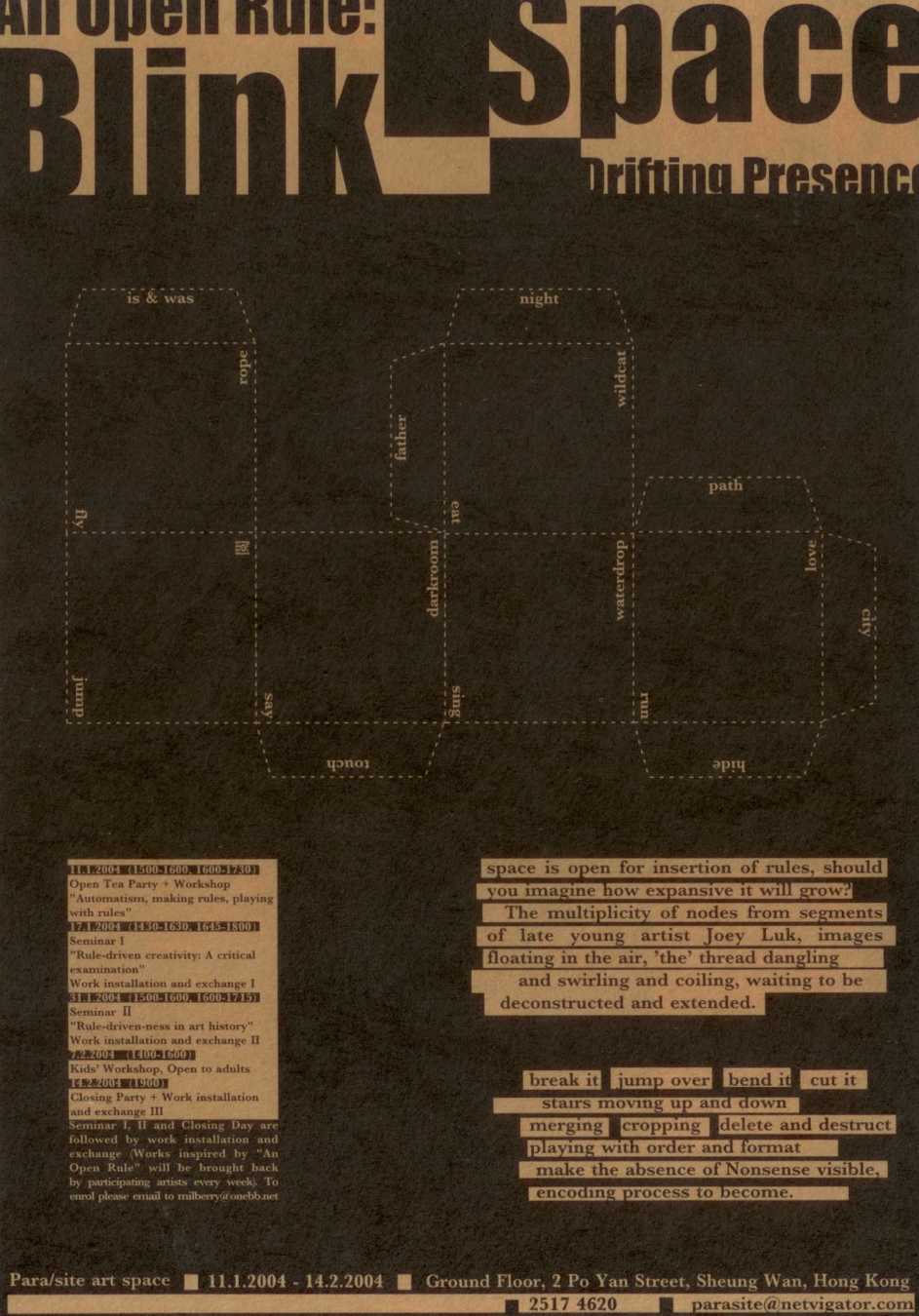 Curated by Linda Lai, this project is incited initially in commemoration of the late young artist Joey Luk Pui Man who exhibited at Para Site in 2003, but finally unfolds as a series of collaborative creative activities. Luk has previously made a few sets of rules as her creative project concerning the idea of ‘open-endedness’, ‘play’ and ‘inter-mediality’ in contemporary practice. A group of artists will create work in response to these given rules. It results in an exhibition of all these new works together with Luk’s, alongside with a series of forums, lectures, and workshops on rule-driven creativity. A catalogue is published afterward as the documentation of the whole project.

The exhibition space is not a cube■, but _frames_borders_ are to be torn off to allow the impact of rules to scatter everywhere. The rules will not restrict you from doing this and that, but give you a hand in whatever you do to the space. Break it, bend it, cut it, merge it, destroy it…as you like.

The play with order and format will begin with the encoding process and the encounter with presence/absence of sense/ ‘Nonsense’ (Lewis Carroll & Edward Lear). Open-endedness is the ultimate rule of the game. The process of moving and chaining will undermine the totality and wholesomeness of form to allow the full effect of morphing. Rules are dug out from daily exercises and unfolded beyond everyday rationality. Illusive and elusive but the resulting work will be more than you can touch, press and sense.

The gallery space will begin with the spatialized display of the video works of late young artist Joey Luk. The initial set-up will engage with the idea of presence/absence, with a lot of empty space or space of ellipses. As the event moves on, this basic set up will be modified and transformed. The multiplicity of nodes from segments of Luk’s, images floating in the air, ‘the’ thread dangling, swirling and coiling, waiting to be deconstructed and extended.

An Open Rule exhibition: Blink▀▃ Space, Drifting Presence was initially conceived in her commemoration. We have now turned it into an open creative event to extend the exploration of the open-endedness of art and rule-driven creativity. Rather than a solo exhibition with the display of prepared artworks honouring a single ‘artist’, the month-long event will be a continuous series of organized acts of spatial manipulation. Via art-making, workshops, seminars, and tea-parties, we engage critically in the many questions that Luk had raised in her works. We also invite interested individuals to re-consider questions of curatorial practice. The event wants to bring together artists, critics, writers, and educators.

Joey Luk received her BA in Creative Media at City University of Hong Kong. Her creative works had explored issues such as: What is an art object? What is art work? What does it mean to be an artist? Etc. Joey had won the IFVA Gold-award (Youth Category, 2000). Her works were presented in both local and overseas art organizations/festivals such as Microwave International Media Art Festival 2000 and Someone’s Done It Before at Para Site in June 2002. She also represented Hong Kong in the Berlin-Hong Kong Festival in 2000. The young artist was brutally murdered (June, 2003) in Moscow during her transit back to Hong Kong after a three-month artist-in-residence program in Estonia and a one-month drifting experience in North and Eastern Europe.

Work installation and exchange I 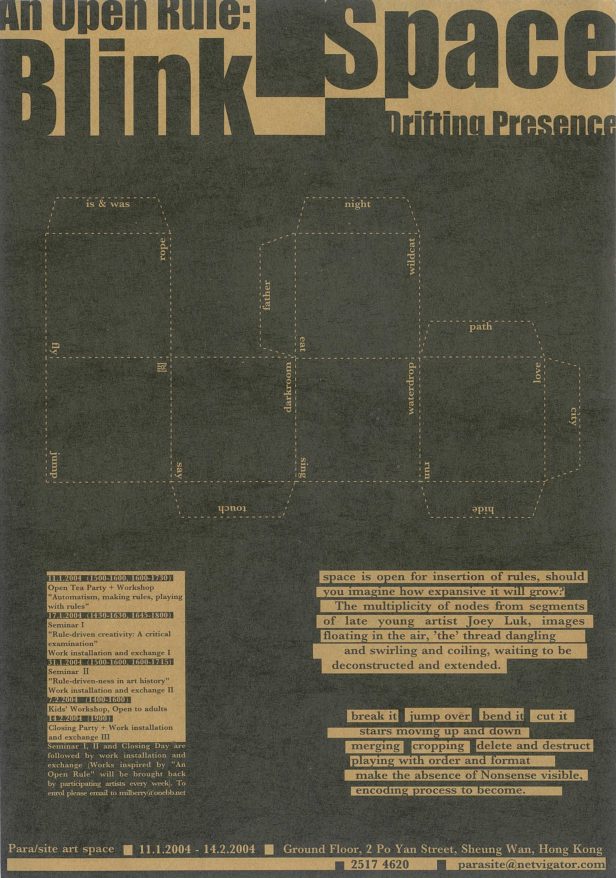 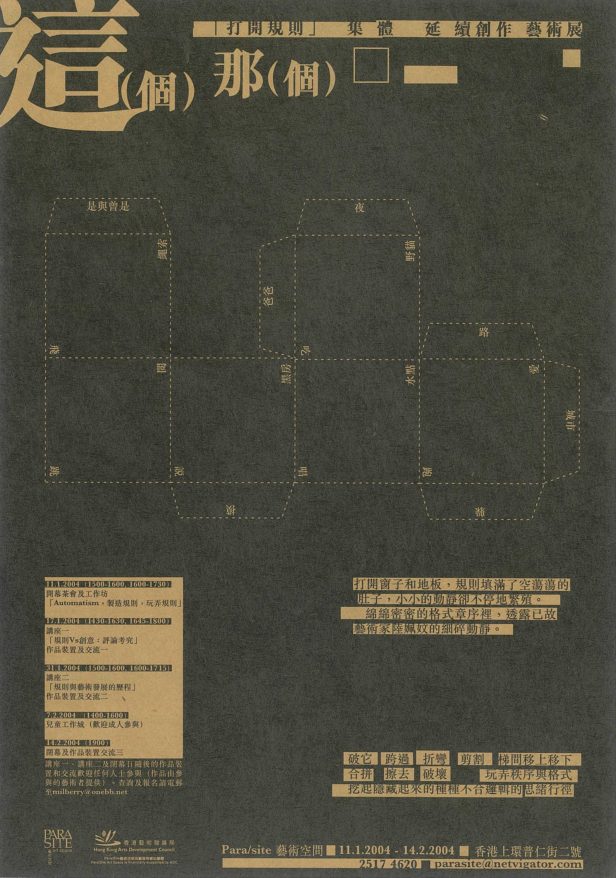 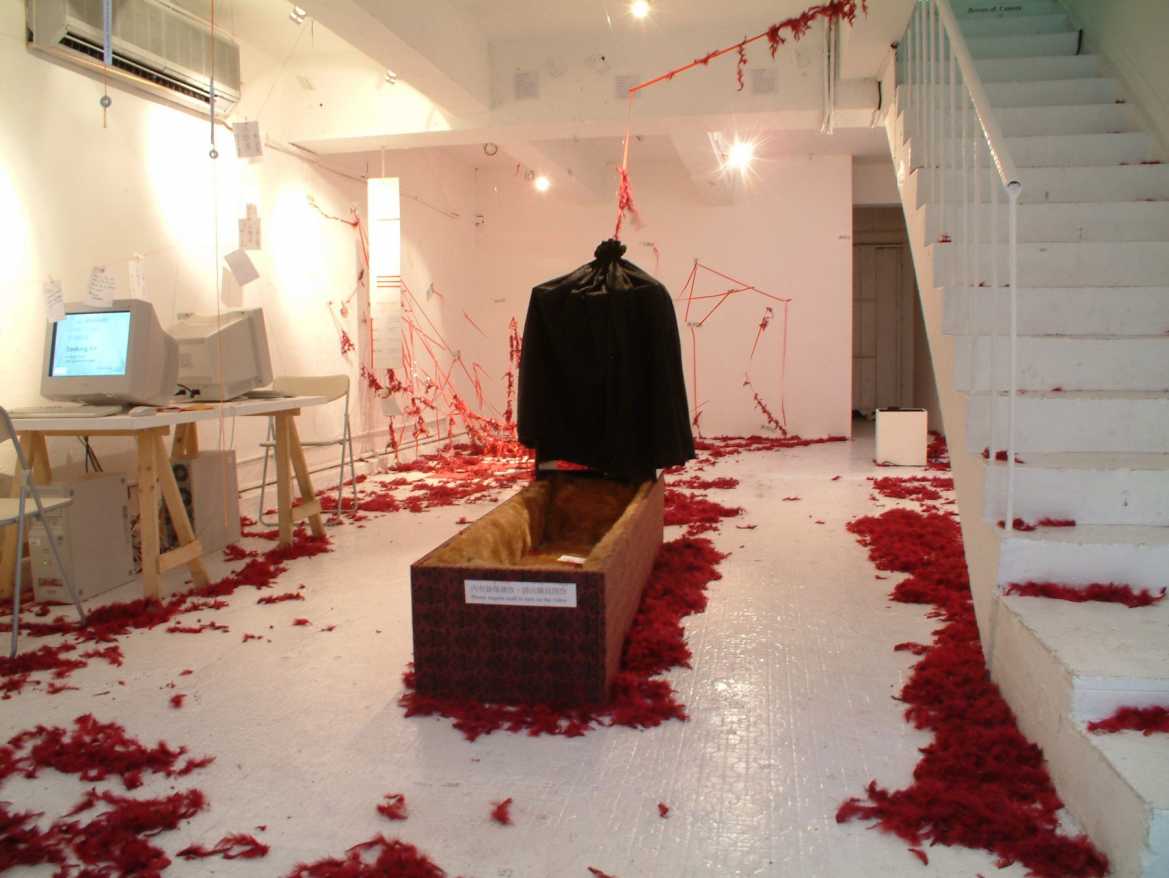 Someone’s Done It Before