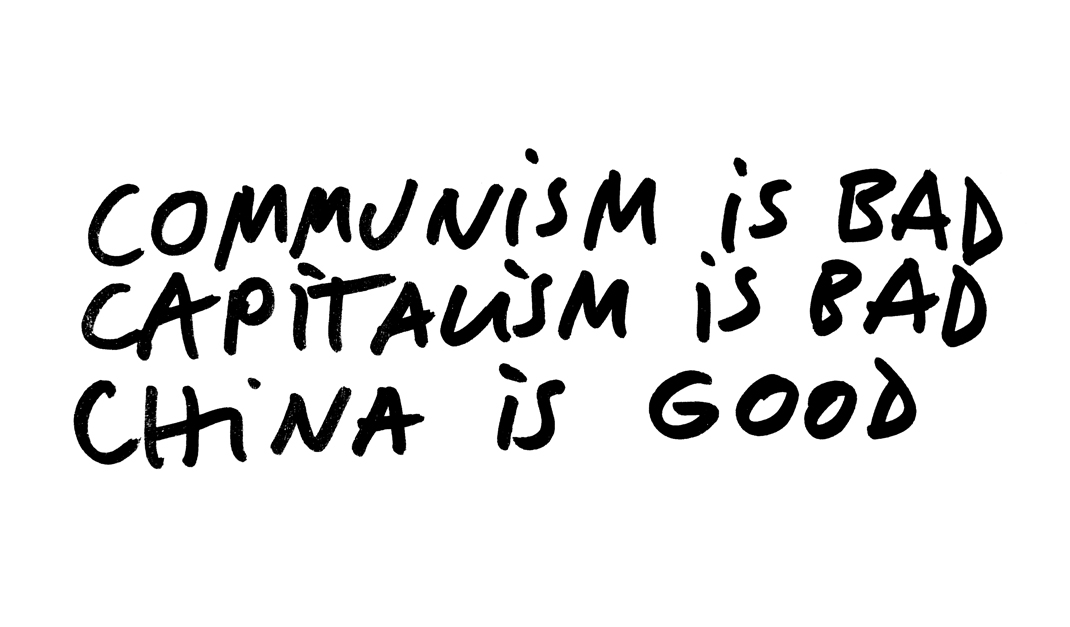 Para/Site Art Space is honored to present Dan Perjovschi solo exhibition in Hong Kong. It follows a series of artists’ projects organized by Para/Site Art Space that are responsive to the political and economic positions of the city and contextualizes this discourse regionally and globally.

Dan Perjovschi is well known for having brought the narrative of political cartoons into the realm of the museum through site specific wall drawing installations. These installations deal with the idea of the everyday and are a comment on the economic and political condition of the XXI century. The artist has translated a medium more usual of the small size format into large scale and monumental wall drawings that engage in the architecture of the location, pushing the meaning and limits of the exhibition space. Audiences follow this narrative whilst experiencing the architecture of the art space. These site specific projects are conceived by Dan Perjovschi as ongoing series in progress that connect the different art galleries that host his exhibitions.

Intelligent humor is part of his critique which hits at the core values of the society that he is looking at and creates a starting point for social debate. Hong Kong provides with a new urban background for his research as the territory epitomizes many of the issues addressed in Dan Perjovschi’s drawings, including the ideas and deconstruction of capitalism, consumption and hyper-density.

Dan Perjovschi was born 1961 in Sibiu, Romania. He lives and works in Bucharest.

His solo exhibitions include Late News at ROM, Toronto and The Institute Drawing at San Francisco Art Institute in 2010, Recession at Ludwig Museum, Aachen, in 2008, What Happen to US? at MoMA, New York and I am not Exotic I am Exhausted at Kunsthalle Basel in 2007, The Room Drawing at Tate Modern, London and On the Other Hand at Portikus Frankfurt in 2006, and Naked Drawings at Ludwig Museum, Cologne in 2005.

He participates at group shows like Lyon Biennial in 2009, the Sydney Biennial and Fifth Floor at Tate Liverpool in 2008, The Magelanic Cloud at Centre Georges Pompidou, Paris and the 52nd Venice Biennial in 2007, New Europe at Generali Foundation, Vienna and the 9th Istanbul Biennial in 2005.

His first retrospective exhibition States of Mind was held at Nasher Museum of Art at Duke University in 2007. 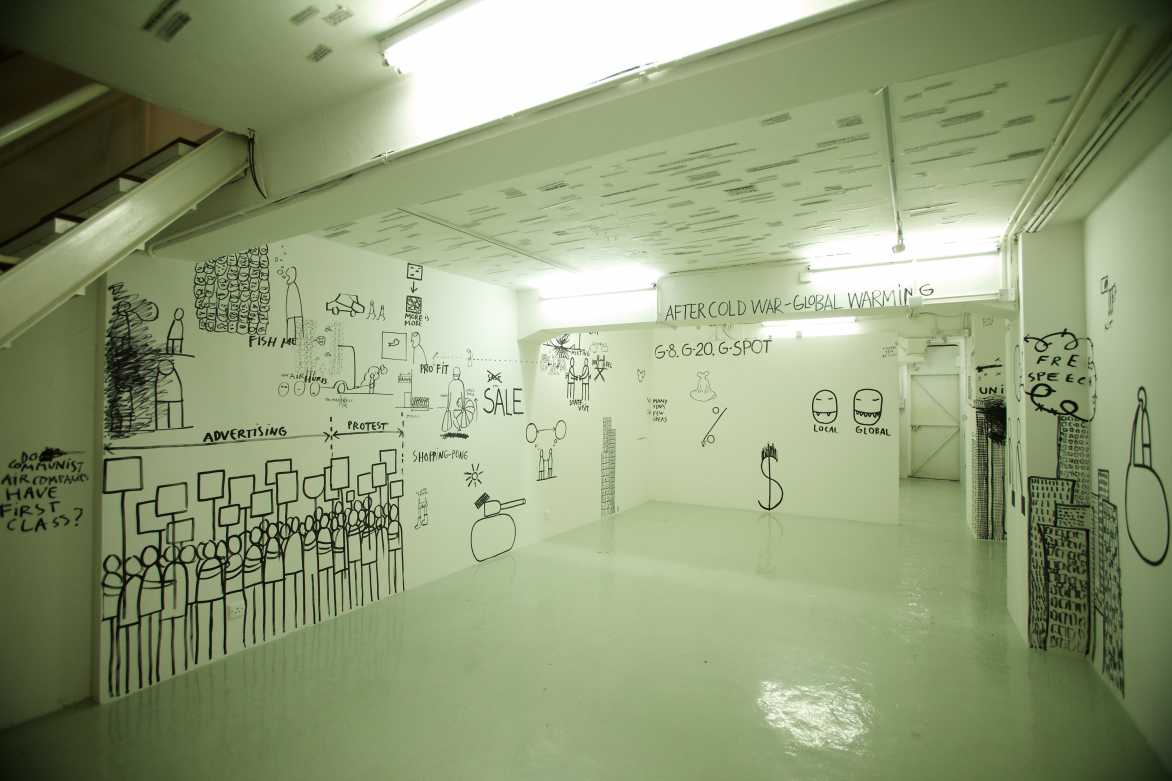 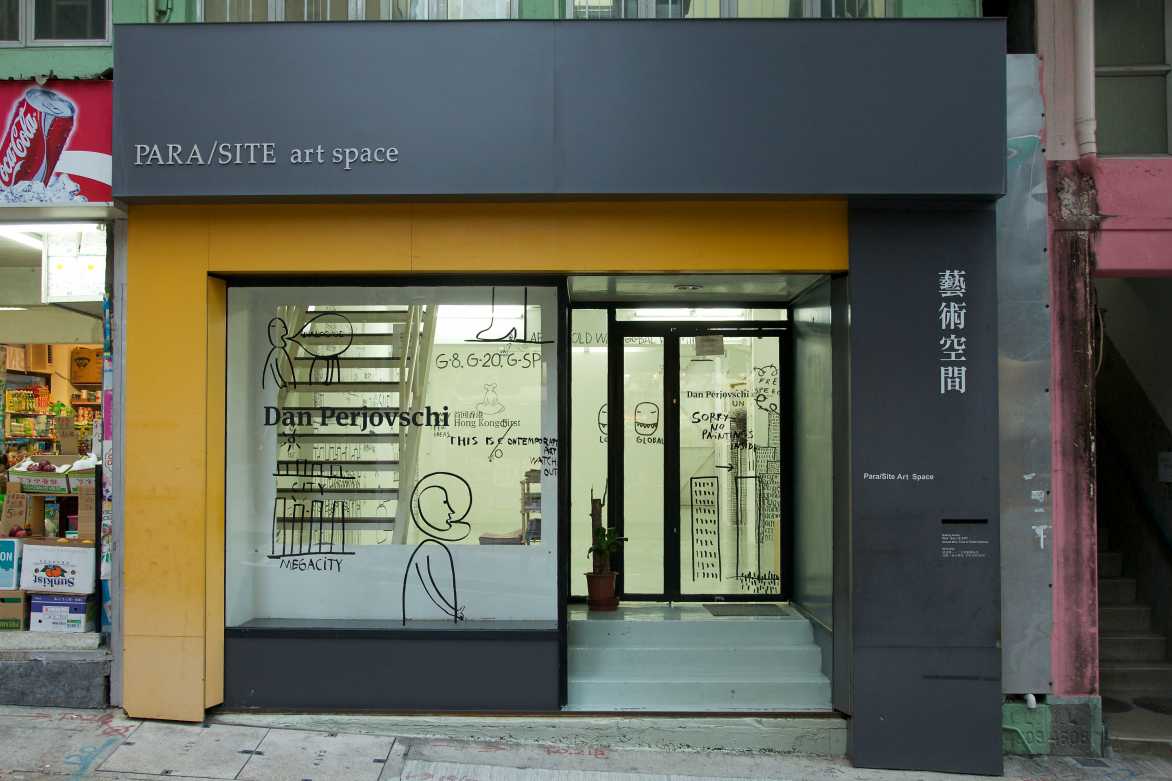 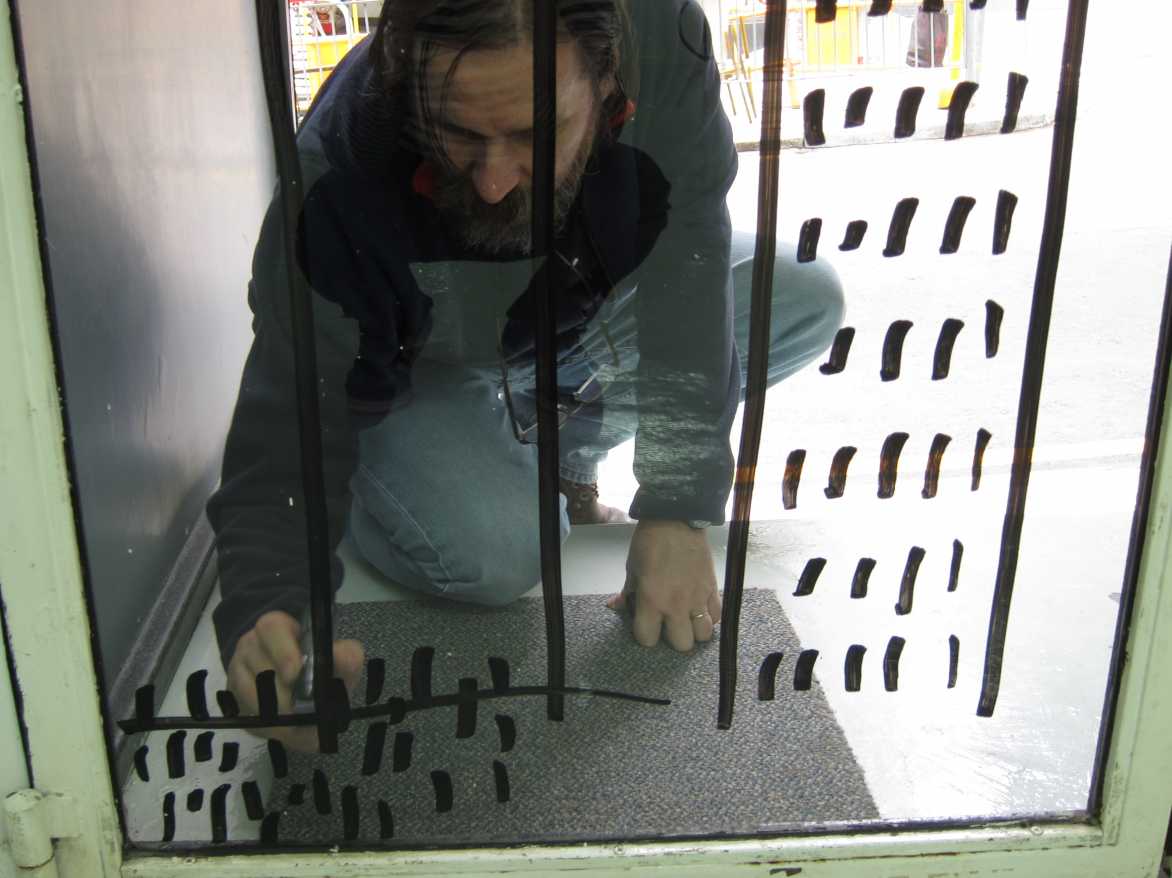 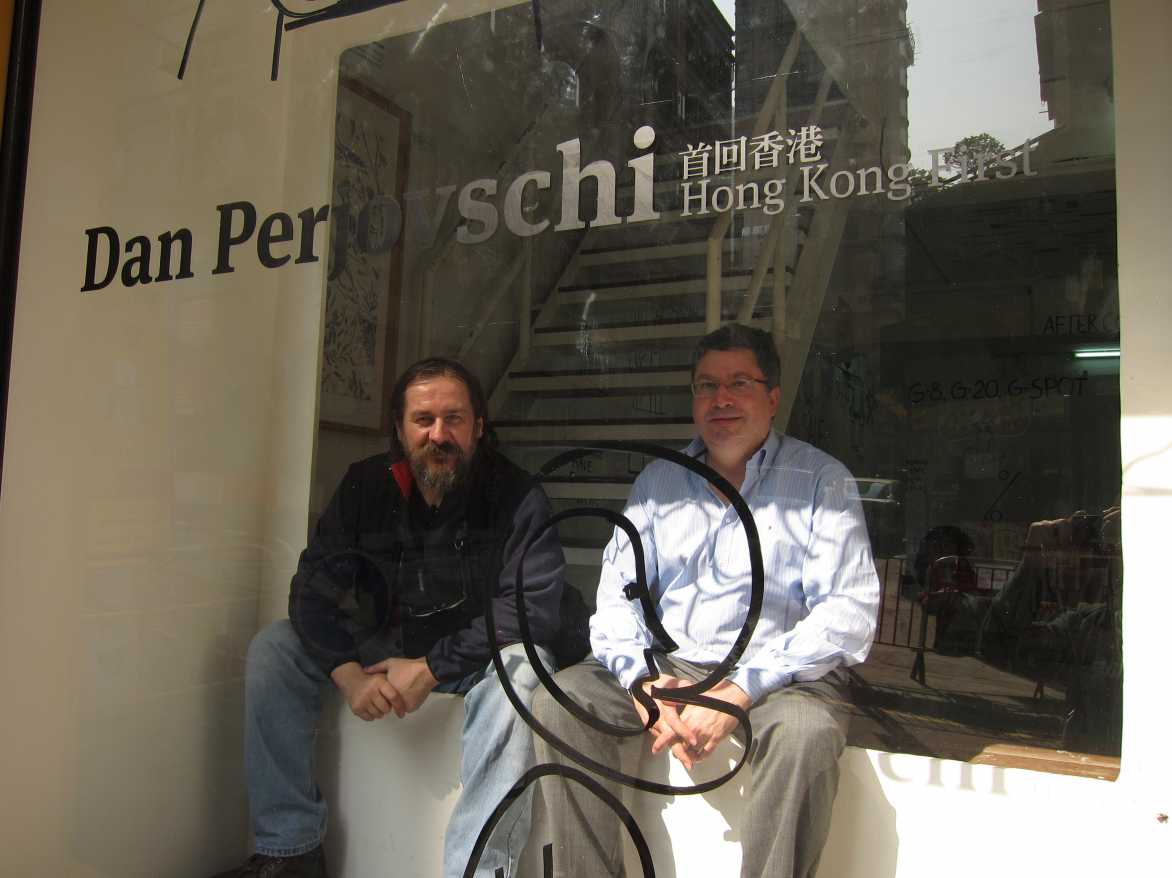