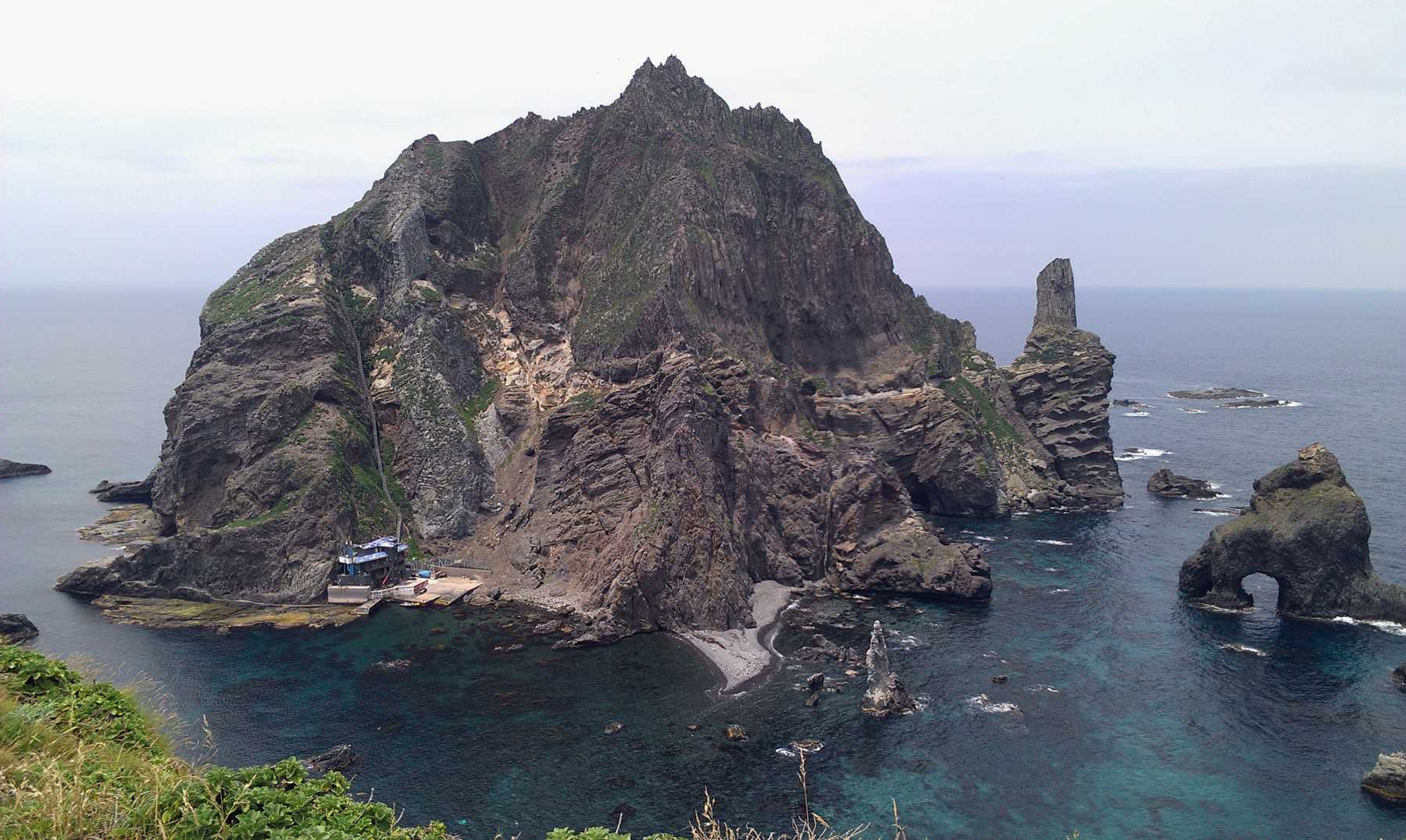 Para Site and Spring Workshop are proud to present an inquiry into the current ideological turn towards nationalism and confrontation in East Asia, looking at sci-fi and fiction, popular culture and art.

The exhibition focuses on the ideological, historical, mystical, and fictional interpretations of the small, remote, largely uninhabited and unvisited islands claimed in one combination or another by every single nation in East Asia. These geographically insignificant rocks have become in recent years the focus of growing nationalism in the region and sites for projecting imperial pride and power, and are considered a dangerous sign of things to come. But why islands? Could there be a deeper reason, one that is rooted in myths and cultural patterns for millions to project their most radical politics over pieces of land that are effectively invisible on regional maps and might not even really exist?

The show opens with a reproduction of a work by the Edo period Japanese printmaker and painter Katsushika Hokusai, depicting turbulent waves breaking against rocky shores. The artist who most directly addresses national identity and radicalism ignited by disputed islands, James T. Hong makes a film based on his visit to Dokdo/Takeshima and attempt to land on Diaoyutai/Senkaku. The work is also the site for the artist’s ritual and personal apology for WWII casualties as well as a contemplation of his own disputed identity as an Asian American. The ruins of Japanese imperialism off the shores of Asia and across the Pacific are also present in the work of Julieta Aranda, who develops a film roll she found on the beaches of the island of Kiribati, once a battle field in the Pacific War. The result is an abstract poem on time and loss. The 1929 novel Kanikosen by Takiji Kobayashi, later adapted to a manga, tells the story of a crab cannery ship’s crew in the open sea, off the shores of Kamchatka, as they struggle under capitalist exploitation. The ship is a metaphor for a drifting island that is, at its turn, a metaphor for an entire society in convulsion.

Through a more abstract vocabulary, the work of Rosa Barba looks at the deep emotional and psychological attachment people hold to their territory. Filmed in a fictional Scandinavian location, the video casts a remote community who desperately tries to stop the island where they live from drifting, from losing its identity and foundational myths. The representation of a certain image of interiority also appears in the paintings of Zheng Guogu, referencing Buddhist iconography to depict emotional space.

The anxieties of insularity are relevant to the cases of both Singapore and Hong Kong, and their own conflictive identities in relation to their neighbors. Charles Lim presents a systematic depiction of every single sea buoy marking the maritime border between Malaysia and Singapore, each captured from both sides. Pak Sheung Chuen sketches an anti monument to an island that feels ever more politically uncertain. The future of Hong Kong is also fantasized in the science fiction cartography of MAP Office and their dystopian societal systems.

Drifting the spectator to another context, the work of Alvaro Barrios is set on the 1982 war between Britain and Argentina over the disputed Falklands Islands, known to Latin Americans as Las Malvinas. Occurring barely a few years before what seems now as the unconditional surrender of the highly populated and economically significant island of Hong Kong, the Falklands War was fought over a barren plot of land, located an ocean away from London. It was however a last convulsion of a decaying empire, one that ignited British nationalism and secured Margaret Thatcher’s reelection.

Vernacular and traditional culture, science fiction and identity appear again in the works of Howie Tsui and Ming Wong (in collaboration with Thomas Tsang/Dehow Projects). Tsui’s fresco and drawings employ martial arts, pop culture and traditional Chinese imagery to convey a landscape of fear and horror. As part of the Wong’s long-term endeavor on the unconscious relationships between sci-fi and Cantonese opera, the structure built in the exhibition departs from the oceanic landscape appearing in Tarkovsky’s Solaris (1972) and its infinite horizon of islets. In this work the vortex of space conquest collides with the vortex of antiquity, becoming a site where a Chinese sci-fi plot is imagined. 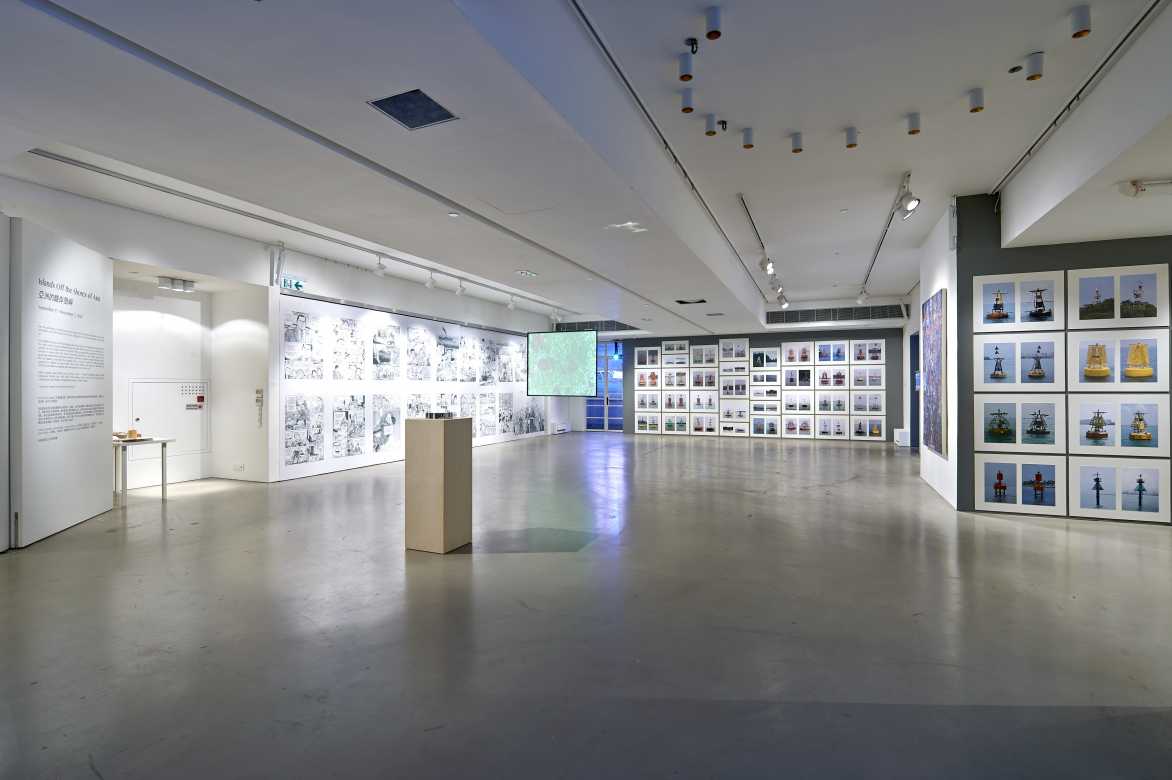 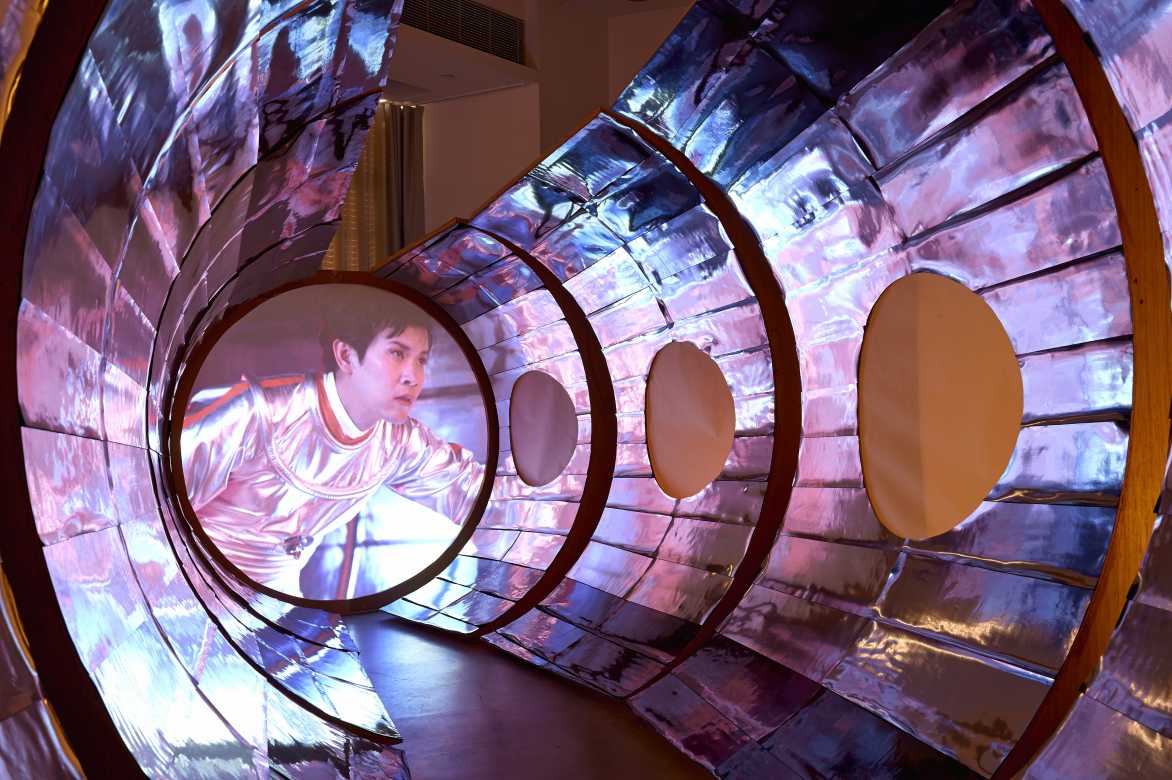 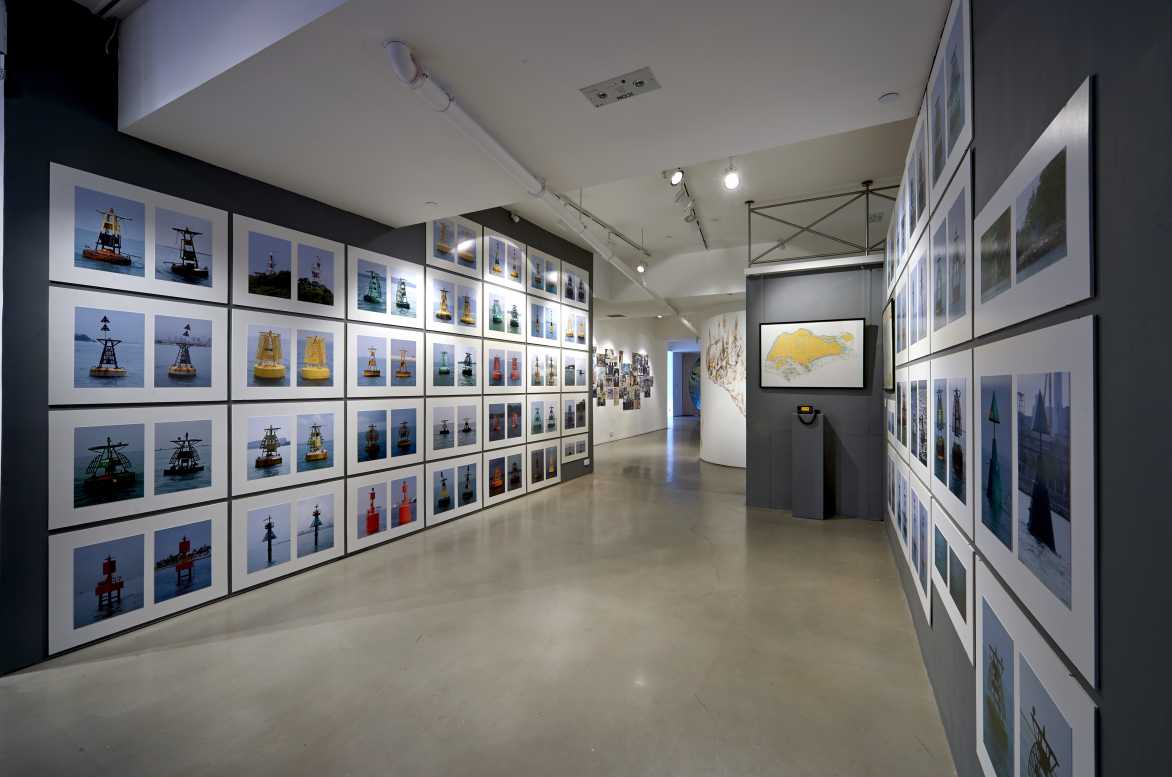 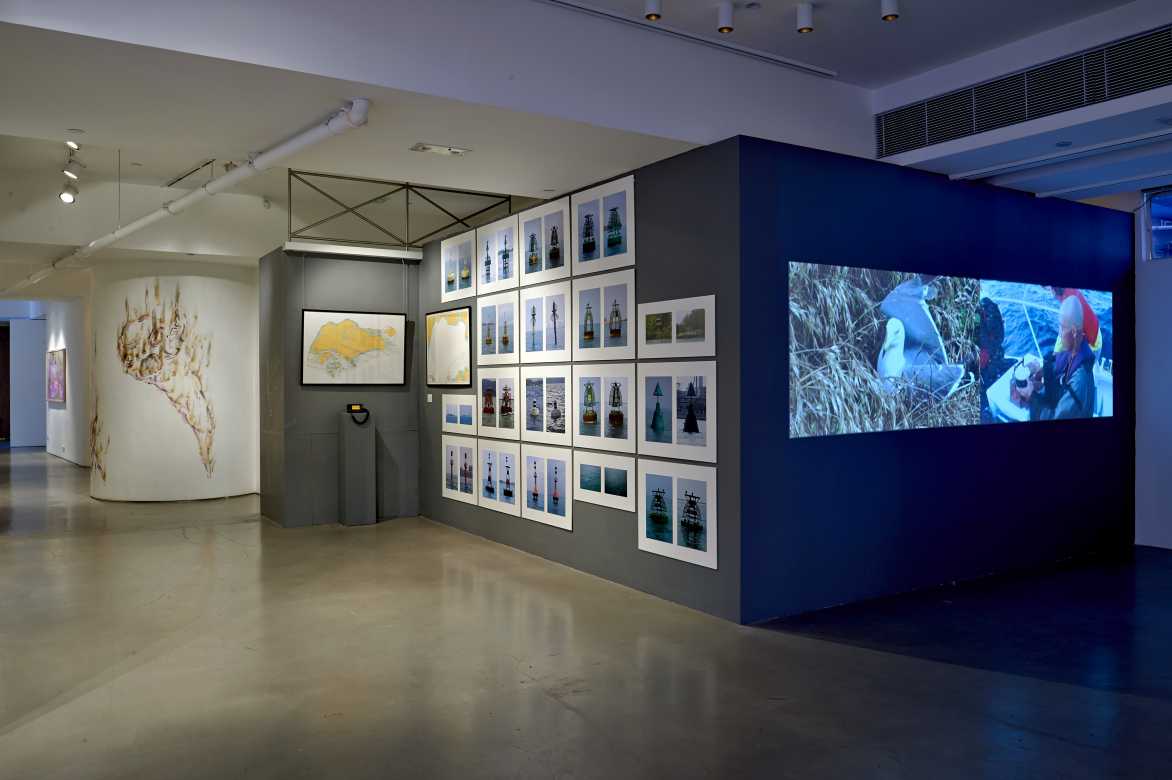 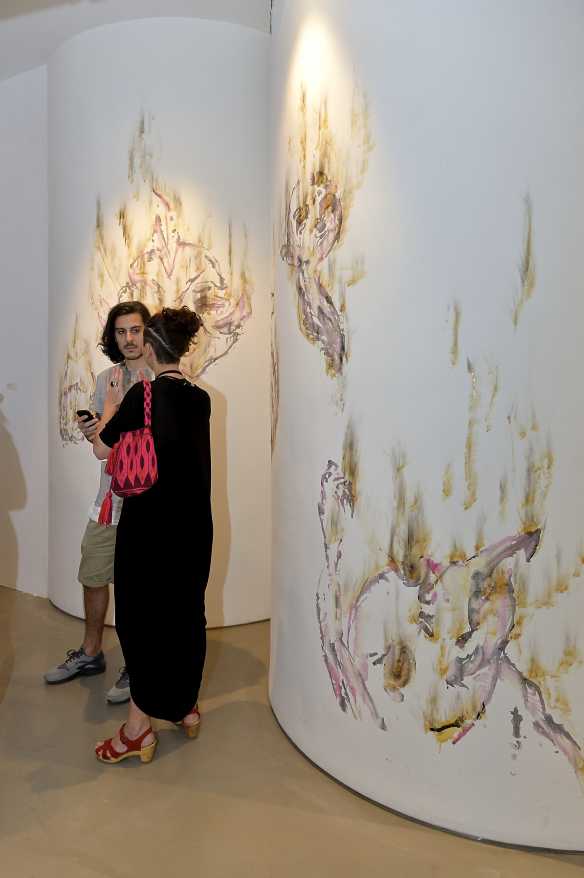 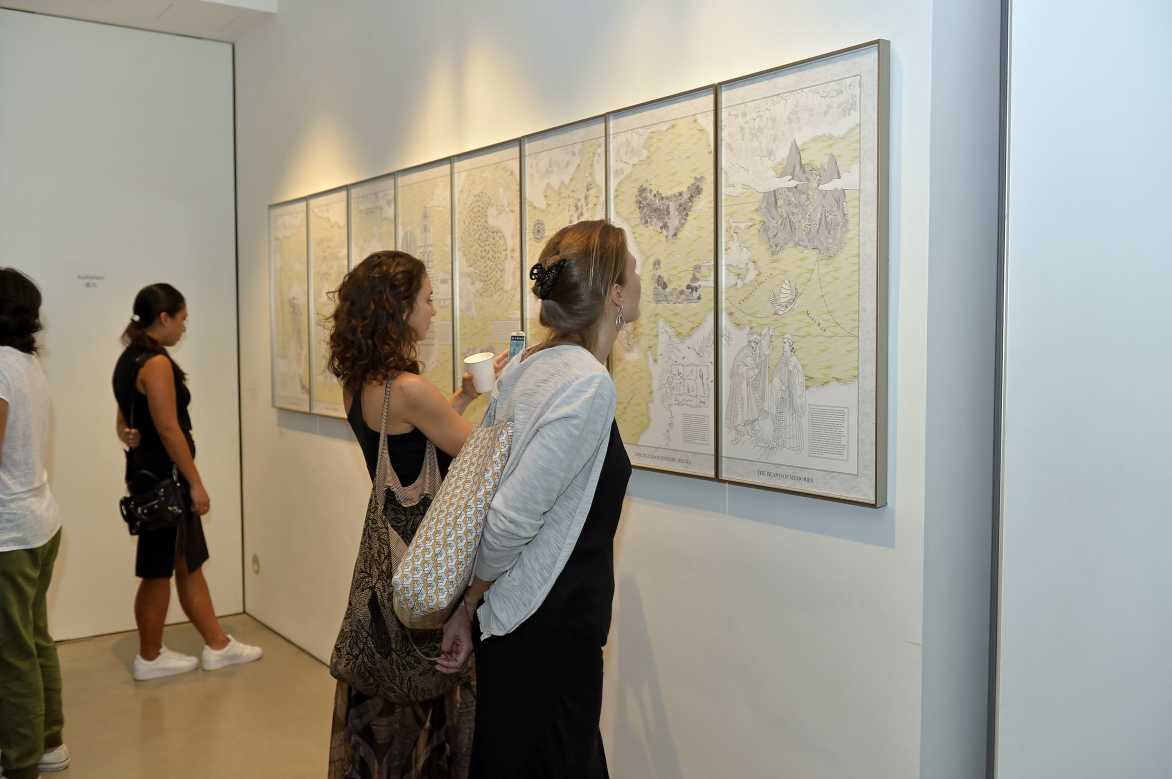 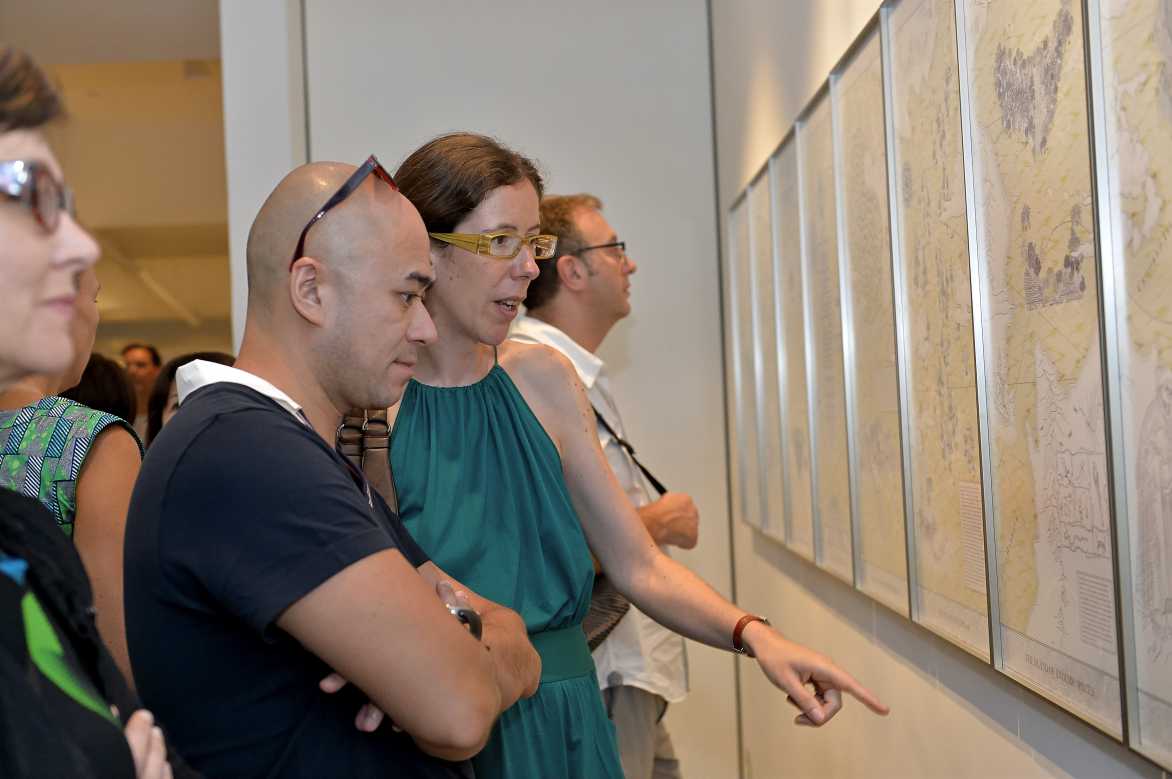 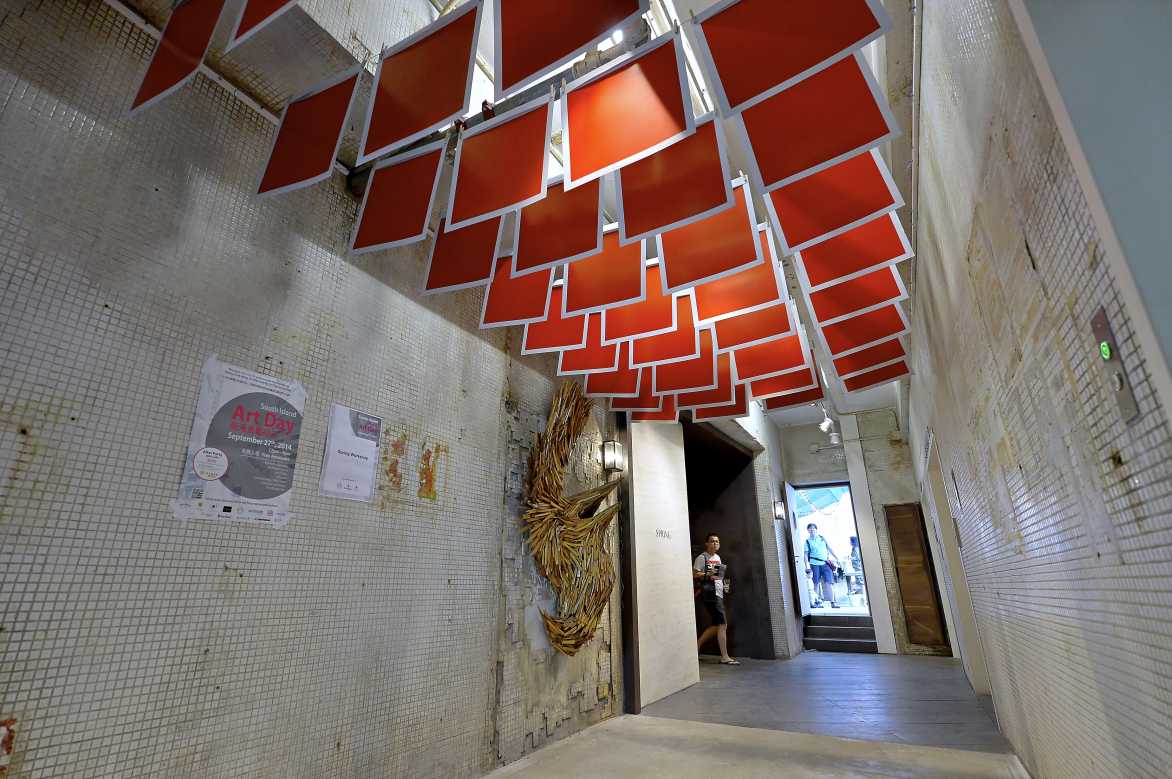 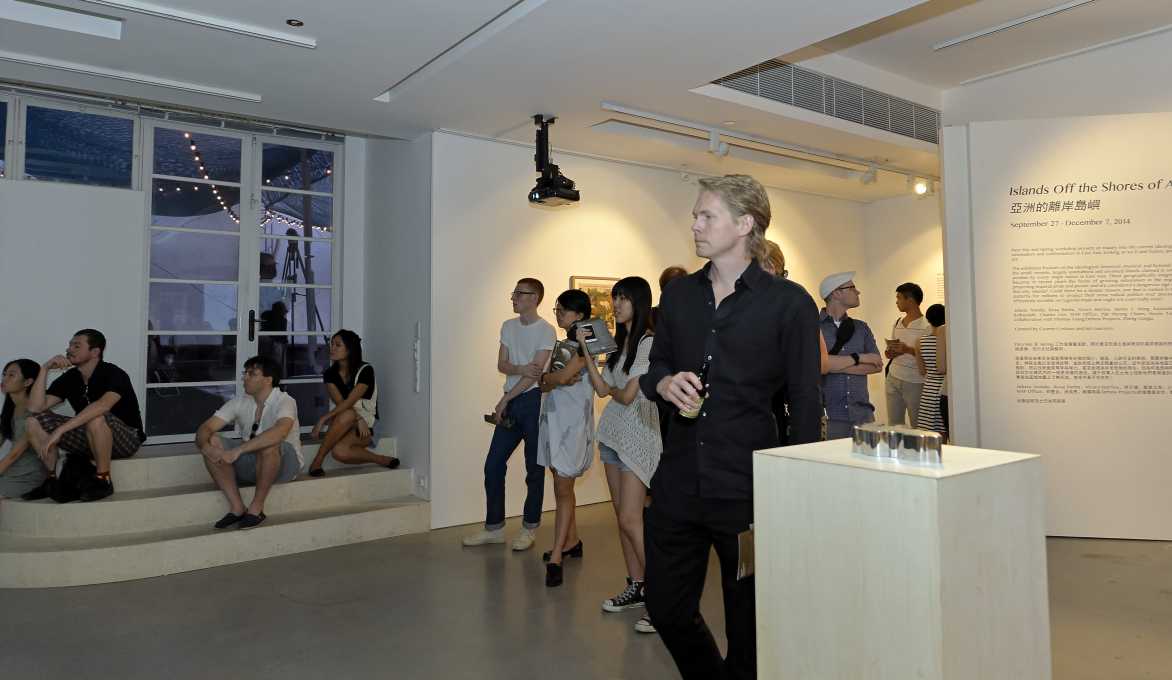 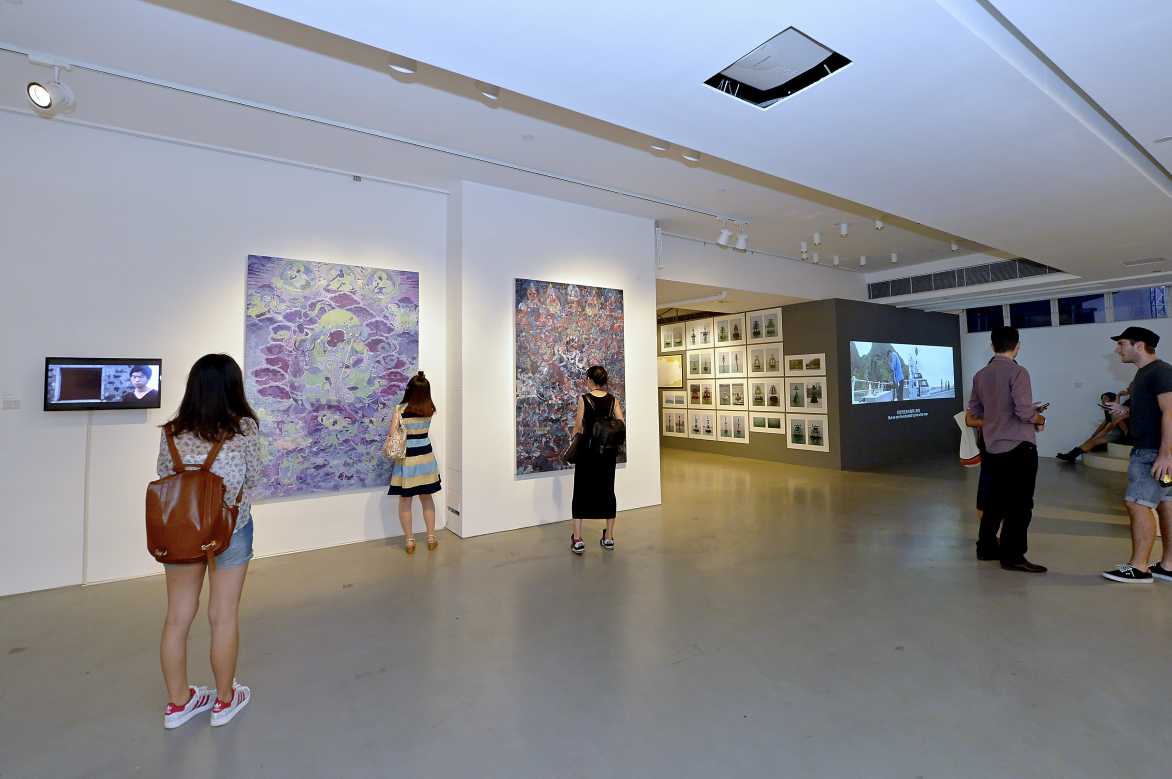 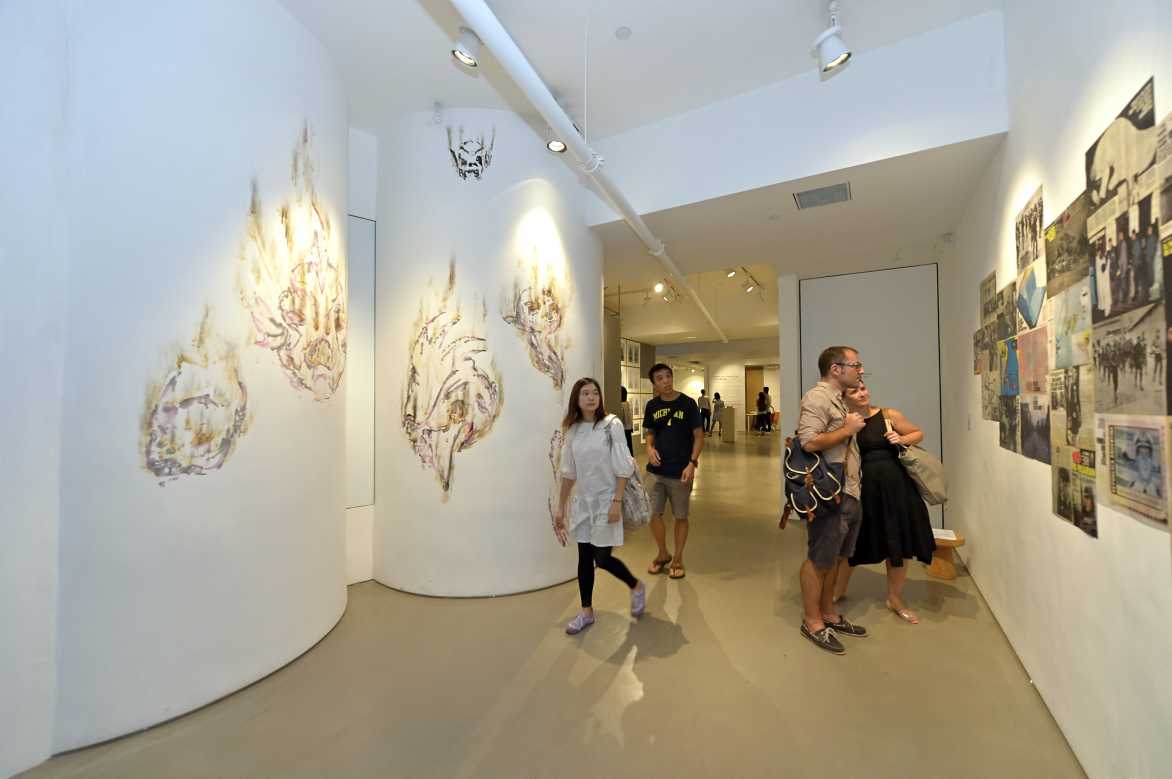 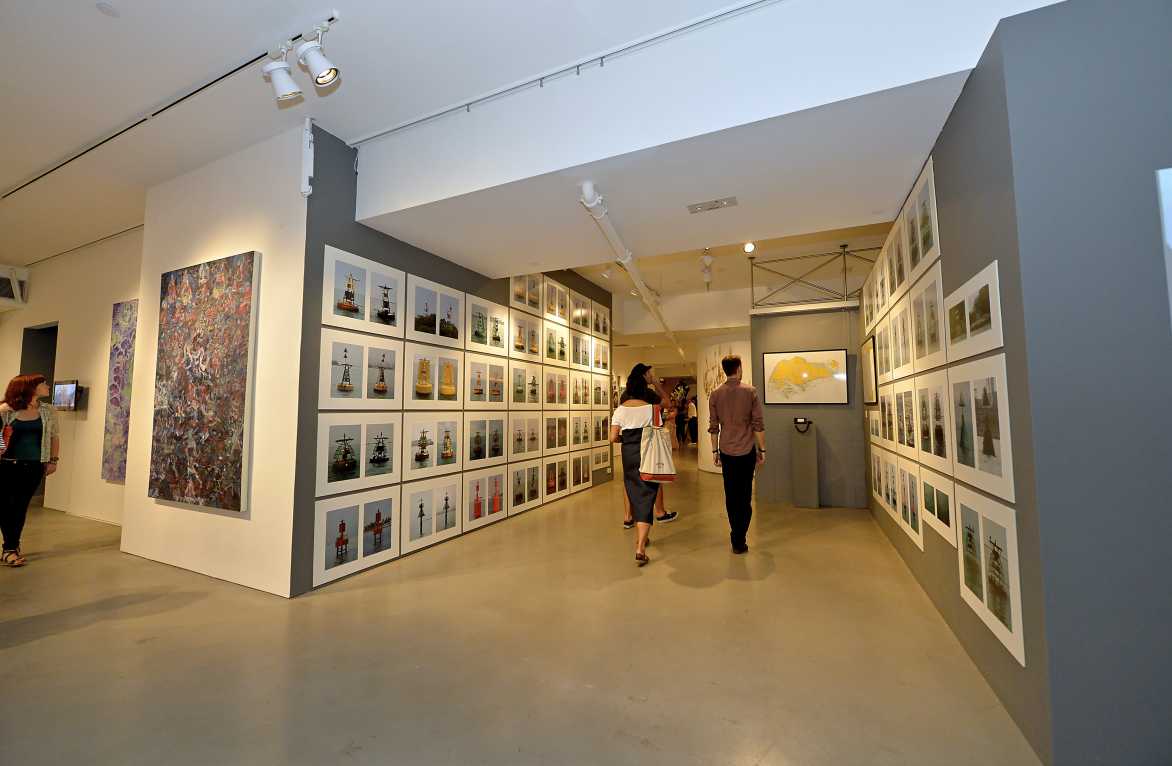 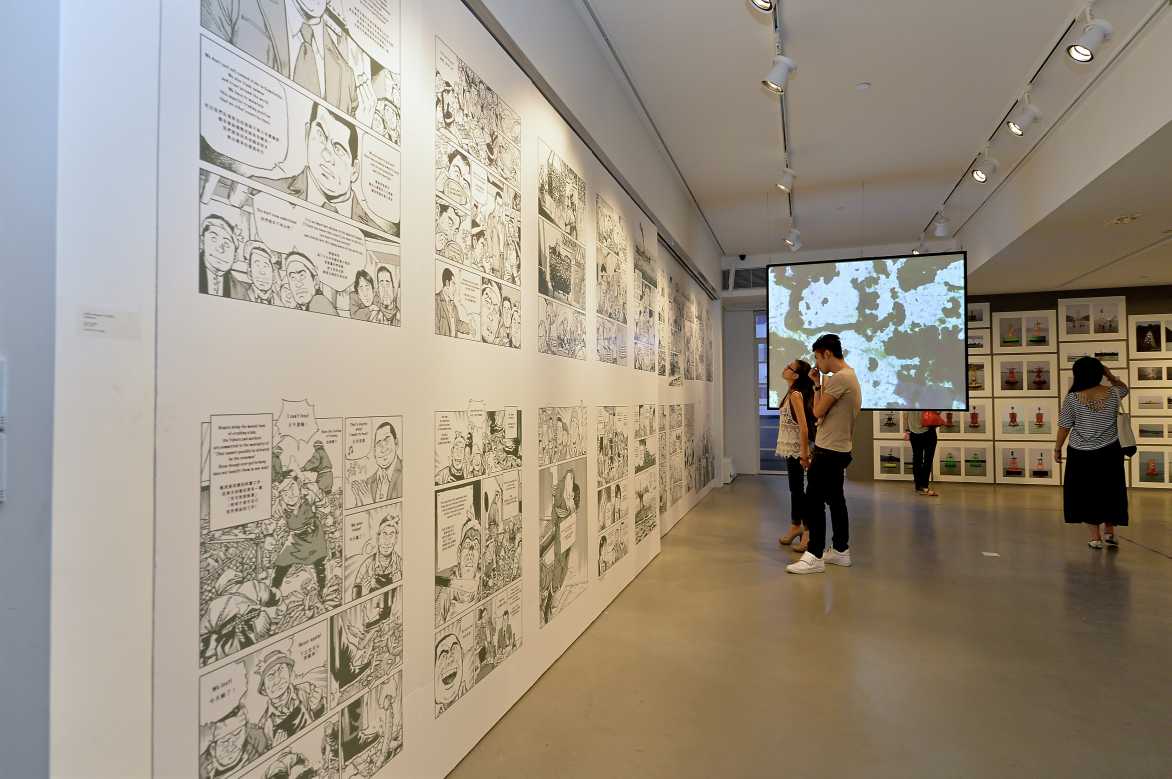 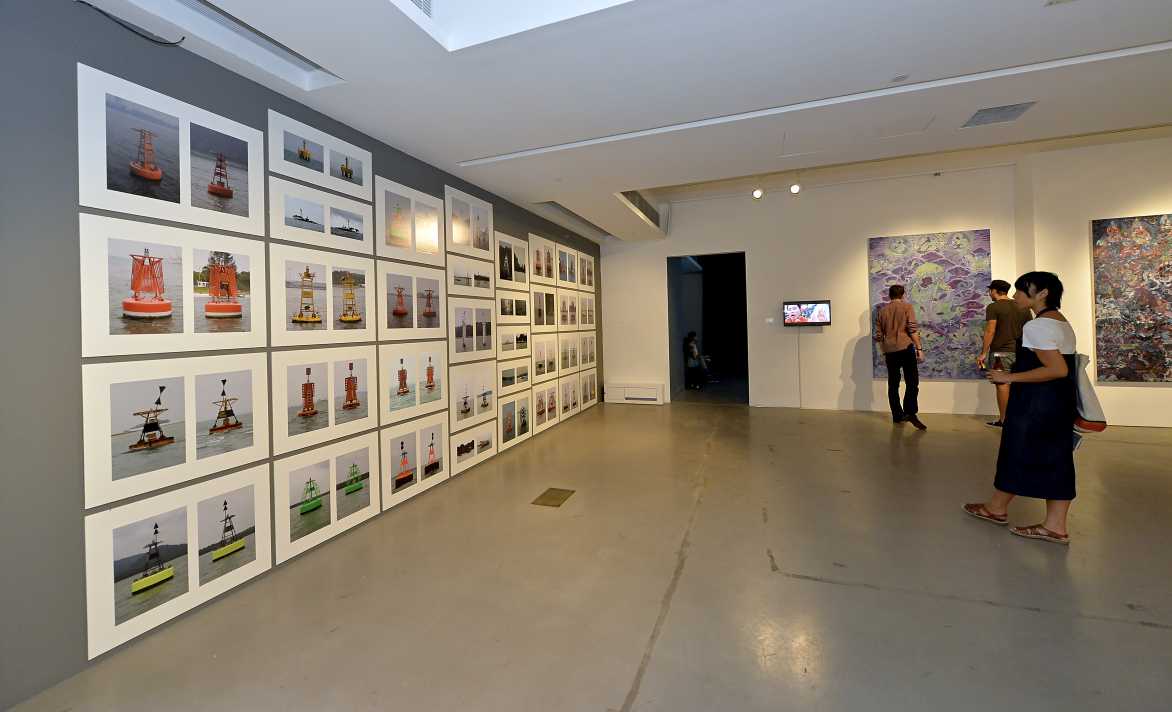 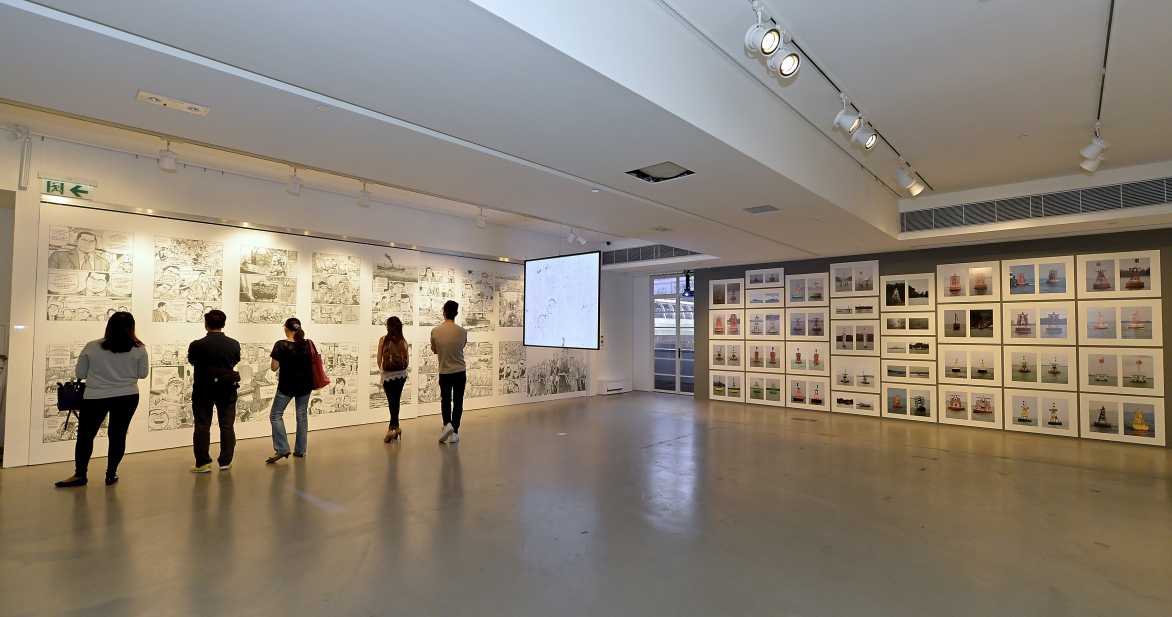 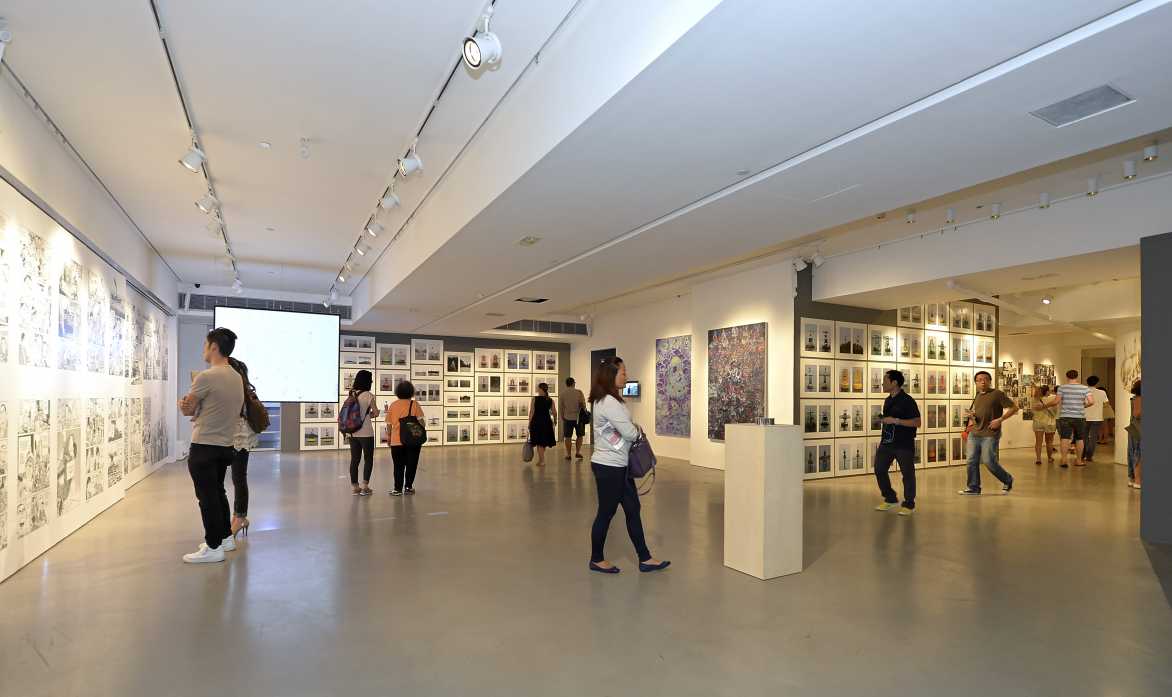 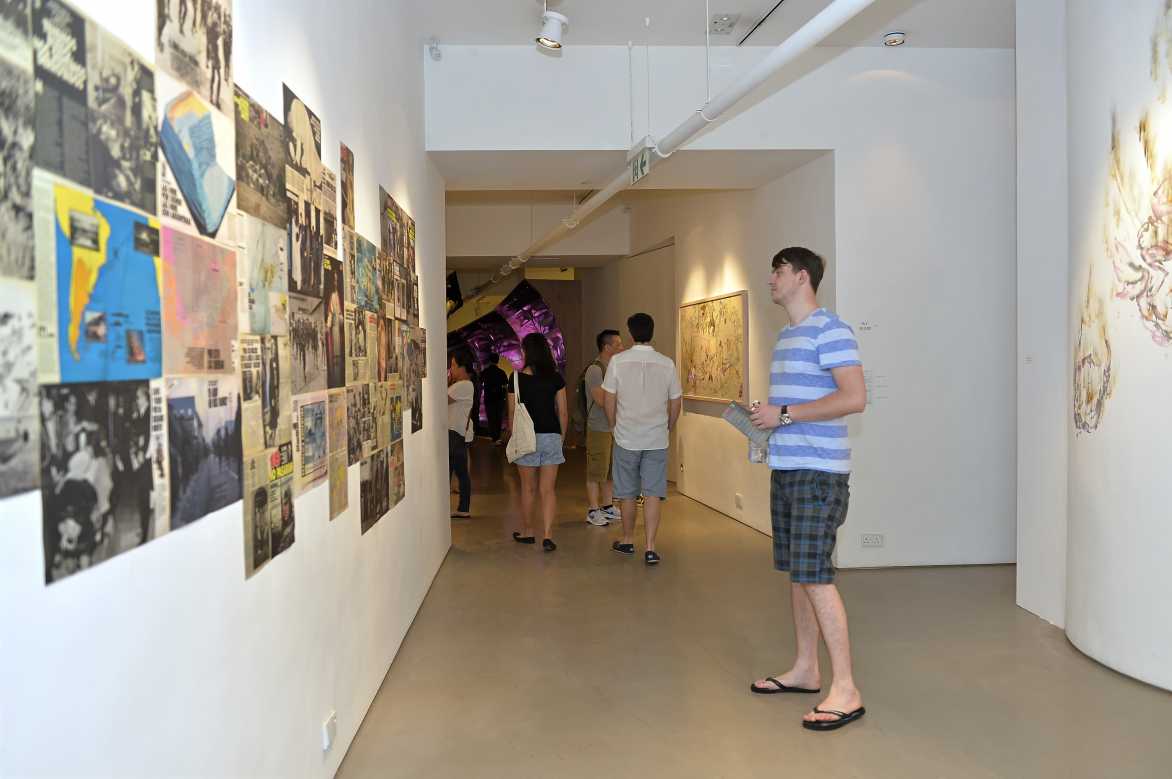 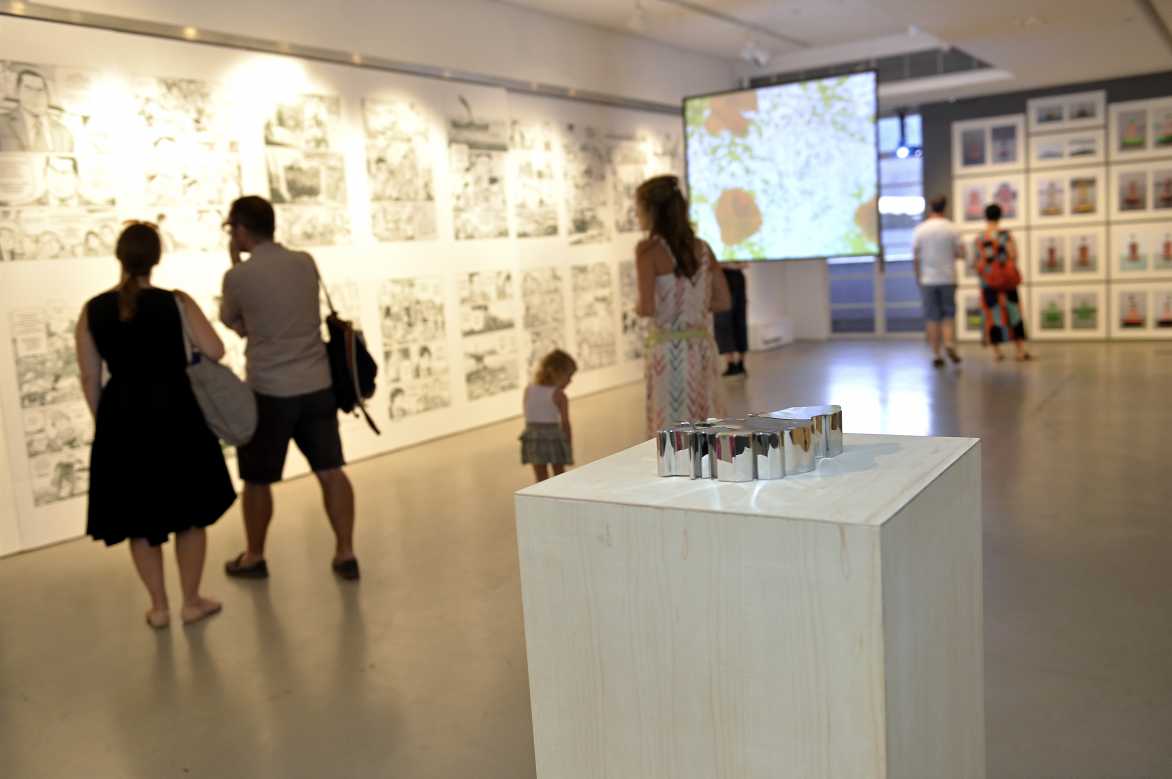 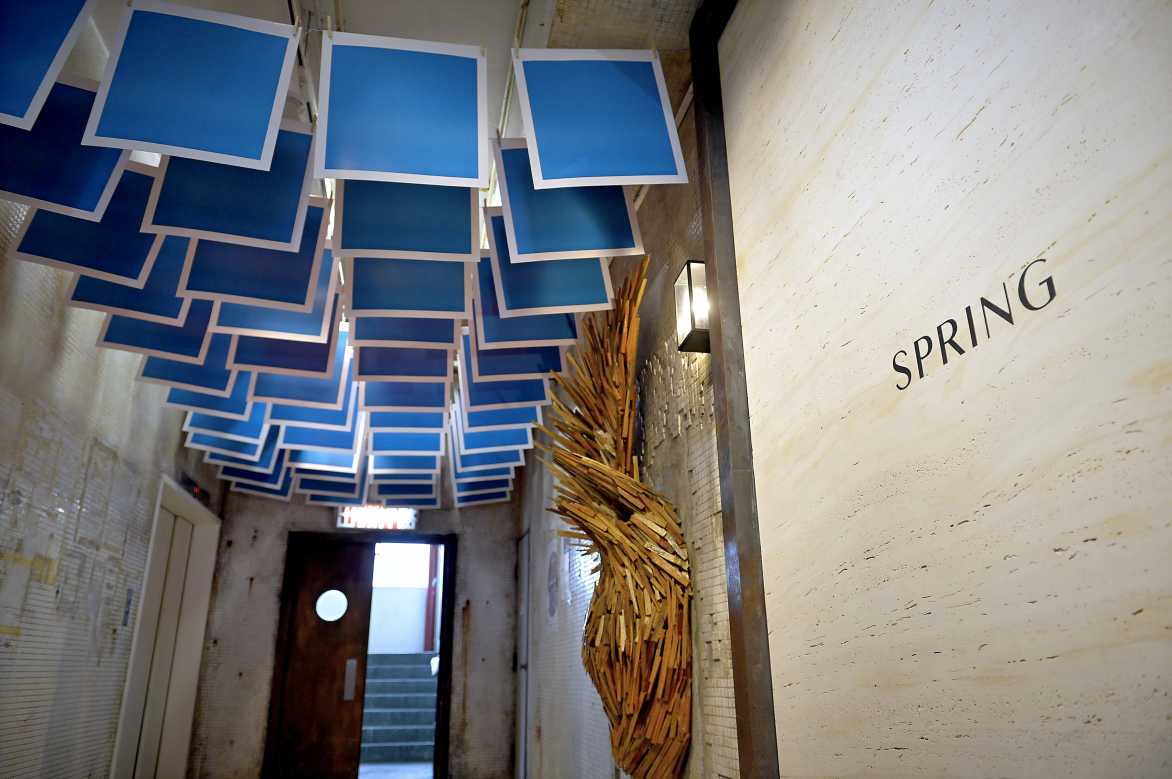 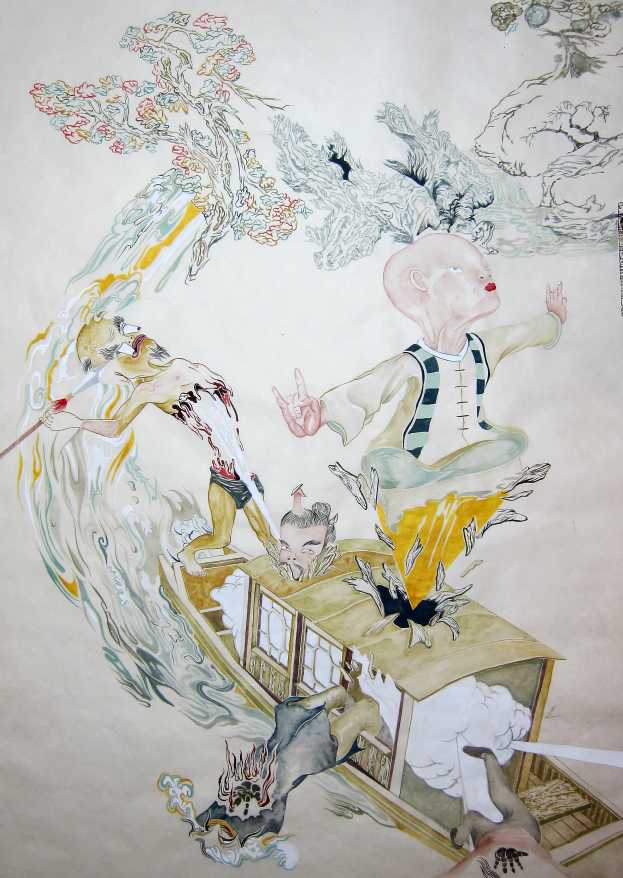 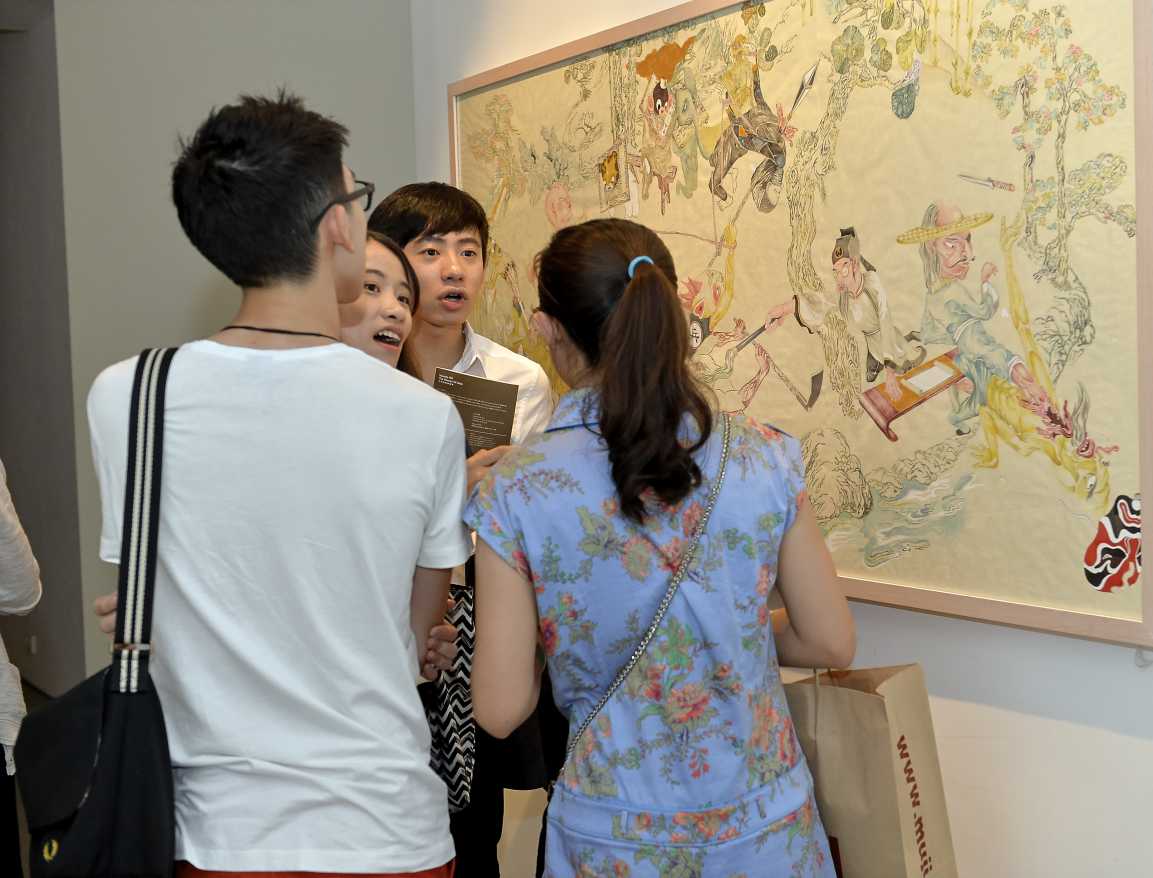 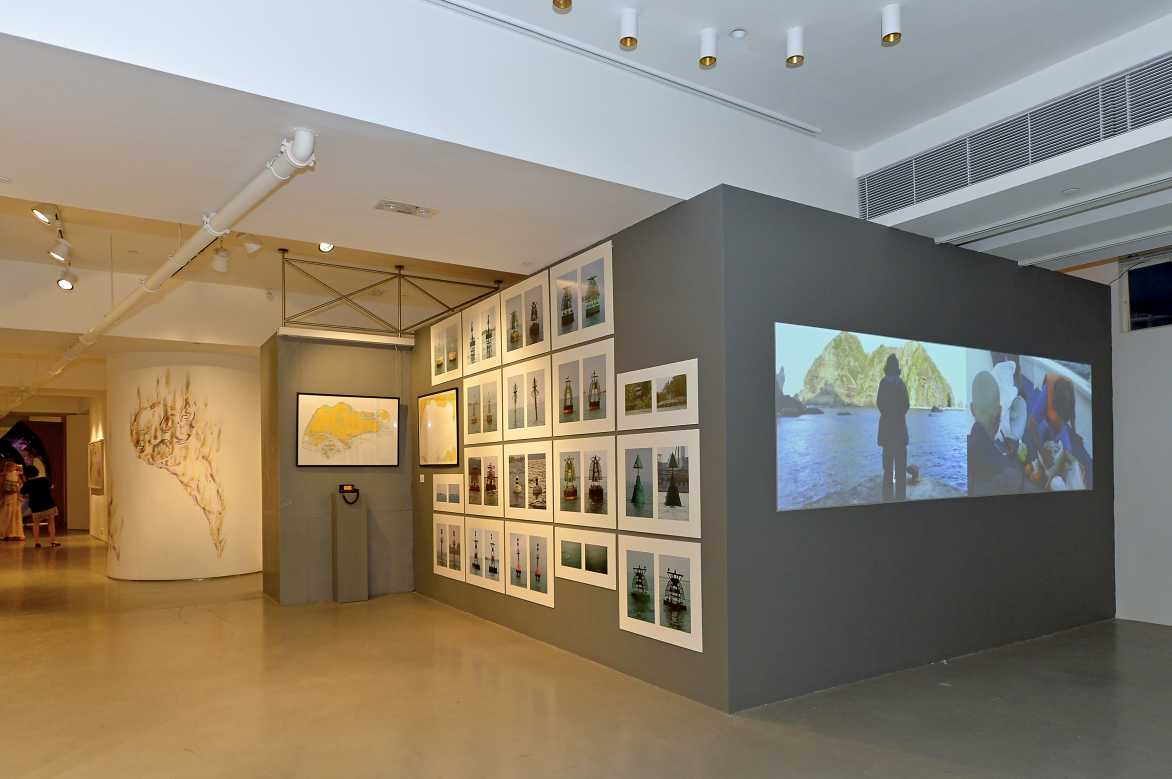 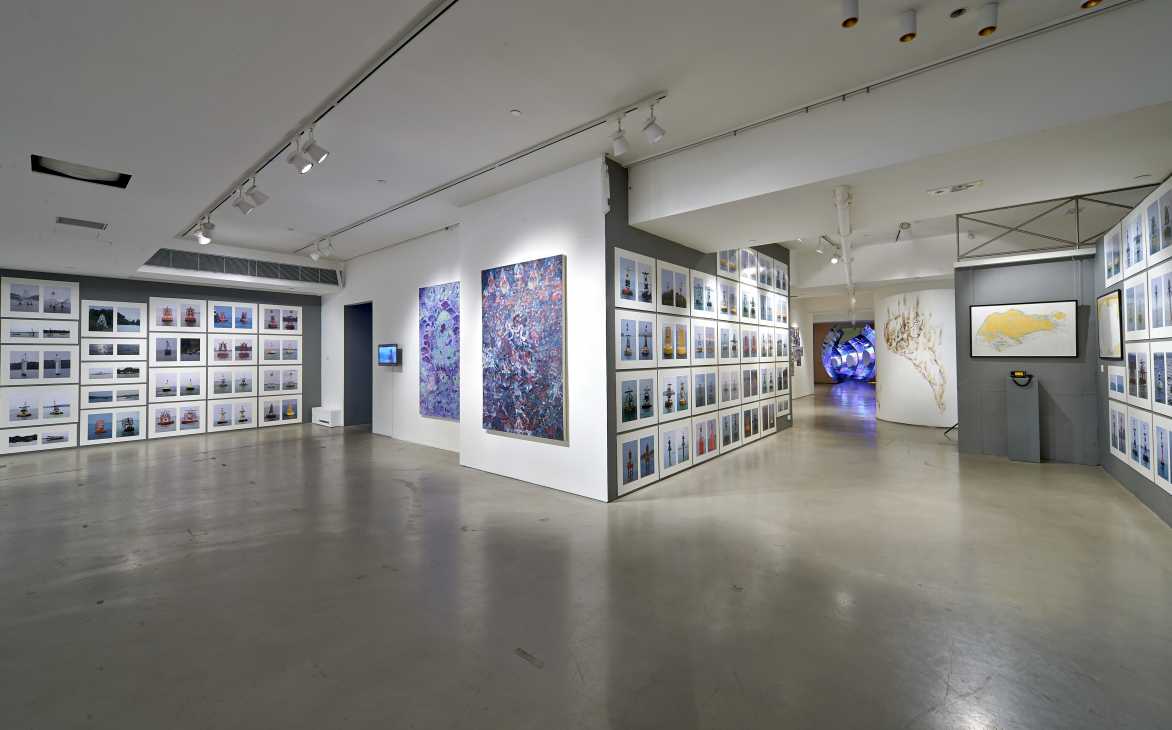