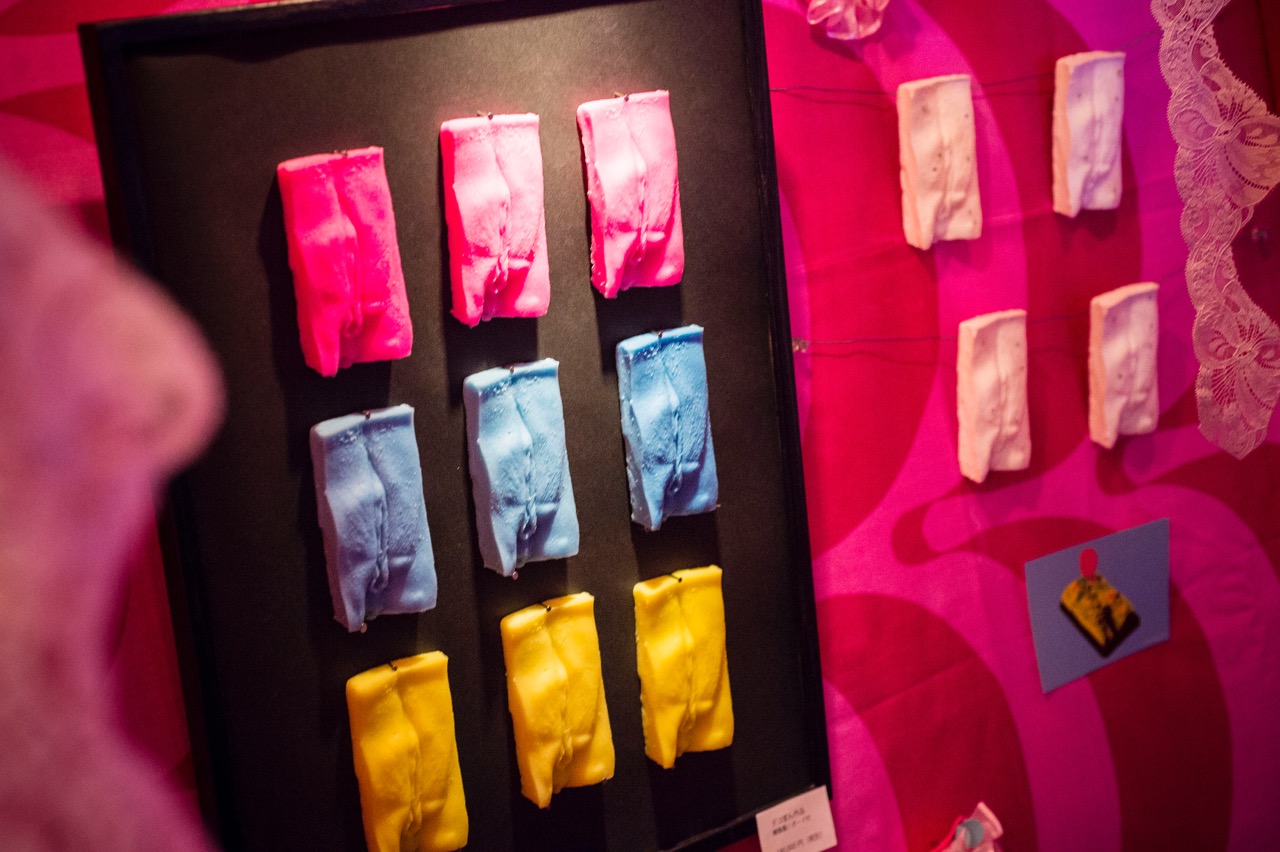 Para Site is pleased to host an artist’s talk with Megumi Igarashi (Rokudenashiko), who is featured in the exhibition Gender, Genitor, Genitalia – Rokudenashiko Tribute, curated by Hitomi Hasegawa and on view at Woofer Ten from Aug- Sept 2015.

In July 2014, artist Megumi Igarashi was arrested in Tokyo for distributing the 3D scanner data of her vagina on an internet crowdfunding site. She was accused of violating Japanese obscenity laws. She was released after a few days, but arrested again in December 2014. This time, she was held in police custody for the maximum duration allowable for this kind of case—23 days. Igarashi never admitted she was guilty. She claimed the vagina was core to her artistic expression, and that the works were not obscene. She creates art with a sincere desire to contribute to society, not as a prank.

Her work emerged from her own experience as a woman living in Japan. When she was young she recalled feeling that her vagina was somehow dirty and taboo. She said that she never knew whether her vagina was normal or not, because she had never seen a ‘normal’ vagina. Her intention is to liberate women to become more open and frank with their genitalia, which is just a part of the body. And at the same time, from a feminist’s point of view, to work towards gender equality.

Igarashi’s trial began in April 2015, as Igarashi and her attorneys denied the obscenity charges and argued against the censorship of artistic expression. They pointed out the law’s double standard of allowing so many pornographic cartoons in Japan but singling out her works of art. Today, she has many advocators, and has collected more than 20,000 petitions for her release during her imprisonment. While still on trial, she visited supporter Ai Wei Wei in Beijing, and published two books,.

For her artist’s talk, Igarashi will discuss her experience while under custody and the recent climate of censorship and the debate over freedom of expression in Japan.