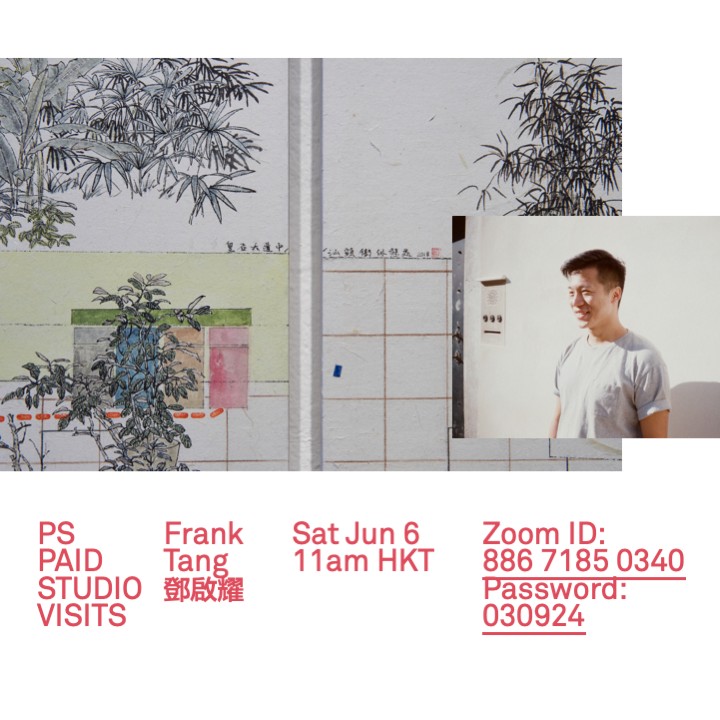 Born in Hong Kong in 1988, Frank Tang uses a range of technologies and platforms in his projects, including ink painting, video, sound and collaborative performance. He received his Bachelor of Visual Arts from Academy of Visual Arts (AVA), HKBU, in 2010. He was invited to an artist-in-residence program in Zurich by The Zurich University of the Arts in 2014 and Akiyoshidai International Art Village in Japan in 2020. He was awarded the Grant Award by Muses Foundation (2012), the Louis Mak Chinese Painting Award (2012), AVA Award (2010), and Yau Sang Cheong Chinese painting Award (2009). Recently, Tang has participated in exhibitions including Hidden Forest at Asia Society Hong Kong Center (2019) A Taste of Hong Kong at Les Halles de Schaerbeek in Belgium (2016), 「音をめぐる場と表現」at Kyoto Art Center in Japan (2016), and China 8 – Tradition Today – Ink Painting and Calligraphy at Kunstmuseum Gelsenkirchen in Germany (2015). His artworks have been exhibited in museums, institutions, and galleries in Germany, Switzerland, Japan, China, Taiwan and Hong Kong.