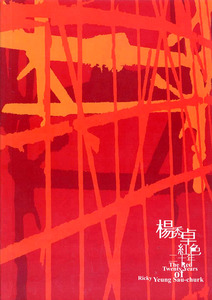 In response to the insufficiency of the Hong Kong contemporary art scene, Para Site, apart from providing young artists opportunities for experimental projects, starts to introduce a series of retrospective exhibitions for established local artists this year. The foremost retrospective research-based exhibition featuring on May Fung was held in last May and June. The second featured artist in this November will be Yeung Sau-churk.

Yeung became well known in the local art scene during the 1980s for his radical expression. The imagery of sex and death is the hallmark of his early works, disclosing the distortion of humanity and the dark side of the human psychic that he experiences in real life. Although most of his early works are paintings (acrylic on paper) and sculptures (plaster), the most conspicuous work was his performance installation Man and Cage, in which he became part of the artwork, by encaging himself in a bamboo cage for 48 hours. This piece is full of existentialistic heroism and is one of the local cannons by which the art circle still relishes today.

The development of his artist career is quite common in Hong Kong: he became established before he received any formal art education Due to the unrest and disturbance in society as well as in his personal life between 1987 and 1989, Yeung resolved courageously to leave everything behind and tramp over Europe. After returning in 1991, he went to college again and entered into a new stage for both his life and art. Yeung’s artworks became more conceptual and objective, rather than being radical and misanthropic as before. In spite of these changes, he kept on addressing different political issues in Hong Kong. His installation ‘The Genealogy of Star and Sound’ in the ‘Art & Space: From Sculpture to Installation’ exhibition at the University of Science and Technology in 1993 was an example in this period. After graduation, Yeung devoted himself to art education and has worked as a secondary school teacher until the present. Besides teaching, he is involved in many community art projects for the minorities in order to make changes in a more direct and personal fashion.

In addition to the new commission works, this exhibit will display other original works, sketches and precious documentations by Yeung from the past (some of them have never been publicly shown).