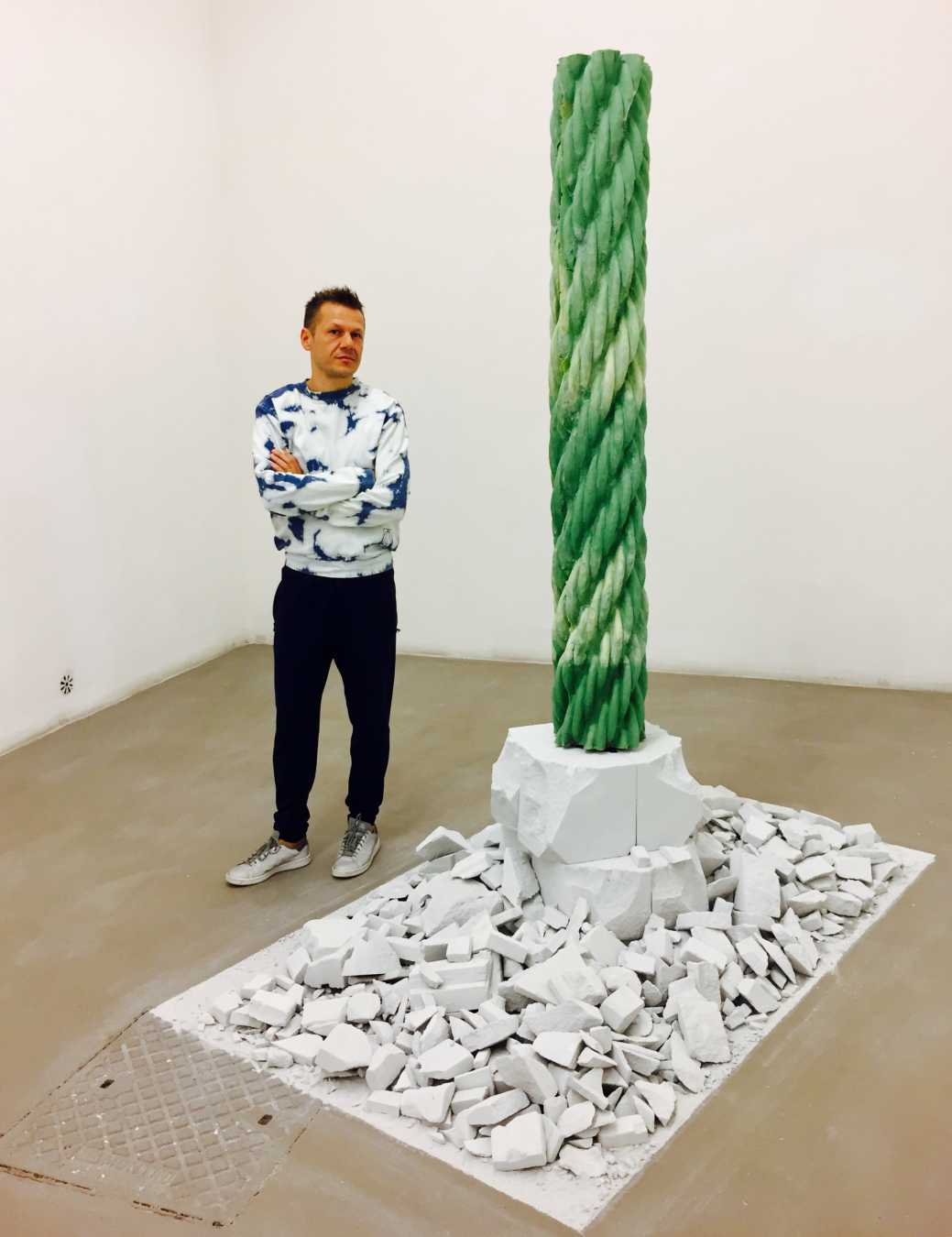 Mircea Cantor (b. 1977, Romania) is an artist who follows in the tradition of French artist Marcel Duchamp in that he employs ready-made objects. Cantor’s choice of media is diverse, in that he has employed video, animation, sculpture, drawing, painting, and installation in his work.

Cantor’s 2005 video work, Deeparture, which was on view in the contemporary galleries at The Museum of Modern Art, features a deer and a wolf together in a pristine white box environment. Cantor‘s work is included in The Museum of Modern Art, the Walker Art Center, The Philadelphia Museum of Art, Centre Pompidou, The Israel Museum, Museo Nacional Centro de Arte Reina Sofía, Abteiberg Museum, Magasin 3, as well as in other collections worldwide. He was awarded the Ricard Prize in 2004, and in 2011 he won Best Dance Short Film at the Tiburon International Film Festival with Tracking Happiness. In 2011, he received the Marcel Duchamp Prize.