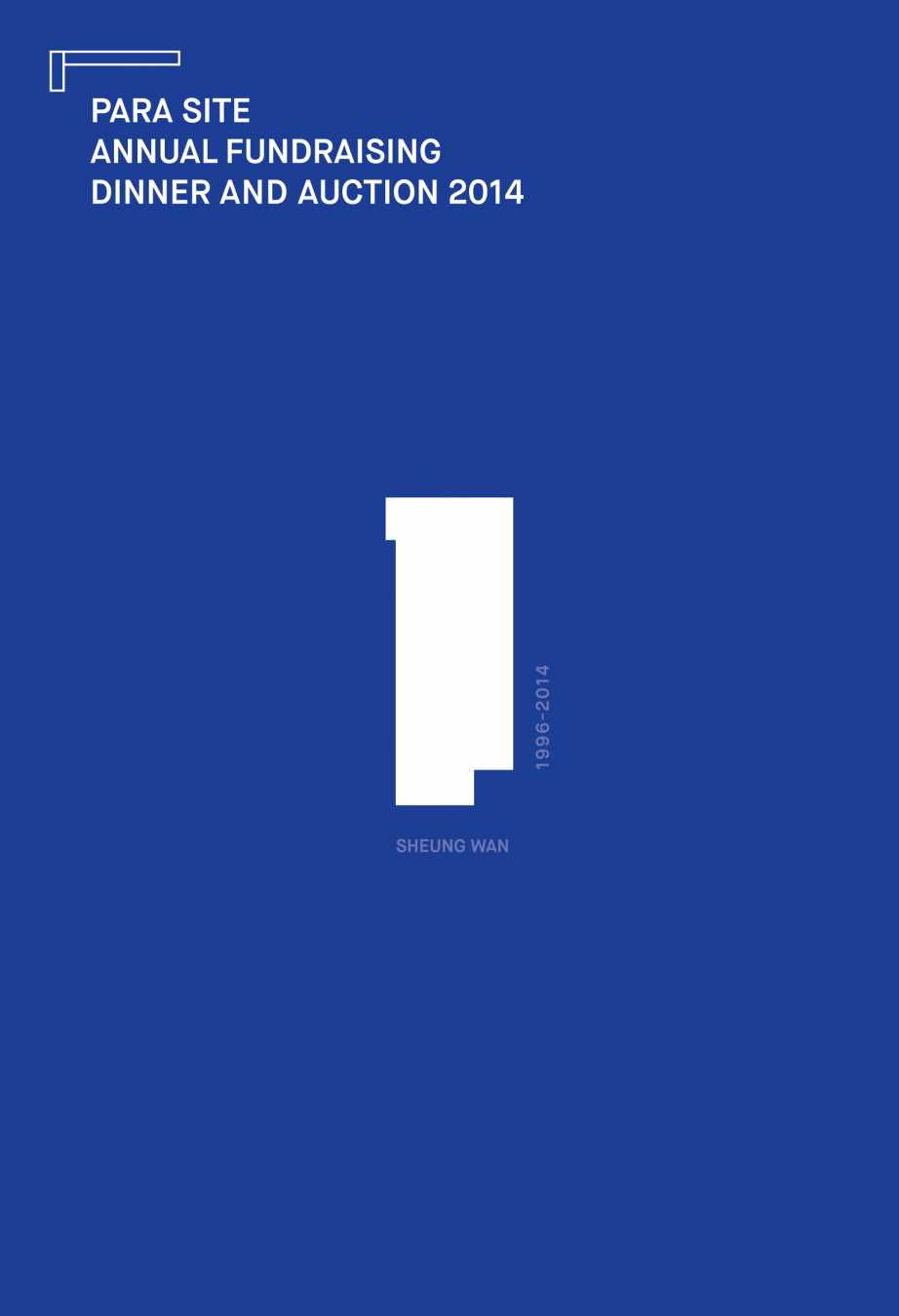 Para Site, Hong Kong’s leading contemporary art centre and one of the oldest and most active independent art institutions in Asia, today announced that it will feature works by Ai Weiwei, Cai Guo-Qiang, Liu Xiaodong, Zhang Wei, Olafur Eliasson, Antony Gormley, Larry Bell, Lawrence Weiner, Takashi Murakami and more than 80 other leading and emerging artists at its 2014 auction to support the institution’s development over the next year.

The auction preview, which will take place from 3 to 7 December 2014, will provide an opportunity to view the works at Para Site’s soon-to-be-launched North Point location. Cosmin Costinas, Para Site’s Executive Director and Curator, commented: “This year’s auction is a crucial step in Para Site’s transformation into the art centre this city deserves.  The works we have selected comprise extraordinarily high-quality lots from a mix of some of the most promising emerging artists to some of the leading figures, both in Hong Kong and on the world stage. It represents the culmination of almost two decades of work by a dedicated community who founded Para Site and who has stood by us at every step of the way, including in our most recent call to produce Para Site’s largest auction to date.”

Para Site Co-Chairs Yana Peel and Alan Lau and Executive Director and Curator Cosmin Costinas, who organized this year’s auction, said it was an important source of funding for the institution that enabled it to continue to grow.  Last year Para Site produced nine exhibitions, supported 11 residencies, organized 16 public programs and hosted an international conference.

In 2014, Para Site attracted the largest number of visitors ever to its ground-breaking exhibitions and projects, which included Ten Million Years of Yearning. Sex in Hong Kong, Great Crescent: Art and Agitation in the 1960s—Japan, South Korea and Taiwan, Golden Heights Estate, Islands off the Shores of Asia and Eros.  It also held more touring exhibitions than ever before: the exhibition Taiping Tianguo, A History of Possible Encounters completed its international travel with a stop in New York earlier this year, A Journal of the Plague Year went to Taipei and Seoul and is getting ready for San Francisco in the spring of 2015, and Great Crescent will be showcased at the Mori Art Museum in Tokyo at the same time.

Para Site will officially move to its new space in North Point in the first quarter of 2015.  The move to North Point, one of Hong Kong’s most diverse and highly populated neighborhoods, reflects the art space’s desire to return to a more traditional, local Hong Kong experience.  It hopes to tap into North Point’s unique place in Hong Kong’s history as a gathering place for those new and old to the area.The new North Point venue, located at 22F, Wing Wah Industrial building, 677 King’s Road, Quarry Bay, Hong Kong, will provide a larger space for exhibits and boast panoramic views of the area. The funding from the auction will contribute to the development of the much larger and upgraded exhibition facilities, which will ensure Para Site’s infrastructure is aligned with its programs and reputation as a leading Hong Kong and Asian contemporary art centre, operating in a global context.

“Neither our future move, nor the event, would have been possible without the generous support of the donating artists and galleries, Para Site’s Founding Friends, Friends, and Associates, our board members, and Yana and Stephen Peel, who are hosting the evening.  I want to thank all of them wholeheartedly. I speak for the entire team when I say we are thrilled to present this preview of so many talented and leading artists in our new space. We hope it is the beginning of another year of ground-breaking exhibitions at Para Site,” Cosmin Costinas said.

The auction itself will be held on Monday, December 8, at The QUBE in PMQ. 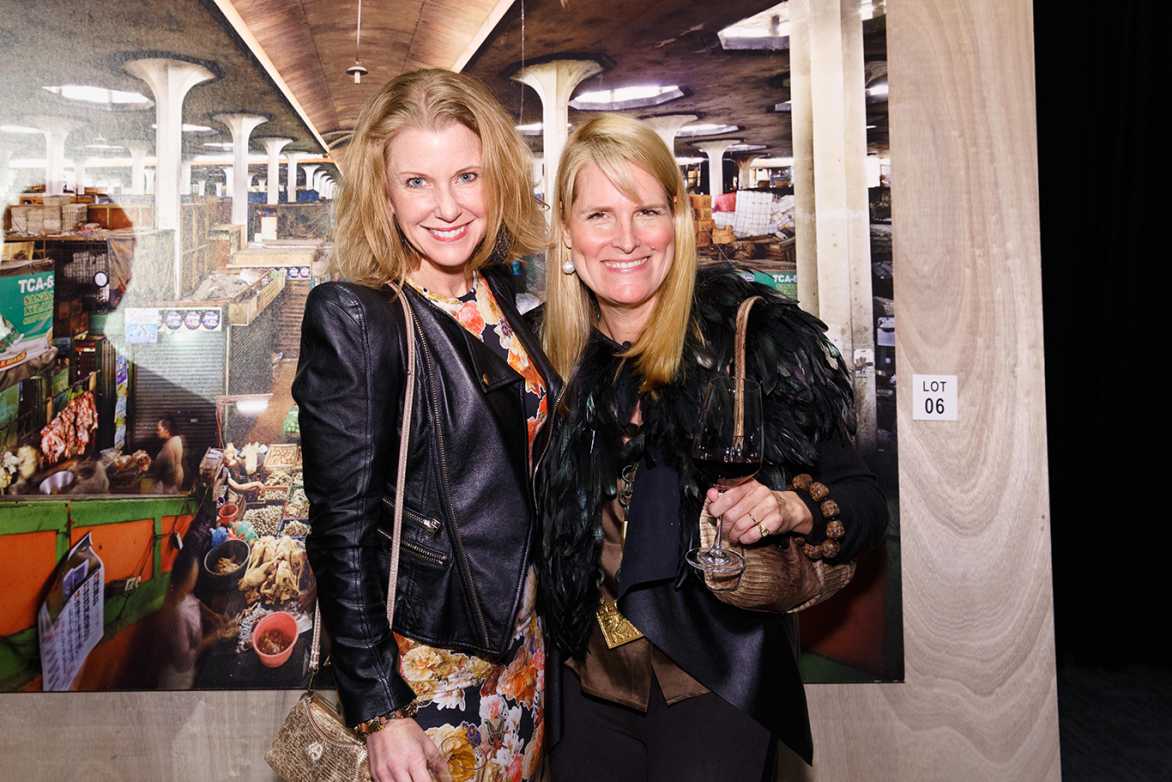 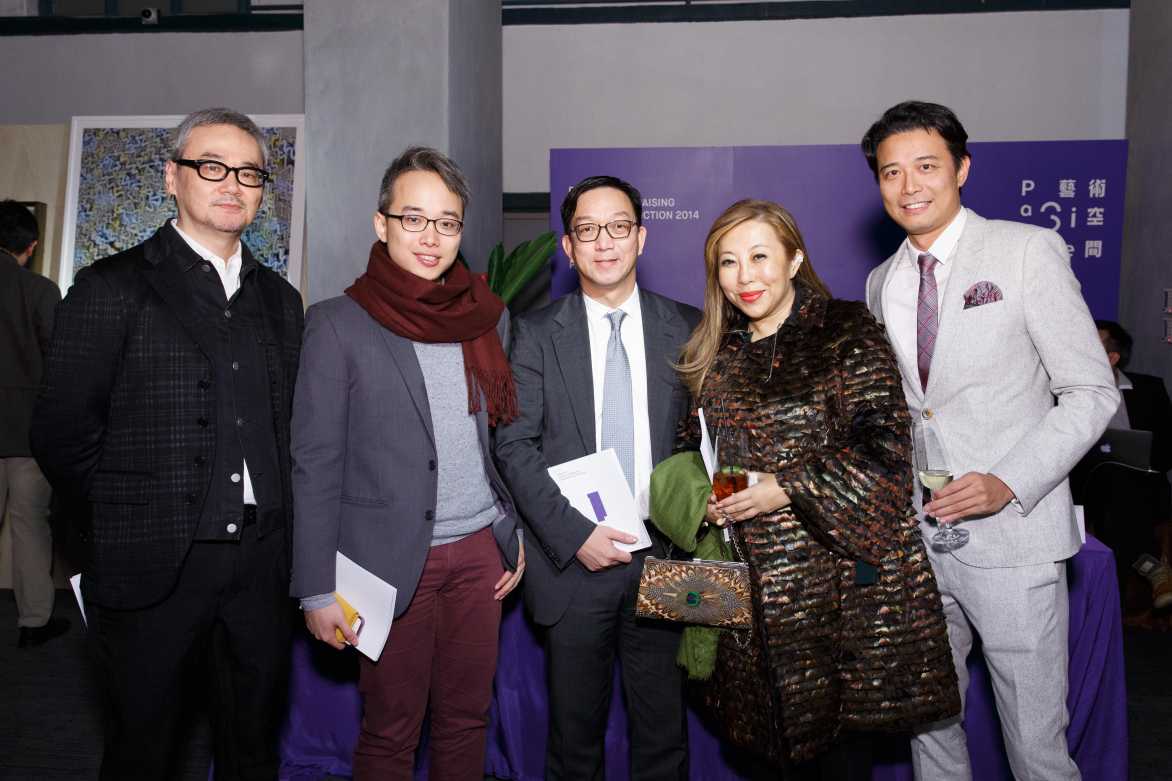 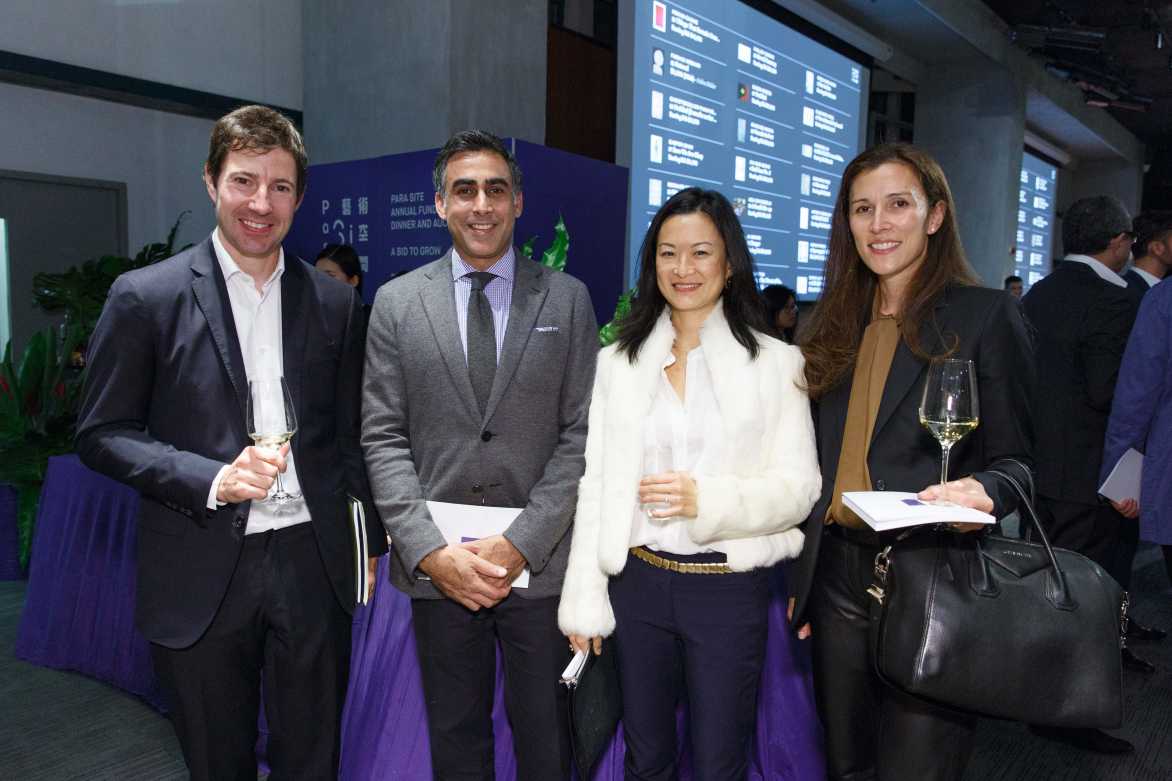 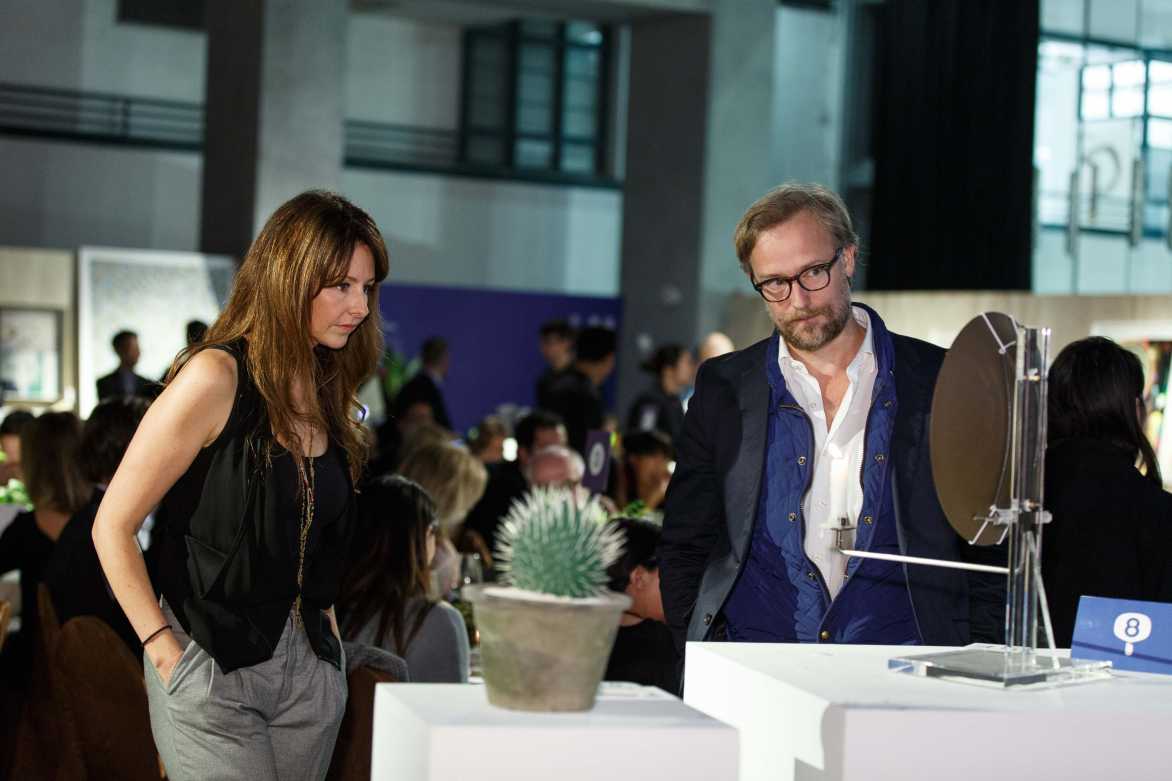 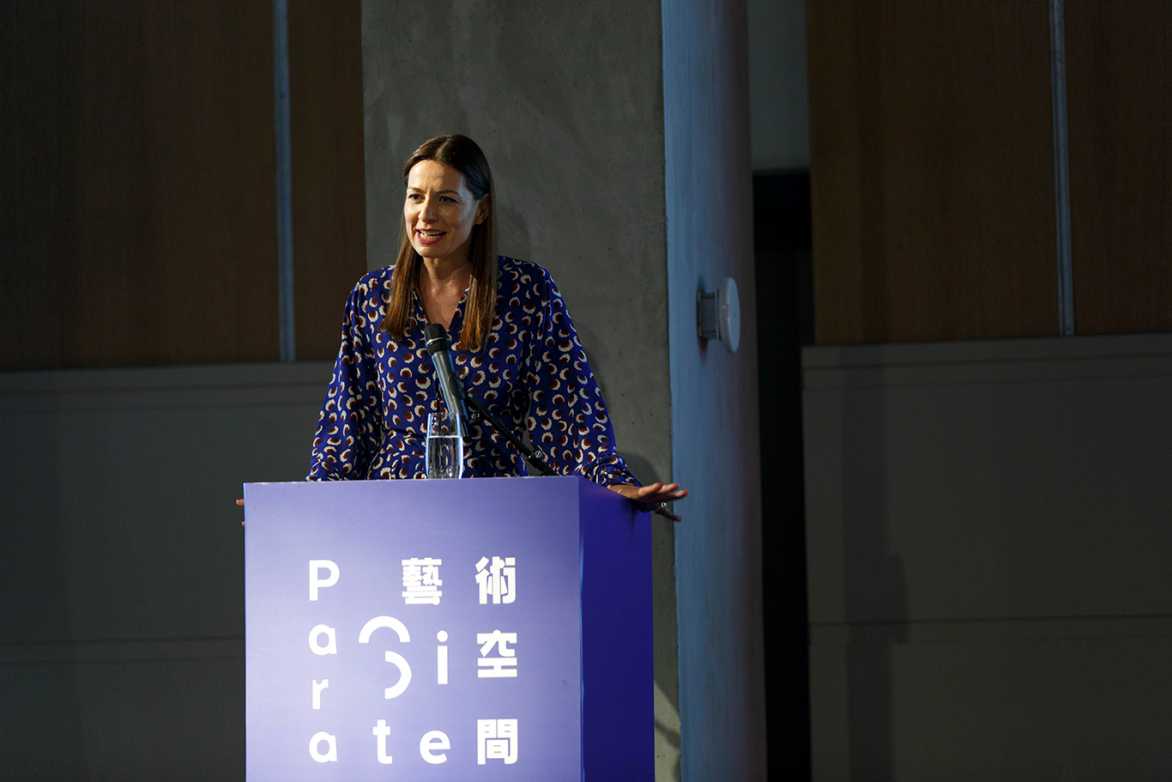 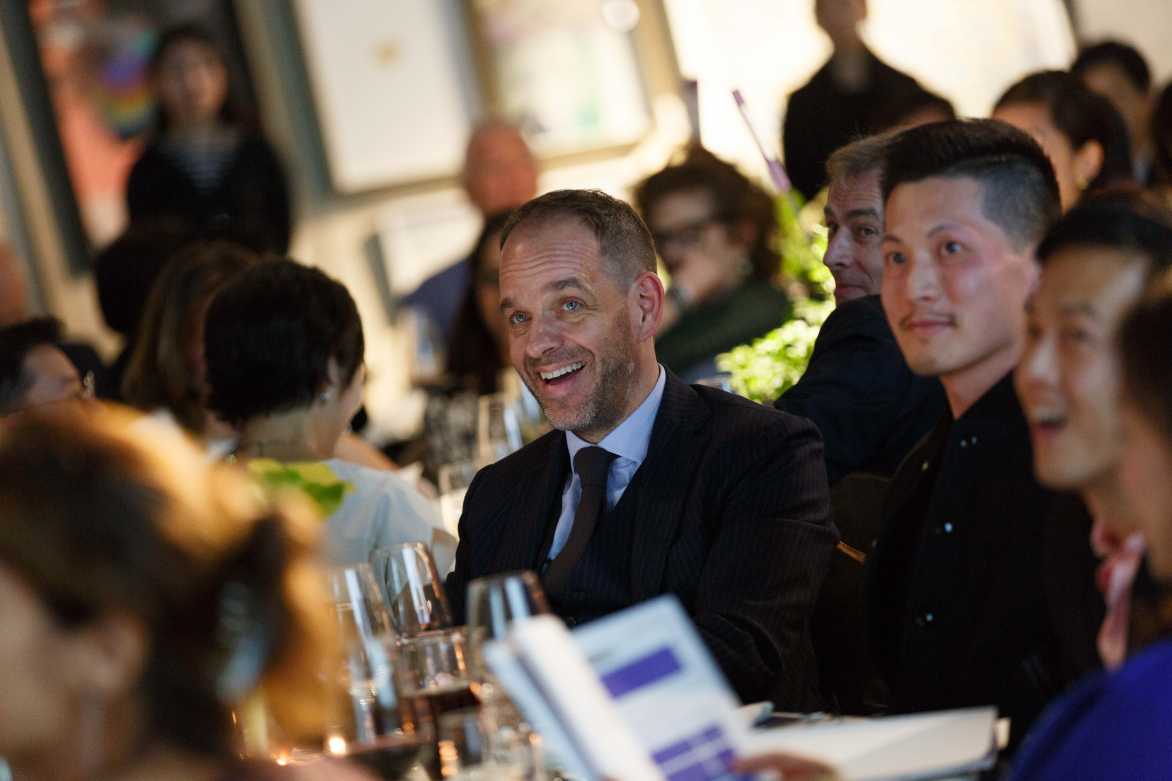 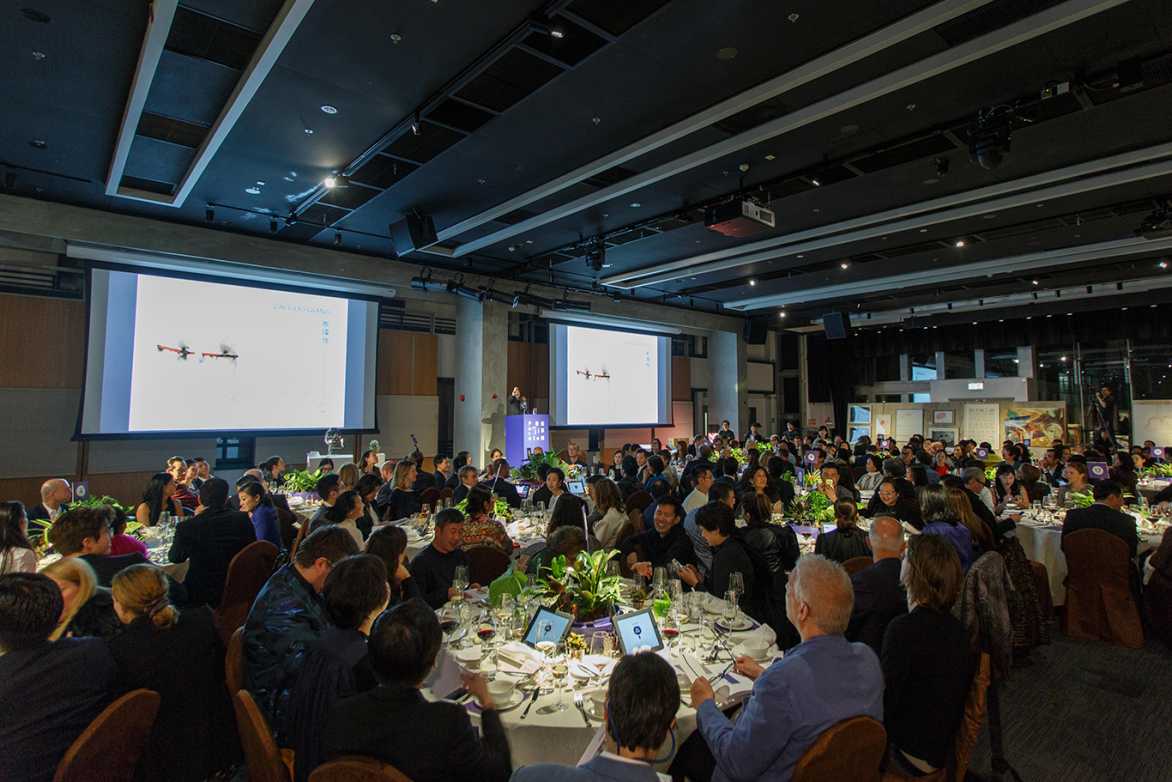 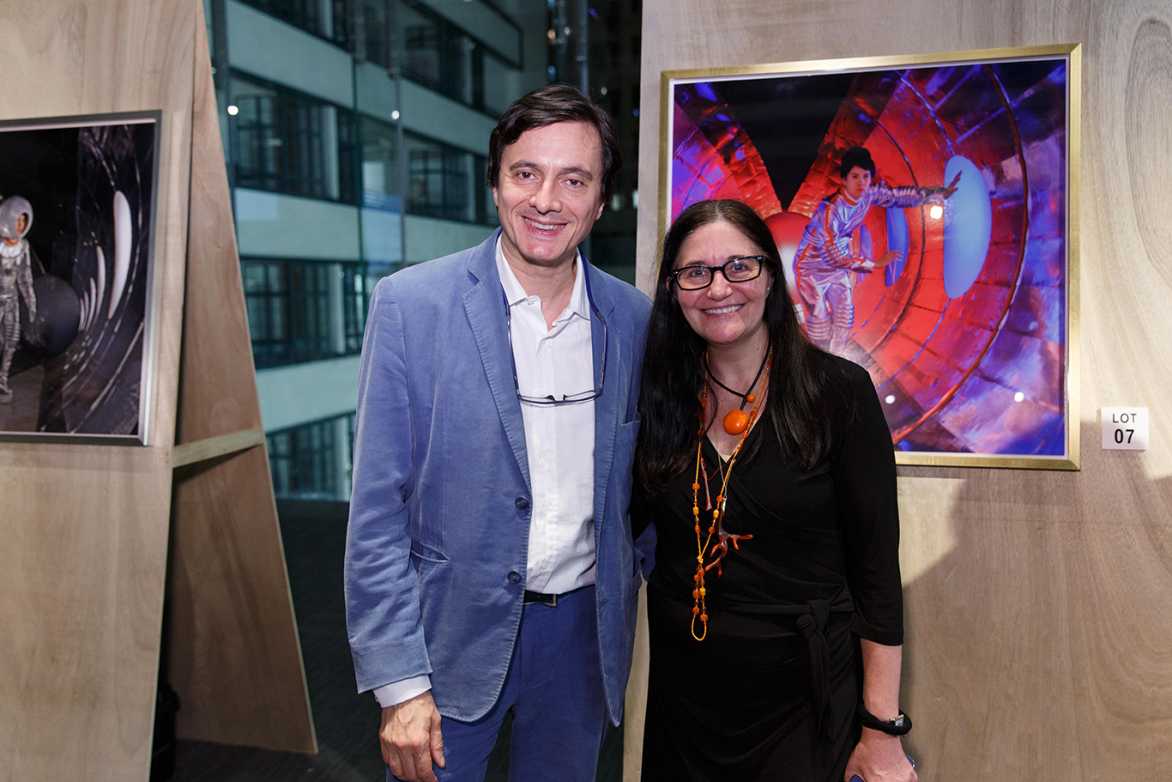