Mona Vatamanu (b. 1968, Romania) and Florin Tudor (b. 1974)  have been collaborating since 2001, producing mixed-media installations, actions, and videos through which they confront the traumatic legacy of Communism in their native Romania and Eastern Europe, while wrestling with the ongoing challenge of how to process history. Remnants of Socialist architecture figure prominently in their work, serving as visual evidence, in their words, of “the complicated situation of people living after these ideals failed.” While the Socialist past is the focus of most of their evocative installations and atmospheric films, Vatamanu and Tudor also find connections between the history they know intimately and struggles worldwide. In Rite of Spring (2010), for example, they film children burning the white fluff of the poplar tree, seeing in each mini-conflagration a symbol of renewal and of such incendiary and hopeful revolutionary movements as the Arab Spring. 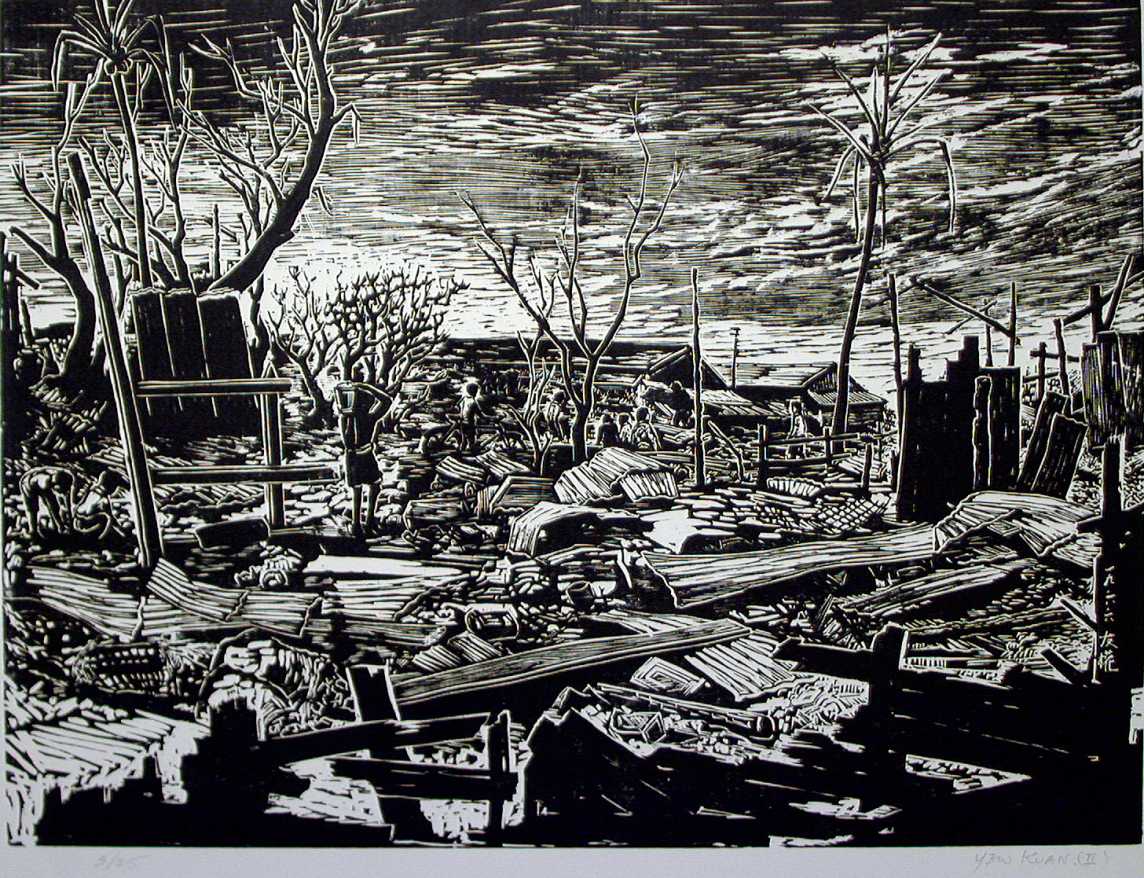