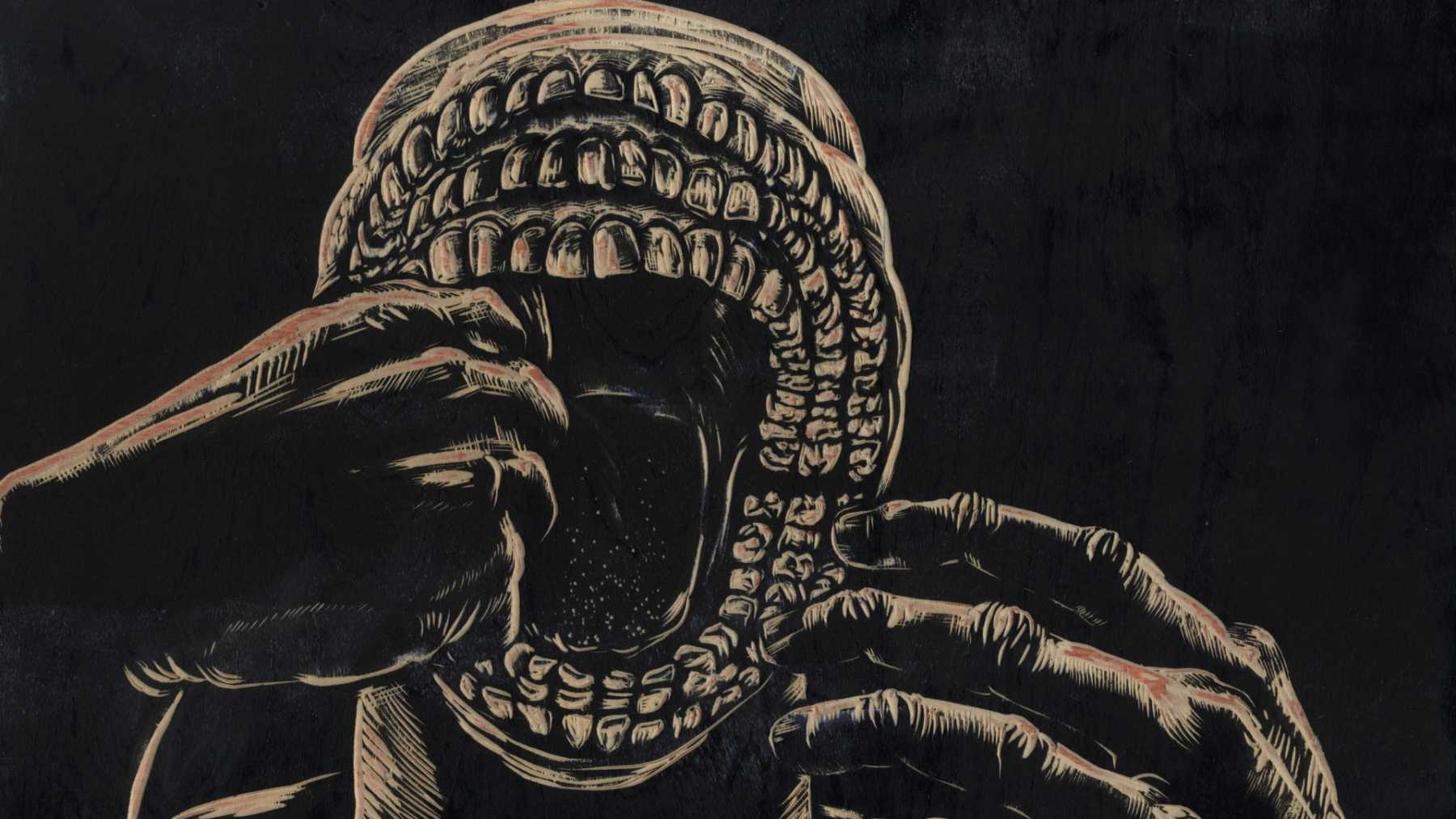 Sun Xun, Some Actions Which Haven't Been Defined Yet in the Revolution, 2011, Blu-ray DVD, Courtesy of the artist, π Animation Studio and ShanghART.

2012 marks the slow recovery of consumer confidence index in Hong Kong since the extreme dip in the latter half of 2011. While pundits have cited 2011 as the second lowest level of this index since the 2008 financial crisis, the recovery of Hong Kong’s consumer market seems markedly cautious in its move from a pessimistic to neutral outlook. Though this surge is propelled mainly by the public’s trust in stable employment, the positivity is, in contrast, conveyed with hesitancy in sectors such as quality of life, the stock market and the economy.

The rise of consumption and the belief in unlimited growth and progress in contemporary post-industrial capitalist cities such as Hong Kong, is often followed shortly by the re-emergence of the ideology of Choice. Herein, Choice is seen as packaged in mainstream discussions of enhancement and self-improvement such as skin whitening, obesity and slimming paid editorials, where the acts of simplifying life and the search for contentment becomes another version of choice and paradoxically, anxiety.

Do Androids Dream of Electric Sheep? takes its name from Philip K. Dick’s 1968 novel and proposes to read Anxiety as the signal and expectation of danger in the everyday rather than a phobia of a specific subject. This state of mind also arises out of a changed perception that one has of themselves, and in direct relation to societal changes at large. The exhibition seeks to explore the condition as it is enmeshed within today’s society, with a particular attention towards the new feeling of inadequacy perpetuated by the nature of contemporary capitalism. It explores the causation, occurrences, inner mechanisms, politics and functions of Anxiety in relation to the development of consumerism in cities like Hong Kong, through the practice of the four participating artists.

Adam Curtis (b. 1955, United Kingdom) is a documentary filmmaker and journalist. He works for BBC television in London and formerly taught Politics at Oxford University. His films have won many awards―including six BAFTAs. His series The Power of Nightmares was invited to the Cannes Film Festival in 2005. Curtis also writes multi-media political and cultural essays on a BBC website using longer sections of film from the archives―www.bbc.co.uk/adamcurtis. His solo exhibition The Desperate Edge of Now was curated by Hans Ulrich Olbrist at e-flux, New York, in 2012.

Michael Lee (b. 1972, Singapore) is an artist and curator based in Berlin, Germany and Singapore. Lee graduated with Masters and Bachelor of Communication Studies from the Nanyang Technological University, Singapore in 2001 and 1997 respectively. He researches urban memory and fiction, especially the contexts and implications of loss. Through his research, Lee transforms his observations into objects, diagrams, situations, curations or essays. Past exhibitions include M-trospective: Michael Lee‘s First Decade 2001-2011, Studio Bibliothèque, Singapore in 2012; Michael Lee, Chan Hampe Galleries @ Art Stage Singapore, Marina Bay Sands, Singapore in 2011; Lost City and Other Stories, Hanart Square and Hanart TZ Gallery, Hong Kong in 2010 and A Psychotaxonomy of Home, Baba House, Singapore in 2008. His group exhibitions include the 3rd Kuandu Biennale in 2012, 2nd Asia Triennial Manchester in 2011, the 3rd Singapore Biennale in 2011, and the 8th Shanghai Biennale 2010. He was a resident artist at Künstlerhaus Bethanien in Berlin, where he staged a solo exhibition in February 2013.

Sun Xun  (b. 1980, China) creates animations that combine hand-drawn renderings and traditional materials with new media. He studied printmaking at the China Academy of Fine Arts, but a burgeoning interest in moving images led him to found his own animation studio in 2006. To create his meticulous animations, Sun Xun produces a multitude of drawings that incorporate text within the image. His subjects range from elements found in world history and politics, to natural organisms. He then films the drawings, sequentially one at a time, to create a sense of movement and suggest the passing of time, the machinations of history, and the beauty inherent in simple forms. His work has been screened at numerous festivals, including the 2007 Torino Film Festival, and has been shown in exhibitions at the Astrup Fearnley Museum of Modern Art and at ShanghART, among other venues. Sun also participated in Death And Life of Fiction, Taipei Biennale in 2012.

Tang Kwok Hin (b.1983, Hong Kong) is a mixed media artist and independent curator based in Hong Kong. He received his Bachelor of Arts (Fine Arts) and Master of Fine Arts from the Chinese University of Hong Kong in 2006 and 2008 respectively. Tang focuses on the occasion, space, time and way of encountering images or symbols to explore hidden rules in living and existing contexts for self-expression. Past exhibitions include Gelassenheit: Letting It Be, 2P Contemporary Art Gallery, Hong Kong and I call you Nancy, Amelia Johnson Contemporary, Hong Kong in 2012; Octopus, Hanina, Tei-Aviv, Israel and The 2nd Chongqing Biennale for Young Artists, The Art Museum of Sichuan Fine Arts Institute, China in 2011; PULSE Contemporary Art Fair, Ice Palace, Miami, US in 2009. 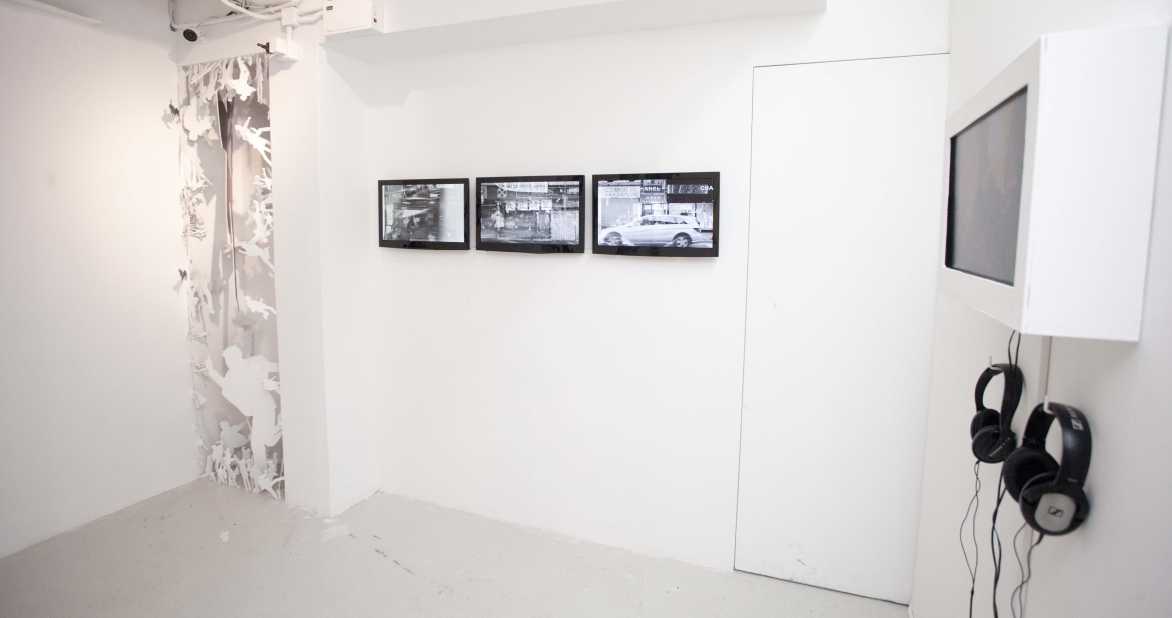 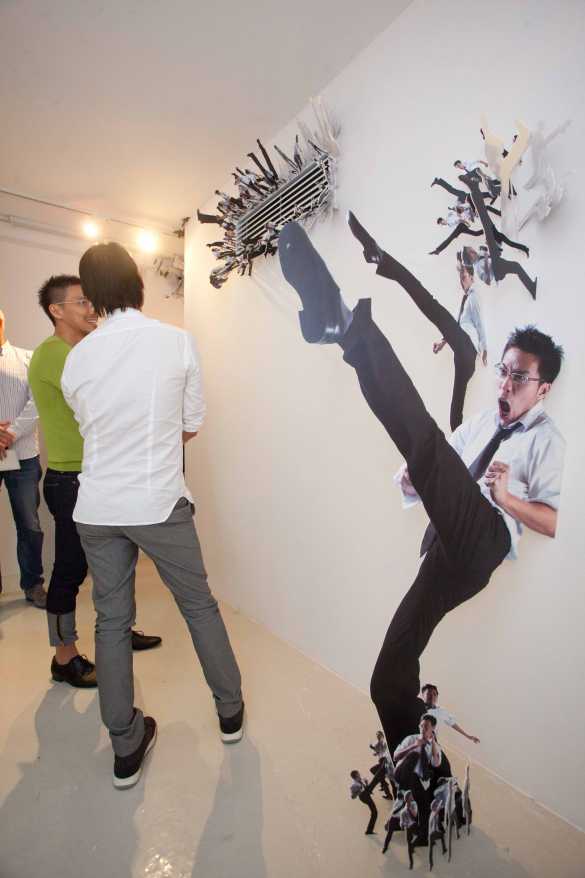 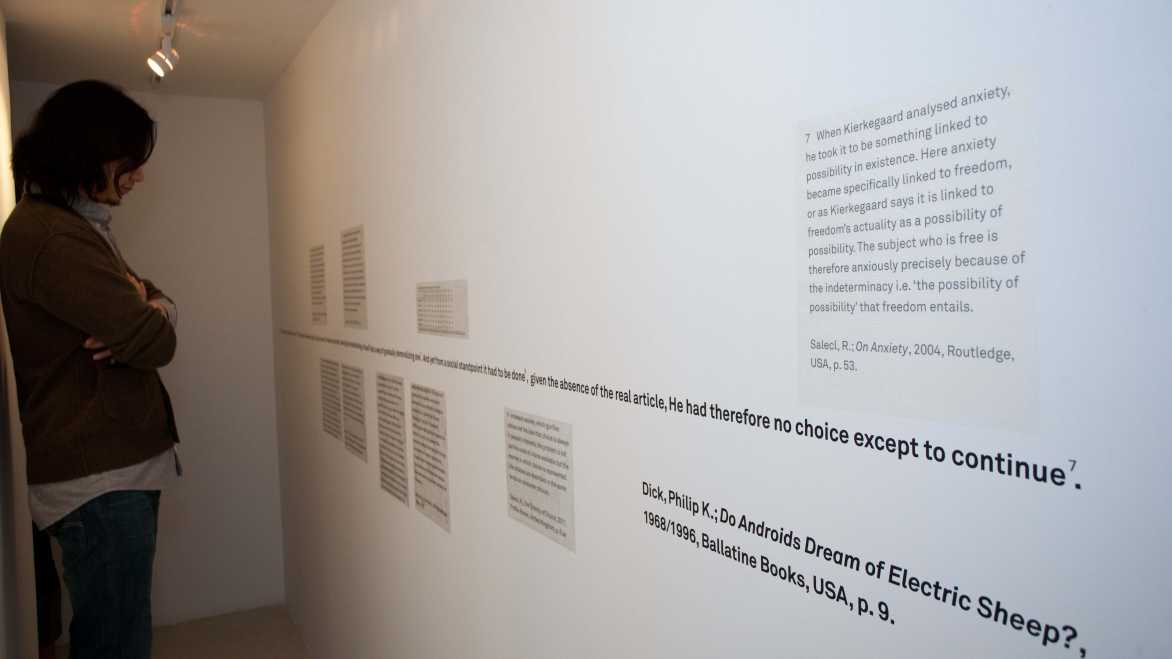 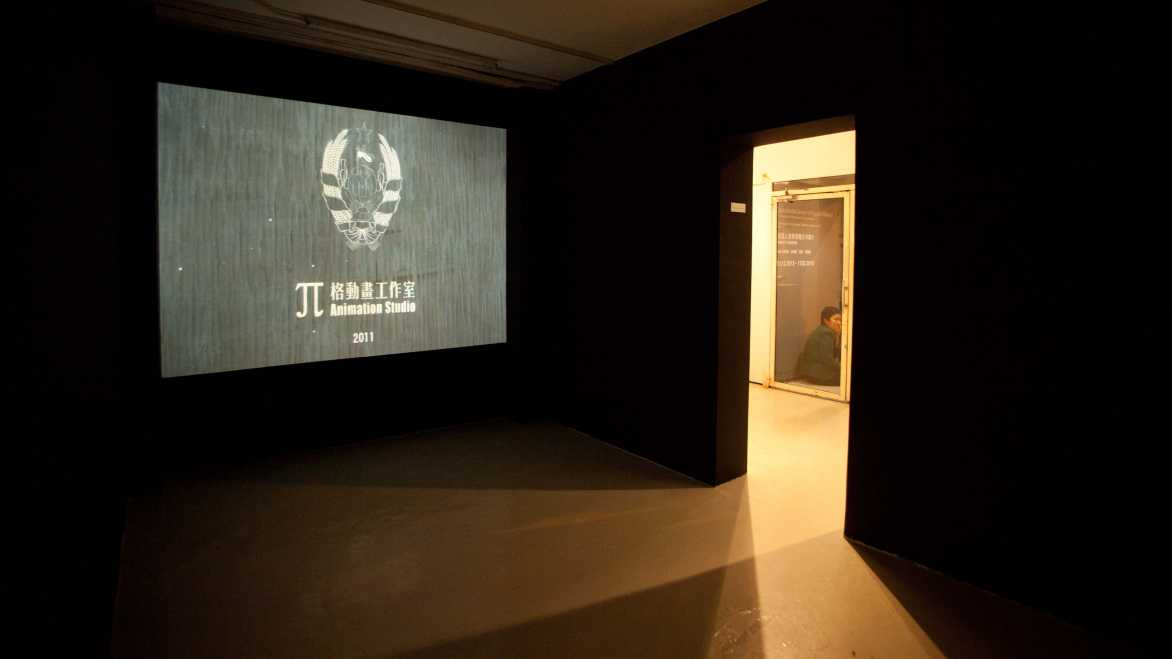 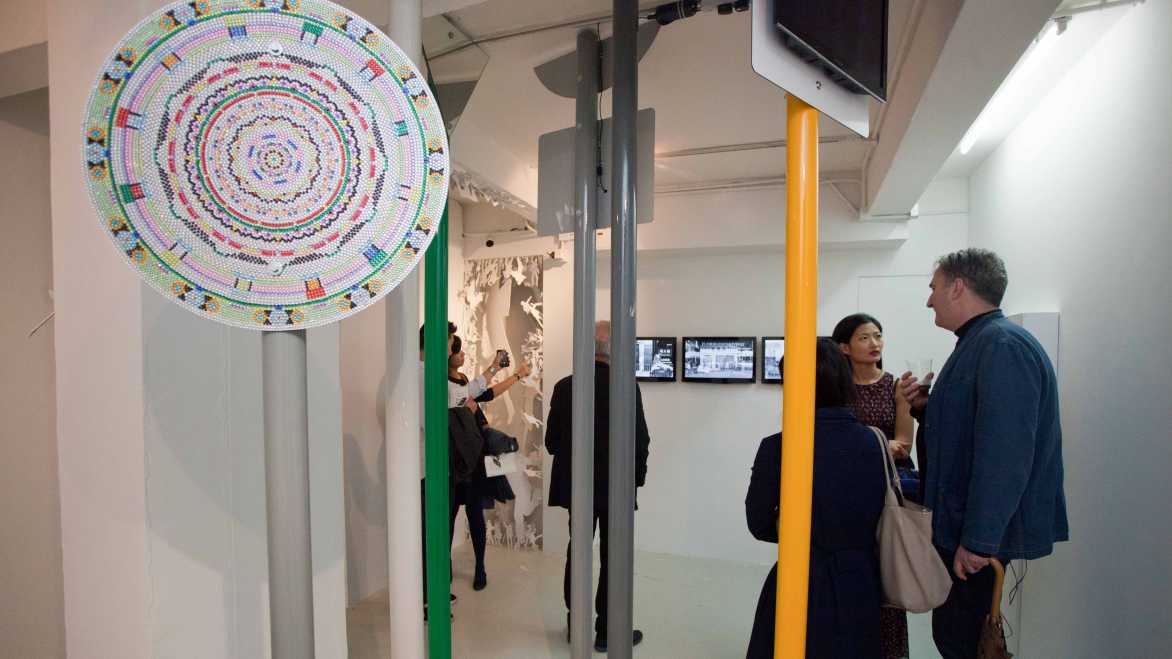 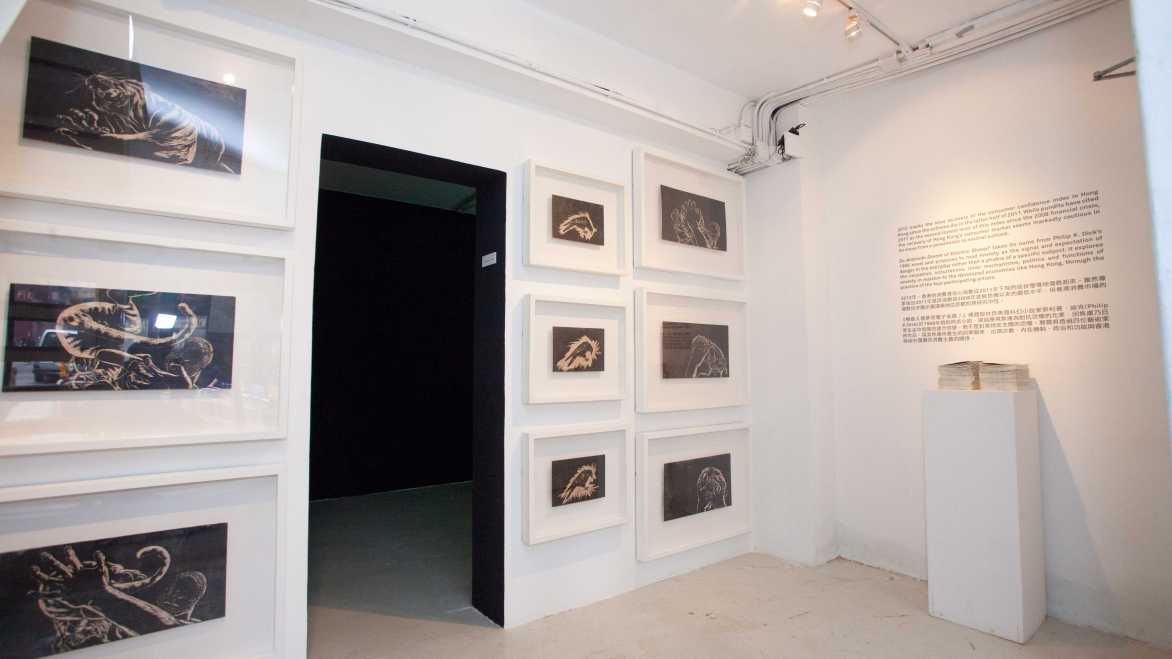 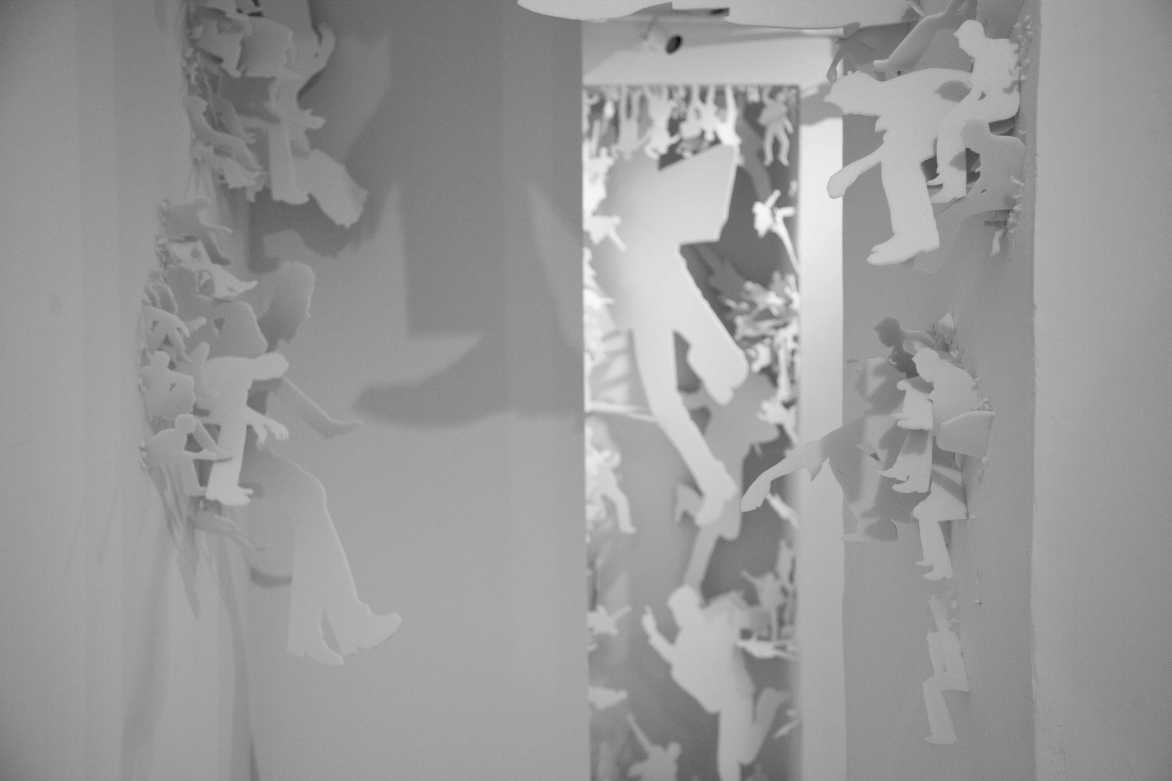 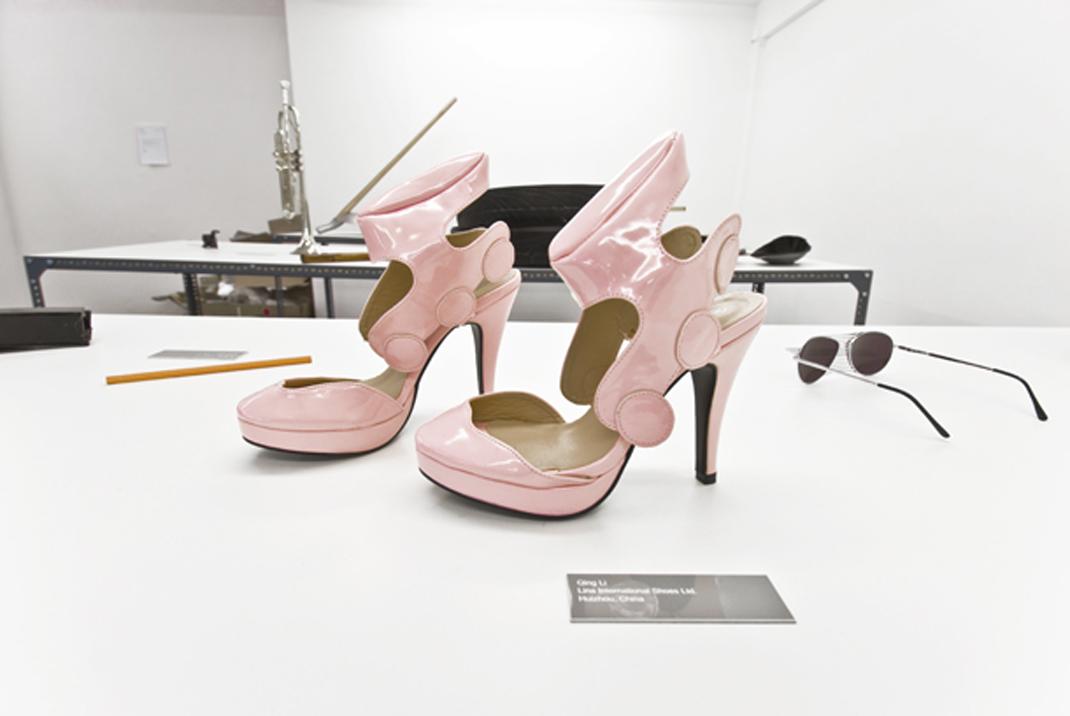 Art and Violence in Times of Tyranny of Choice