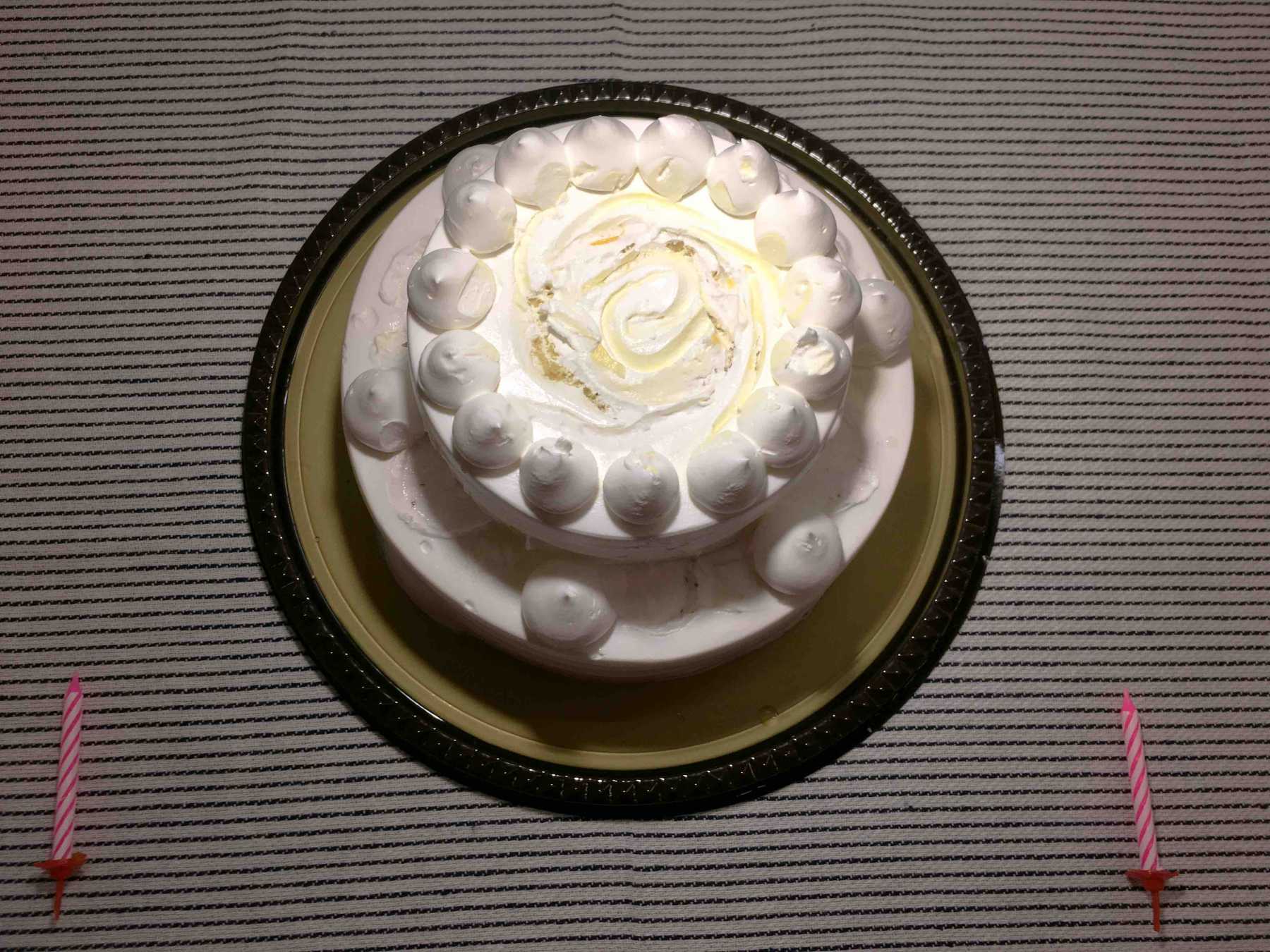 A relationship has passed. The shared memories and emotions have, slowly, part-consolidated and part-dispersed. But the phantom from the past still commands the body into labour and movements that sculpt its surrounding space. In her new solo exhibition Hard Cream, Hong Kong artist Doreen Chan Wing Yan is testing the inter-permeation among emotional memories, living space, and the body. During her one-month residency at HB Station, a series of physical and emotional exercises is performed and presented by the artist in the exhibition space: the repetitive act of folding and unfolding personal memories, making and remaking objects, building and un-building space. Situating the labour and creativity that lie in the ritual of homemaking within HB Station’s high and unconventional “living space”, Chan uses materials, sounds and lights from the daily experience to narrow and enlarge, divide and connect the space, responding to Hong Kong’s constrained yet inventive domestic experience.

In the exhibition, each chapter and piece is loosely connected to an area or a route in an ex-lover’s co-living space, or a habit, a feeling, an incident, an instance in the past. They summon the bodily memories while instigating a series of re-defined movements that are at once domestic and artistic: sketching, smearing, stirring, squeezing, spilling, shoving, smashing, washing, cutting… They meet and entangle in the forms of sounds, lights, images, and sculptural forms, constructing an empathy between artistic labour and emotional labour, art practices and the audience. Meanwhile, the exhibition also seeks to ask how private emotion is shaped by public structures such as urban policy and housing conditions.

In Chan Wing Yan’s works, the texture, lustre, and aura of quotidian life, especially those of food, are captured, layered, and condensed into succulent cuts. Scattered in different sections in the exhibition space, food is also an ambiguous symbol that links the quotidian, chronic labour, and the sculptural form. Together with objects, fragments of images, and colour blocks, they formulate a spatial experience of distance and infatuation.

Hard Cream is curated by Qu Chang. The exhibition is co-produced by HB Station, Guangzhou and Para Site, Hong Kong, and is the result of Chan Wing Yan and Qu Chang’s participation in HB Station’s Art Project Lab, 2019. 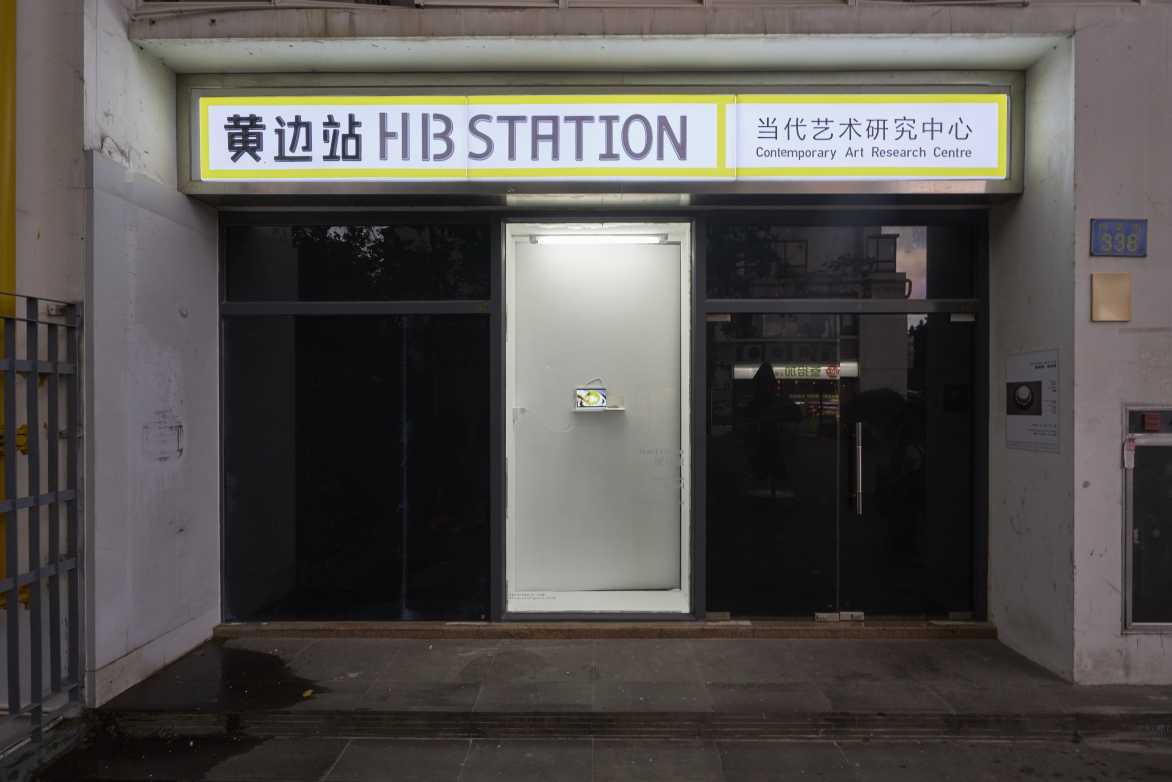 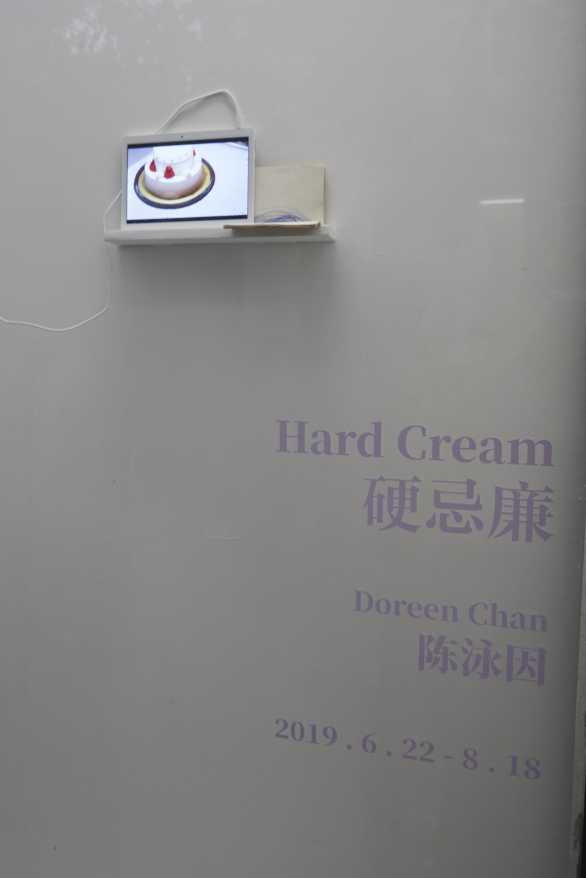 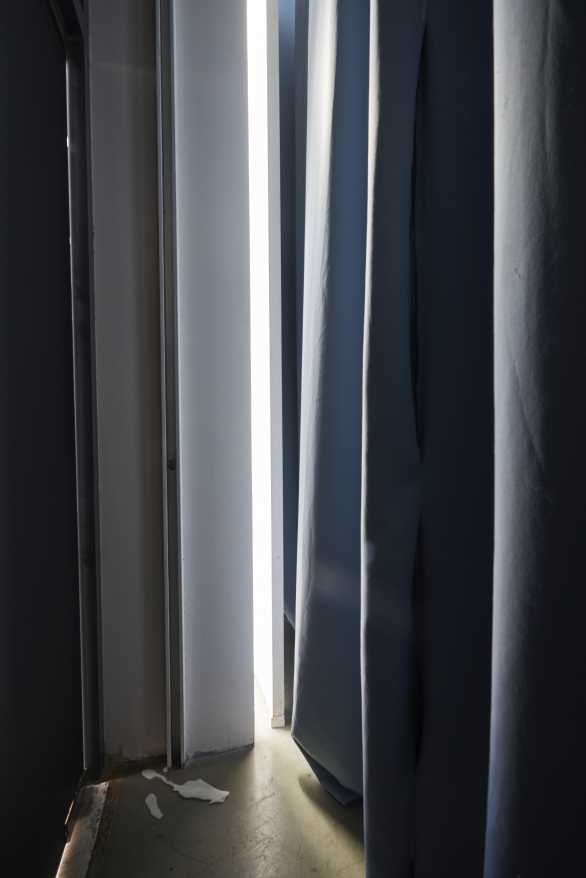 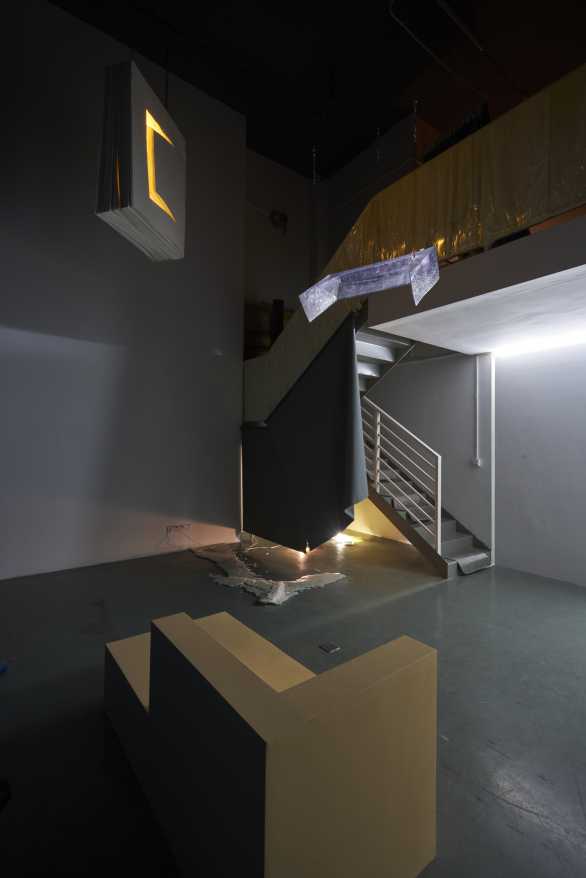 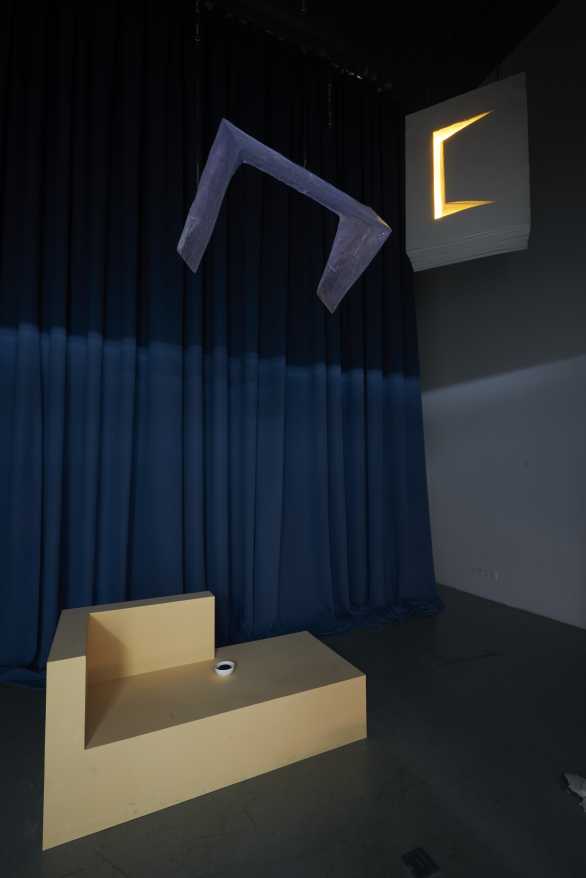 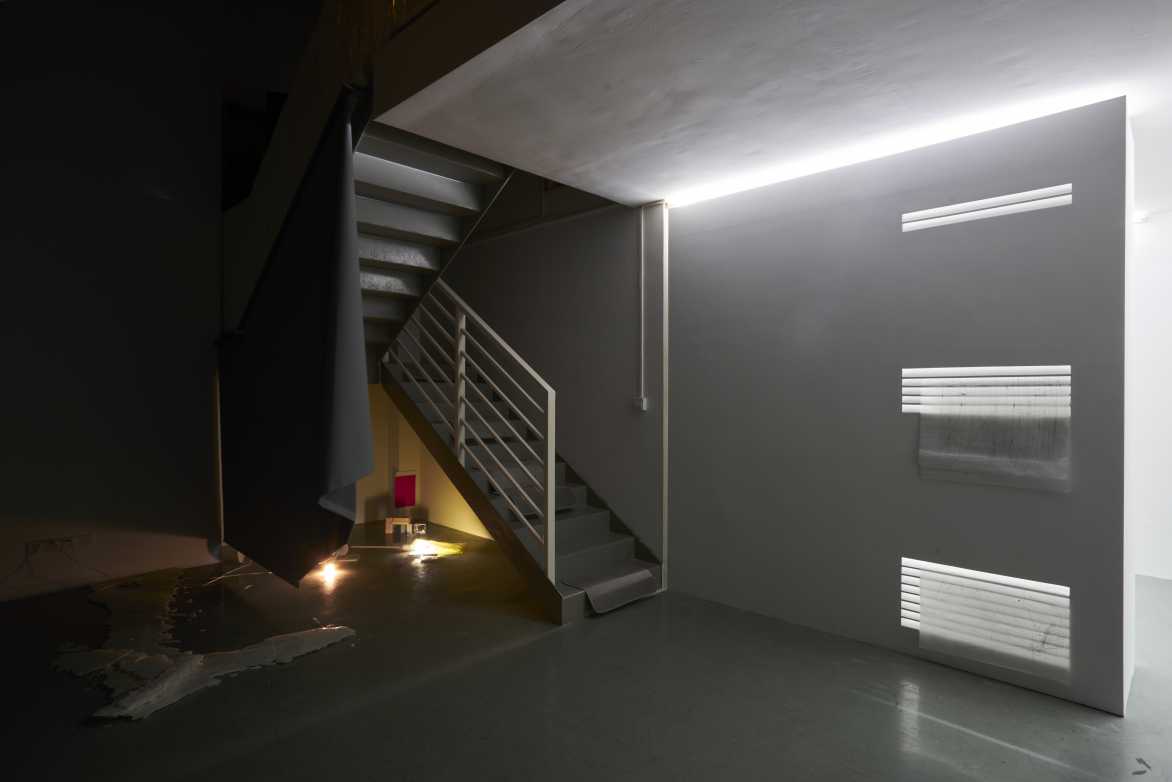 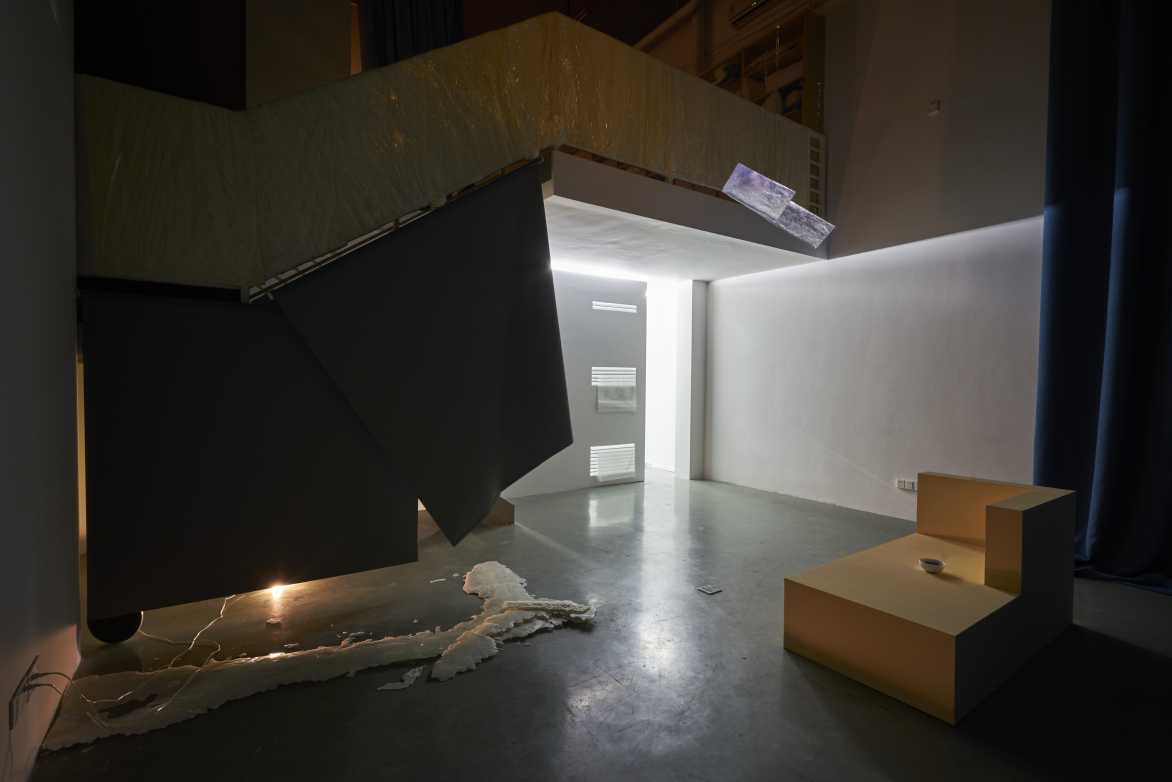 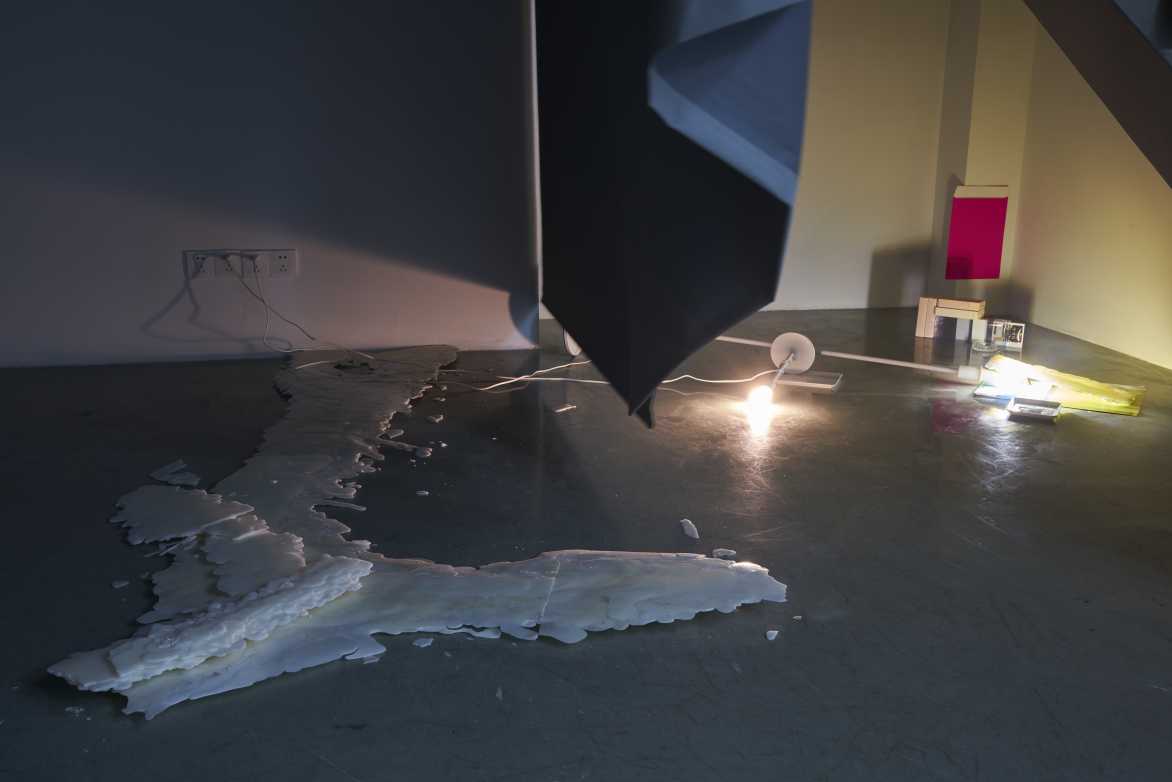 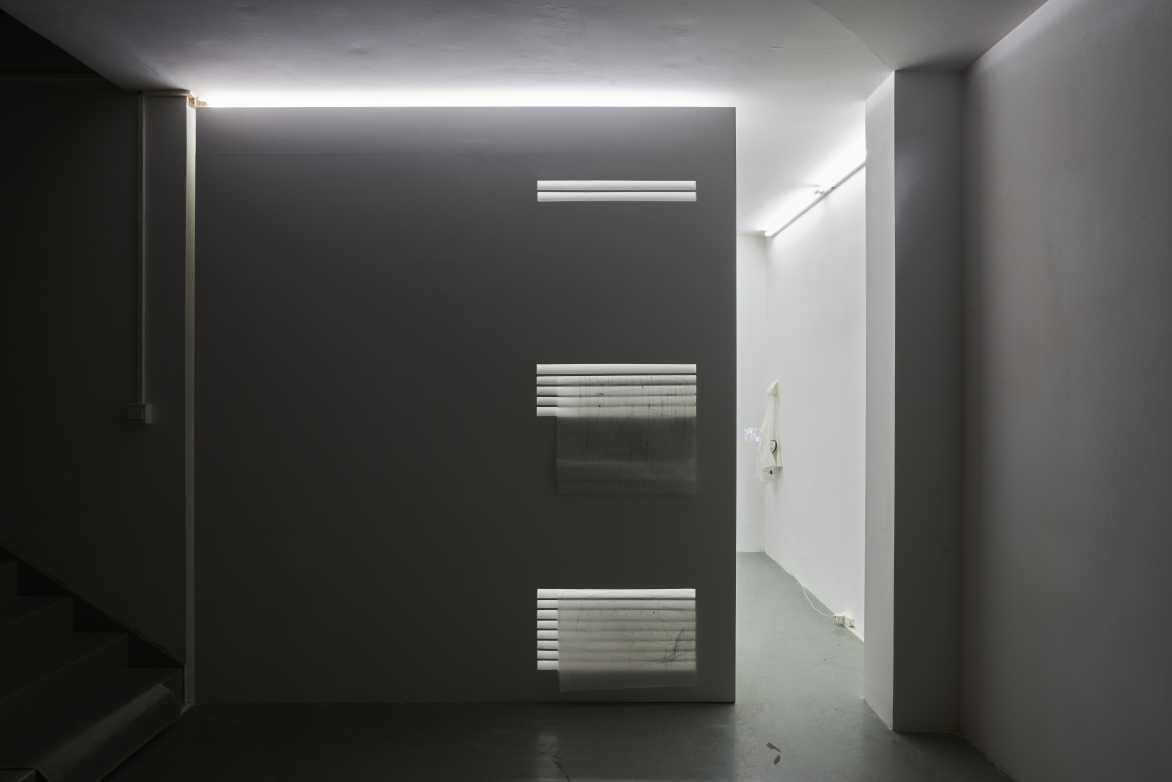 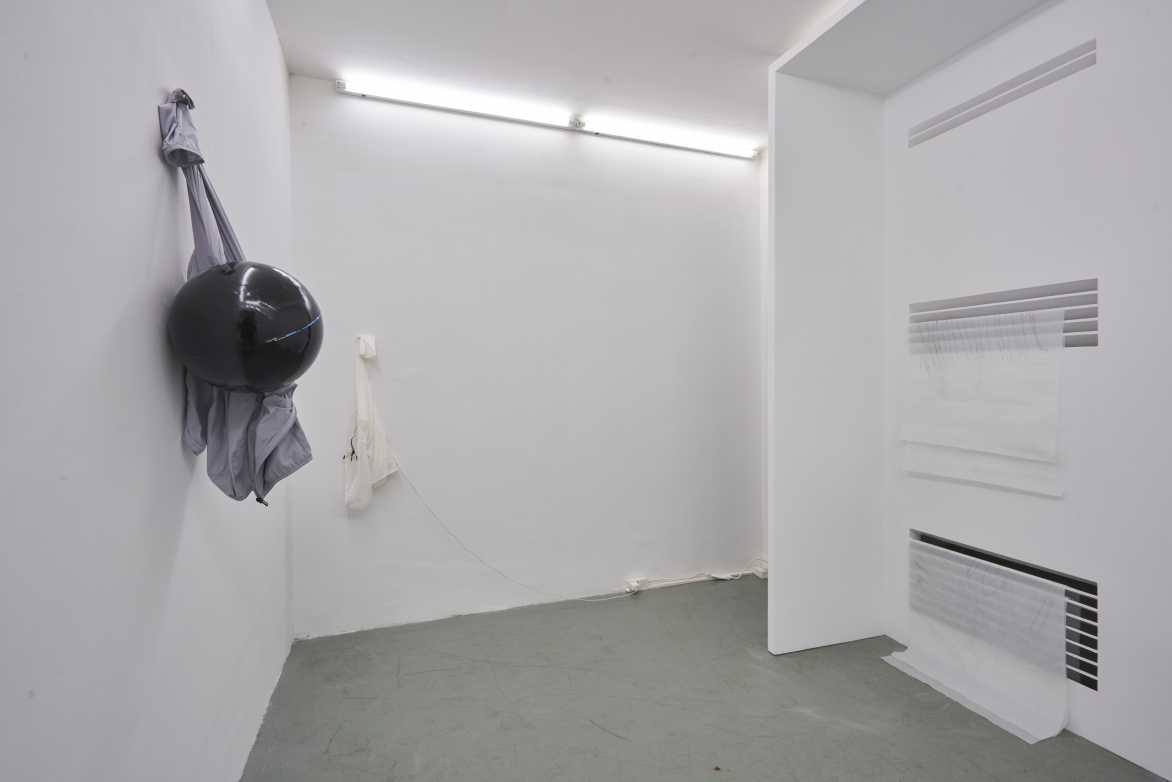 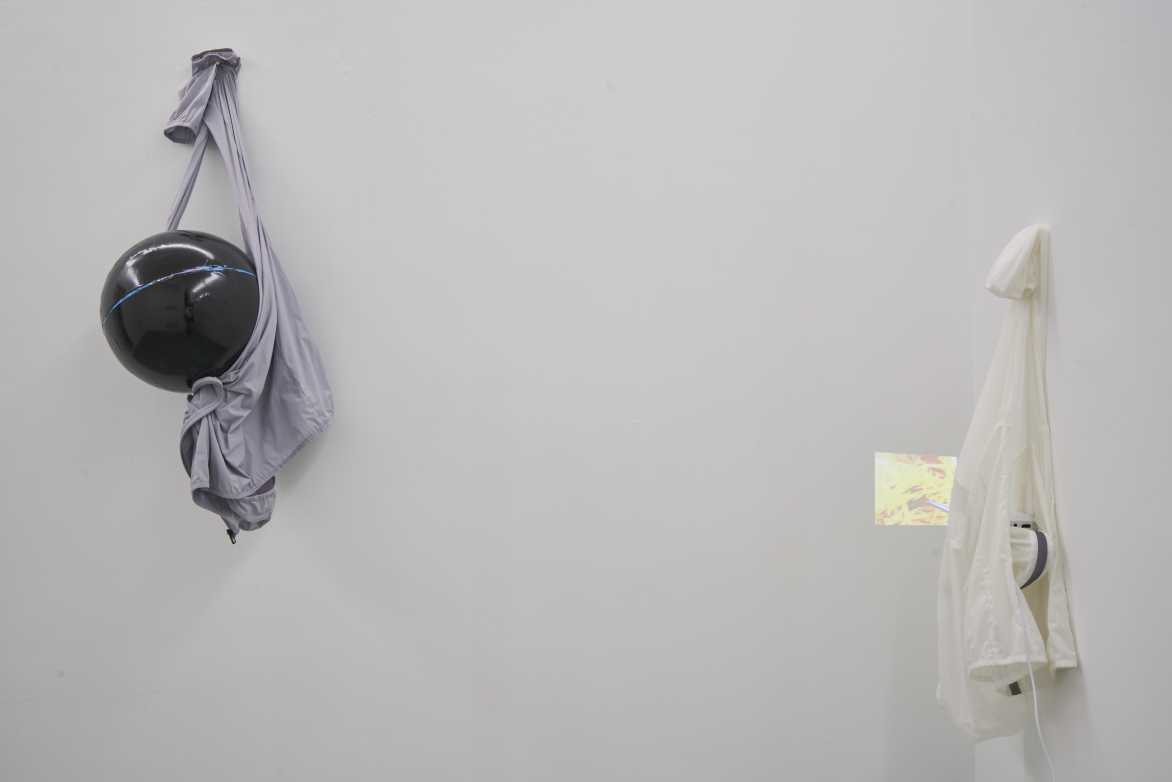 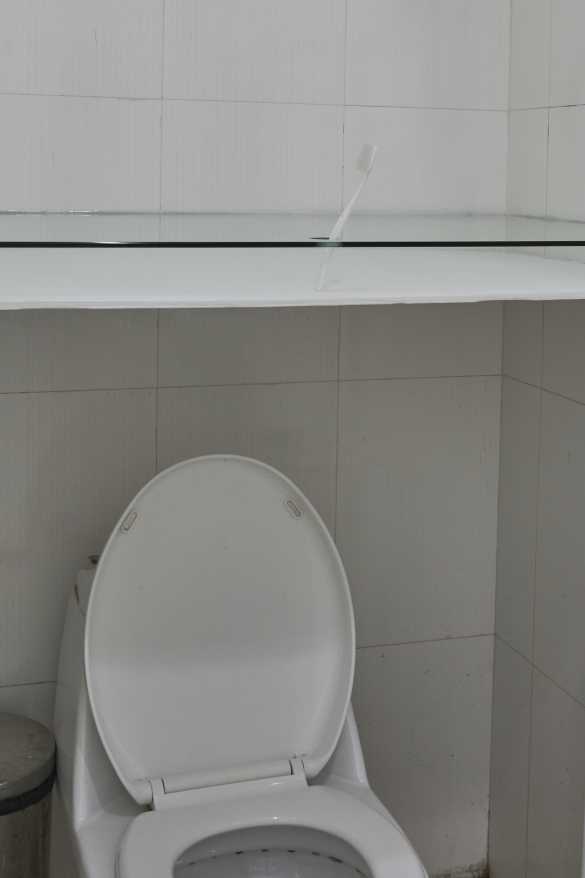 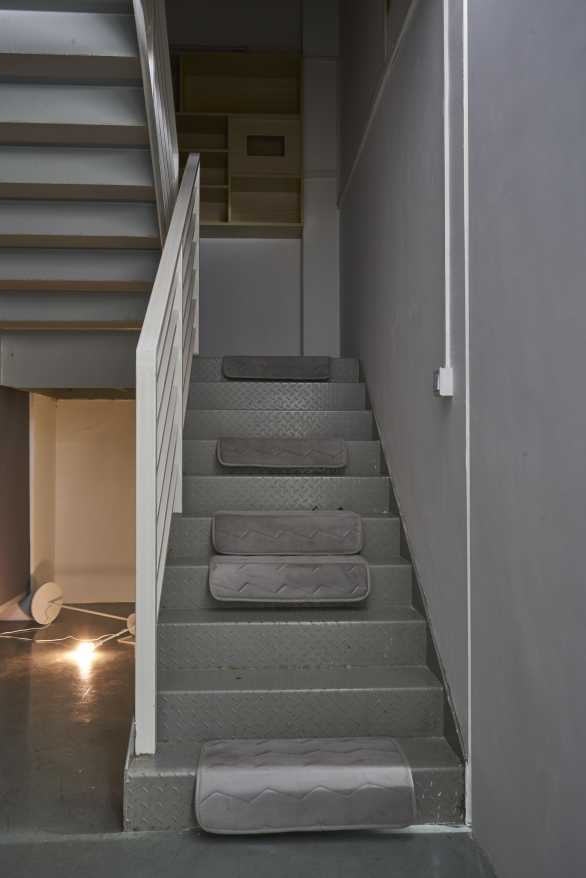 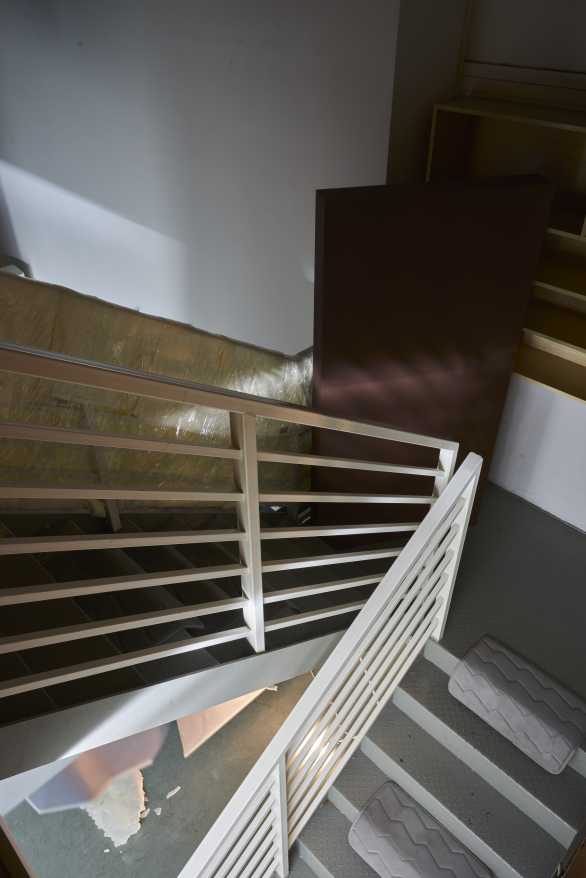 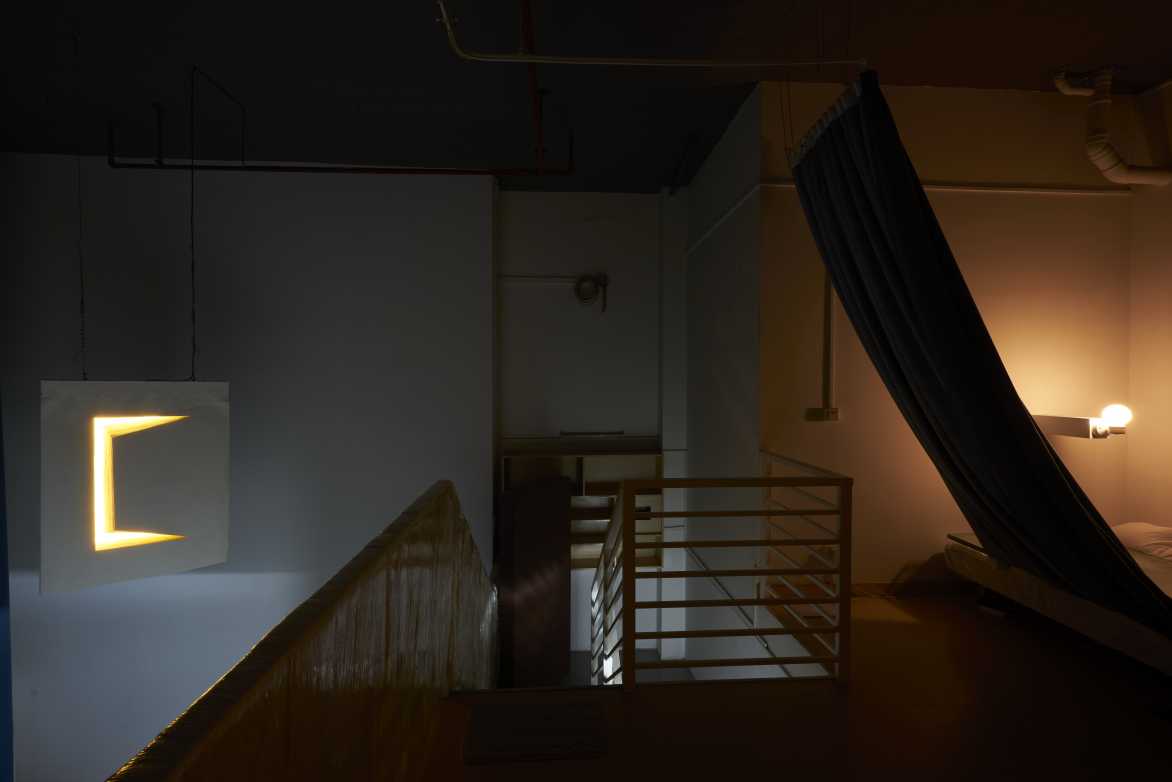 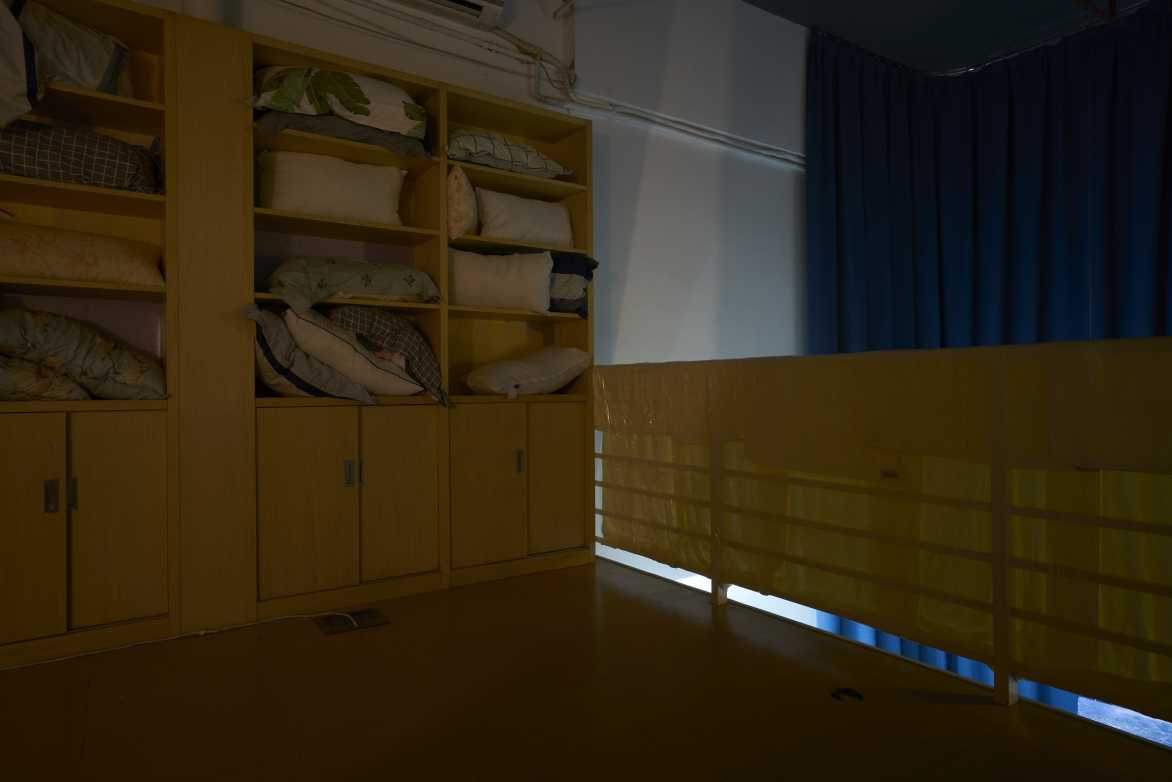 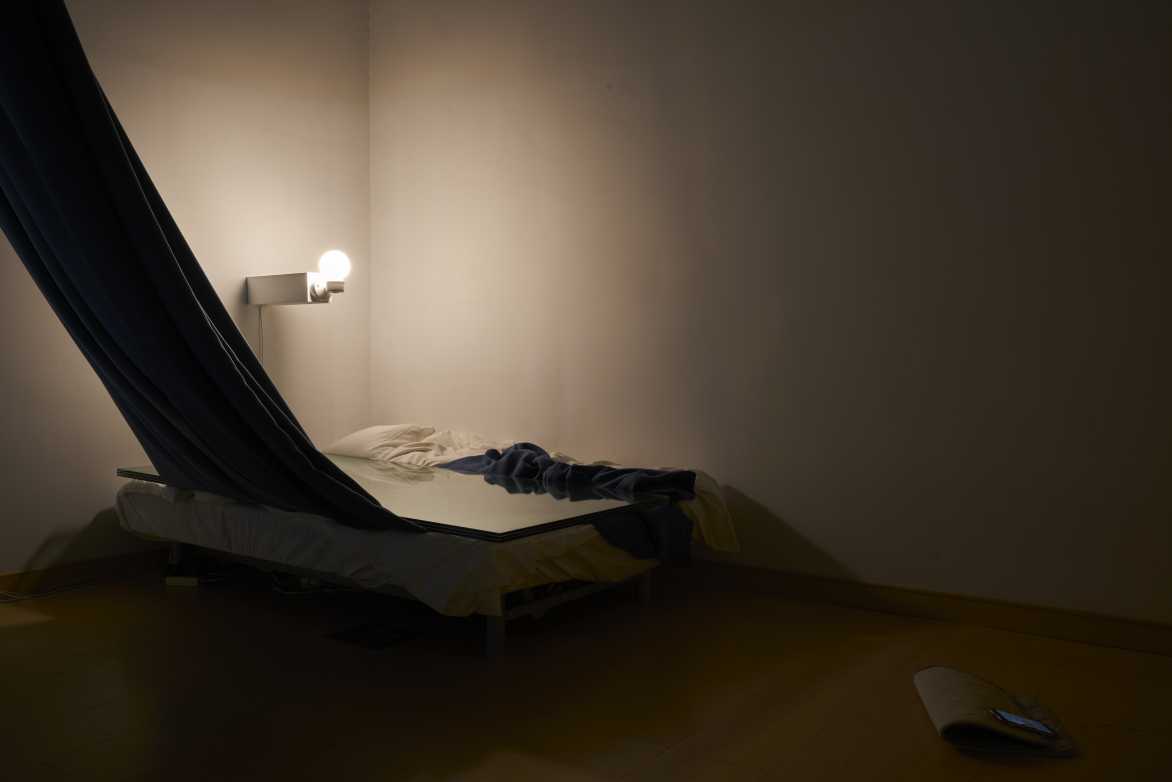 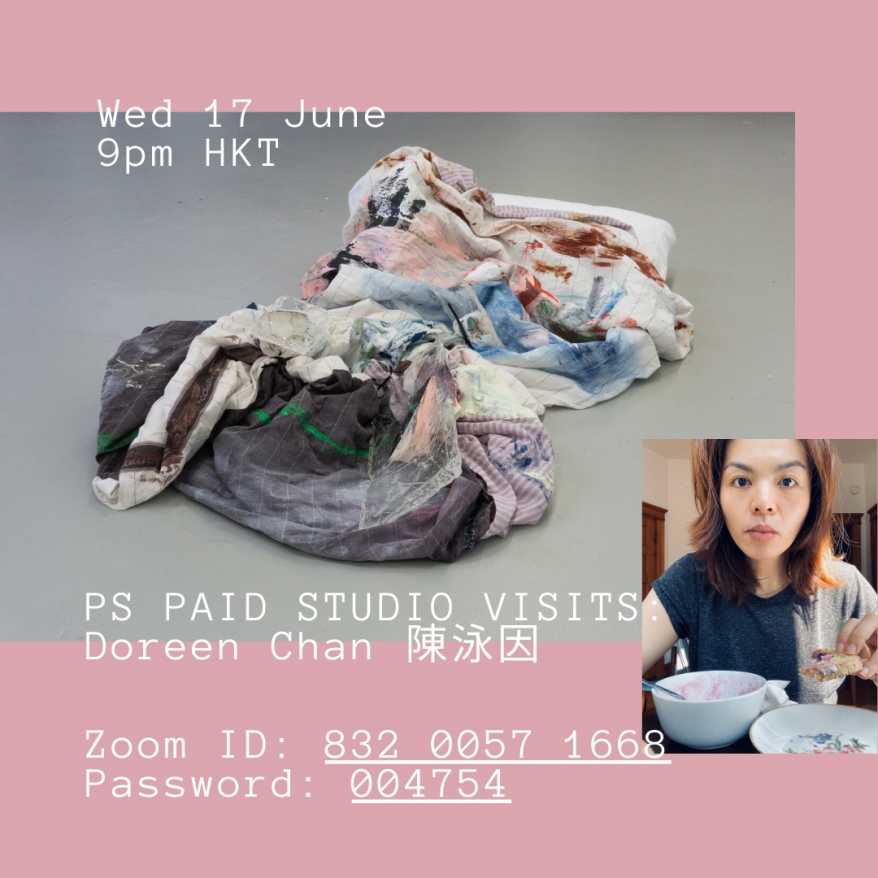