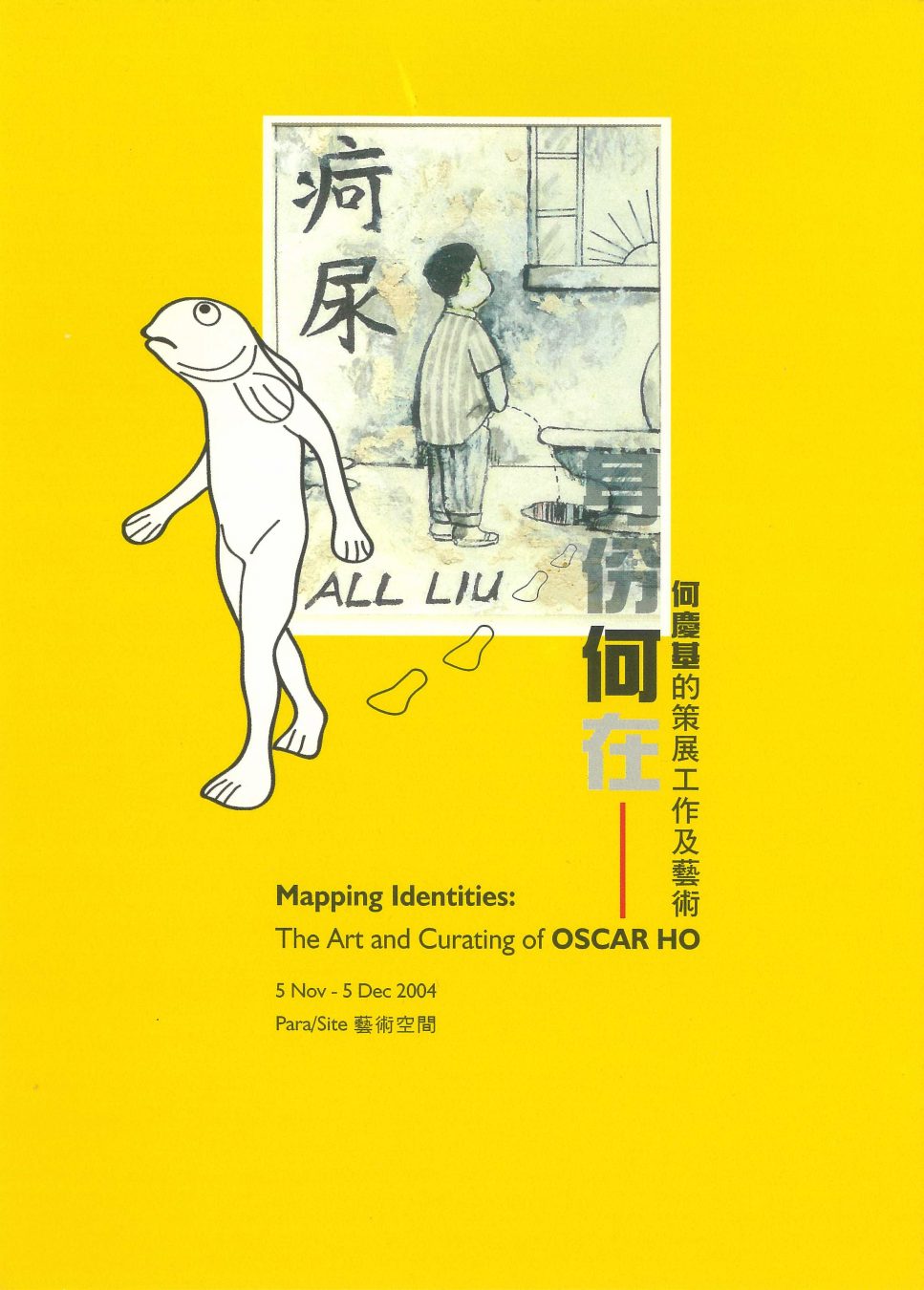 “Curating an exhibition is like an artistic creation process. The curator responds to the environments around him, views from a subjective angle and analyzes objectively. He then presents a whole bunch of things. These things should not serve only to deal with a kind of pure artistic feeling. Rather, it must cope with the developments of society, and reflect cultural phenomenon according to the cultural theme revealed by the artistic object.”

Following on from QK — The Curious Object — A Specimen Collection of Chan Yuk Keung, Para Site Art Space invited Oscar Ho to be the fourth artist of its Hong Kong Artist Series. Oscar Ho makes it clear that he does not wish to have any retrospective show because he thinks that his work has not yet come to a conclusive stage. Instead, this exhibition will focus on exploring his dual identities as a curator and artist, with an attempt to look at some aspects of his creative worlds.

Oscar Ho is a curator, artist, art critic, and art educator. He was once a Hong Kong art policy researcher. In the late 70’s, he studied and lived in North America for nearly ten years. He was first trained as a painter then turned to create sculptural works. During his university days, he was deeply influenced by his professors who introduced him to look at art and culture from the Marxist and anthropological approaches. And what Oscar Ho found most rewarding was to study with a group of ‘Californian Funk’ artists and classmates, from whom he learned that the most important aspect of art-making is to integrate art into one’s life. Oscar Ho gave up using mud and branches after his return to Hong Kong. He turned to use plastic and industrial materials in response to the local urban landscape. Although Oscar Ho sometimes added in political elements into his work, most of these sculptural constructions remained personal. Since 1991 Oscar Ho has created his Stories Around Town series which is far his most important work. He combines local news, fabricated stories, and mythology to suggest a city being filled with collective hysteria.

Oscar Ho started to take up the post as Exhibition Director of Hong Kong Arts Centre in 1988 and continued to work there for more than ten years. He found himself very lucky to be the curator of an independent institution, as Hong Kong Arts Centre was probably the only non-government institution that employed a full-time curator in contemporary art. During that period, he organised about 100 exhibitions, including those highly controversial open exhibitions Living with Art and In Search of Art. Through these exhibitions, Oscar Ho opened up the definitions of art. He looked at art sociologically as cultural products created by all members of the community. Oscar Ho refuses to limit his definition of art to ‘fine arts’ only. Over the years, he has also organised a number of community projects by working with activists and community groups. He believes that art should actively respond to the needs of the community.

Oscar Ho says: “My interest in Hong Kong culture was partly socio-political because of the sense of crisis triggered by the reunification.” In 1991 he launched the Hong Kong Culture Series with The Art of Li Tiefu exhibition. This intended to reveal Hong Kong’s distinctive culture. This series also focused on the much ignored but very interesting part of Hong Kong culture, the popular culture, exhibitions such as The Art of Kwan Wai Lung, Yau Leung Retrospective and Hong Kong Sixties: Designing Identity were organised respectively. By 1996, when a wave of so-called sudden patriotism emerged in Hong Kong, Oscar Ho organised Being China (Being Hong Kong) exhibition with an attempt to reveal the ambiguity of our nationalistic passion. From 1997 to 1999, Oscar Ho turned curating into a creating act. He curated exhibitions about ‘Lo Ting’, and created a fake history museum. Through these exhibitions, it was hoped to challenge not only the idea of the museum, but also the authority of history.

By viewing both Oscar Ho‘s works, one might realize the common ground between his artistic creation and curatorial work. His early studies on anthropology and his influence by ‘Funk’ artists have certainly shaped his curatorial thinking. The mythology of Stories around Town was perhaps an artist version of the fabricated ‘Lo Ting’ exhibitions. During his days at the Arts Centre, Oscar seldom had his work shown locally to avoid the conflict of interest. This exhibition, however, will show his art together with his curatorial works, inviting audiences to have a review of the dynamic between the works of a curator and artist.

This exhibition is co-curated by Eliza Lai and Irene Ngan. In conjunction with the exhibition, a catalogue is published with articles by critics, exhibition documentations and selected works by Oscar Ho. 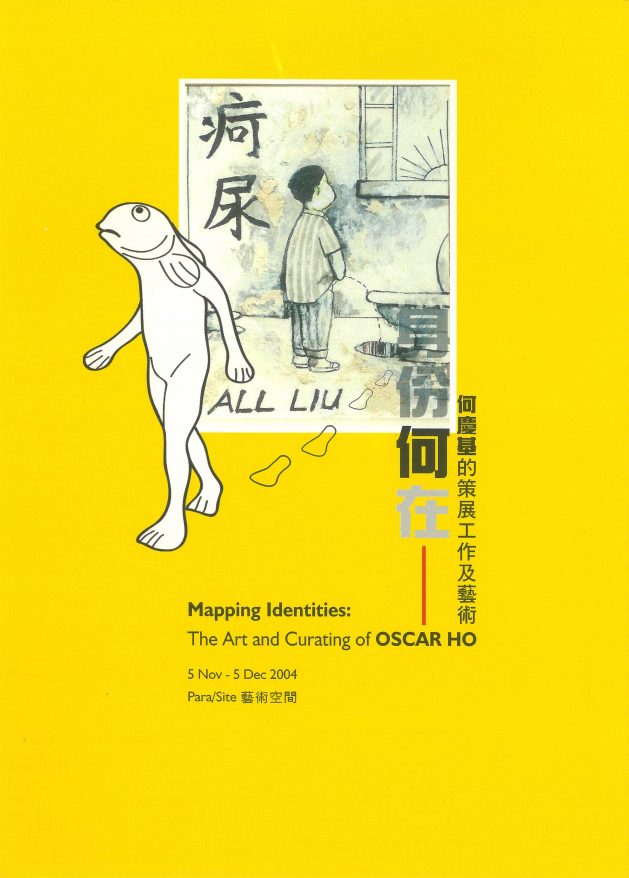 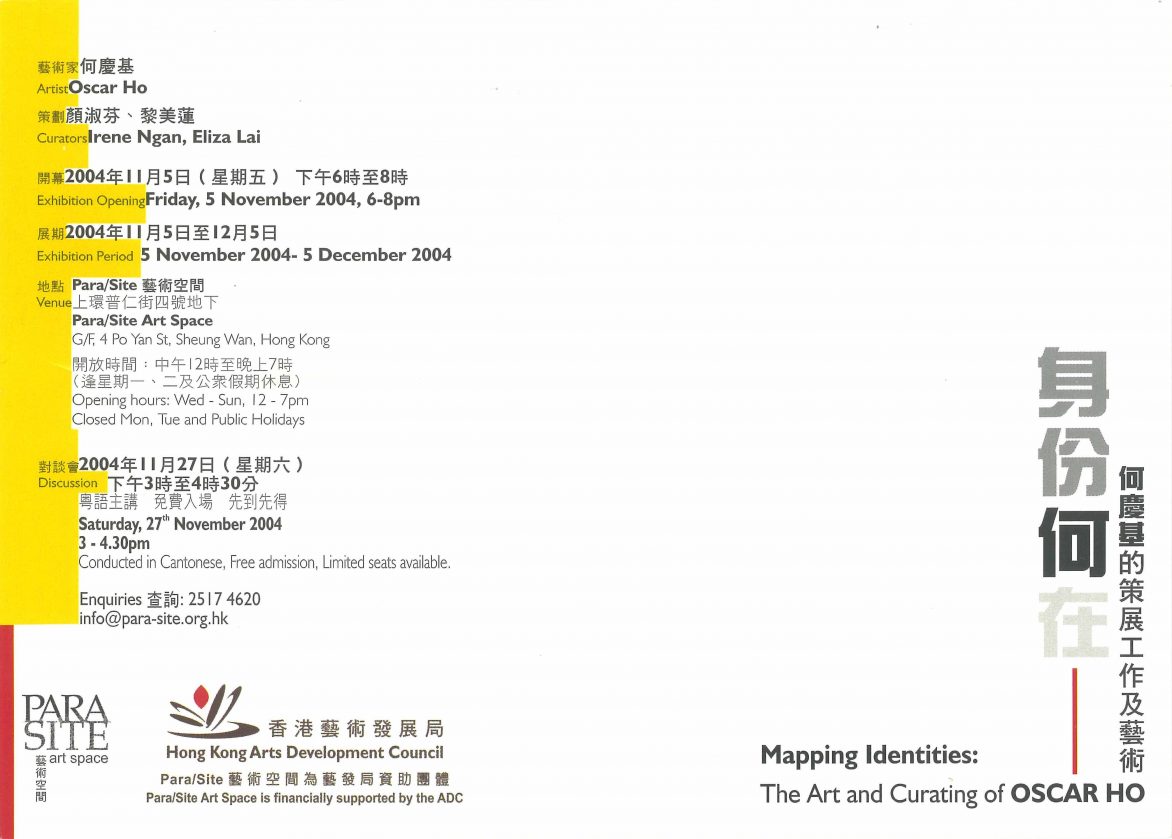 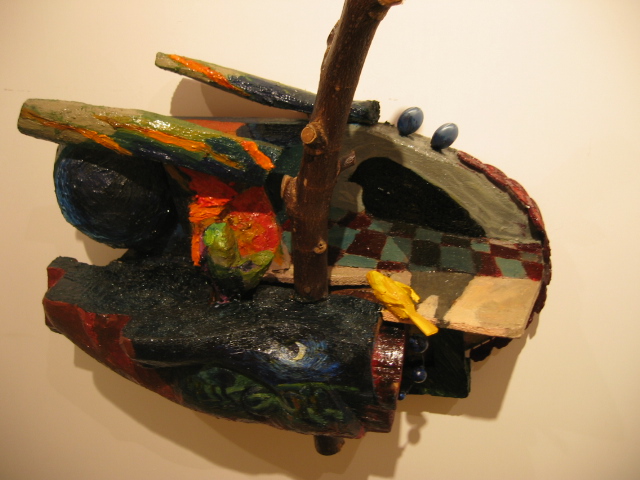 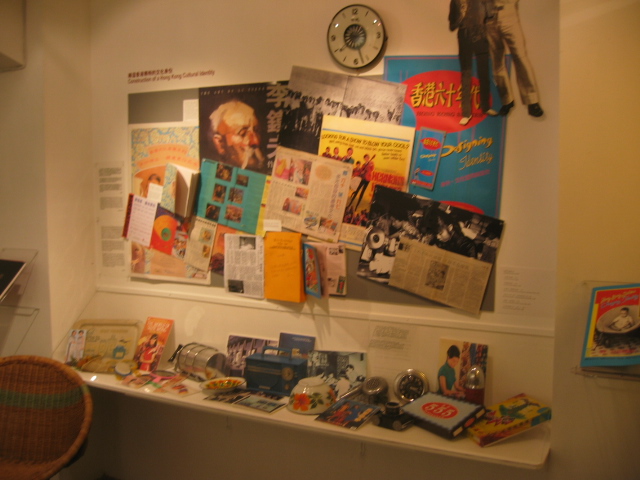 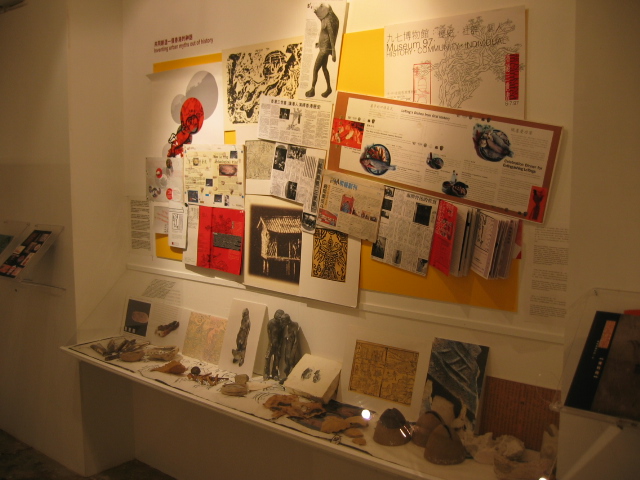 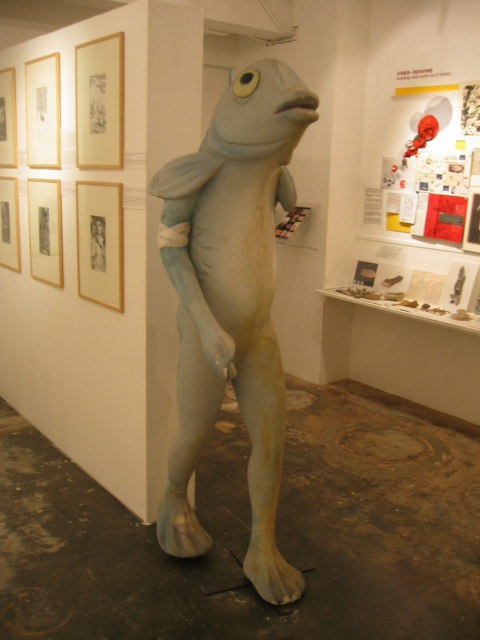 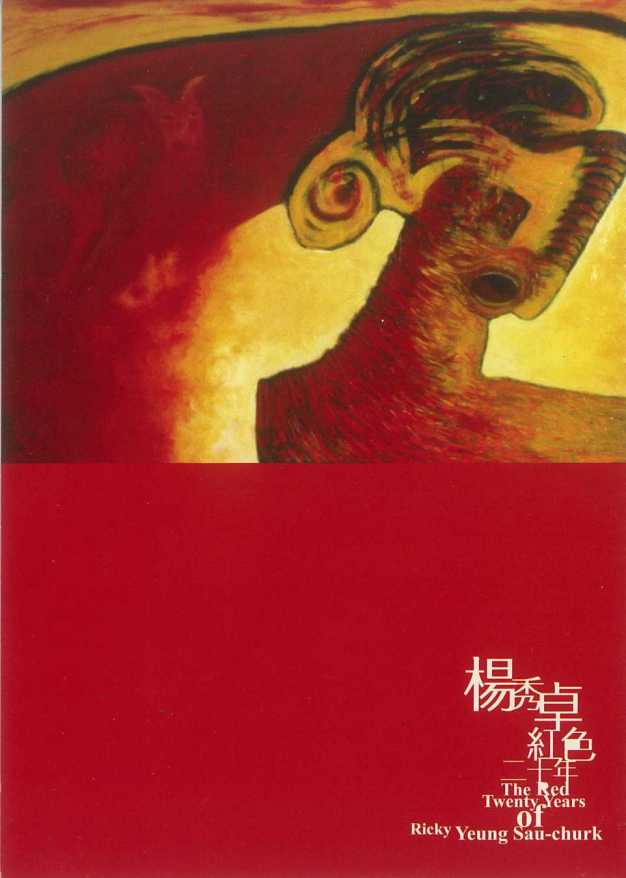 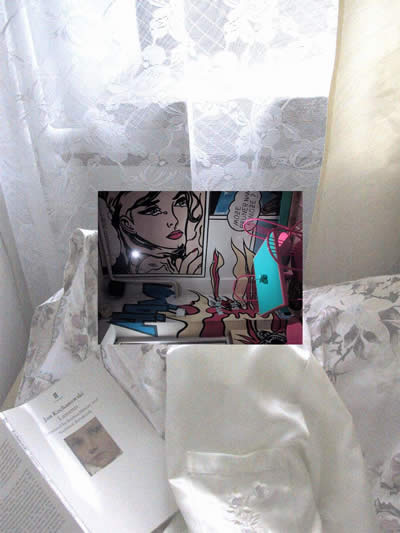 Hong Kong Artist Series: Everything starts from “Here”—Retrospective Exhibition of May Fung