Para Site proudly announces Taiping Tianguo: A History of Possible Encounters: Ai Weiwei, Frog King Kwok, Tehching Hsieh, and Martin Wong in New York at the e-flux, New York. This exhibition explores actual and concrete, as well as tenuous or even possibly non-existing connections between four artists in New York in the heady years of the 1980s and the early 1990s.

In recent years, Ai Weiwei, Frog King Kwok, Tehching Hsieh, and Martin Wong have come to prominence in different ways. While they are all of Chinese heritage, they hailed from different places, contexts, and lineages, and have been situated in wildly divergent art historical narratives and discursive matrices. Ai came from Mainland China, Hsieh from Taiwan, Kwok from Hong Kong, and Wong from San Francisco. All of them arrived in New York between the late 1970s and the early ’80s. After living and working in the city until the early 1990s, Ai, Kwok, and Wong returned to their respective homelands, while Hsieh continues to live in New York. Wong died in 1999. The exhibition began as a series of questions: How did these four artists end up in New York in the 1980s and early 1990s? Did they know one another? What new lessons might we learn about the storied time and place of art history, and also about the divergent practices of these figures—well known in their respective contexts—by considering their work together?

Thanks to existing documentation and remembrances, certain connections between the four artists were clear from the beginning of the inquiry. For instance, Hsieh appears in Ai’s photographs from his time in New York, along with many other Chinese future cultural luminaries, such as artist Xu Bing, filmmaker Chen Kaige, and composer Tan Dun. Kwok provided critical assistance for Hsieh for some of the latter’s legendary One Year Performances, and became acquainted with Wong and Ai, who were friends themselves, at KWOK Gallery, a space he owned and ran for a time in SoHo. For all four artists, New York in the ’80s and early ’90s represented a time-space filled with freedom and possibilities that incubated their artistic visions and imaginations. By excavating and reestablishing their connections, this exhibition ventures an alternative narrative to those that disregard these artists’ personal connections in favor of city- or nation-specific, or formalist histories. A casual community, a network of acquaintances, and an underground economy, the exhibition suggests, were as crucial in sustaining the lives of these then little-known artists as they were in shaping their burgeoning artistic practices. By strengthening this narrative, the exhibition also hopes to contribute to a critical understanding of this time period, which also marked the first decade of contemporary Chinese art, and the prelude to the era of globalized contemporary art.

“Taiping Tianguo” (Heavely Kingdom of Eternal Peace) was the name of the domain established in southern China by the Taiping Rebellion in the mid-nineteenth century. Wong used the name as the inspiration for a now-lost painting, and it was in turn proposed as the title of a posthumous exhibition of his work. Borrowed by the present exhibition, the title serves as a metaphor for the New York of the 1980s and early 1990s—a crucial place and time for the lives and works of the four artists in the exhibition. In addition to selected works by four artists and related archival materials, this presentation at e-flux will include re-creations of historical installations by Kwok as well as guided tours of downtown by New York-based artists, writers, and curators.

太平天國/Taiping Tianguo, A History of Possible Encounters: Ai Weiwei, Frog King Kwok, Tehching Hsieh, and Martin Wong in New York was first shown at Para Site from May to August 2012. It subsequently traveled to SALT Beyoğlu, Istanbul, and National University Singapore Museum. The project is co-organized by the curatorial initiative, A Future Museum for China, and Para Site.

Please visit the below e-flux Facebook page for details on the opening event: 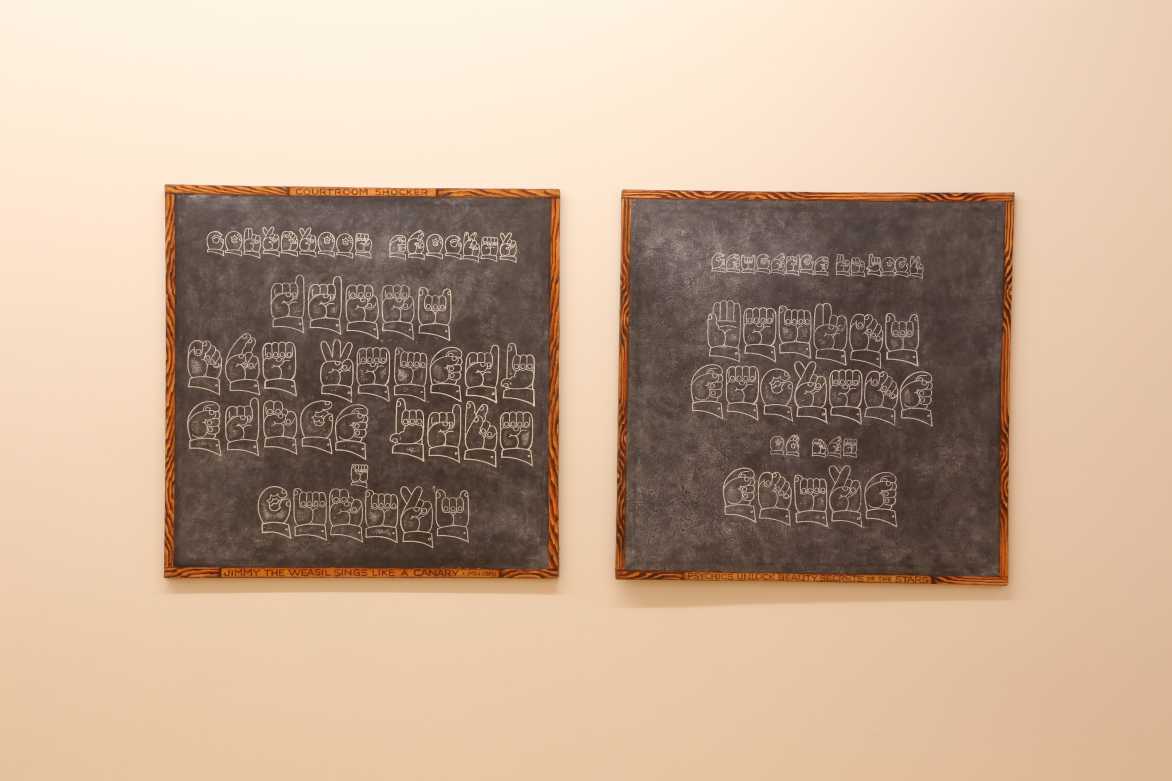 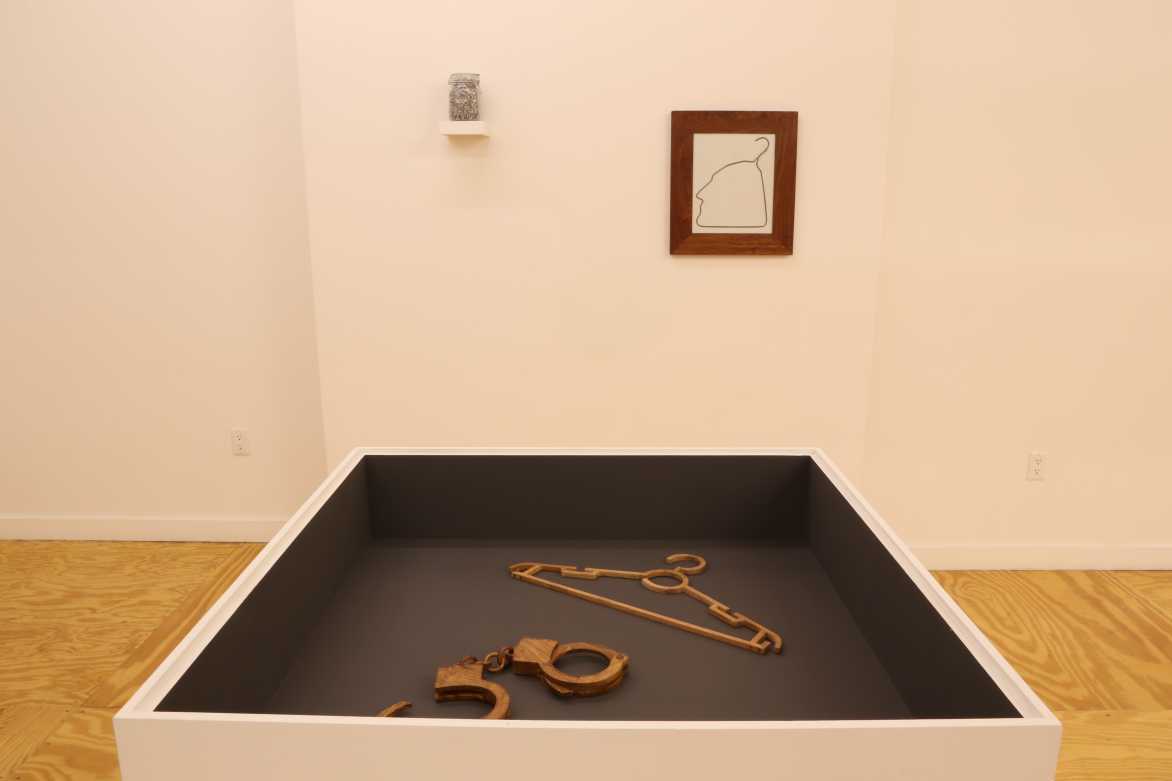 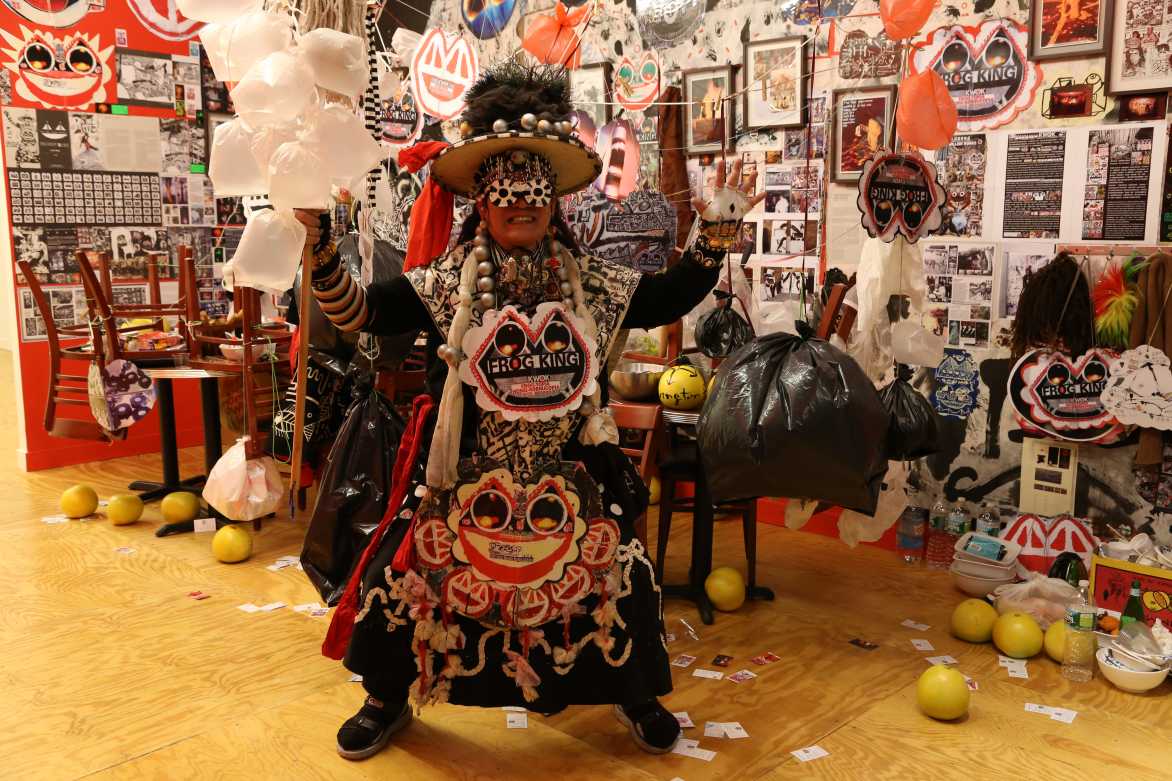 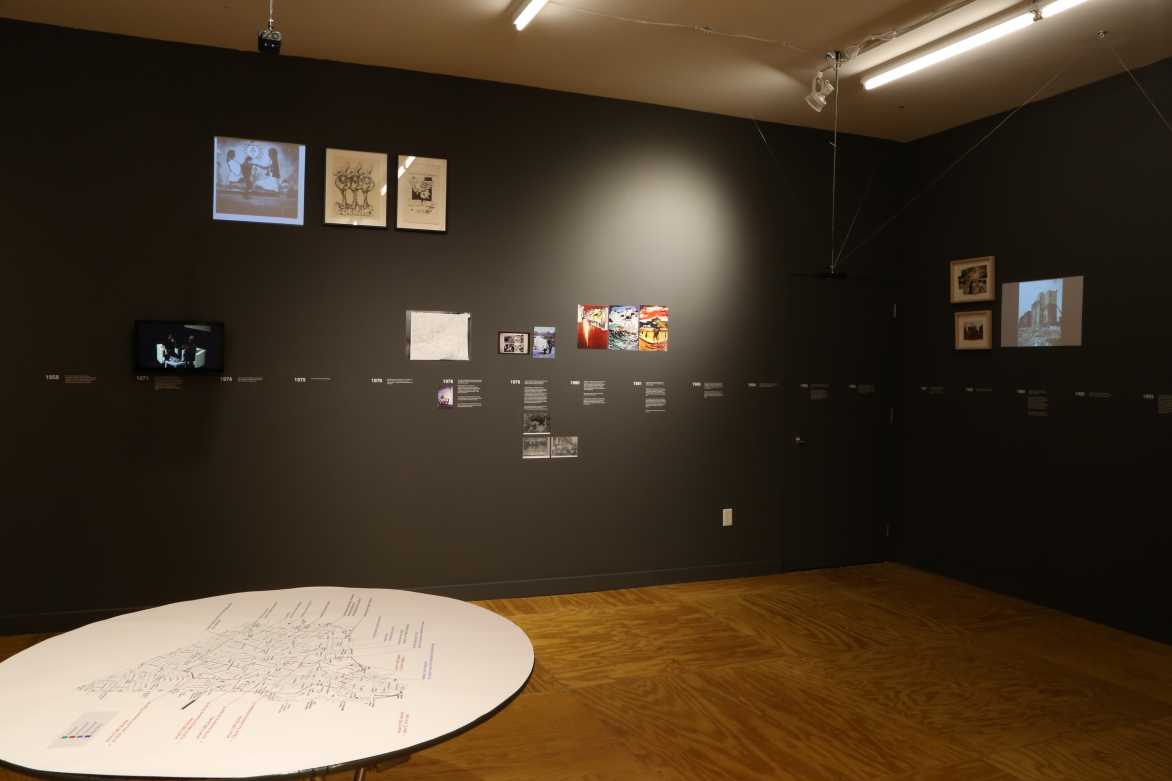 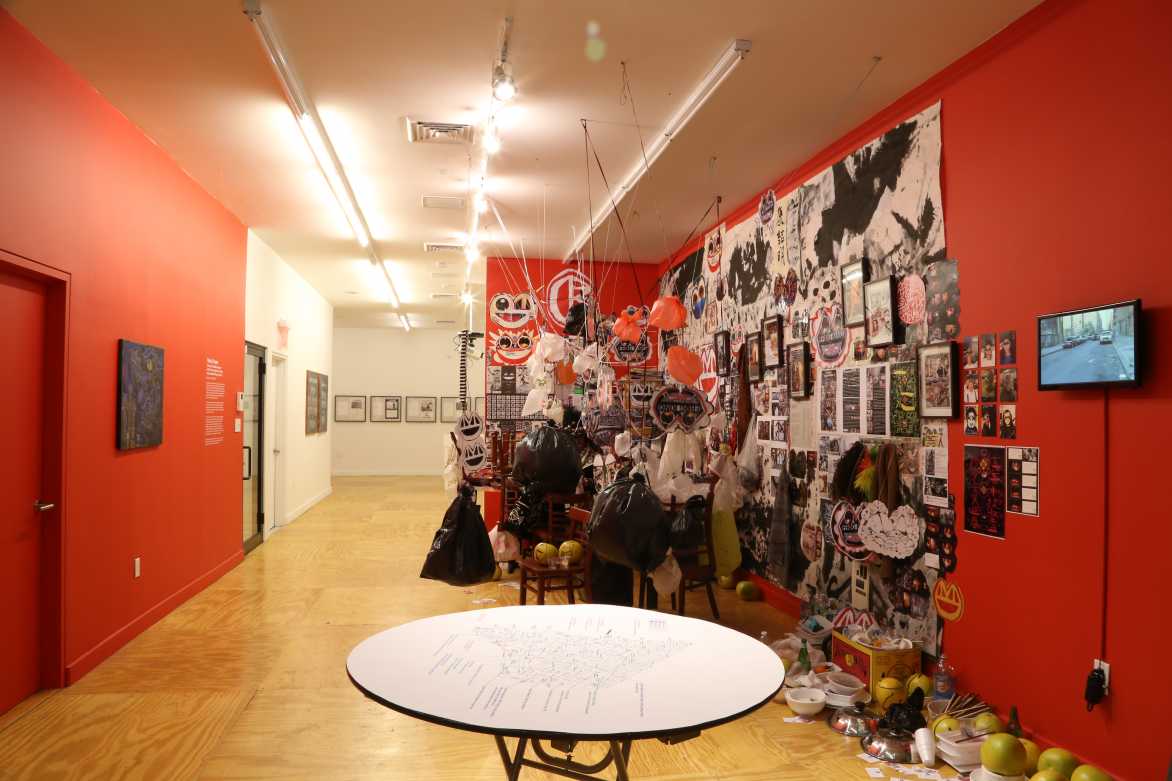 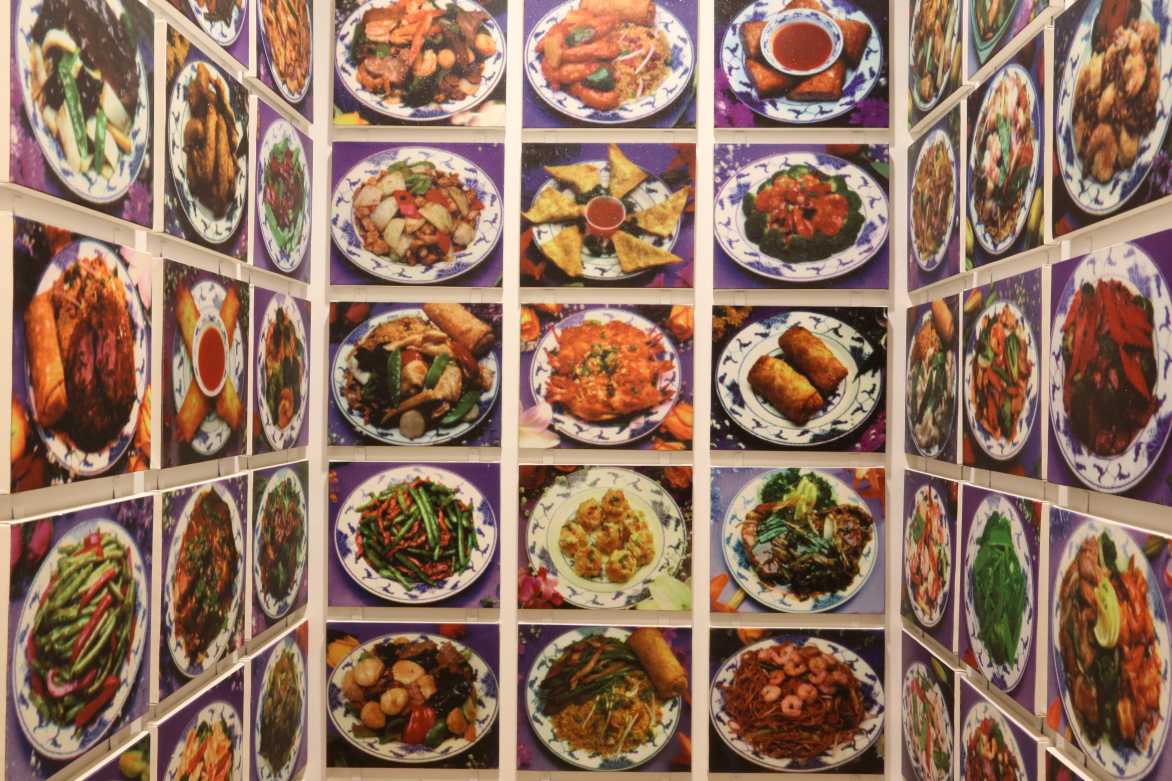 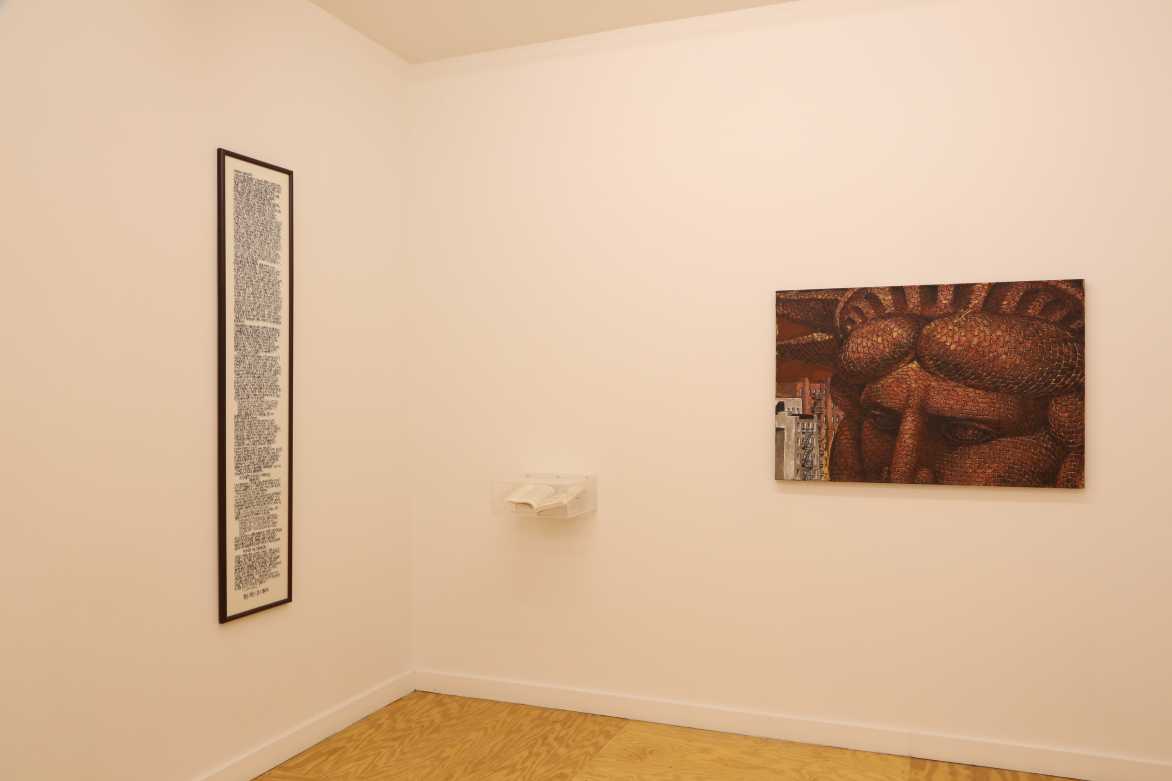