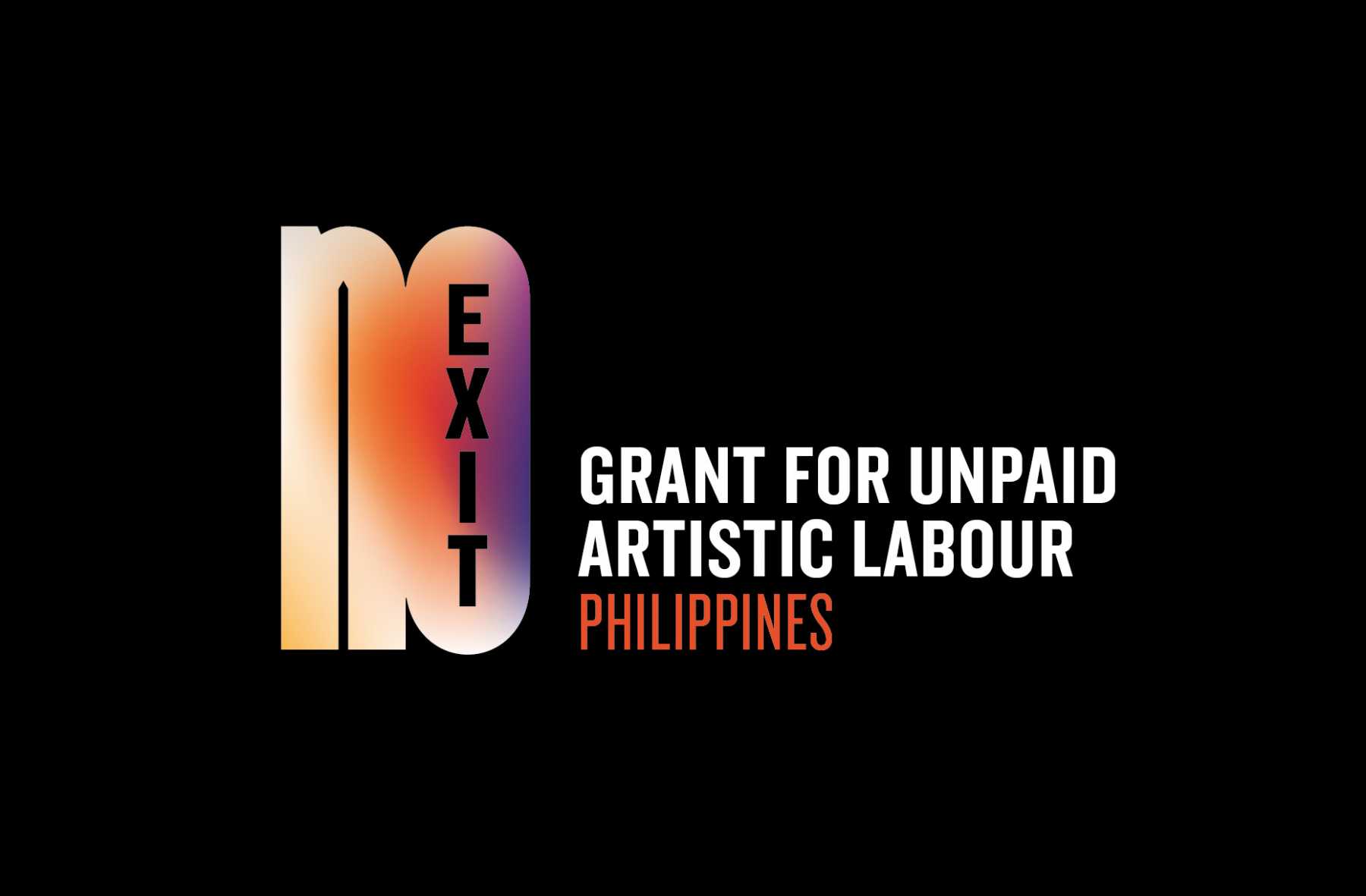 During Para Site’s 25th anniversary year in 2021, held under the 25+25 vision that honours the communities built over the past quarter century and commits to the foundations of the next, Para Site announces a second edition of NoExit Grant for Unpaid Artistic Labour. The 2021 NoExit Grant for Unpaid Artistic Labour—Philippines seeks to award HKD20,000 for unrestricted use to 27 artists in the Philippines at any stage of their careers and not current recipients of stable income from the market or academic work.

Recognising the severe and ongoing impact of the pandemic in the Philippines and on its art scene, the long, profound, and often unacknowledged connections between Hong Kong and the Philippines, as well as the urgent need for international solidarity, in particular in close vicinities, Para Site is organising a 2021 edition of NoExit Grant for Unpaid Artistic Labour directed entirely to artists in the Philippines at the same amount and conditions as the first edition of the grant in 2020, which was dedicated to artists in Hong Kong. The grantees will again be determined through an open call and selection by a jury composed of Para Site team members and a jury composed of Filipino artists Eisa Jocson (choreographer and dancer), Moira Lang (filmmaker and writer), and Gary Ross Pastrana (visual artist).

The 2021 edition of the NoExit Grant for Unpaid Artistic Labour continues the spirit of the previous edition, acknowledging the precarious nature of artistic labour where, also prior to the pandemic, crucial parts of the artistic production process went unpaid and unacknowledged. Different from most kinds of financial support for which recipients are required to deliver set outcomes, the NoExit Grant for Unpaid Artistic Labour—Philippines wishes to provide a small but unique and necessary contribution at the crucial (yet often uncompensated) phase in artistic practice that allows thinking to flourish, outside of daily stress and without the pressure to produce, functioning in a way like an artist residency without travel.

The 2021 NoExit Grant for Unpaid Artistic Labour—Philippines will also expand its eligibility to include, beside visual artists, curators, writers, filmmakers, and choreographers.

Twenty-five grants of the 2021 NoExit Grant for Unpaid Artistic Labour—Philippines are made possible by an anonymous donor, with two additional grants supported by Jam Acuzar and Mercedes Zobel.

All artists, curators, writers, filmmakers, and choreographers currently living in the Philippines and without commercial and academic sources of income may apply for the grant. Each artist will be awarded with HKD20,000 with a total of 27 grantees, and the jury will determine the finalists based on their individual assessment of merit and need.

To shorten the jury process and lessen the time and effort invested in the application, applicants are invited to submit the following documents, and strongly recommended to observe the specifications in format and length.

Please submit both documents in the following formats:

All applications should be made in English and emailed to grants@para-site.art by 17  September 2021, noon HKT. The jury will meet in late September to make the final selection. Para Site expects to disburse the grants before the end of October 2021.

Eisa Jocson is a contemporary choreographer and dancer from the Philippines, trained as a visual artist, with a background in ballet. Her work investigates Filipino labour in the international context, with a special interest in performance and its presentation of happiness and the production of fantasy championed by media conglomerates where happiness becomes a commodity. Jocson has been commissioned by and toured extensively in major contemporary festivals. Her 2019 Sharjah Biennale commission looks into the affective labour of Overseas Filipino Musicians. Her work has been recognised by numerous international awards, including the Hugo Boss Asia Art Award (2019), Cultural Centre of the Philippines 13 Artists Award (2018), and the Zurcher Kantonalbank Acknowledgement Prize from the Zurich Theater Spektakel (2013). Her work was selected as one of the outstanding contemporary productions for the 2018 Tanzplattform. She was an Artist-in-Residence at Para Site in 2015, following her 2014 Hong Kong premiere of Macho Dancer (2013) as part of the exhibition ‘Ten Thousand Rooms of Yearning. Sex in Hong Kong’ at Para Site.

Moira Lang is a Filipino filmmaker and writer. Producing socially relevant works with many involving LGBT issues, Lang is prominently known for her work on the films Jesus is Dead (2017), Norte, the End of History (2013), Remington and the Curse of the Zombadings (2011), and The Blossoming of Maximo Oliveros (2005). After graduating from the University of the Philippines in business administration, Lang increasingly concentrated on her passion for cinema. In addition to committing to her own career in film production, she has also taken on the role of mentor to those who wish to kickstart their independent filmmaking. Her initiative resulted in the establishment of the ufo (art) Gallery, the co-founding of ufo Pictures, and her work for the production company Origin8 Media. Norte, the End of History premiered in the official selection of the section Un Certain Regard at Cannes in 2013.

Gary-Ross Pastrana has been persistent on combining concepts with objects in his practice. Loaded with poetic intensity, the works remain unobtrusively subtle and somewhat quaint in their appearance: woven tales from found pictures on the Internet, sawed off parts of a boat shipped to another country, or his shirt tied onto a pole to commensurate a flag. Through these simple yet layered objects, the artist creates a new text within. Pastrana has been awarded residencies throughout East and Southeast Asia. In 2006, Pastrana received the Cultural Center of the Philippines’ Thirteen Artists Award. His work has been exhibited at Artspace Aotearoa, Auckland (2021); Asia Culture Center, Gwangju (2017); ISB Gallery, Rhode Island School of Design, Providence (2017); Singpore Art Museum (2014); the Jorge B. Vargas Museum, Manila (2014); Metropolitan Museum of Manila (2013); New Museum, New York (2012); Aichi Triennale (2010); Bangkok University Gallery (2011); Busan Biennial (2008); and Green Papaya Art Projects, Manila (2003). In 2004, he co-founded Future Prospects art space, and has organized exhibitions both in the Philippines and abroad. Pastrana received his BA in painting from the University of the Philippines.