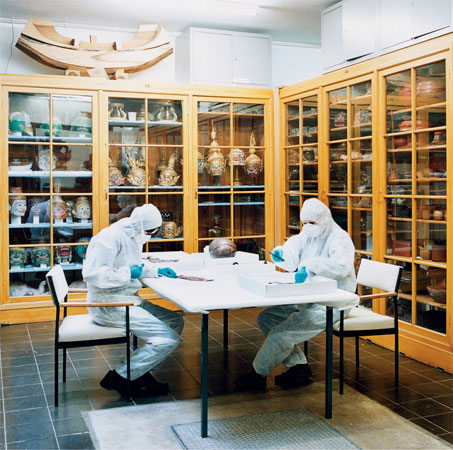 Para Site has the pleasure to present Animism: Drawing the Line a talk by curator Anselm Franke. The lecture will draw from his research on the Animisim project and will explore the relation between the aesthetics and politics of animism, and their significance for reaching beyond the West / Non-West binary today. It will show that animism is a concept through which we can gain substantial insights into politics, namely through interrogating the practices of political inclusion and the acquisition of rights, and equally into exhibition practice, aesthetics and the question of “modernity”.

“Animism” is a concept from 19th century European anthropology, where it designated humanity’s “original religion” in which nature and the cosmos are being variously perceived as animated and populated by vital forces, spirits or different non-human persons. Animism was perceived as an essential “premodern” and “savage” worldview, and the discourse was intimately tied with colonialism. Animism acted as both an imaginary mirror of Otherness confirming the self-identity of Western modernity, and as a designation for ontological difference in various cultures. From a contemporary modern perspective, animism appears as a name for the making of the distinction between “objects” and “subjects” in an expanded field of environmental thought. But animism is also closely linked to “animation” in film and other artistic media.

Anselm Franke is a curator and publicist based in Berlin, where he is Head of the Department of Visual Arts and Film at the House of World Cultures (HKW). He was the curator of the 2012 Taipei Biennial, and previously Director of Extra City Kunsthal Antwerpen, where he initiated the traveling exhibition Animism in 2010, which has since been realized in various collaborations in Bern, Vienna, Berlin, New York. After its presentation at OCAT Shenzhen, the exhibition was shown at Ilmin Museum in Seoul.