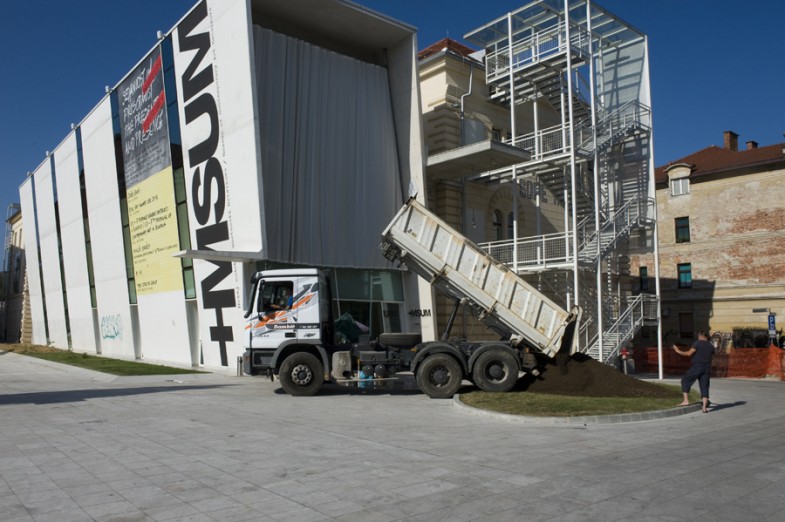 Greetings from the Beyond a Construction Site by KUD Obrat; 2013. U3 - The Triennial of contemporary art in Slovenia. Courtesy Dejan Habicht

Para Site has the pleasure to present Around Curatorial Practice: What do we do when we curate?, a lecture by art critic, independent curator and Chief Editor of Manifesta Journal Nataša Petrešin-Bachelez. The lecture will draw upon Petrešin-Bachelez’s experience of working at Les Laboratoires d’Aubervilliers, a venue for artistic research in the North of Paris, and on the U3 – triennial of contemporary art in Slovenia.

Petrešin-Bachelez will be exploring terms such as “situated artistic research” – implying a research that develops fully its opportunity through adaptation to its environment, or, to measure and experiment with the results of any modifications applied to that environment, which can in turn also modify the research; and “situated curatorial practice” where the need to situate a practice drives the creation of local projects that stand for their “contextual”, “community” or “participative” activity. Development of such projects needs a certain elasticity of time and the privilege of taking time. This is crucial for undoing the protocols of exchanges between the artist, institution and the public (visitors, participants, passers-by), which are set by art institutions, often just on the basis of abstract projections.

Furthermore, reflexivity, which in recent anthropological studies has been appreciated as an act of acknowledging one’s own subjectivity and the part one plays in one’s work, invites us to rethink what do we actually do when we curate. This is the main question around which the new series of Manifesta Journal – Around Curatorial Practices is focused on. The online platform of Manifesta Journal is reconsidering the meanings and the effects of curatorial practices today, focusing on urgent (geo)political, humanistic, queer, instigating and controversial potentialities. The new, encompassing subtitle, “Around Curatorial Practices” marks the trajectory from the previous subtitle, “Journal of Contemporary Curatorship”. The preposition “around” is devoted to what actually moves subjectivities when they adopt the notion of curating as responding to their practices, which are informed by drives, subversions, opacities, risks, desires, beliefs and solidarities.

This event is supported by Asia Art Archive.

Nataša Petrešin-Bachelez is an art critic and independent curator based in Paris, France. In 2010, she was appointed co-director of the Laboratoires d’Aubervilliers. Since 2006 she has co-organized the seminar Something You Should Know, at the EHESS in Paris, France, with Elisabeth Lebovici, Patricia Falguières and Hans Ulrich Obrist. In 2010 she was associate curator of The Promises of the Past, Centre Pompidou, Paris, and guest curator of the Paris Photo art fair. Curatorial projects include Yona Friedman. Around ville spatial, Mala galerija, Ljubljana (2010); Conspire, festival transmediale.08, Haus der Kulturen der Welt, Berlin, Germany (2008); Distorted Fabric, De Appel, Amsterdam, The Netherlands (2007); Participation: Nuisance or Necessity?, lASPIS, Stockholm, Sweden (2005); Our House is a House that Moves, Galerija Škuc, Ljubljana, Living Art Museum, Reykjavik, Iceland (2006), and In the Gorges of the Balkans, Kunsthalle Fridericianum, Kassel, Germany (2003). She was co-curator of the project Société Anonyme, Le Plateau and Kadist Art Foundation, Paris (2007-2008), with Thomas Boutoux and François Piron. She contributed to magazines including e-flux journal, Springerin, Parkett, Bidoun, and Sarai Reader, and is a member of the editorial board of ARTMargins, UC Santa Barbara, and Maska, Ljubljana. Since 2011, Petresin-Bachelez has been chief editor of Manifesta Journal. In 2013, she curated U3 – The Triennial of contemporary art in Slovenia which takes place until September 29 at and around the Museum of Contemporary Art MSUM+ in Ljubljana. 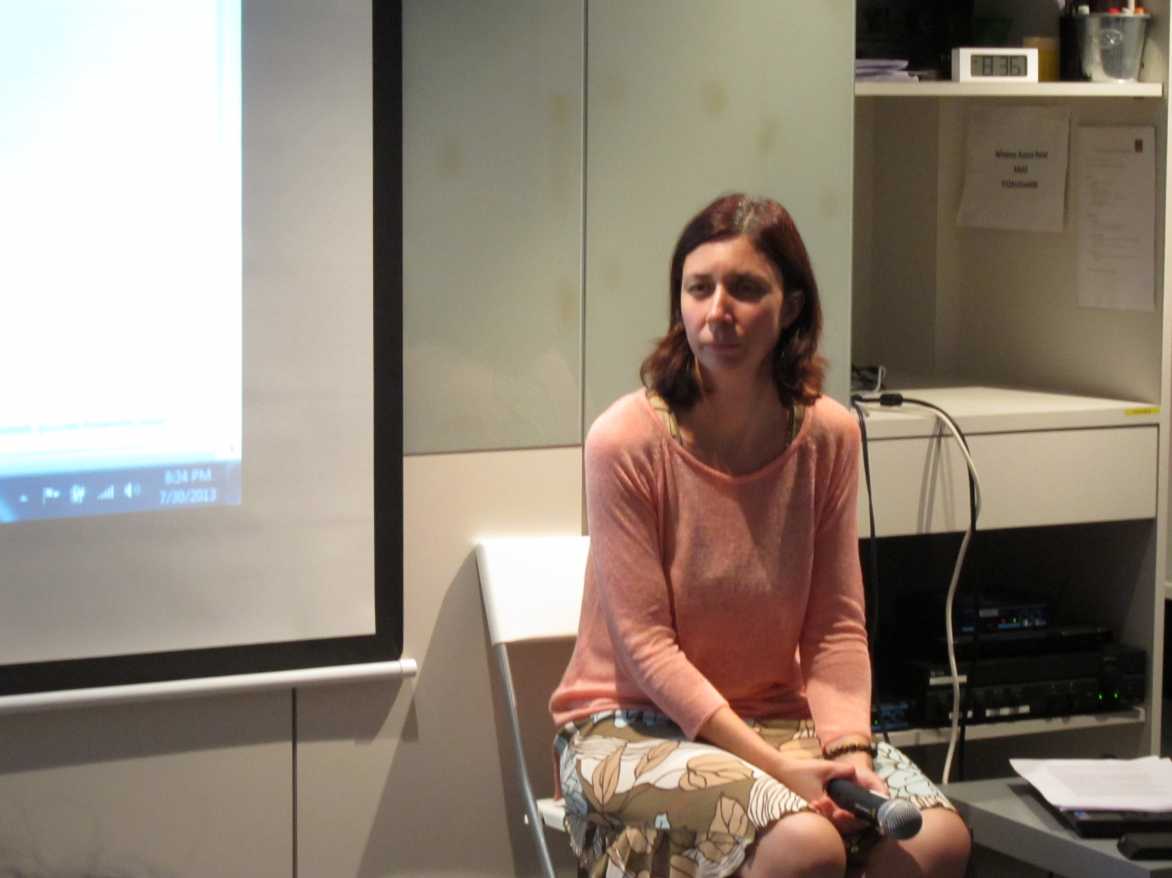 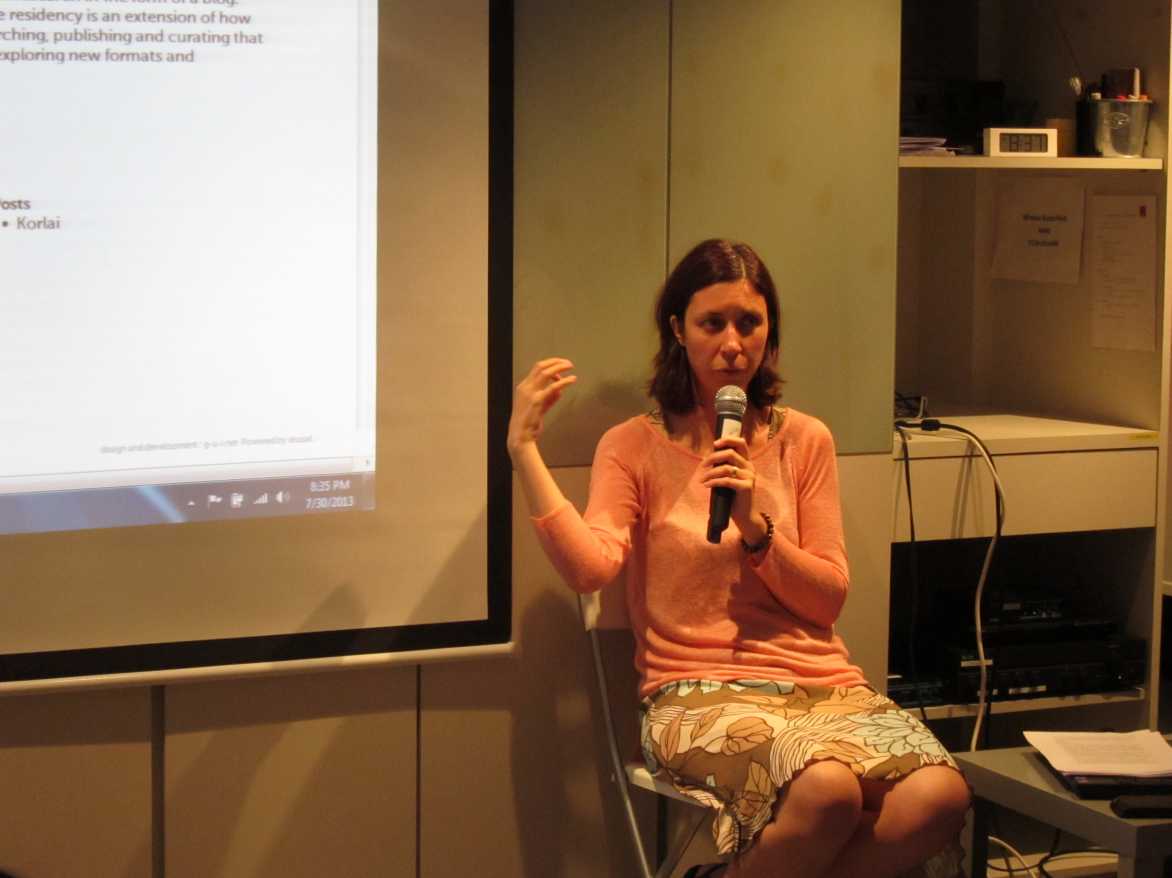