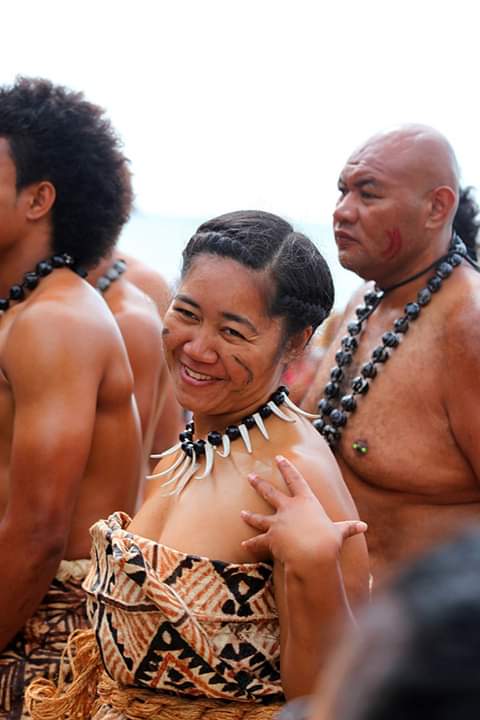 Fealofani Bruun, the first Sāmoan woman to qualify as yachtmaster, will share her experience and knowledge on traditional navigation in this programme.

For Sāmoans, a lot of their traditional voyaging knowledge and techniques were stored on the traditional voyaging canoe – the canoe was a knowledge space for recording star charts, their oceanic waterways, and many other knowledges about being Sāmoan. The renaissance of traditional Polynesian voyaging/navigation that started in Hawai’i in the 1970’s, was the cue to revive the knowledge for the sake of cultural restoration. It was also perfectly timed for the growing awareness of climate/environment change and the need to protect our oceans.

Fealofani (Fani) Bruun became the first Sāmoan female captain of Gaualofa, a double-hull ocean voyaging canoe. She has trained over 30 crew, crewed on seven other Pacific double-hull voyaging canoes, and logged enough miles on a canoe to circumnavigate the globe more than twice. She’s a Commonwealth award appointee (Point of Light) and was listed in BBC’s top 100 Inspiring & Influential Women in 2018.

Fani started sailing when she was only six years old, on contemporary sailing vessels at the local yacht club in American Samoa. She stopped when she was a teenager, and in her early 20’s revived her love of the ocean on a whole different kind of vessel and arena- traditional voyaging and navigation. She’s passionate about youth development in focusing on programs that align with culture, traditional navigation, wise ocean stewardship and equality of gender.

Fani’s affinity with the ocean is not because of science – at least not a Western framing of science. Her affinity with the ocean, in her own words, ‘is cultural, spiritual, cosmological and cosmogenical. It could be considered a type of ethno-science, but it doesn’t equate to a Western science; it’s embedded; it’s multi-dimensional. And all of that is evident on the ocean, in learning how our ancestors built these canoes and in learning how to navigate on the open ocean. The more I learnt about traditional navigation, the more comprehensive and defined things became in adapting it to everyday life. And as I did, I have come to see the beauty of my culture, the beauty of the people around me, the beauty of my roots and the wisdom of our ancestors’.