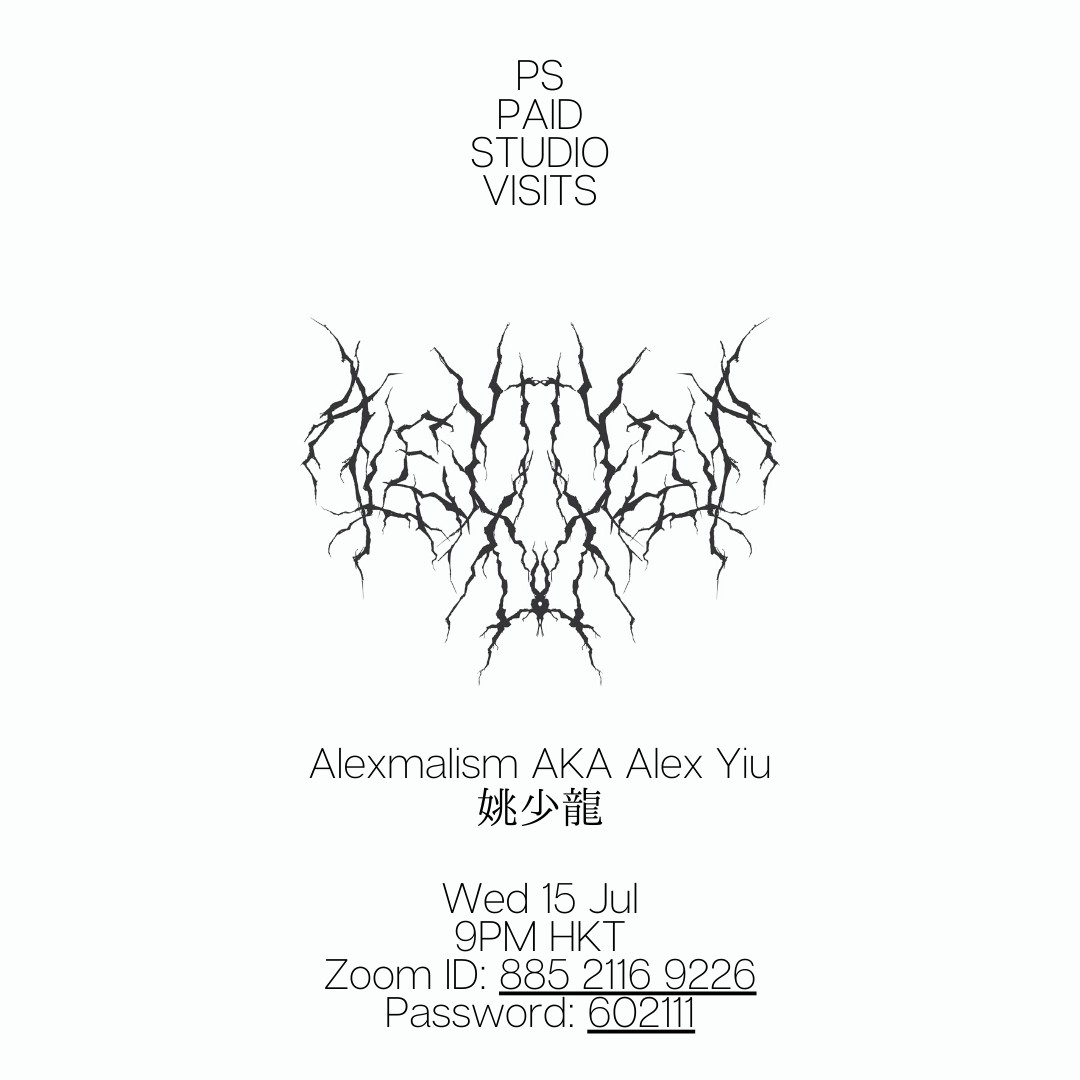 His first track ‘Sombre’ was released in the compilation Mental Maps by the pan-Asia label Chinabot, and his debut album TKO was released on Absurd Trax. Named after Hong Kong’s Tseung Kwan O Bay (known as Junk Bay), TKO is a collection of jagged club tracks built on a conceptual framework inspired by David Harvey’s geographies of global capitalism. Alex’s approach is minimalist but ends in maximal results. Throughout the record, he moves through trance, house, and techno, employing pointillistic synth patterns and industrial rhythms. Some tracks are lively and effervescent while others feel murky and grinding, lending to the dualistic nature of ‘TKO’ itself. You get the sense that beneath Alex’s disaffection towards his hometown lies a sliver of reverence.

He is currently a PhD candidate in the School of Creative Media, City University of Hong Kong. His research interests include the current deconstructed club music scene on social media, the Hong Kong Underground music scene, and many other music/sound-related topics. As a sound artist, he has exhibited at Para Site, A+ Contemporary, Burning Man by UNPOP, and many other venues. Alex releases his music under the alias Alexmalism and it’s available on Bandcamp and Soundcloud.

Rafi Abdullah is currently an assistant curator at Hatch Art Project, and outside of that, works on independent curatorial projects and research in a personal capacity. He recently graduated from the BA(Hons) Arts Management programme at LASALLE College of the Arts, Singapore. Prior to that, he had worked in various art and cultural institutions, museums, and galleries. His interests lie broadly in contemporary art vis-a-vis the politics of aesthetics, with a current focus on thinking through cultural institutions as ‘dis-imagination machines’. He most recently curated Poor Imagination (2019) at Sullivan+Strumpf, and continues to live and work in Singapore.

Joseph Chen King Yuen is an artist and curator based in Hong Kong, and currently the Senior Project Coordinator of Videotage. During his incumbency at Videotage he curated .gif Festival: Left Right Right Left Movement, a moving images project experimenting generative interactions as the curatorial framework, and other curatorial projects collaborated with Eaton HK, Hong Kong Design Institute and Goethe-Institut Hongkong. His artworks have been shown in Manchester, Shanghai, Kuala Lumpur, Tokyo and beyond. He is a member of a Hong Kong video art project, Video Cypher. He recently received the Media Arts Emerging Artist Scheme of Project Grant from Hong Kong Arts Development Council.