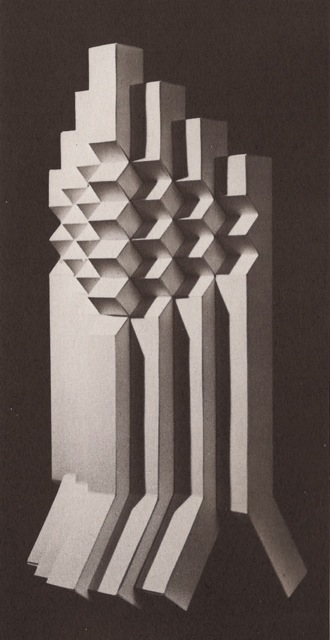 Para Site and New York University Asian/Pacific/American Institute proudly present Remapping Ink Painting: A Contemporary Evolution – a public conversation between artists Wucius Wong and Lam Tung-pang, scholar Mayching Kao, and M+ curator of contemporary Asian art Pauline Yao, moderated by scholar Mark Dean Johnson. The conversation explores the development of ink painting along the cultural and historical changes of the past decades, across different geographies. Looking through the practice and perspective of the two artists, the discussion will revolve around the influence of the ink painting tradition, the artists’ relationship to this tradition, as well as the role that the transnational experience asserts in the formation of notions of tradition, of the modern and of the contemporary. This debate is part of Para Site’s ongoing dedication and openness to create platforms in which critical understanding of local and international phenomena and practices in art and society can be explored.

The discussion is generously hosted by Spring Workshop.

Wucius Wong (b. 1936, Guangdong Province, China) lives and works in Hong Kong. Wong studied art and design in the United States from 1961 to 1965. He resided in New Jersey from 1986 to 1996. Awarded study grant by the John D. Rockefeller III Fund in 1971, Emeritus Fellowship by the Hong Kong Arts Development Council in 1998, and Bronze Bauhinia Star Medal by the SAR Government in 2007. Worked as Assistant Curator of the City Museum and Art Gallery, and Principal Lecturer of the School of Design of the Hong Kong Polytechnic. Represented in the Sao Paulo Biennial of Brazil in 1961, the Shanghai Biennial in 1998, and the China: 5,000 Years presented by the Guggenheim Museum at New York in 1998 and at Bilbao in 1999. Retrospective exhibition presented by the Hong Kong Museum of Art in 2006, and by the Macao Government in 2010. Work represented in the collections of the Hong Kong Museum of Art, Shanghai Art Museum, National Art Gallery in Beijing, British Museum, Ashmolean Museum in Oxford, Boston Museum of Fine Arts, Art Institute of Chicago, Minnesota Art Museum, Minneapolis Institute of Arts, Cleveland Museum of Art, Asian Art Museum in San Francisco, Sackler Museum of the Harvard University, Museum fur Ostasiatische Kunst, Berlin, and National Gallery of Victoria, Melbourne, Australia.

Lam Tung-pang (b. 1978, Hong Kong) lives and works in Hong Kong. Lam studied Fine Art at The Chinese University of Hong Kong before undertaking an MA at Central St Martins College of Art, London in 2004. He has been awarded numerous scholarship and awards, including Arts Scholarship from Hong Kong Arts Development Council (2003) and Hong Kong Contemporary Art Biennial Awards (2009).   Lam’s work are mostly related to specific situations or social contents and some of them are in monument scale by given a touch of humanity. He has exhibited extensively world-wide and has work in many private and public collections, including Deustche Bank, Hong Kong Museum of Art and commission work by Hong Kong Legislative Council. In 2012, he was awarded the Asian Cultural Council Fellowship and outstanding contributions to the development of culture and arts by The Secretary for Home Affairs, Hong Kong.

Mayching Kao is the former dean at the Open University of Hong Kong. Prior to serving as dean, she worked for the Chinese University of Hong Kong as a professor of fine arts, the head of the graduate division of fine arts, and the director of the art museum from 1972 to 1998. As a scholar, she specializes in Chinese painting with an emphasis on the Ming, Qing, modern and contemporary periods, as well as cross-cultural influences and art education. She is the editor of publications including Twentieth-Century Chinese Painting.

Pauline J. Yao is Curator at M+, the new museum of visual culture in Hong Kong where she specializes in contemporary Asian art. She served previously as Assistant Curator of Chinese Art at the Asian Art Museum of San Francisco and in 2008 helped co-found the nonprofit art space Arrow Factory in Beijing. Yao is a former Fulbright Research grantee and the inaugural recipient of the Chinese Contemporary Art Award (CCAA) for Art Criticism. Her writings have appeared in Artforum International, e-flux Journal, Frieze and in numerous edited volumes and catalogues. She has curated exhibitions in San Francisco, Beijing, Taipei and served on the curatorial team of the 2009 Shenzhen Hong Kong Bi-City Biennial for Architecture and Urbanism. Yao is the author of In Production Mode: Contemporary Art in China (CCAA/Timezone 8 Books, 2008) and co-edited 3 Years: Arrow Factory (Sternberg Press, 2011).

Mark Dean Johnson is Professor of Art and Gallery Director at San Francisco State University (SFSU).  He has written extensively about Asian American art. He is the Principal Editor and co-author of the reference anthology Asian American Art: A History, 1850-1970 (2008: Stanford University Press), and was co-curator of the de Young Museum exhibition Asian/American/Modern Art: Shifting Currents, 1900-1970 as well as co-editor and co-author of the related catalog (2008: University of California Press).  He is also the Principal Editor and co-author of catalogs accompanying SFSU exhibitions including Chang Dai-chien in California (1999) and The Moment for Ink (2013).  He also authored catalog essays for many exhibitions, including several at the Chinese Historical Society of America in San Francisco, including Dong Kingman in San Francisco (2001) and Martin Wong’s Utopia (2004), as well as for museums in China including the Sichuan Museum in Chengdu (2012) and the Zhejiang Art Museum in Hangzhou (2013).  He co-directed the Asian American Art Project at Stanford University; was the Director of the California Asian American Art Project, funded by the NEA; and he has lectured on this topic at institutions including the Archives of American Art, Smithsonian Institution, Asian Art Museum of San Francisco, China Institute in New York, Armand Hammer Museum at UCLA, and at many colleges, universities and conferences across the United States. 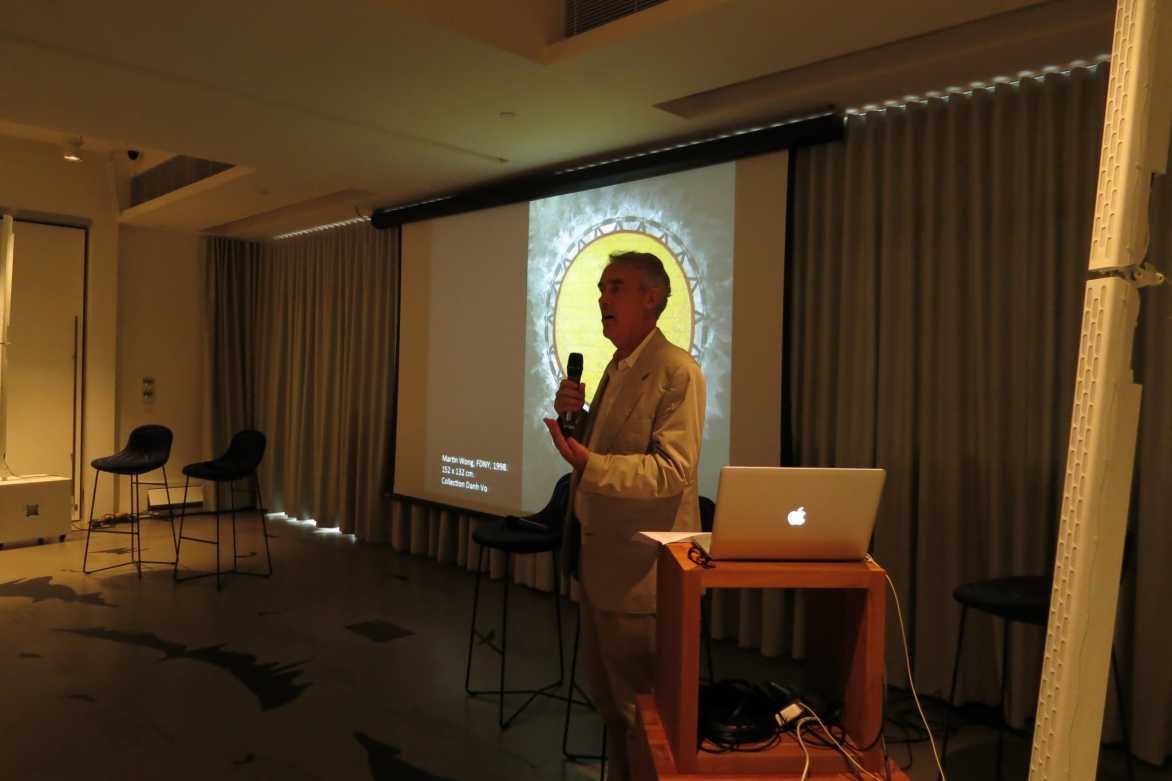 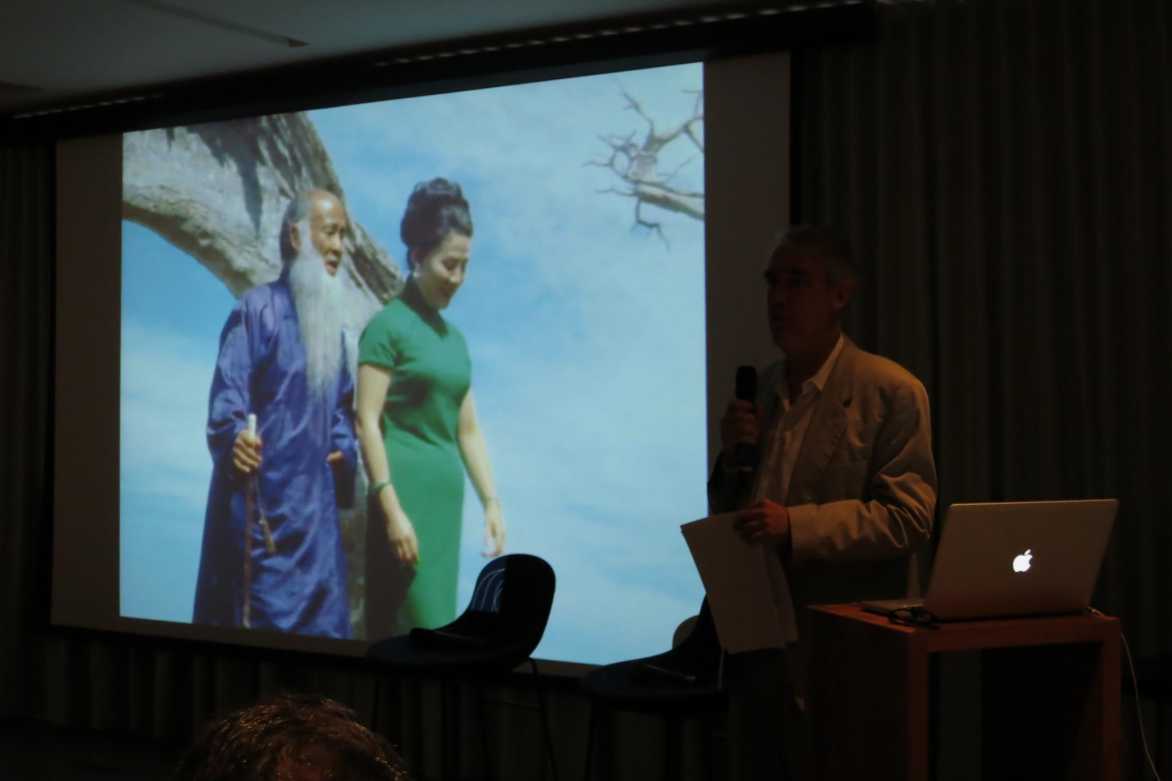 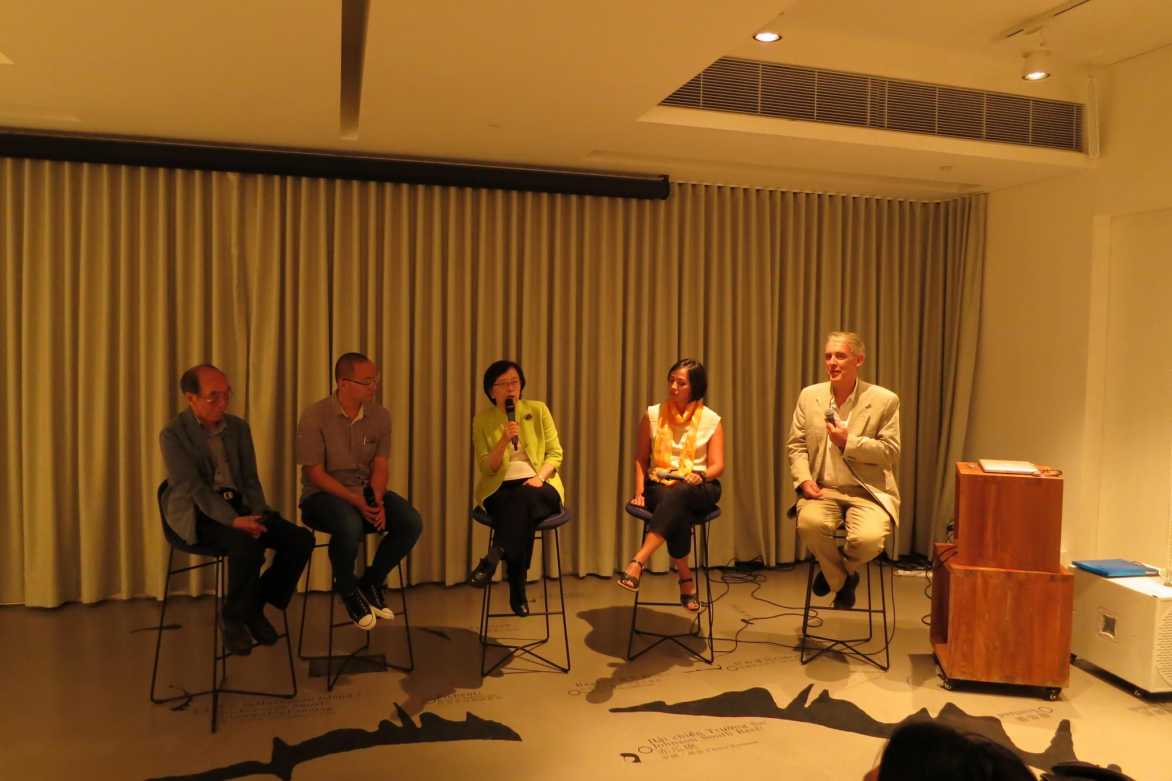