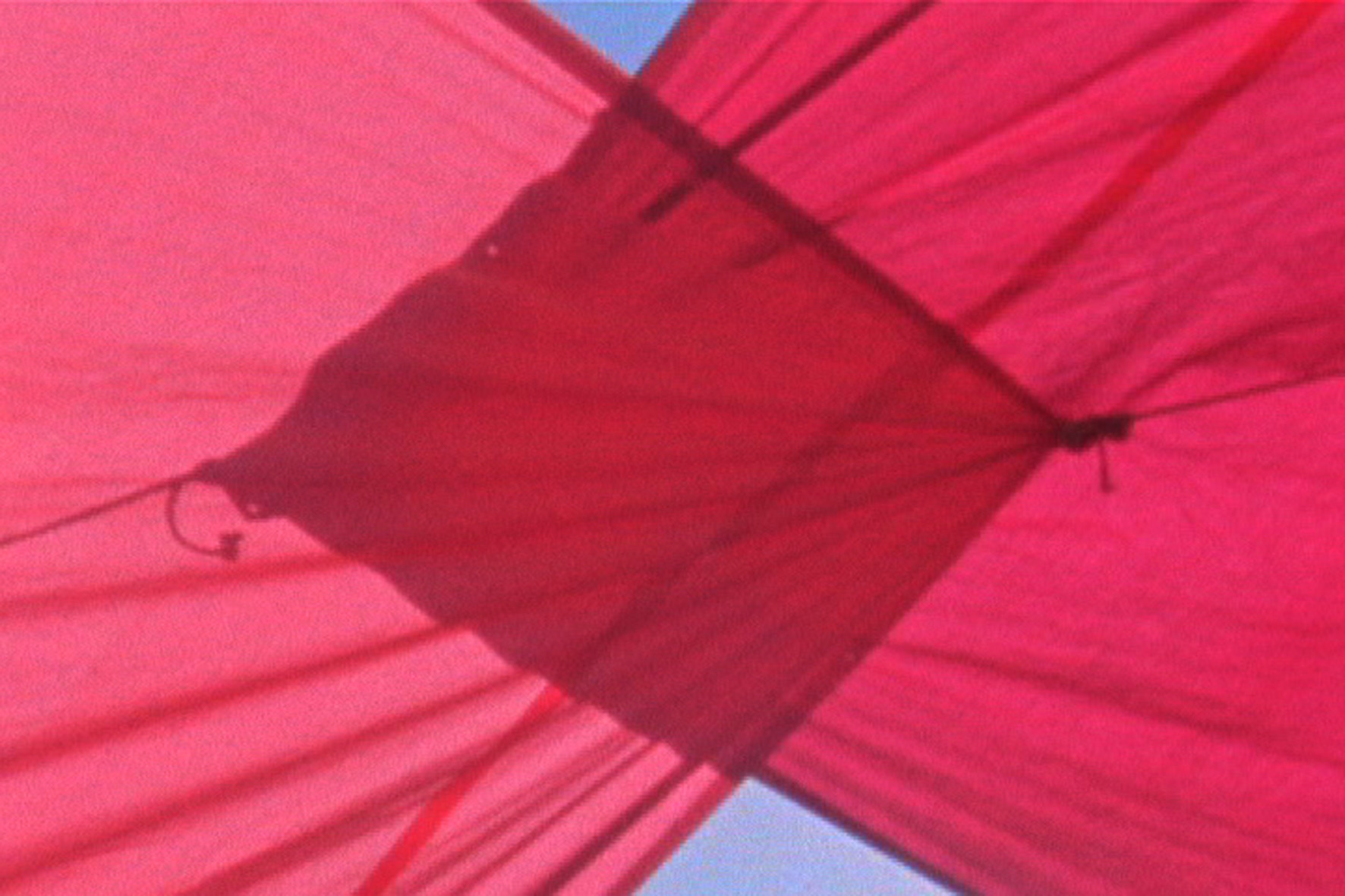 Join us for an online screening of Sin Peso by Cao Guimarães, currently on view in the group exhibition ‘Curtain’, followed by a QA session with the artist moderated by Celia Ho, one of the six curators of ‘Curtain’. The QA session will be in English.

Cao Guimarães’s atmospheric and almost hypnotic video-essay shot in a Mexican market juxtaposes the sounds of life’s daily toil and the colourful materiality of the canvas awnings covering individual market stalls. Vaguely evocative of modernist strives for monochromes and perfect structures of abstraction — which in Brazilian art history have had a long tradition of trying to represent elements of the social, the canvases in the film are never perfect, never stretched, shaped and twisted both by the wind and by the restlessness of people, themselves never perfect, never quiet.

The work of Cao Guimarães (b. 1965 in Belo Horizonte) is situated at the interface between cinema and visual art. Self-taught, he pays little heed to pre­vailing conventions and predictable forms of filmmaking. He films in a seemingly intuitive manner, with a keen eye for minor occurrences, objects, colours and sounds that normally escape our attention. His films have been screened at major film festivals around the world, including Locarno, Cannes, Rotterdam, Sundance, Berlin and Venice. His work has also been exhibited and is collected by leading museums such as Tate Modern in London, the Guggenheim Museum in New York City, Museu Inhotim in Belo Horizonte, Collección Jumex in Mexico City, and Fondation Cartier in Paris. He currently lives and works in Belo Horinzonte.