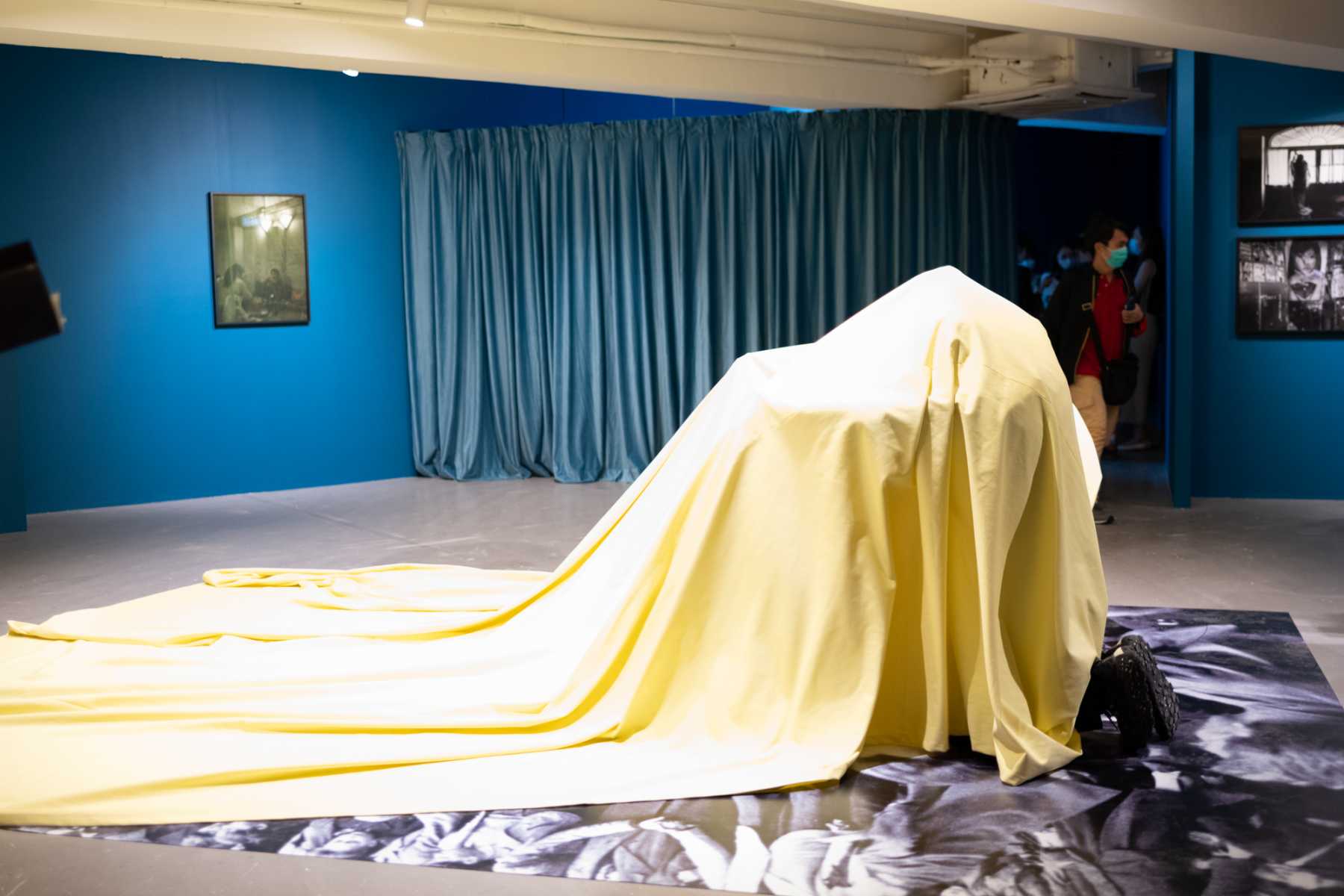 Join us Wed 9 Jun at 6PM HKT via Zoom, when Curtain collaborator Mathieu Copeland will introduce artist and political activist Gustav Metzger (1926–2017) and unveil his prolific career spanning over 60 years, moderated by one of six curators of  Curtain and Director of Rockbund Art Museum, Larys Frogier. Serving as  an inspiration to the exhibition, two of Metzger’s works are currently on view in Curtain and both initiate a tactile process that allows viewers to take the time to feel and activate their minds on an intimate and emphatic level to the horrific realities captured in the images in the works. Metzger witnessed as a child in Nuremberg the destructive rise of power and the spectacle-driven aesthetics of Fascism, which subsequently shaped his strong sense of urgency to counteract the collective passivity and indifference to danger of humanity.

Mathieu Copeland has been developing a curatorial praxis that seeks to subvert the traditional role of exhibitions and renew our perceptions of them. He edited an anthology of over 180 texts written by Gustav Metzger, published in 2019. His recent exhibitions include Exhibition Cuttings at the Hermès Foundation in Tokyo (on view until July 2021), The Exhibition of a Dream at the Gulbenkian Foundation (2017), and A Retrospective of Closed Exhibitions at the Kunsthalle Fribourg (2016).

Larys Frogier is the Director of the Rockbund Art Museum (RAM) in Shanghai. Curator, critic and art historian, he has taught contemporary art history and curatorial studies in different academies for many years. Since 2013, he has been the Chair of the HUGO BOSS ASIA ART jury.