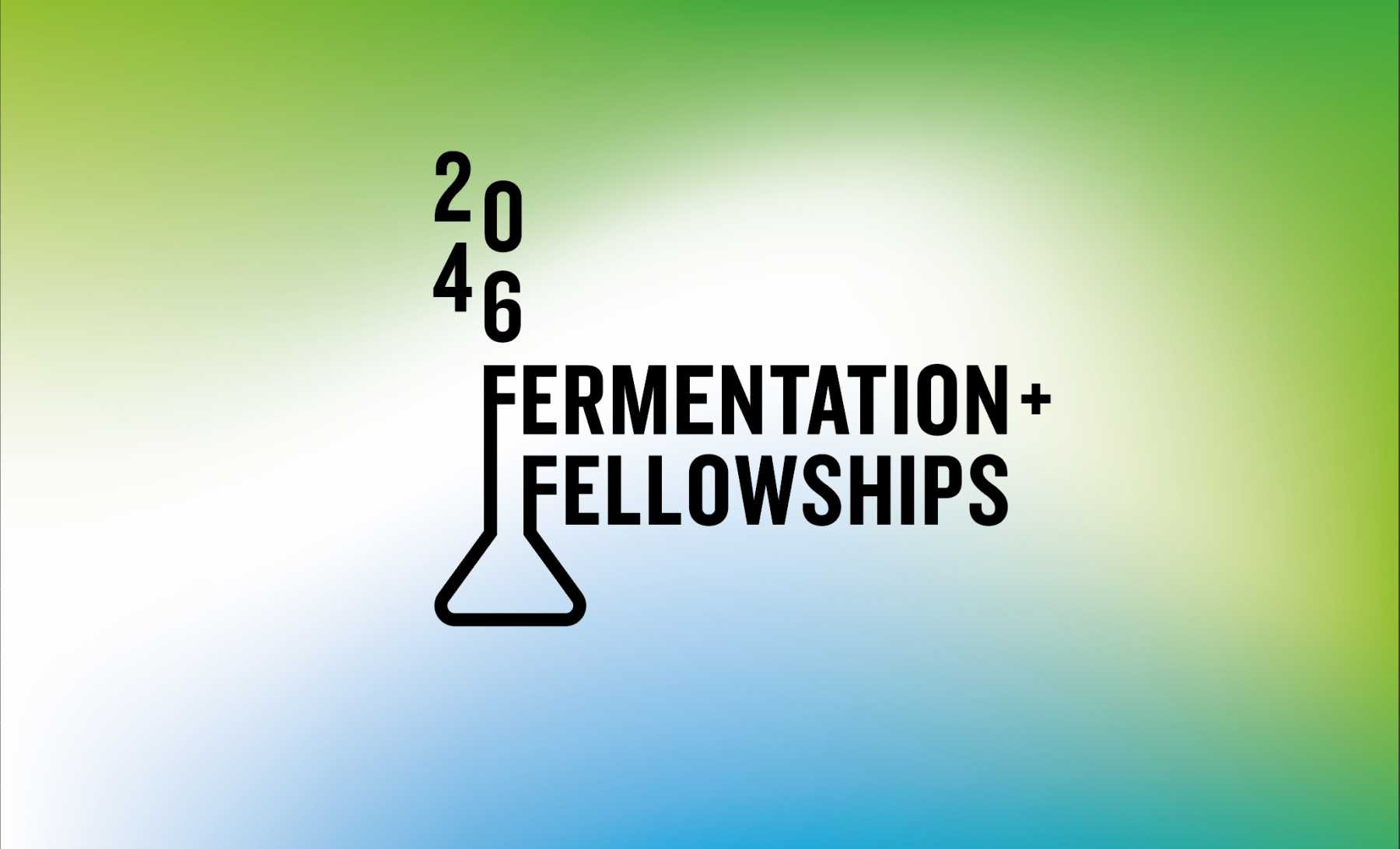 During Para Site’s 25th anniversary year in 2021, held under the 25+25 vision that honours the communities built over the past quarter century and commits to the foundations of the next, we are delighted to announce the 2046 Fermentation + Fellowships programme. It aims to provide a collective safe space for learning and thinking as well as financial support for Hong Kong artists in the first years of their artistic work life, supported by Para Site’s curatorial team and a panel of facilitators made up of locally and internationally respected art professionals, coming together as peers in discussing fundamental questions and practical concerns related to artistic practice and its economies. The programme is imagined as a response to the current scarcity in community support platforms and critical spaces for artists, particularly in the first years after graduation.

Taking as a reference Para Site’s 25 years of history in the arts community since its founding in 1996, the title of the programme looks forward to 25 years from now, to the year 2046, and to a future we hope to build on the basis of collective care, nurturing, and solidarity.

In the first phase of the programme, Fermentation, which runs from October 2021 to March 2022, participants will commit to meet on a biweekly basis in small groups, led by peers or in sessions with Para Site’s curatorial team, the six facilitators and other guest advisors tailored to the participants’ needs. Para Site will collaborate with each participant in designing the sessions where reciprocal learning is encouraged and knowledge and skills are shared among all the participants, facilitators, and the Para Site team. Each participant will also be guided by their assigned facilitator (taking into account the preferences expressed by the applicants) through regular one-on-one meetings throughout the six-month programme.

For the second phase of the programme, starting in April 2022, participants will be able to apply for a number of individual fellowships of HKD 20,000, as financial support for the research, production, and/or implementation of a submitted proposal. All of them will have the opportunity to introduce their work as part of Para Site’s public programme.

All Hong Kong-based artists working in any discipline are eligible to apply for the 2046 Fermentation + Fellowships. Each participant shall fulfill the following criteria:

2046 Fermentation + Fellowships is open to any artist currently living in Hong Kong. Around ten to fifteen artists will be selected as participants. Applicants are invited to submit the following documents, and strongly advised to observe the specifications in format and length.

Please submit all materials in only one of the following formats:

Applications should be made in English to grants@para-site.art by 6 September 2021, noon HKT. The jury will meet in September to make a decision and we hope to commence the program in October 2021.

*Please note that the eventual assignment of a facilitator is based on availability and final decision by the jury members.

The 2046 Fermentation + Fellowships is generously supported by Para Site’s community through the proceeds of the 2020 Annual Gala as well as by Jehan Chu, Schoeni Projects, and Jacobo Garcia Gil.

Luke Ching received his MA in Fine Arts from the Chinese University of Hong Kong. As one of the most active conceptual artists in Hong Kong, Ching twists the roles of artist and observer within and beyond the city. He breeds a discursive system with a wicked sense of humour, responding to and interrogating the cultural and political collisions occurring in Hong Kong. Ching has participated in exhibitions and residencies worldwide, including at the Helsinki Biennale (2021); Para Site, Hong Kong (2020); Gwangju Biennale ( 2018); Tai Kwun, Hong Kong ( 2018); Blackburn Museum & Art Gallery (2008); Fukuoka Asian Art Museum Residence Program (2006); and P.S.1 Contemporary Arts Centre, New York (2000). In 2016 he was awarded the Artist of the Year (Visual Art) award by the Hong Kong Arts Development Council. His Undercover Worker project was recently shortlisted for the Visible Award 2019, an international award devoted to socially engaged artistic practices in a global context.

Ho Tzu Nyen makes films, installations, and performances that begin as engagements with historical and theoretical texts. His recent works are populated by metamorphic figures such as the weretiger (One or Several Tigers, 2017) and the triple agent (The Nameless, 2014), under the rubric of The Critical Dictionary of Southeast, an ongoing meta project. His works has been presented at the Yamaguchi Center of Art and Media (2021); Edith-Russ Haus for Media Art, Oldenburg (2019); Kunstverein, Hamburg (2018); Ming Contemporary Art Museum, Shanghai (2018); Asia Art Archive, Hong Kong (2017); Guggenheim Museum Bilbao (2015); and Mori Art Museum, Tokyo (2012).  He represented the Singapore Pavilion at the 54th Venice Biennale (2011). Recent group exhibitions have been held at the 12th Gwangju Biennale (2021) , Aichi Triennale (2019), and Haus der Kulturen der Welt, Berlin (2017). Together with Taiwanese artist Hsu Chia-wei, he co-curated the 7th Asian Art Biennale, at the National Taiwan Museum of Fine Arts (2019).

Law Yuk-mui received her MFA from the Chinese University of Hong Kong. She is the co-founder of the artist-run organisation Rooftop Institute. Using image, sound and installation as her mediums and adopting the methodology of field study and collecting, she intervenes in the mundane space and daily life of the city and captures the physical traces of history, psychological pathways of humans, the marks of time, and the political power in relation to geographic space. Her work has been extensively exhibited in Asia, including at VT Artsalon Taipei (2021); Art Tower Mito (2020); Jogja Biennale (2019); and Para Site, Hong Kong (2018) among others. Law received The Awards for Young Artist (Media Art category) of Hong Kong Arts development Awards and the Excellence Award (Media Art category) of The 23rd ifva Awards in 2018.

H.G. Masters is a writer and Deputy Editor & Deputy Publisher at ArtAsiaPacific magazine in Hong Kong. Masters has been an editor at ArtAsiaPacific since 2007 in various roles including as the editor of the annual ArtAsiaPacific Almanac, a survey of the year in art from across Asia. Additionally, he has written catalogue essays about artists including Pacita Abad, Halil Altindere, Monir Shahroudy Farmanfarmaian, Ha Chong-Hyun, Shinro Ohtake, Hajra Waheed, and Haegue Yang, among others. His essays and reviews have been published in magazines and journals in New York, London, Istanbul, and Beirut.

Yang Yeung is an art writer and an independent curator. Her recent published works include an exhibition essay for Francis Alÿs’ solo exhibition at Tai Kwun, Hong Kong (2020); a review of Kwok-hin Tang’s practice in Yishu (2020); and a review of Sumei Tse’s practice in the Taipei Fine Art Museum Journal (2019). She founded the nonprofit soundpocket in 2008 and currently serves as its Artistic Director. She initiated the independent project A Walk with A3 (2015–17) to support the right of art to be in the streets. She was awarded the Asian Cultural Council Fellowship in 2013. In 2019, she was art writer in residence with Contemporary Art Stavanger in Norway. Yeung is a member of the international research network Institute for Public Art; and the independent art critics collective Art Appraisal Club, Hong Kong, and the International Art Critics Association, Hong Kong. She currently teaches classics for global learning at the Chinese University of Hong Kong. 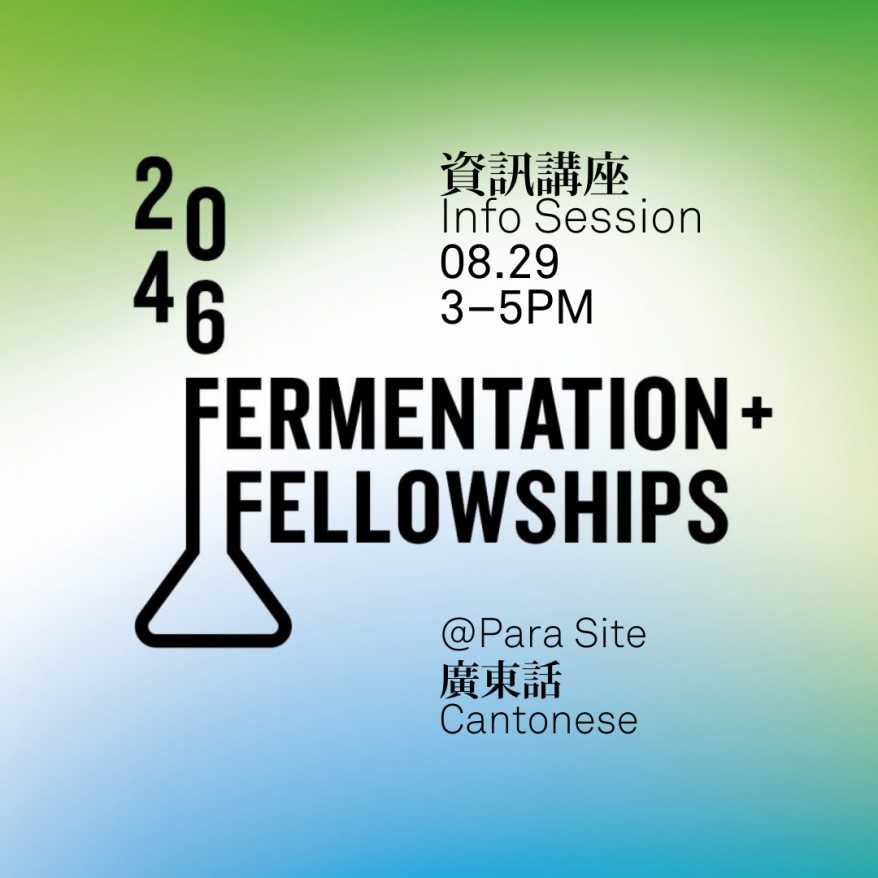 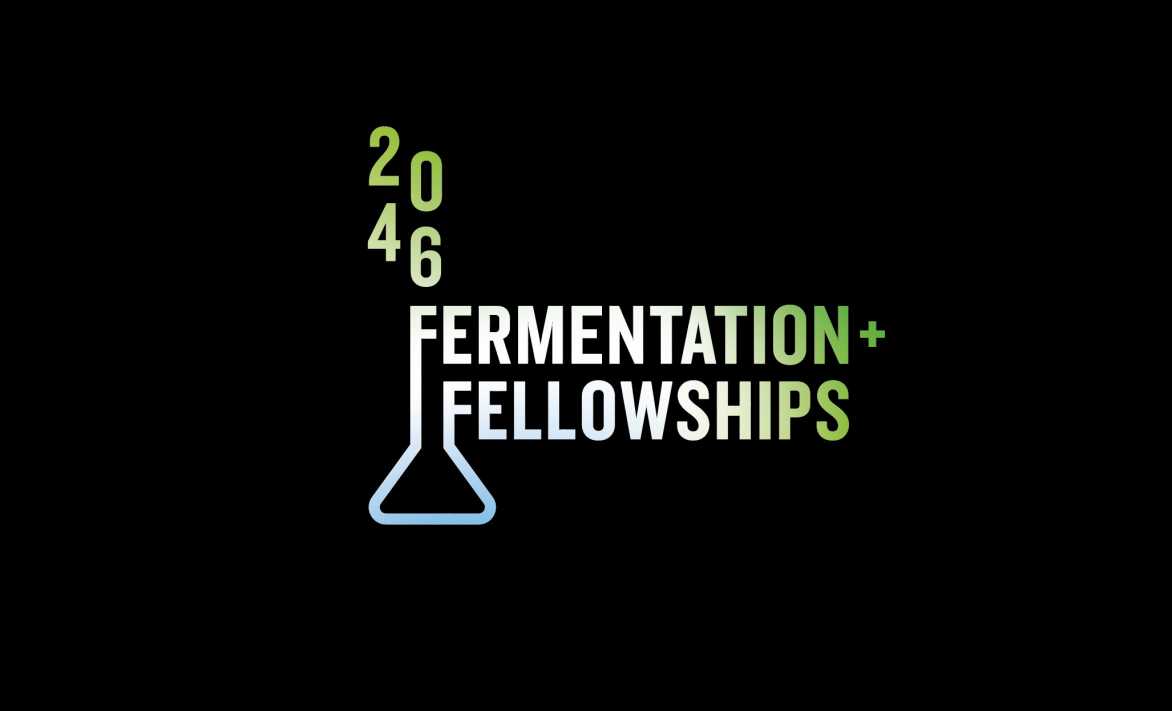 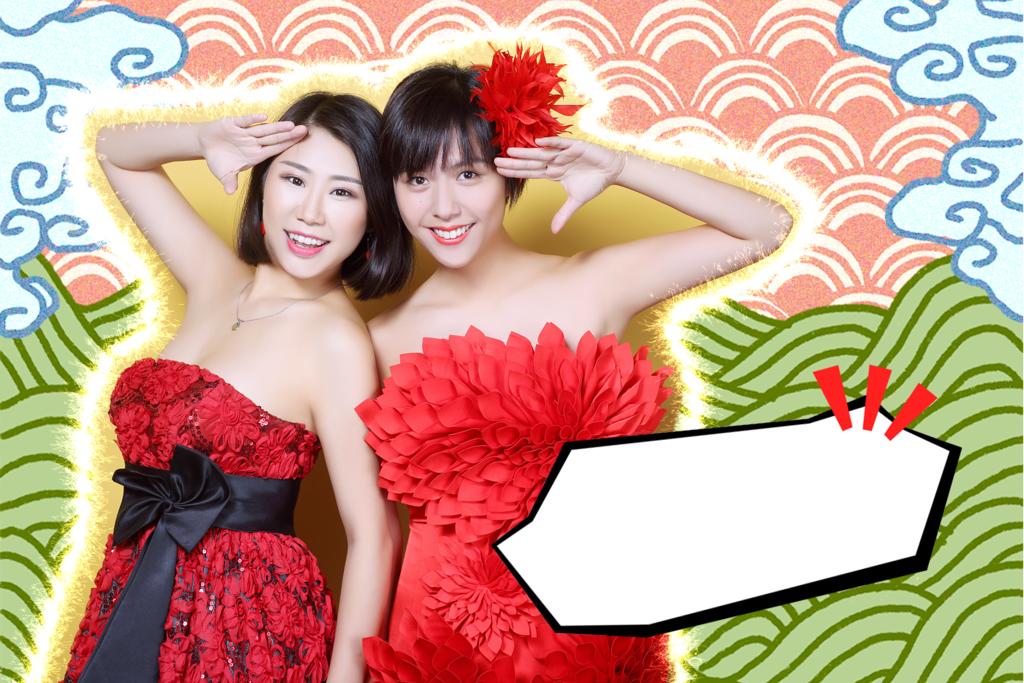 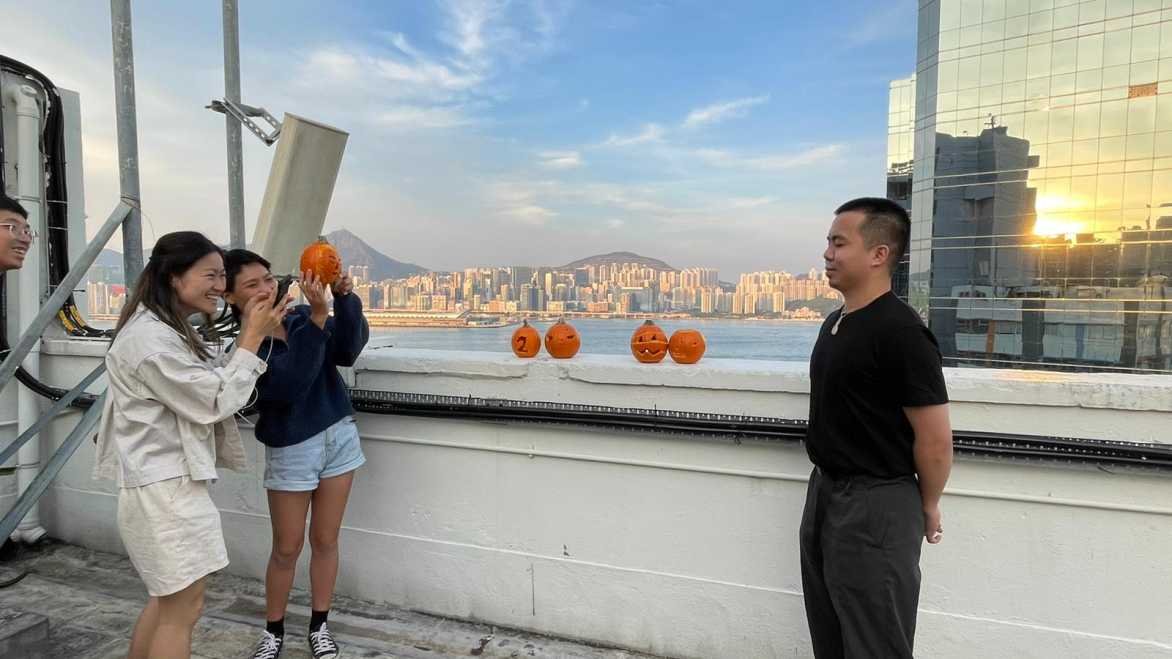 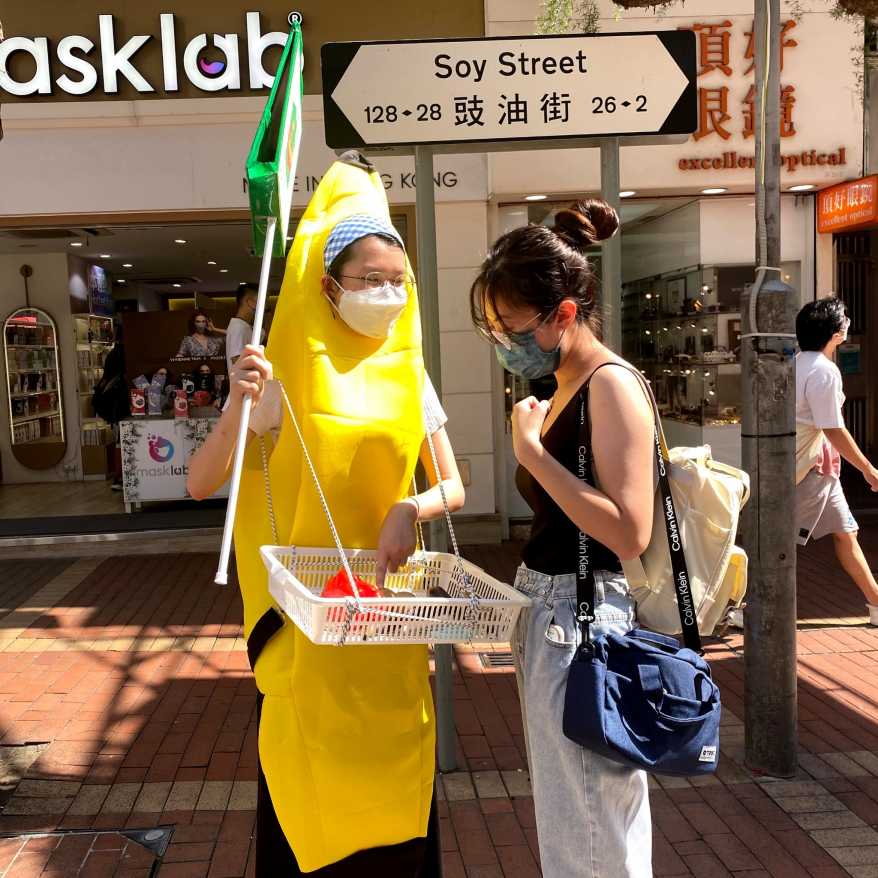 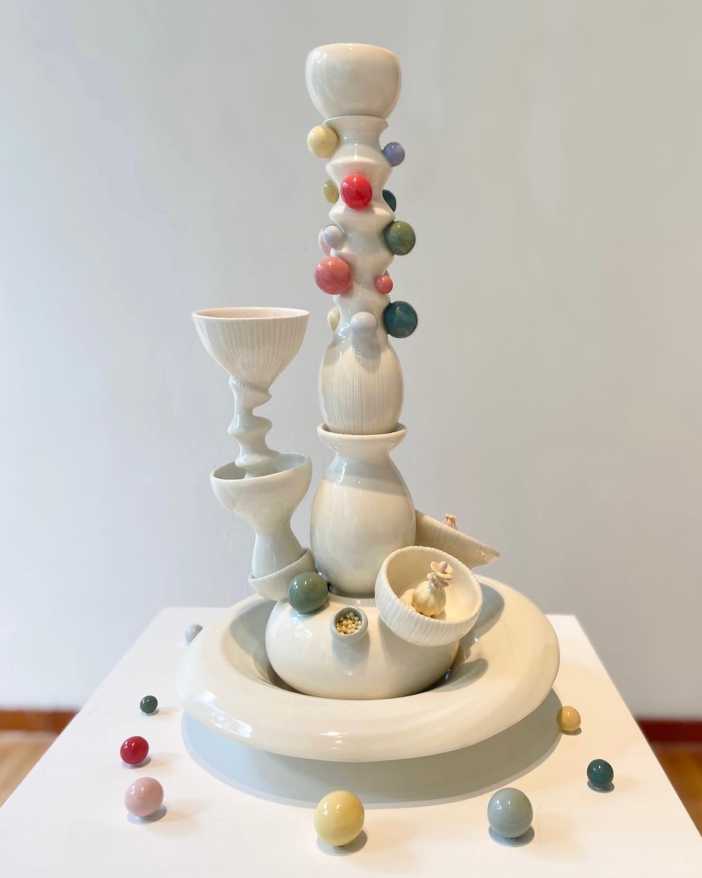