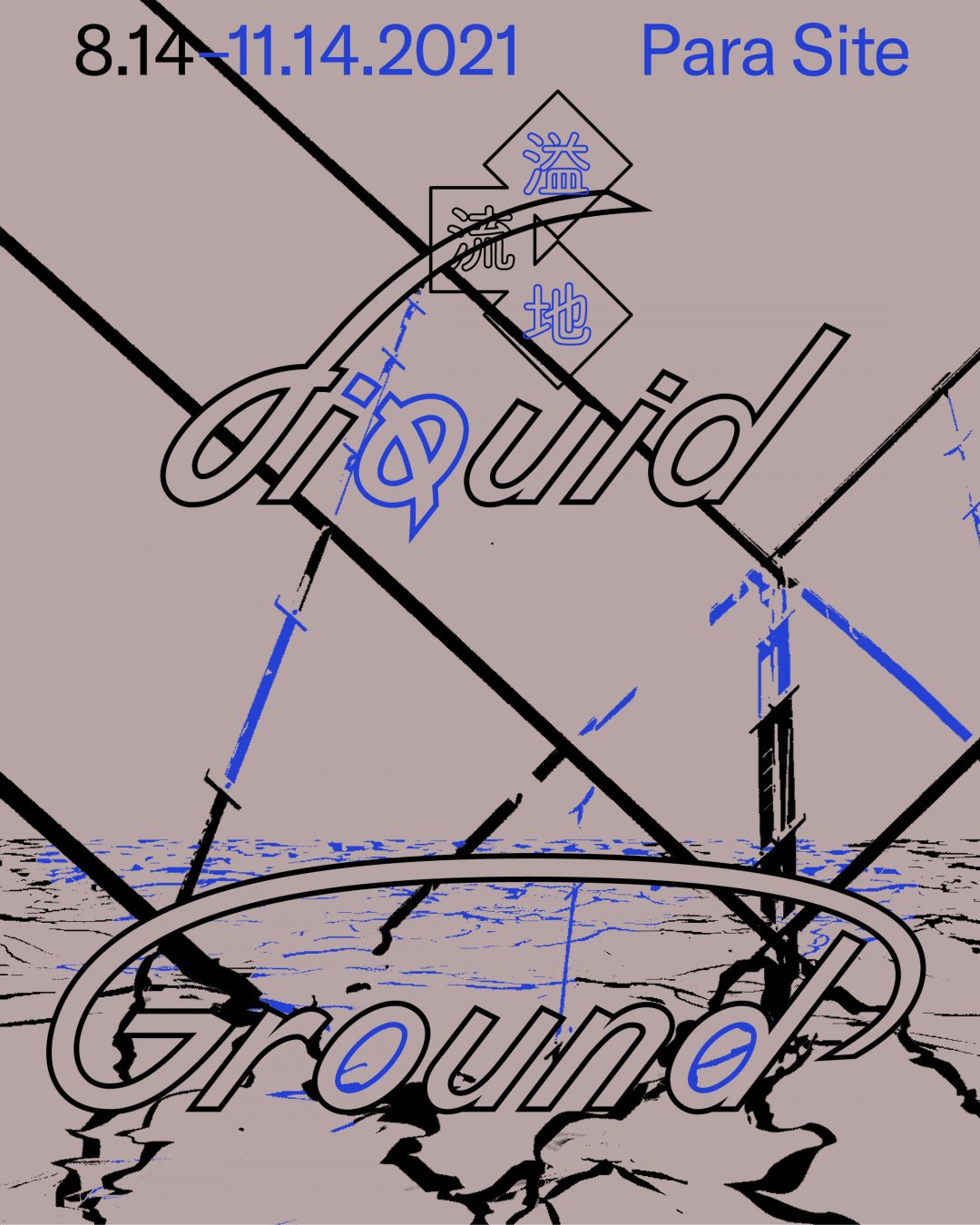 ‘Liquid Ground’ is a proposal for a future commons, still up in the air, that will one day be underwater.

In Nagisa Oshima’s Cruel Story of Youth (1960), a concrete-armored coastline serves as the interface between postwar Japanese urban space and the uncharted, timeless ocean, and a faultline along which the protagonists contemplate and whisper. Parallel to its ‘lovers against the world’ plot is the agon between human-made tectonics and the erosive, elemental forces of nature. Now, decades later, humanity finds itself in an age of ever more intensive terraforming: From Penang and Shanghai to Macau and Singapore, coastal cities across Asia compete to turn natural bodies of water into the solid ground over which capital flows and pulsates. Hong Kong, too, has a long history of land reclamation, with large-scale projects dating back to the mid-19th century. In expanding their shorelines by dumping sand and rocks into the open sea, cities trade water for flattened, abstract tabulae rasae that often become theatres for technocratic hubris ad absurdum. One example of this dark Prometheanism is ‘Lantau Tomorrow Vision’, a controversial infrastructure project proposed in 2018 by Hong Kong chief executive Carrie Lam. Touted as ‘a solid foundation for a sustainable future for Hong Kong,’ the project aims to reclaim 1,700 hectares from the sea at 624 billion HKD, to turn Lantau Island into Hong Kong’s third economic hub by 2030—that is, a few decades before the supposed drowning of many Asian metropolises under the effects of the climate catastrophe.

Amid the fugue of earth and water, the dialectic of solidification and dissolution, ‘Liquid Ground’ seeks to confront an as-yet-unsettled plan with a series of new commissions and recent works. The allegory of an island courses throughout the exhibition as a leitmotif—islands, as ecological units and places of dwelling, are isolated but open, liminal but self-sufficient, constantly phase-shifting between solid, liquid, and spirit. As some works tap into sites of ruthless extraction and administered flows of energy to unpick the calamity of state-of-the-art developmentalism, others turn to primordial sea myths and ecological kin-making to seek antidotes for the malaise of modernity. Some hijack the materials of urban infrastructure to invent new assemblages, reimagining the shape of our commons, while others venture beyond the city to give voice to the nonhuman, the flora and fauna local to Lantau Island. Engaging an eclectic range of perspectives, from the living to the inert, these artists delve into the complex material histories of their respective locales to propose scripts of their own, defying the hegemony of technocracy while opening up new ways of seeing and sensing our ecological enmeshment. The exhibition will be further accompanied by a rich range of public programmes led by artists, thinkers, and practitioners from various fields, taking visitors outside the exhibition space in Quarry Bay to explore different corners of the city.

The curatorial proposal of ‘Liquid Ground’ was chosen from Para Site’s international open call for exhibition proposals from emerging curators, now in its sixth year. ‘Liquid Ground’ is a collaboration between Para Site and UCCA Center for Contemporary Art. Select works in the exhibition have been developed and co-commissioned with the UCCA Center for Contemporary Art, which will be hosting a travelling iteration of the exhibition at UCCA Dune, Beidaihe, in Spring 2022. 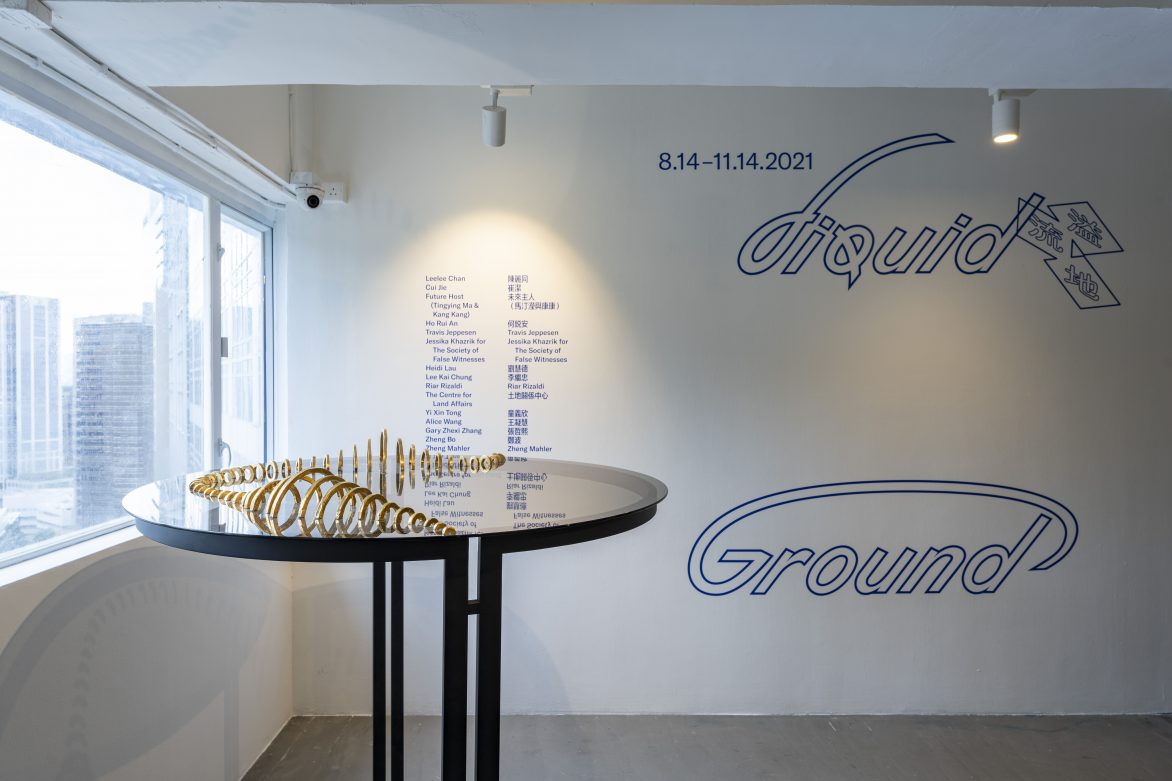 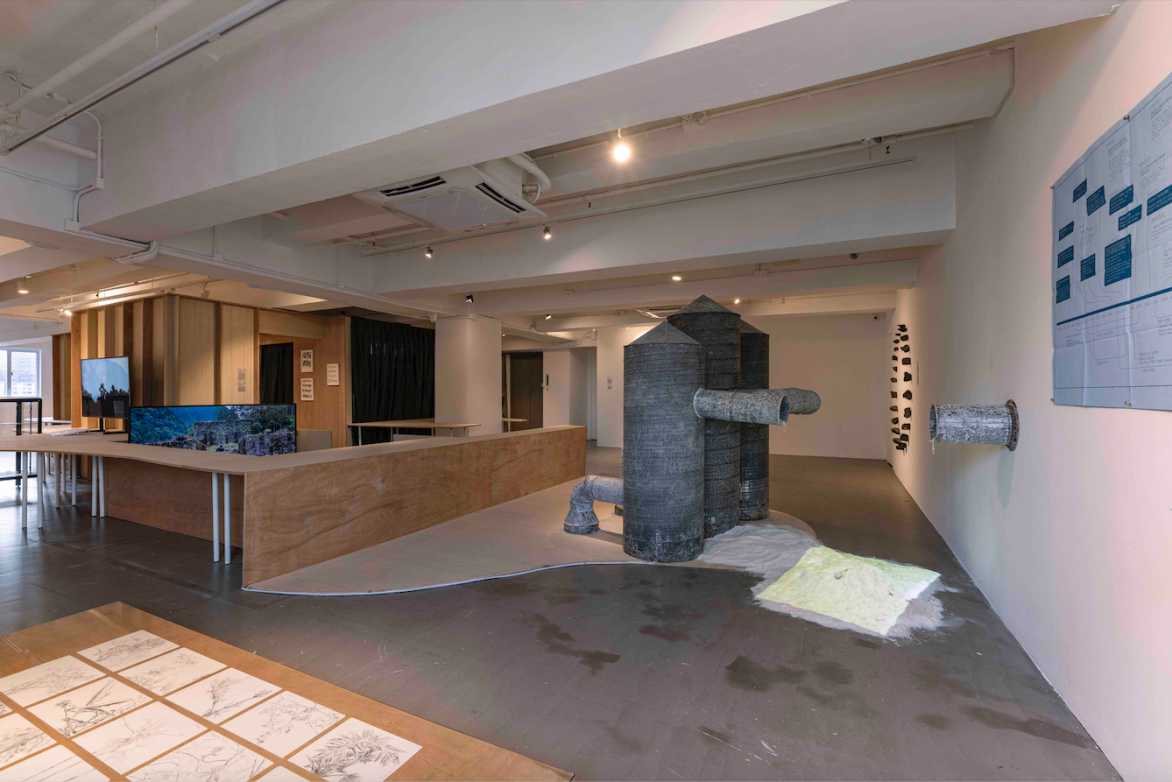 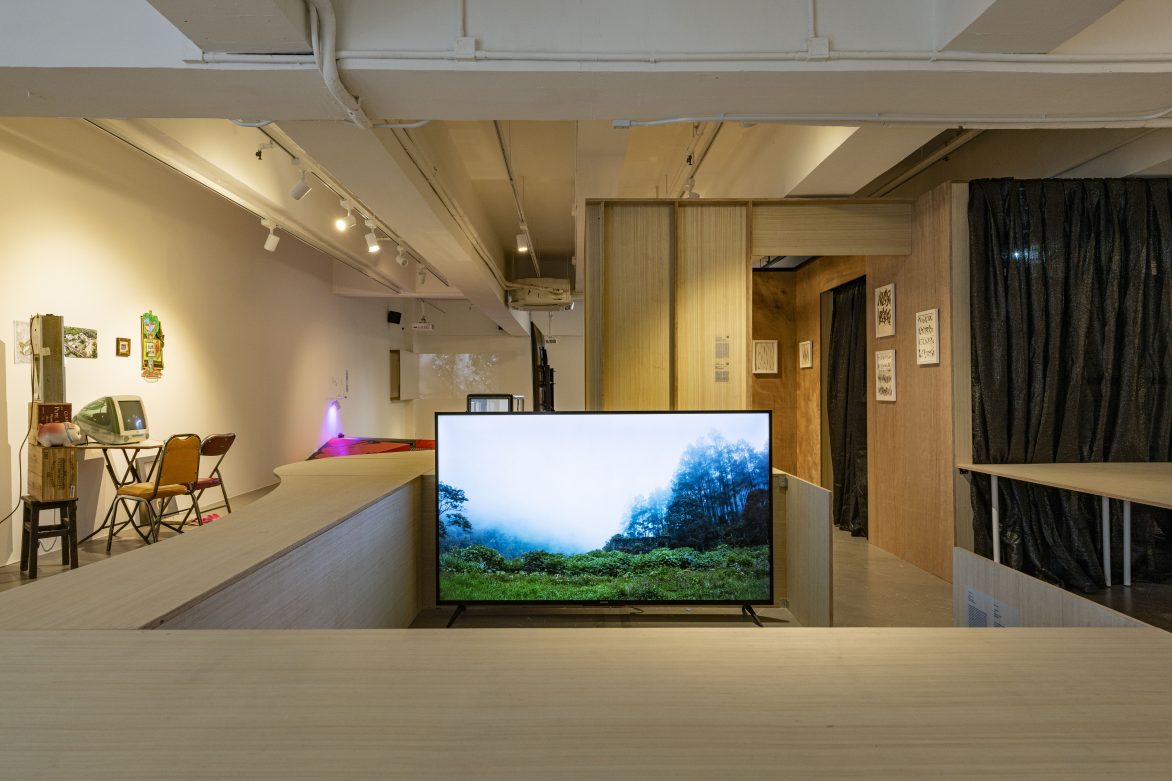 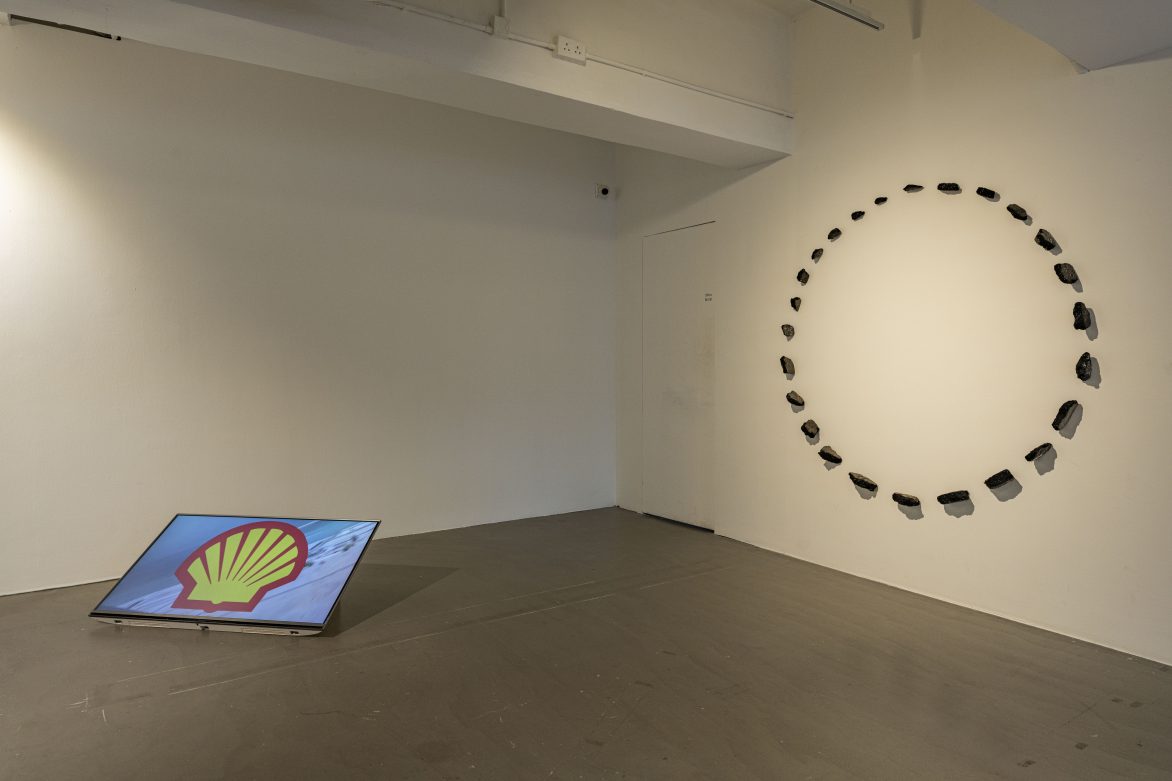 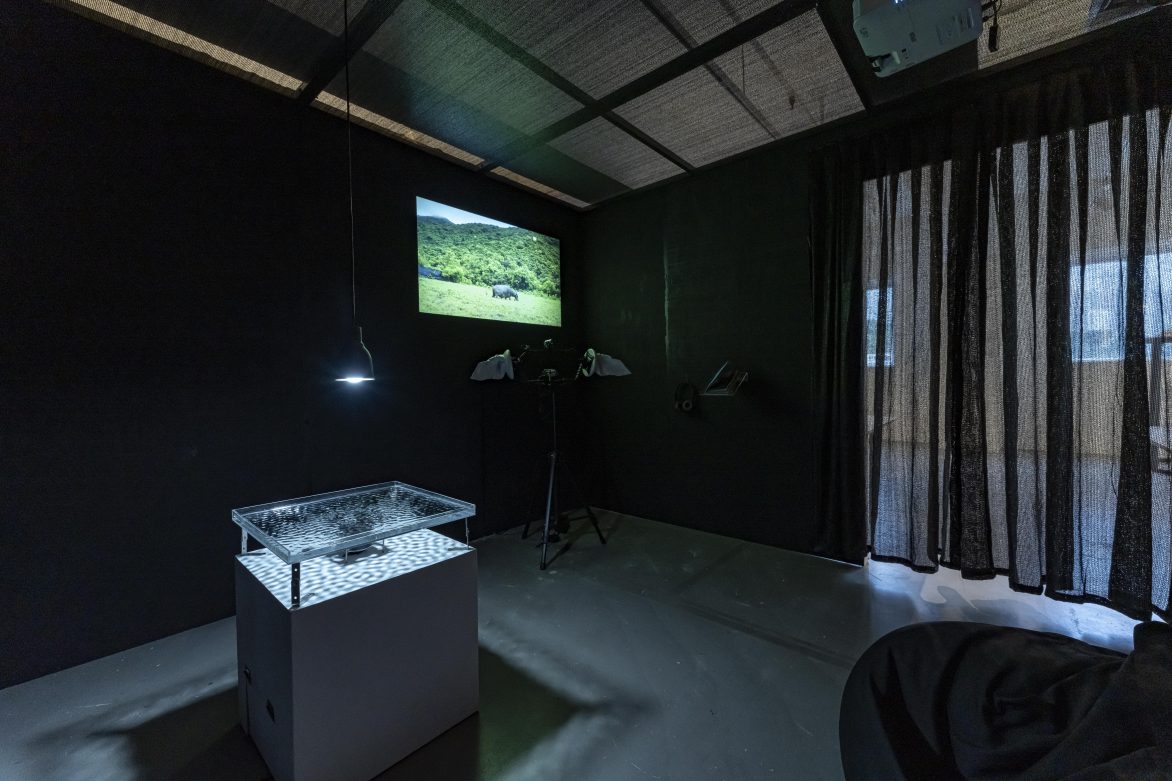 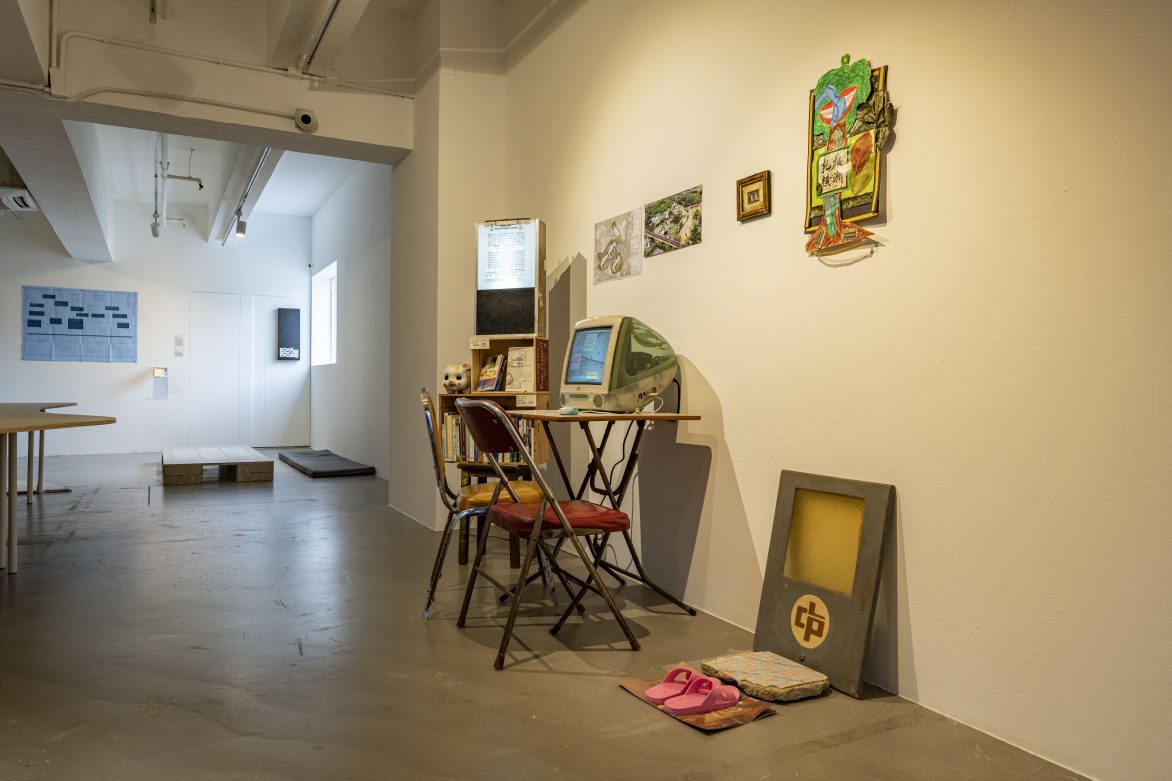 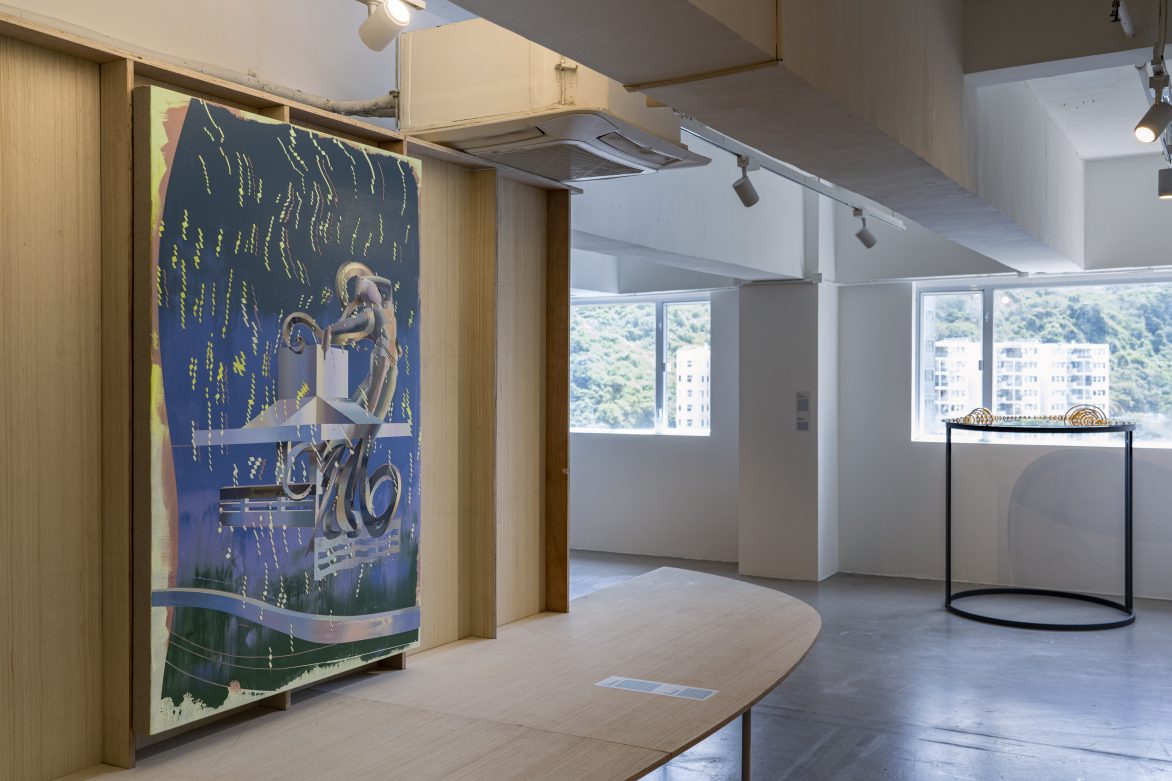 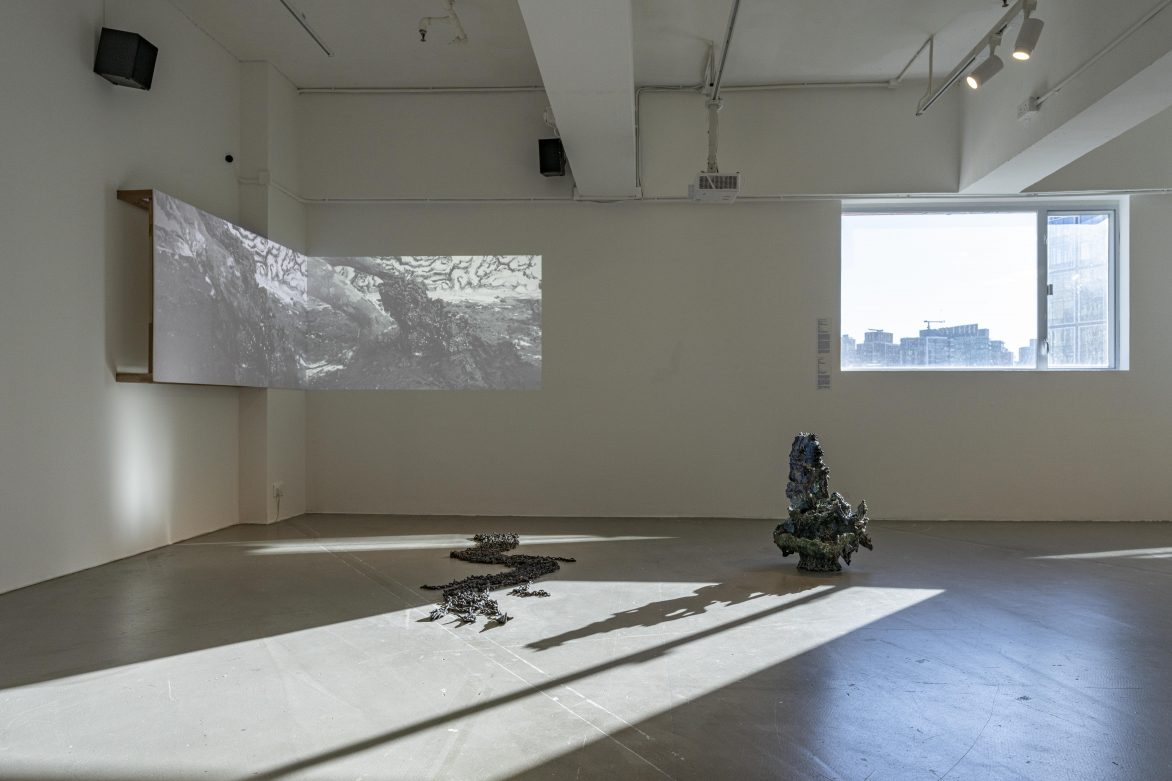 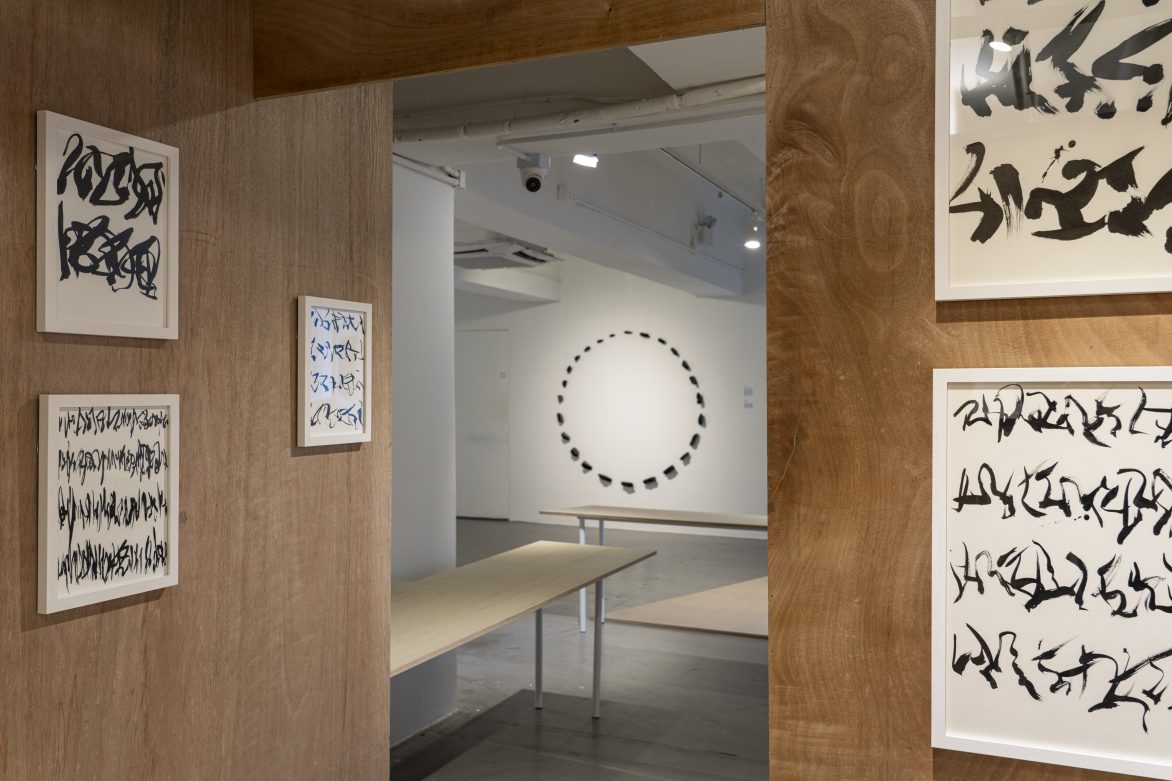 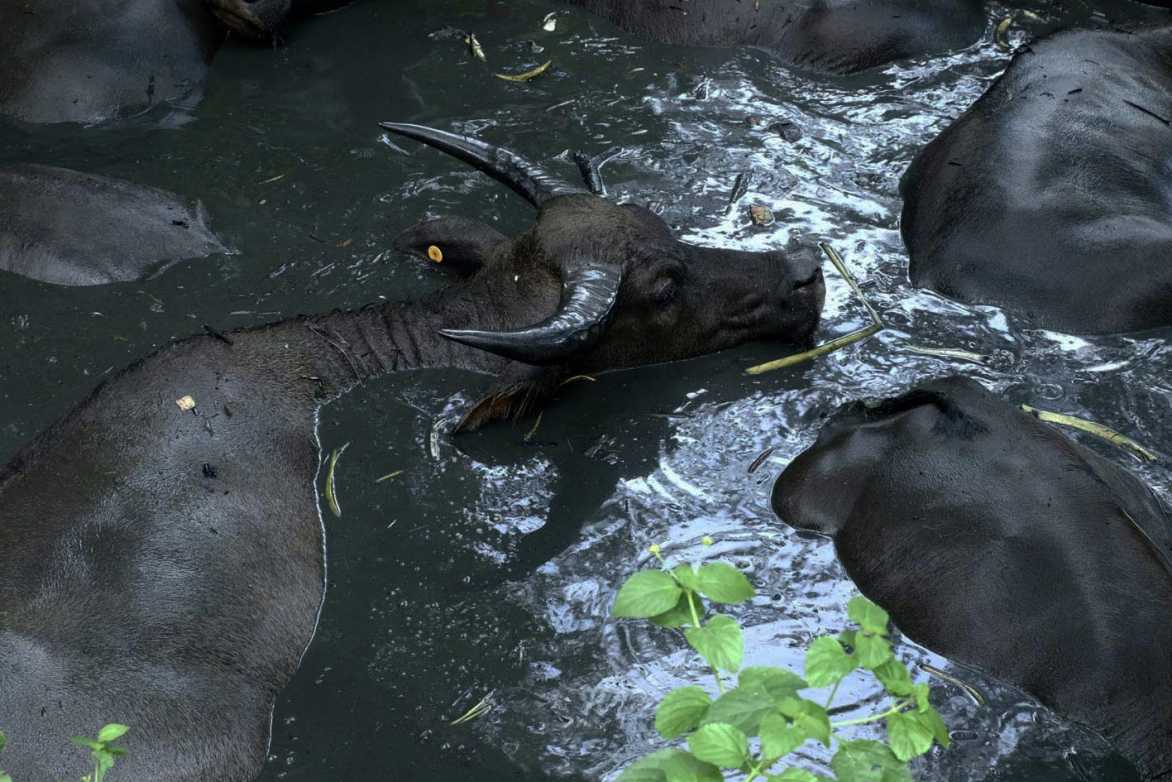 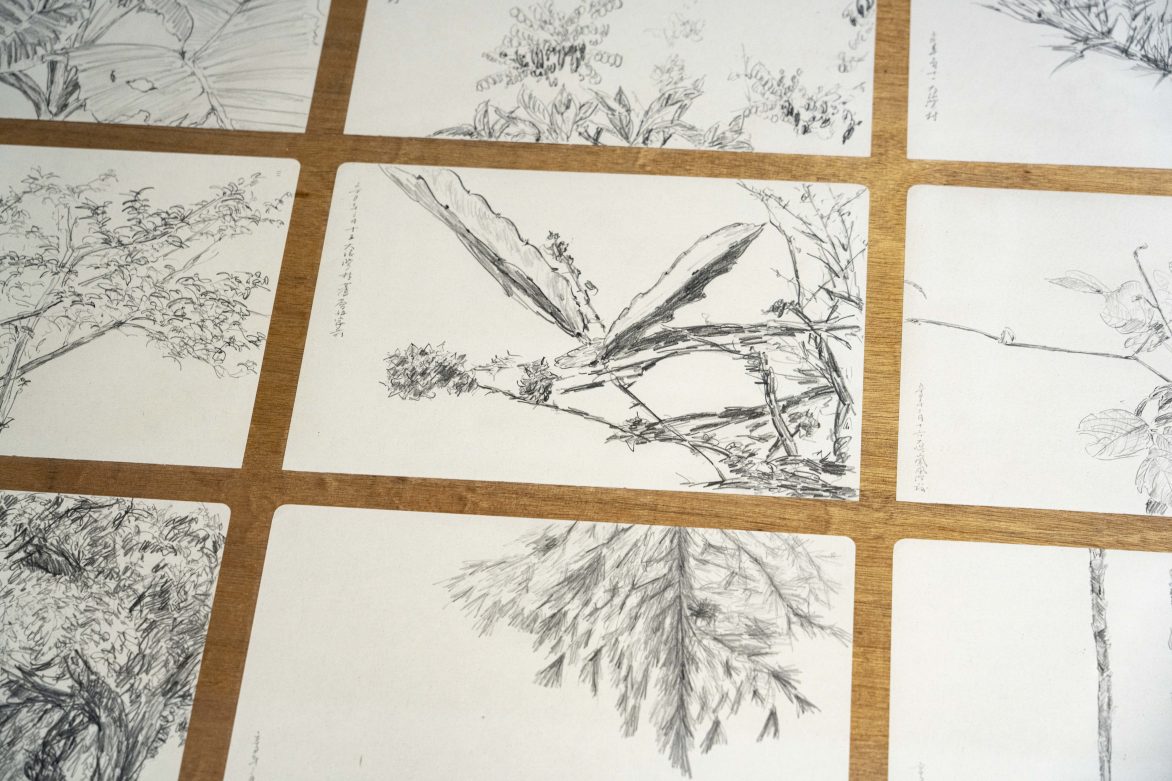 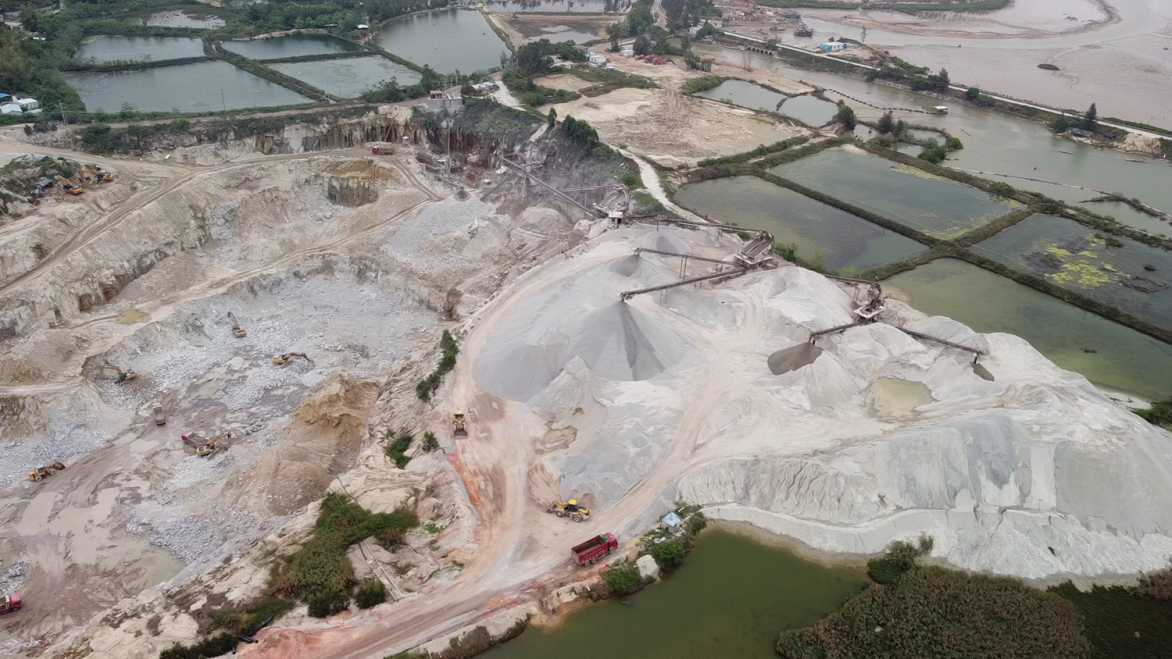 Across Land and Oceans: Lee Kai Chung in conversation with Ying Zhou 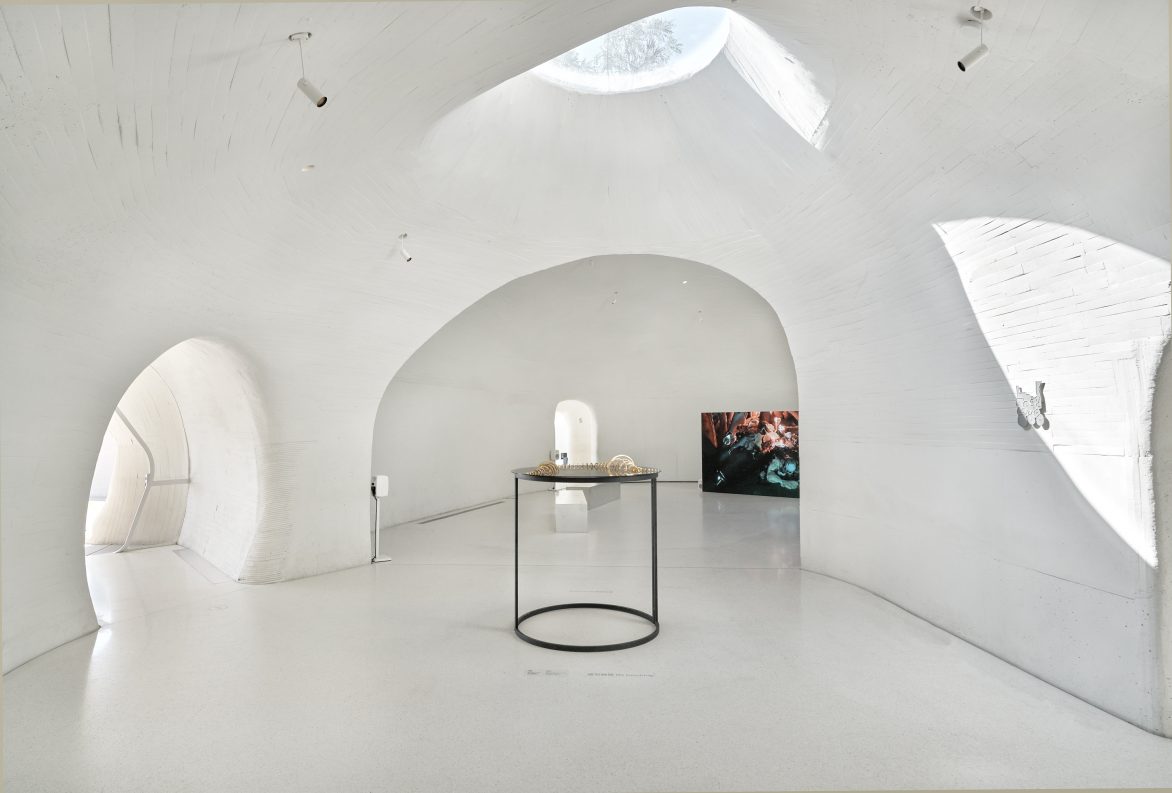