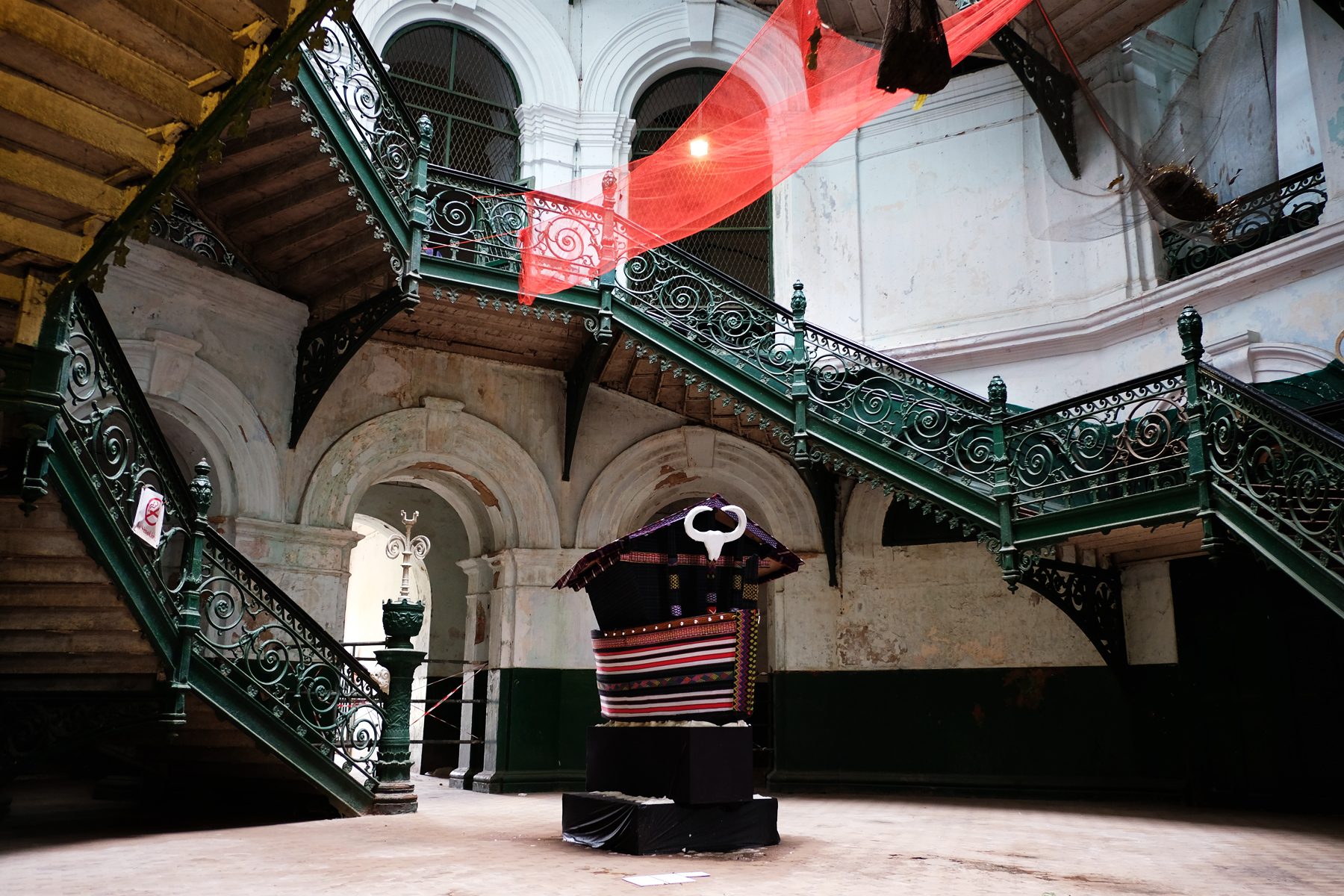 Para Site and TS1 Yangon are delighted to present A beast, a god, and a line in Yangon, Myanmar, set to be the largest contemporary art exhibition in the country to date. Curated by Cosmin Costinas, this expansive travelling exhibition is woven through the connections and circulations of ideas and forms across a geography commonly called Asia-Pacific. Arbitrary as any mapping, not least in contemporary art exhibitions, it could also be known by several other definitions, which the exhibition explores and untangles. The stories in A beast, a god, and a line journey on routes going back to several historical eras, starting from the early Austronesian world that has woven a maritime universe surpassed in scale only by European colonialism and is taken as the speculative and approximate geographical perimeter of this exhibition. Overlapping and sometimes conflicting or barely discernible beneath the strident layers of contemporaneity and the modern waves of destruction, these fluid worlds are still the pillars of a region that is going through a process of replacing its colonial cartographic coordinates, a process this exhibition proudly serves.

The exhibition works from the perspective of the current critical moment in the world, with its generalised loss of confidence in the ideals and certainties of Western liberal democracy that have shaped globalisation in the previous decades. Across the region, as well as in the West’s centres of power, alternatives and challenges to the liberal consensus are being unfolded, often based on various attempts to create parallel narratives to Western modernity. The arising question is, what comes after the loss of this unifying ideal that drove our world over the past decades? What, if anything, should still be defended from it? Contemporary art has been a privileged expression of that globalising drive, often serving it rather paradoxically through essentialising regional shows, something this exhibition decidedly rejects. As the breakdown in the unity of ideals that lead to globalisation is challenging the basis of a common ground for contemporary art, the exhibition wonders how other shared premises could be negotiated. How can an aesthetic basis for the language of contemporary art be accepted if the ideological bases of contemporary art are crumbling? How can positions that claim disparate and conflicting genealogies sit together in a shared exhibition space?

A beast, a god, and a line relies on a multiplicity of languages and includes artists of various historical, cultural, and geographical backgrounds, many of them being among the most powerful voices who are today reinventing the significance of matter, objects, and forms, their genealogies and deep significance. These are complemented by other practices based on more investigative approaches to art making, where form, content, and political positions are researched and presented as evidences and references. A leading line through the various aspects and works in the exhibition is drawn from the language of textiles, weaving together several of its historical traces and layers. A material and vocabulary common to different cultural spaces, textiles also have a firmly routed history in art, making them possible sites for parallel processes of historiography. Textiles hold a different position in negotiating relationships with places and contexts, in ways that the individual agency of artists escapes. Their inclusion in ethnographic narratives also makes them a fertile battlefield for challenging the methods and the field itself of ethnography. In spite of the exhibition’s diversity of positions, A beast, a god, and a line is not based on an ethos of discovering or introducing artists from presumably marginalised regions, but by working within the premise of an already fragmentary and decentralised art world.

Perhaps the most visible of the issues laid bare by the exhibition is the development and spread of politicised religion and its structures in the form of Salafi Islam, violent Buddhism, Hindu fascism, and revivalist Evangelical Christianity engulfing the region, as well as almost every context in the world today, as part of the crisis of Western modernity. Among these complexes of hate, several works deal with the growing Islamophobia as a global phenomenon with various local manifestations; many are informed by the contemporary waves of migration and refugee crises, which often follow ancient routes of circulation and exchange, and are commonly manipulated today as the pretext for the rising nationalist discourses; while other works explore the hybrid manifestations of the sacred in the new global vernacular languages of pop.

Western hegemony (and contemporary art) are also challenged from a fundamentally different premise, that of unfinished processes of decolonisation and resurgent indigenous identities, which are reflected both in the subject matter and in the aesthetic choices of several artists in the exhibition. A beast, a god, and a line includes explorations of systems of knowledge, visual worlds, as well as economic and ethical issues behind the representation of indigenous communities across South and Southeast Asia, often ignored by the narratives about exclusion and social polarisation in this region. Throughout the exhibition, artists investigate traces of colonial domination, as well as the different ramifications of that hegemony today, when cultural and environmental genocides continue to unravel landscapes, communities, and worlds, particularly among the most marginalised indigenous groups.

Exhibition organised by Para Site, Dhaka Art Summit, and Museum of Modern Art in Warsaw. It was first shown at Dhaka Art Summit in February 2018 and subsequently at Para Site, March-May 2018. After Yangon, it was on view at the Museum of Modern Art in Warsaw, Poland, from July to October 2018. The exhibition will be travelling to Kunsthall Trondheim, Norway in November 2019 and MAIIAM Contemporary Art Museum, Chiang Mai, Thailand in early 2020.

The exhibition was brought to Myanmar by TS1 Yangon. It is hosted by Pyinsa Rasa Art Space at the Secretariat. 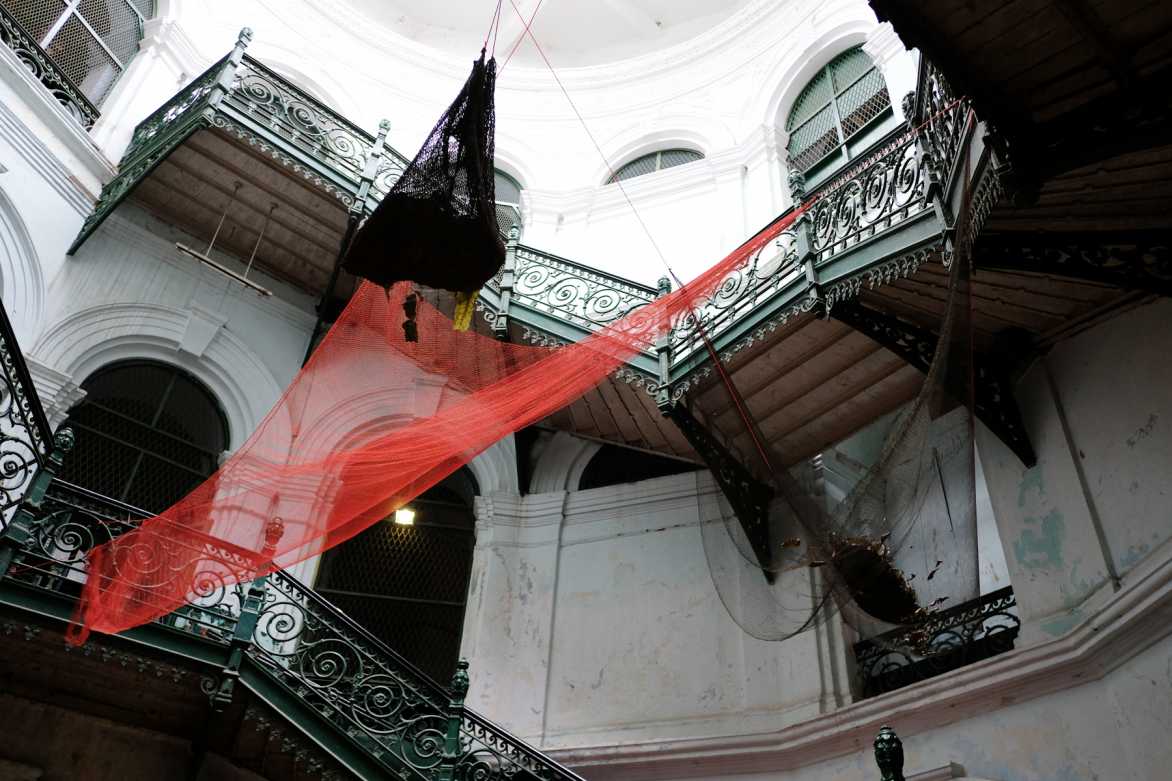 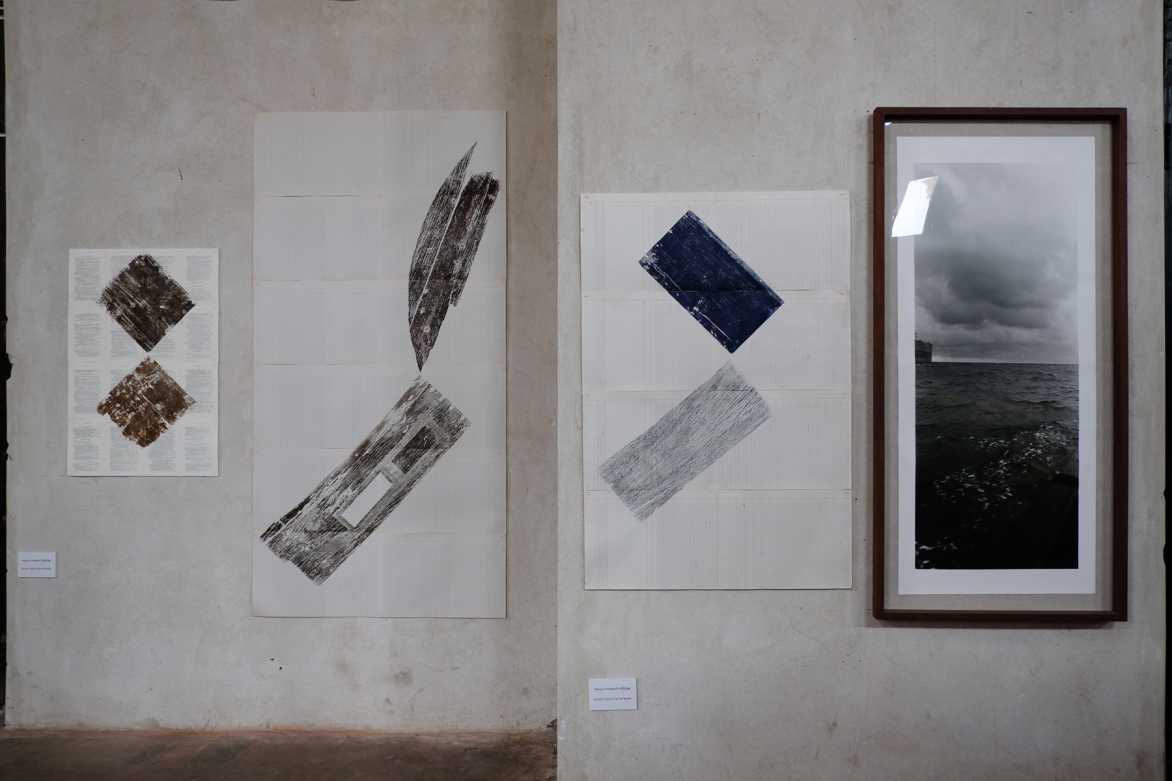 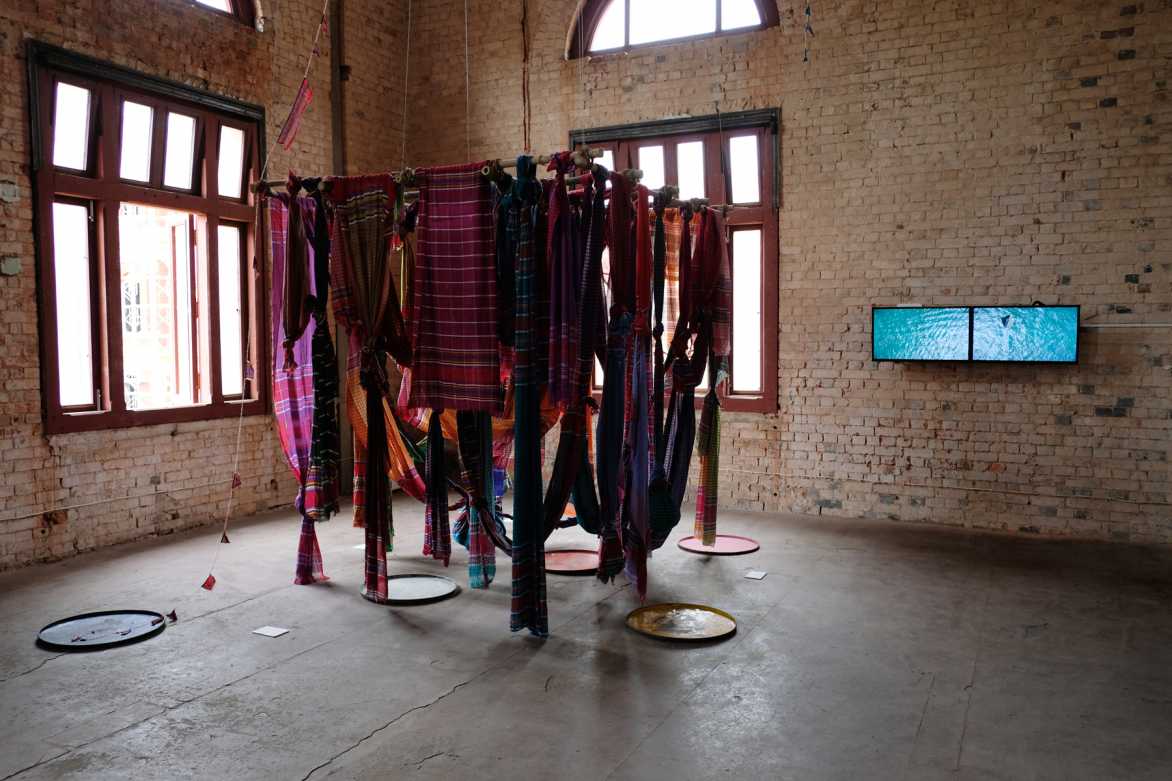 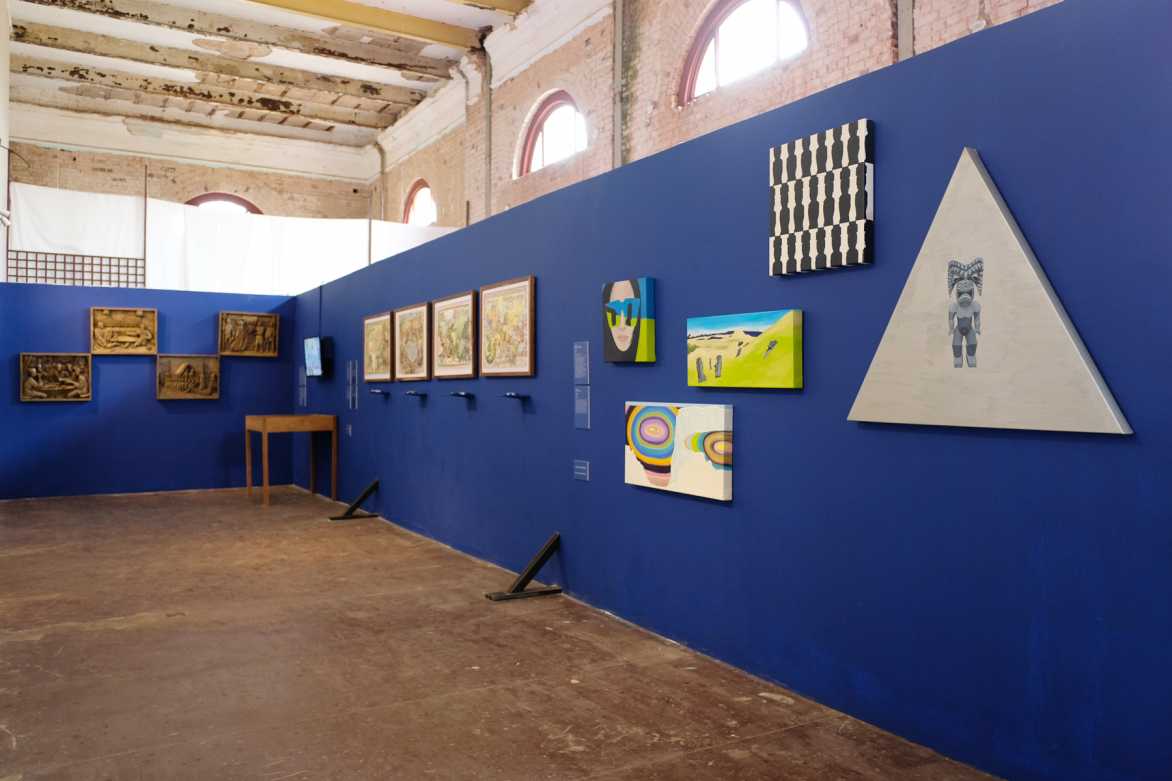 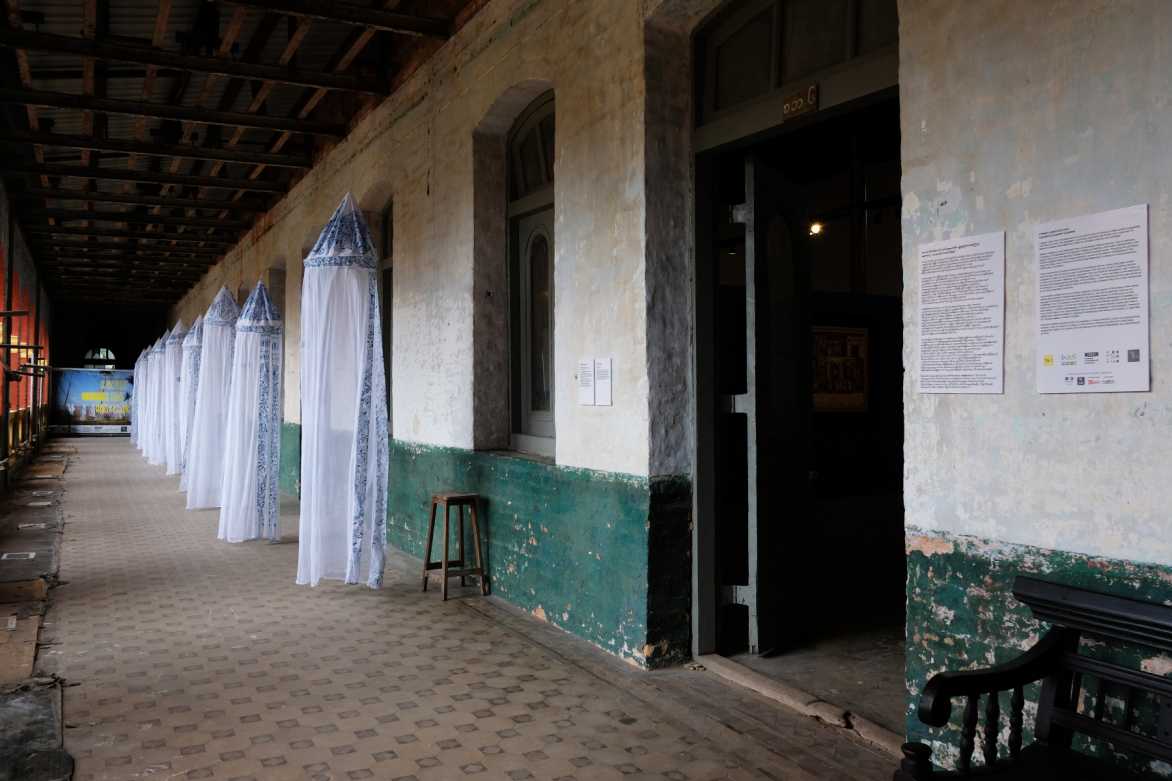 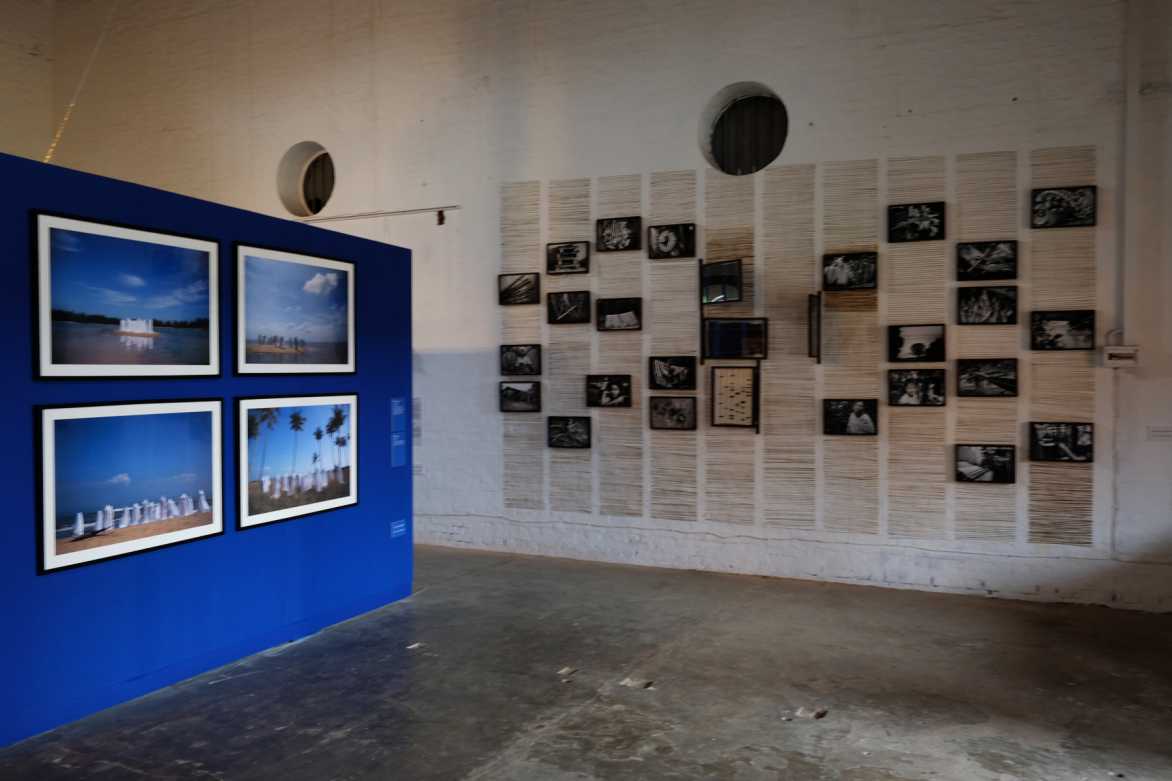 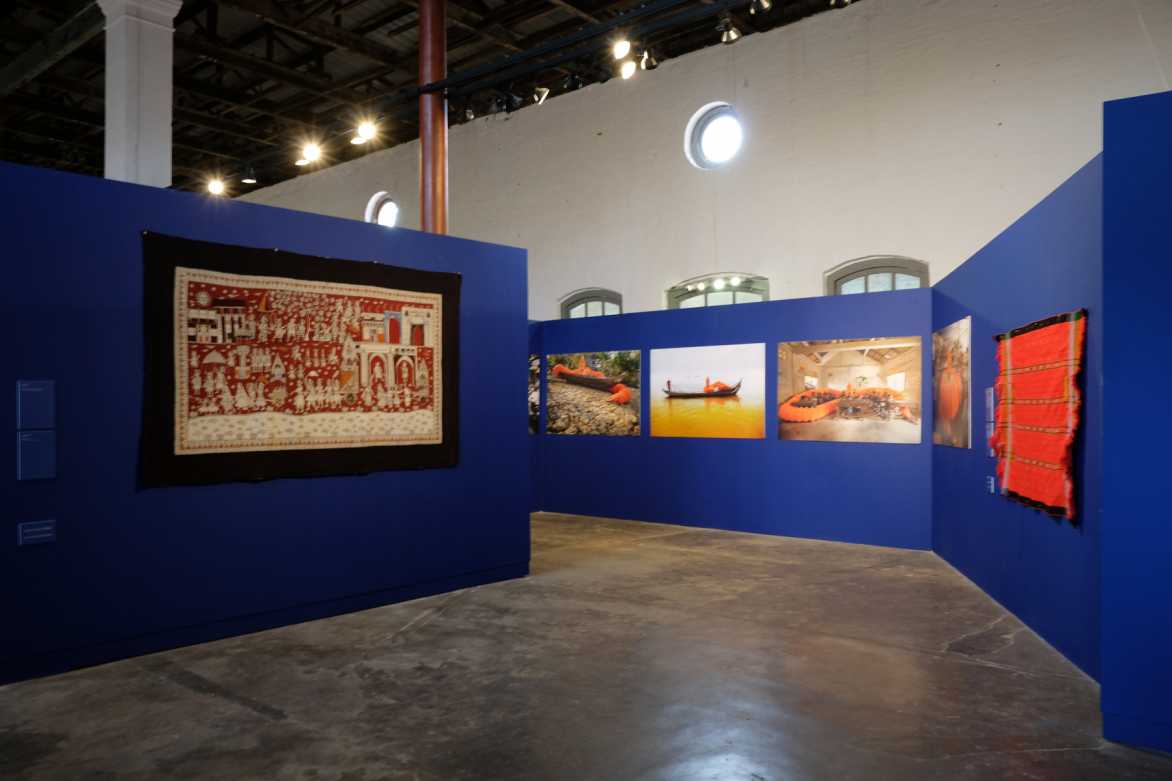 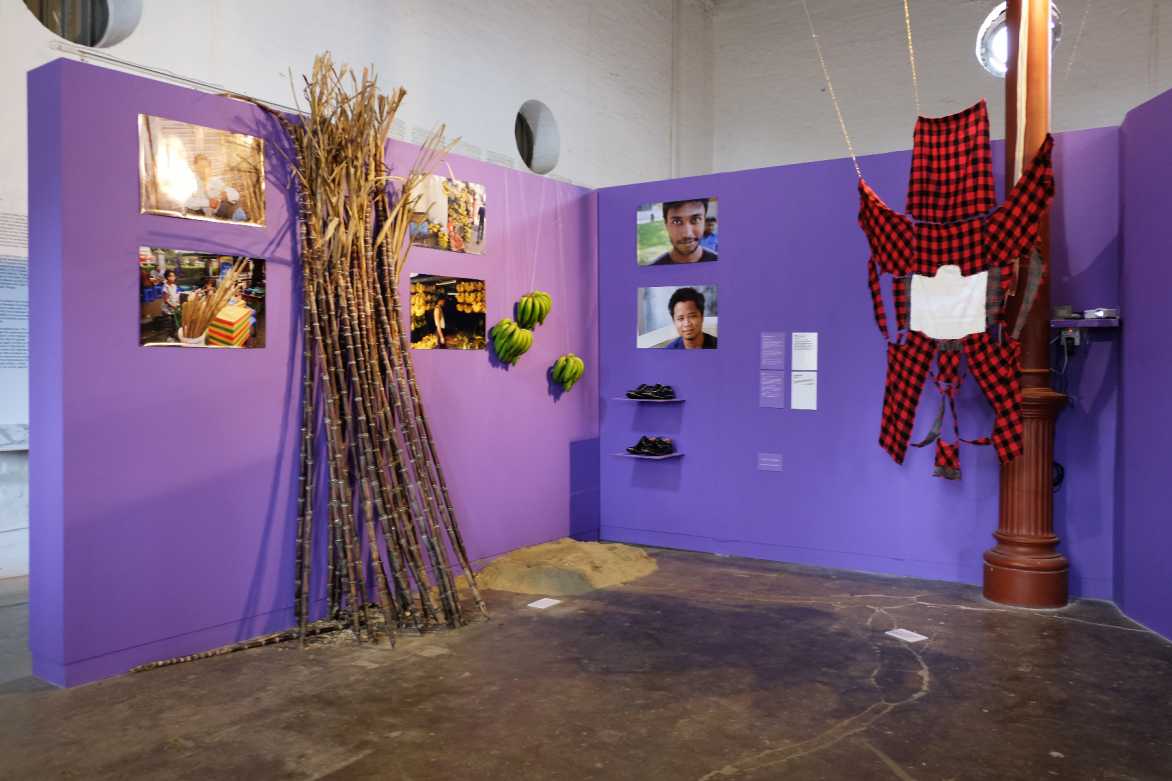 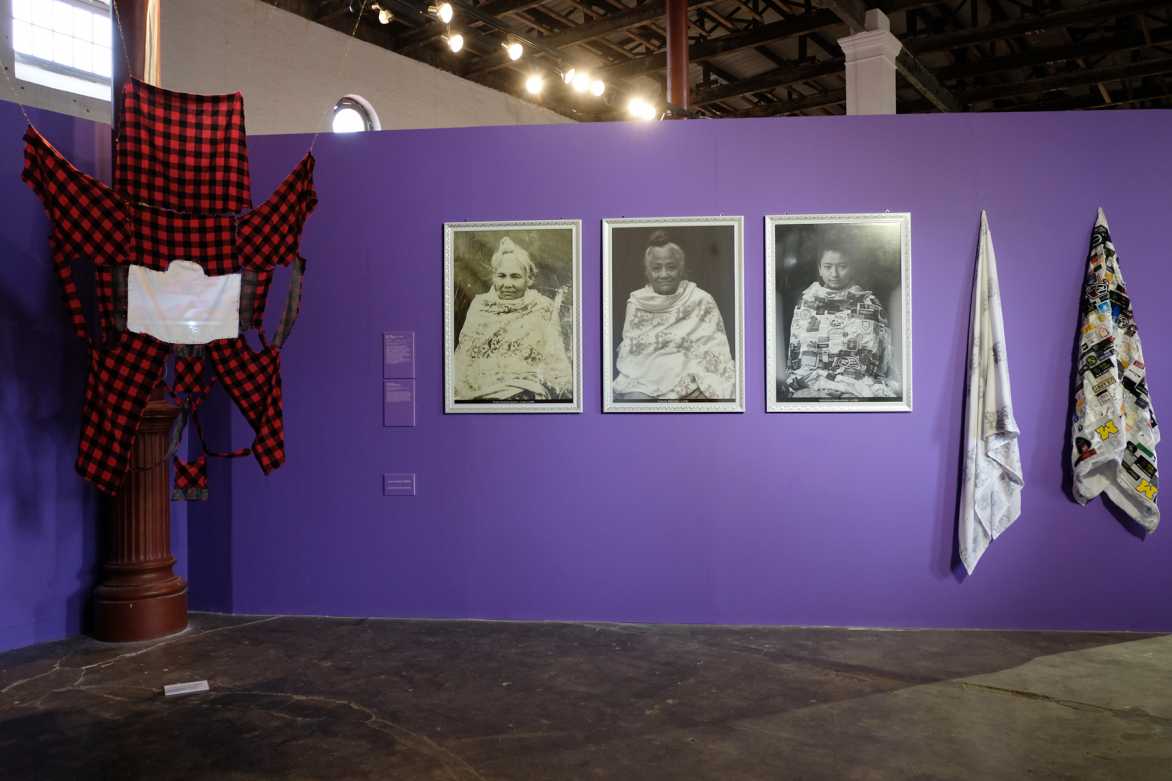 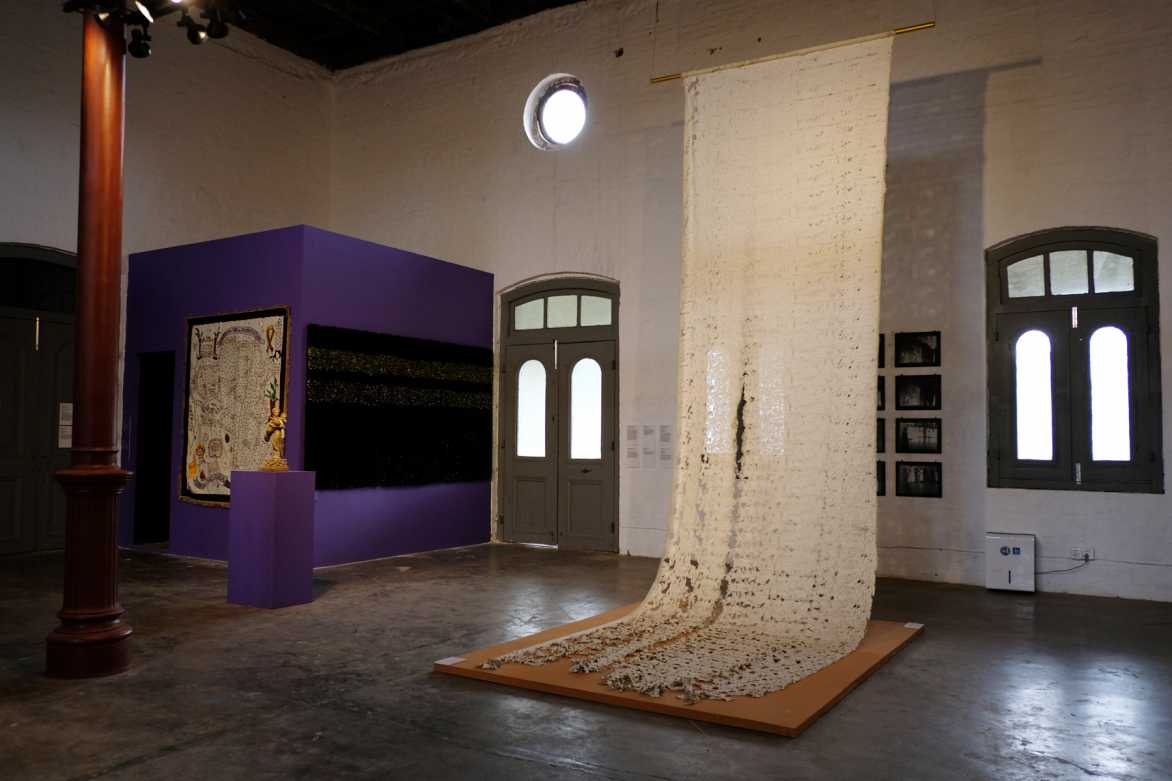 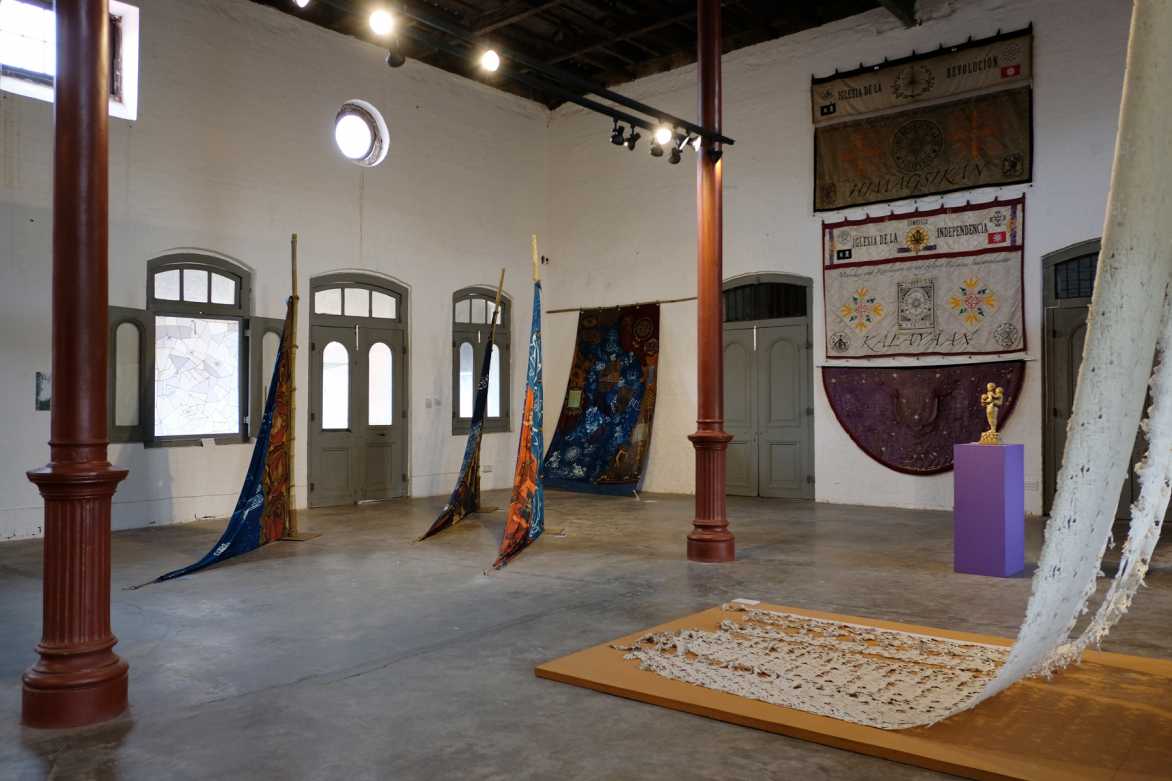 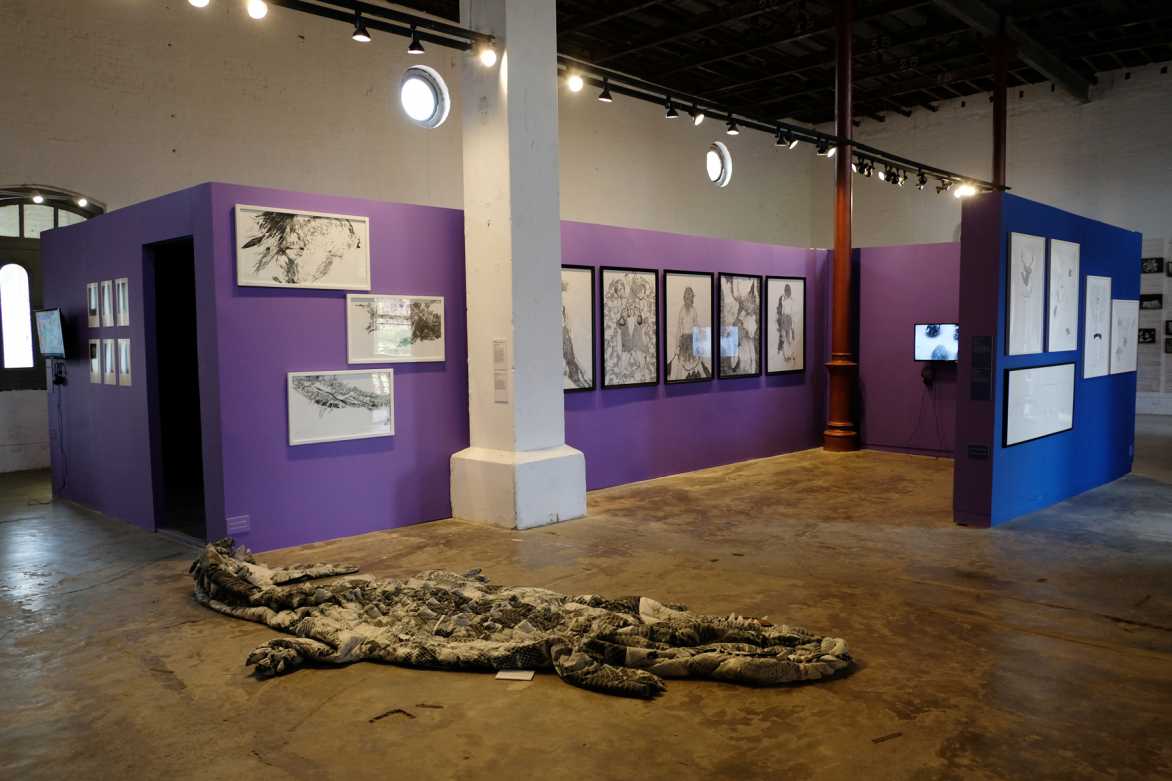 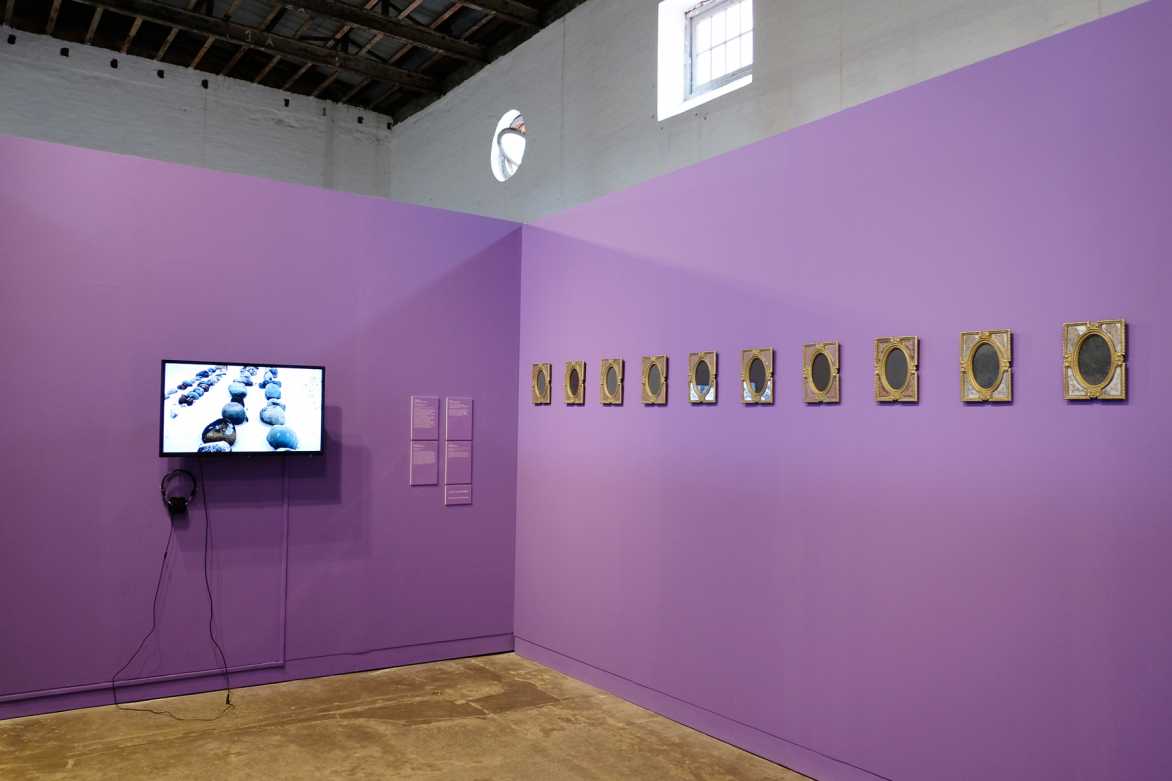 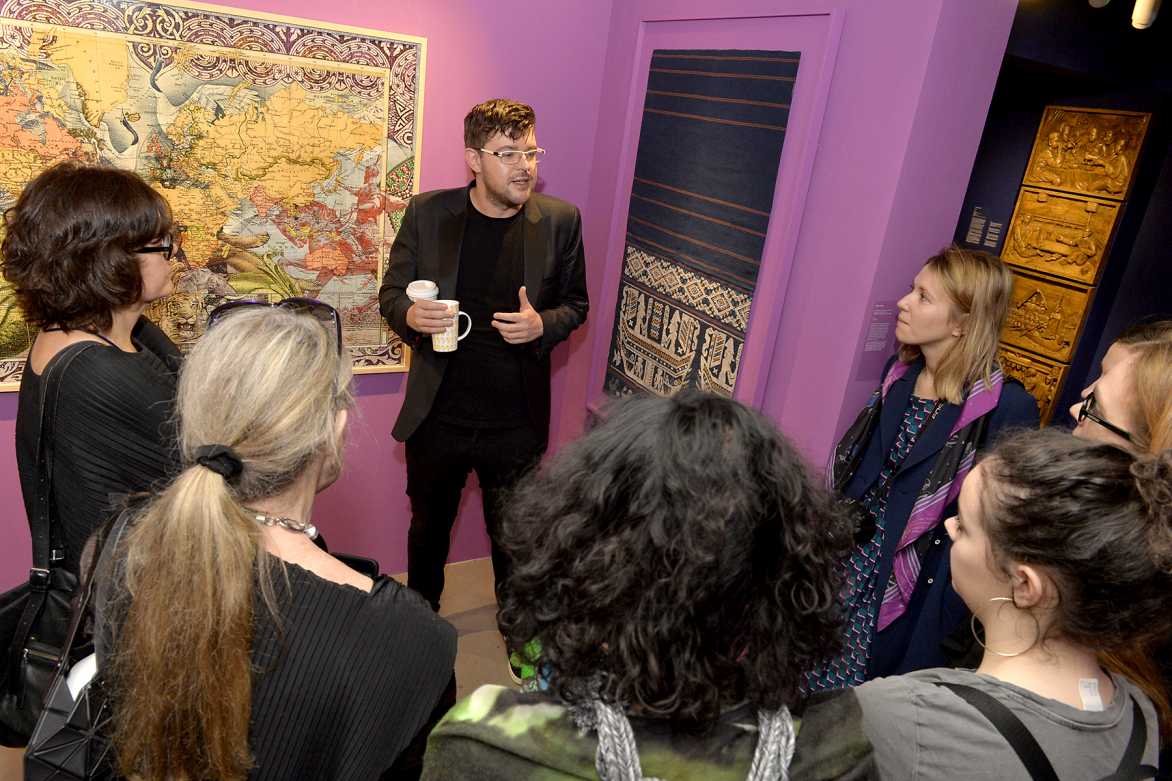 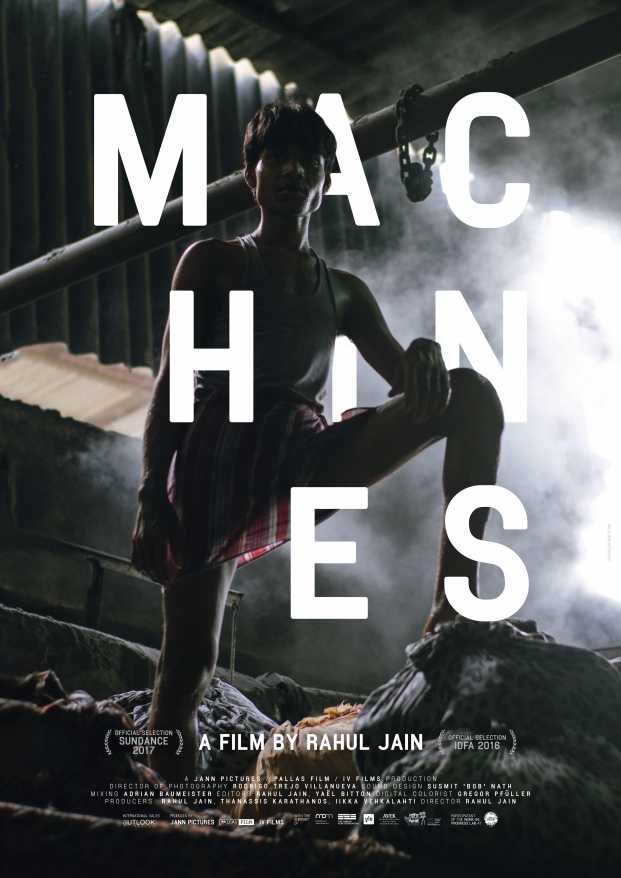 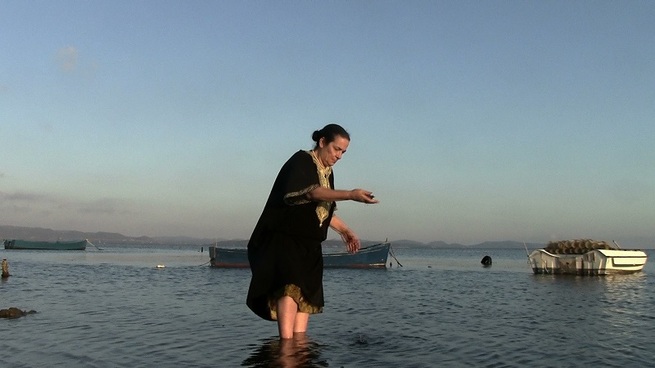 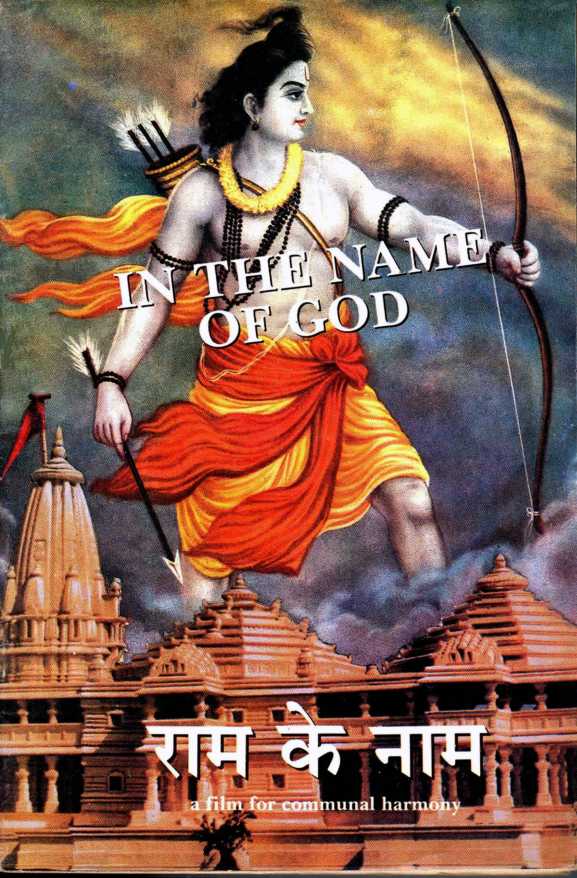 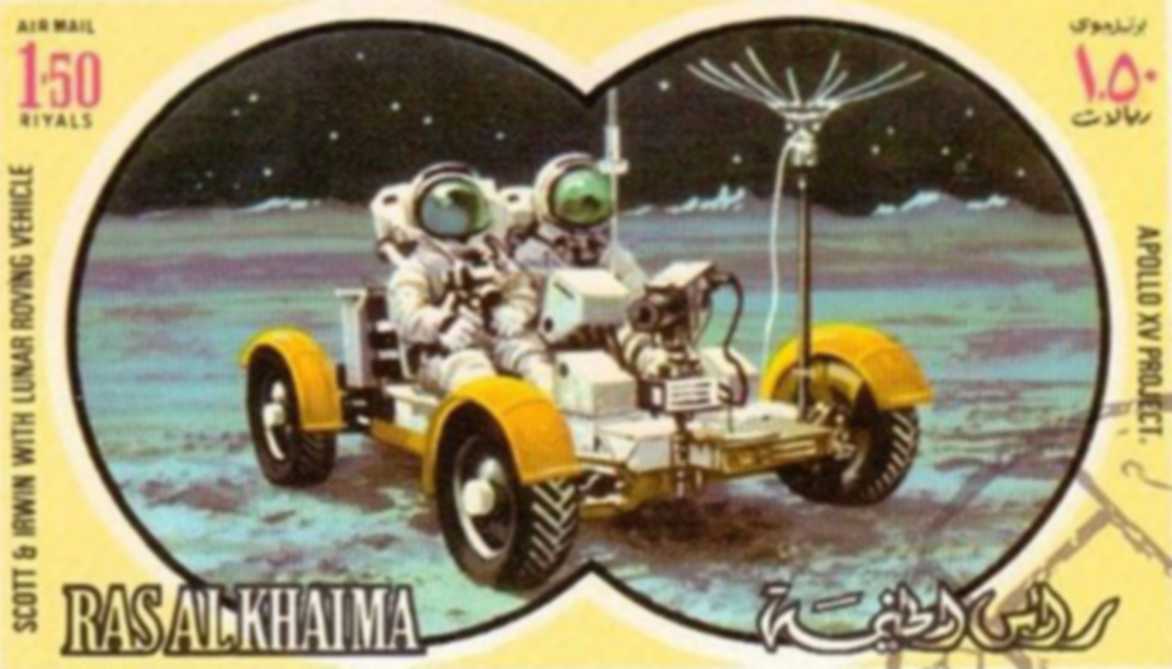 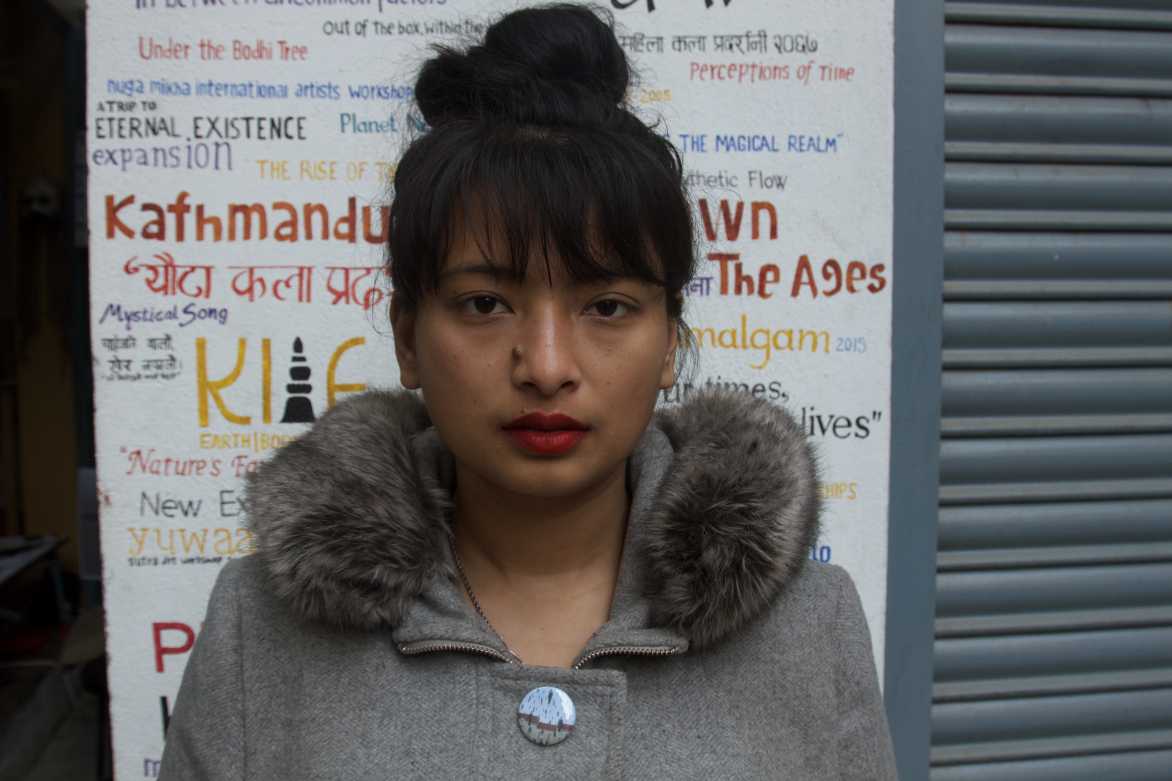 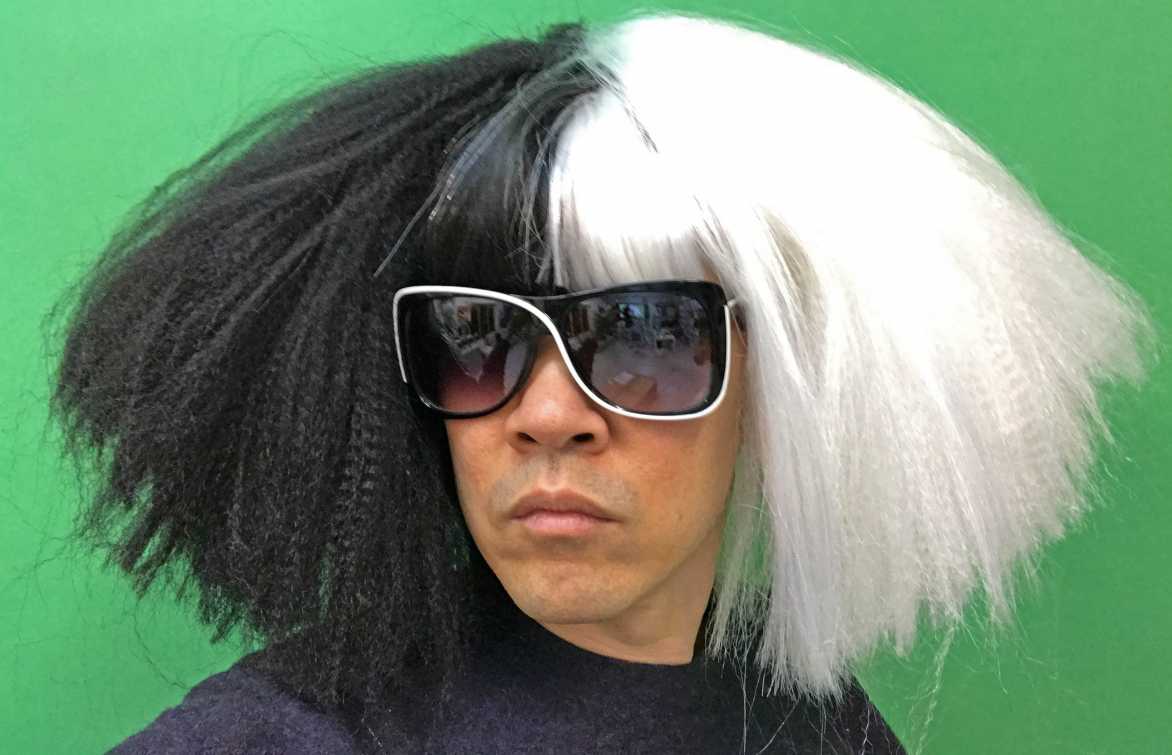 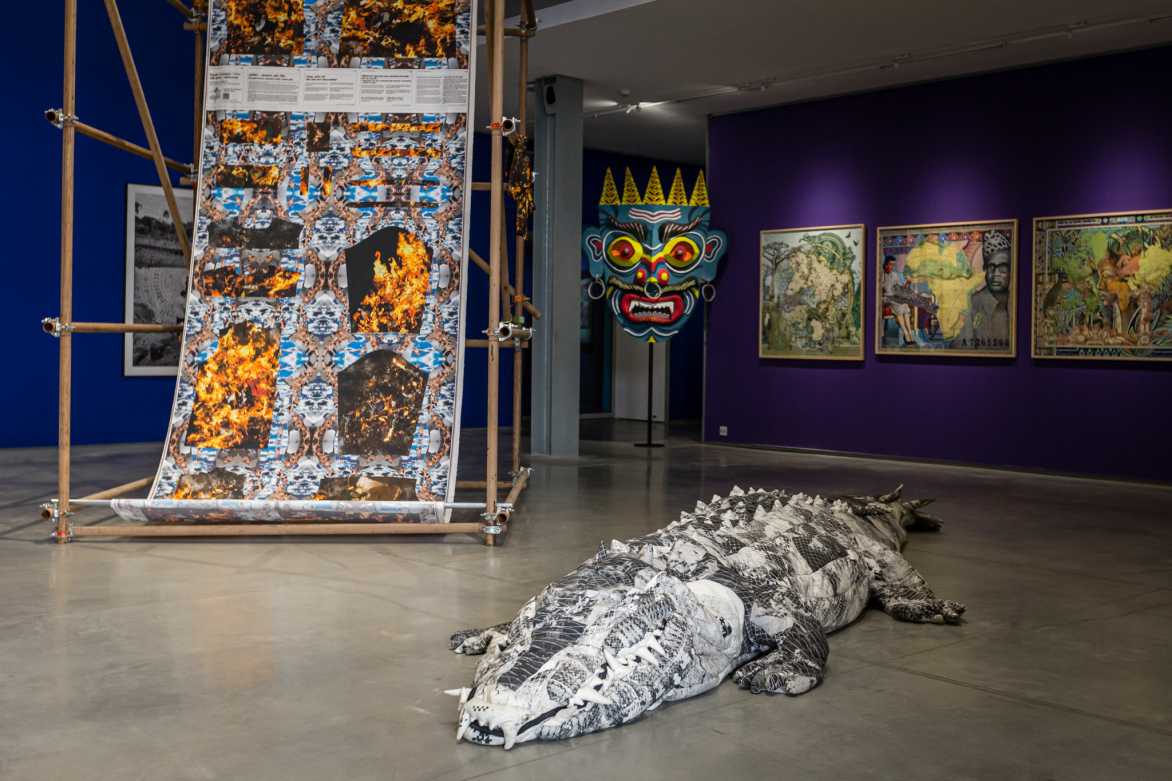 A beast, a god, and a line | MAIIAM Contemporary Art Museum 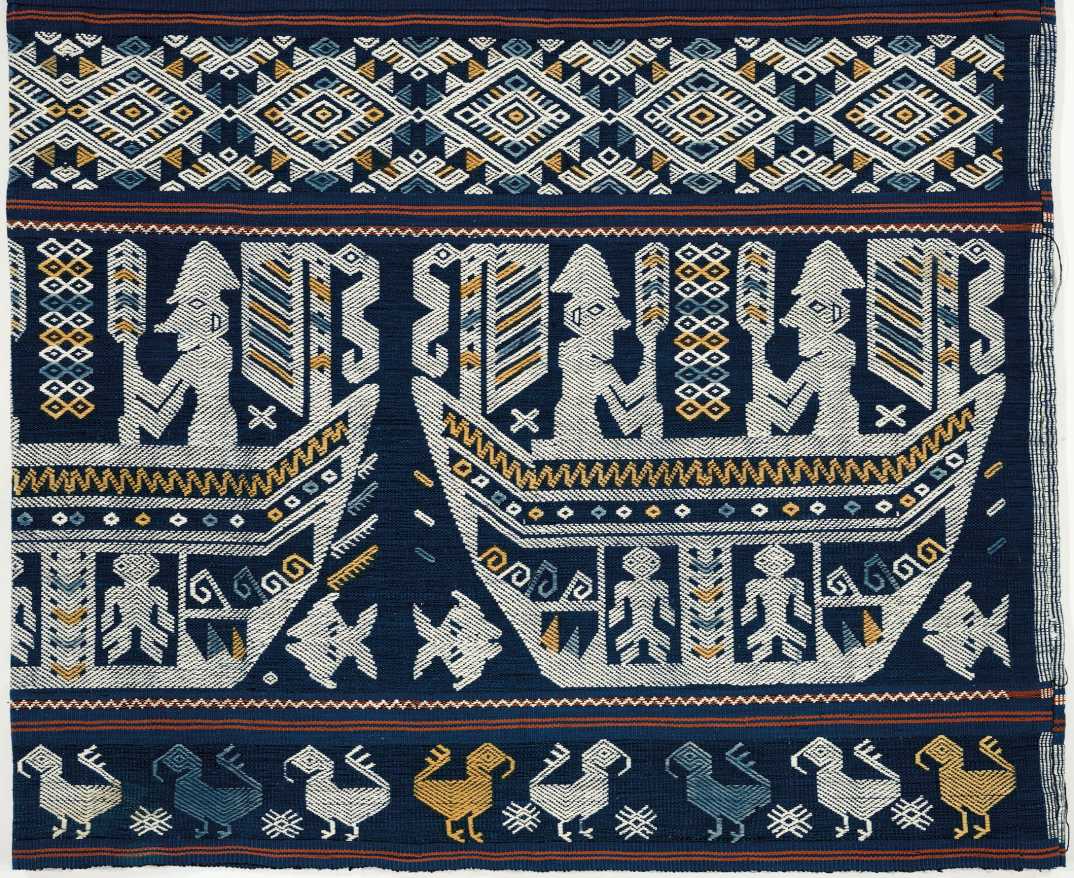 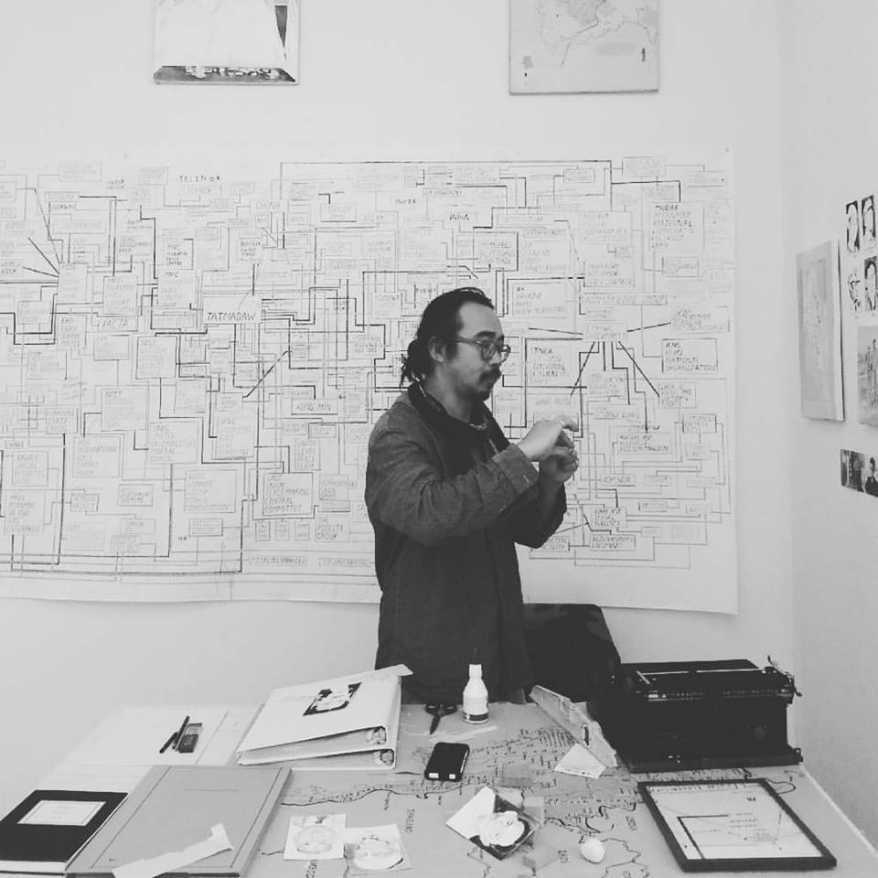 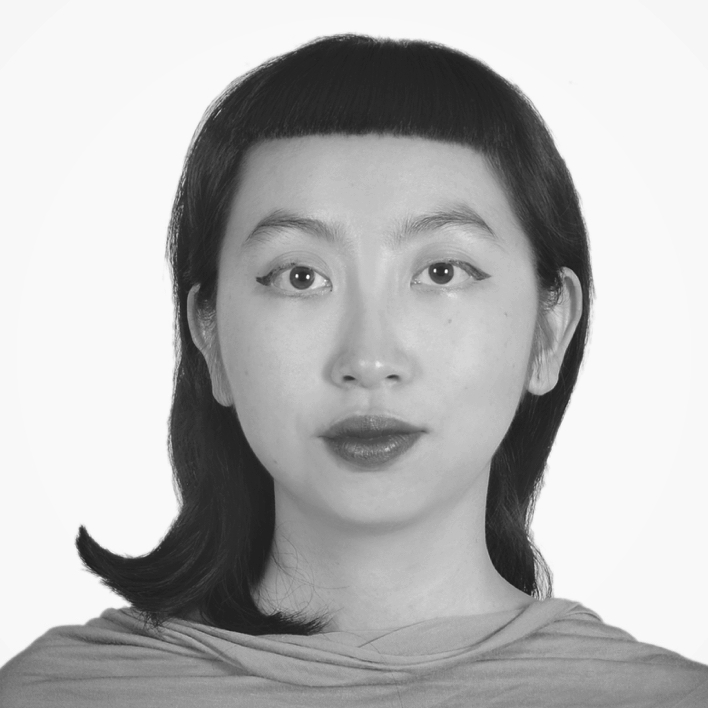 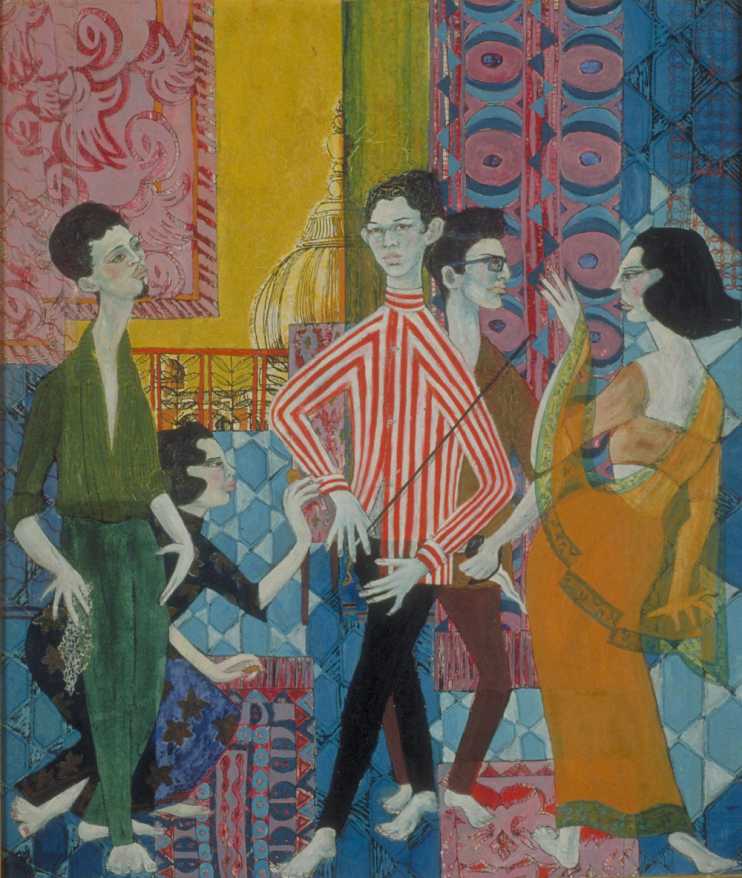 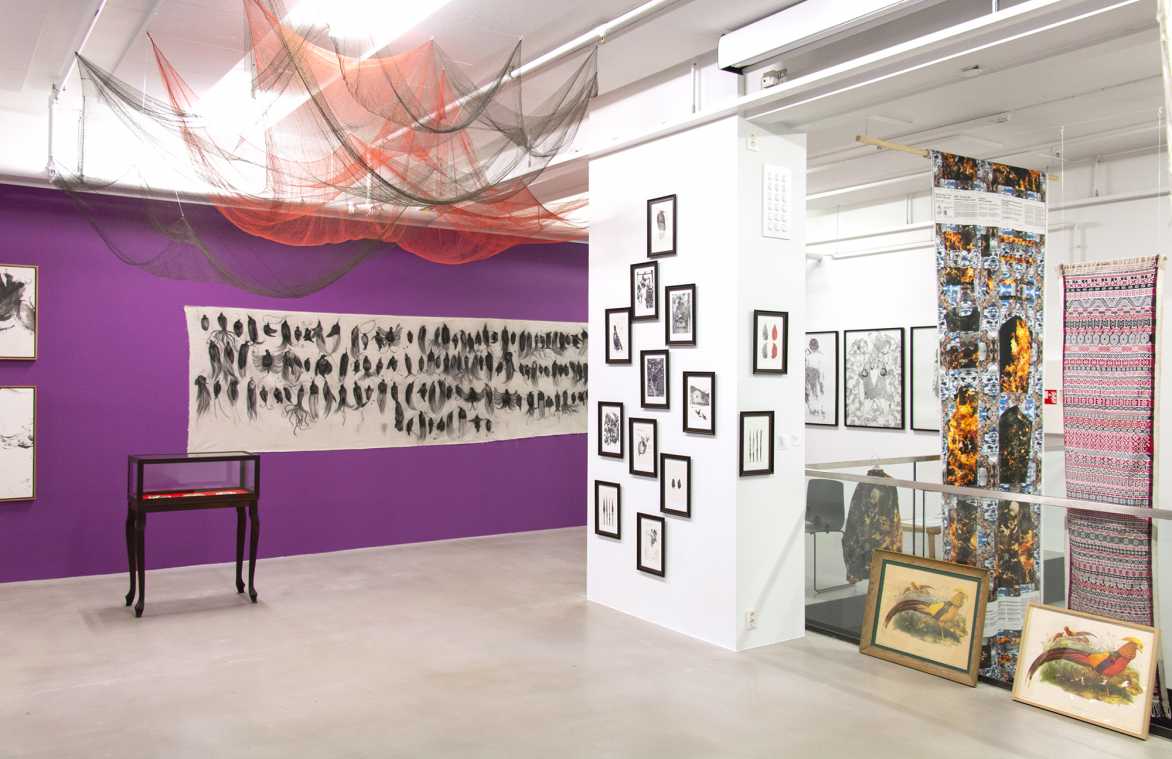 A beast, a god, and a line | Kunsthall Trondheim 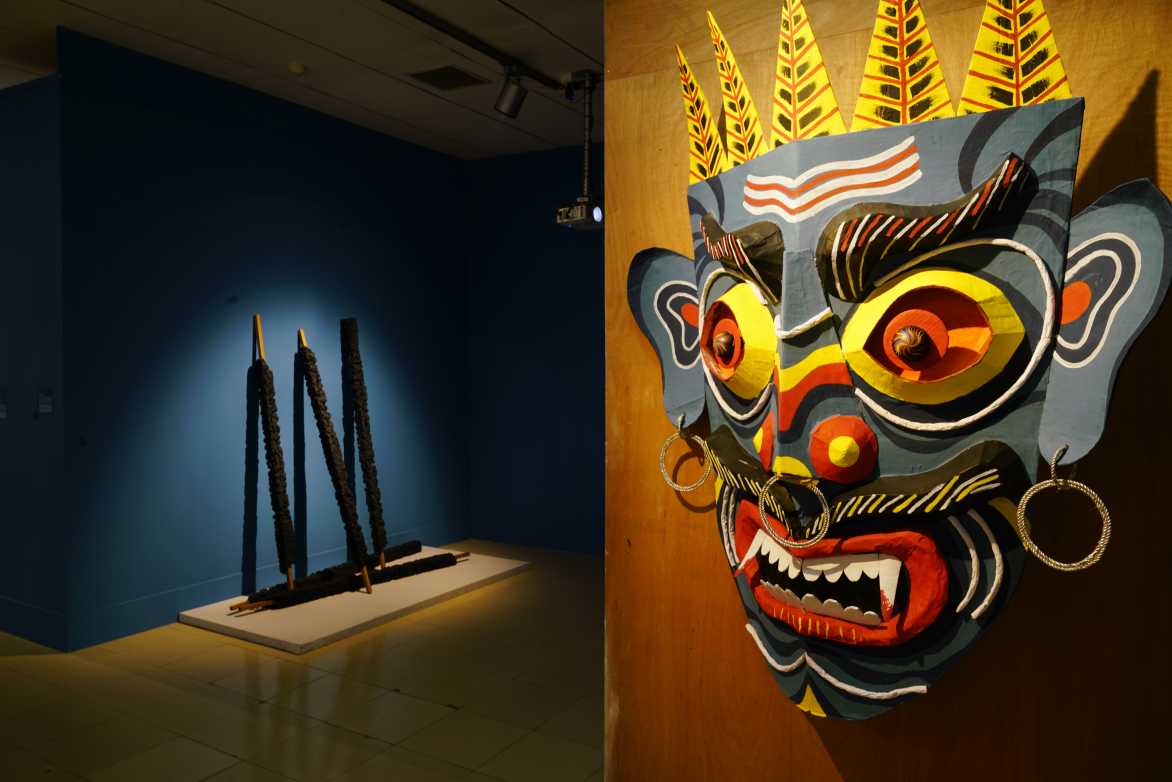 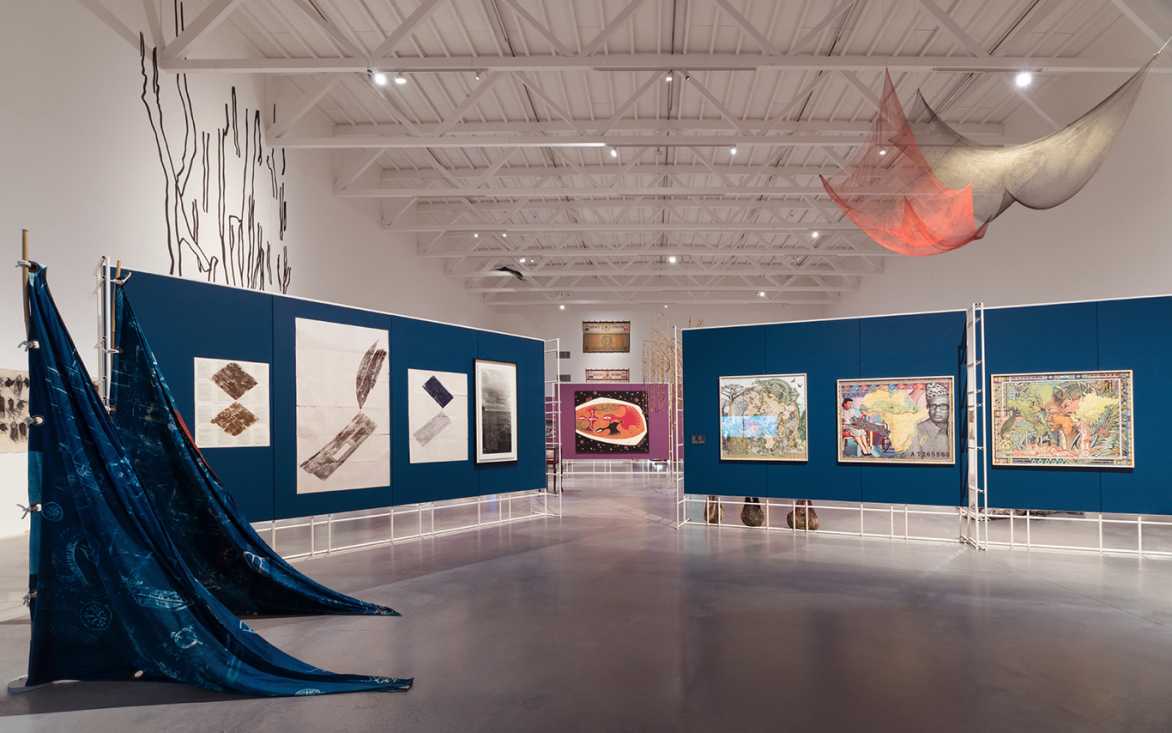